A body is discovered floating in the harbor and this time it’s the missing ex-Piedras Marine officer Duane Cooper.

Black Moon, third in the Veiled Intentions series, Black Moon is a dual POV following Sheriff Mat Dempsey and now Private Investigator Niall Hamarsson as they grope their way to a happily ever after.

Black Moon is the third book in the Veiled Intentions (formerly Hamarsson & Dempsey) series. Hopefully not the last. It follows directly from the awkward and very Niall proposal from the second book, Long Shadow.

The series is set in a small island of Piedras, part of the real life San Juan Islands in Washington. Island natives Niall Hamarrson and Sheriff Mat Dempsey both grew up in the island, moved away as adults, only to come back to their hometown later on. Niall, as way to find himself perhaps and Mat, after his father died.

The two started off antagonistic but Mat is a do-gooder who slowly but surely chipped away at the walls Niall built around himself. Fast forward many months later, Niall and Matt were trying to squeeze in wedding planning amidst murder investigations, new jobs, bomb explosions and buildings collapsing. A man involved in the previous case and who was missing for months was fished out of the water, dead.

I’ve been following this series since the beginning and I loved watching the characters grow. Niall in particular. Look how far he had come! When I first met him in Book 1, Conspiracy Theory, he was a grumpy bastard who barely said a word to anyone. The longest sentence he uttered was when he was talking about his dog, Fenrir.

Now, well, I wouldn’t say he’s a completely different person but you can definitely see his warm, caring side. Especially when Mat and animals are involved. He’s not really talking more but at least he talks. He’s even getting along with his new co-workers at West Coast Forensics, a private investigation firm.

I also loved how even if the two men were settling into a nice, comfortable domestic routine, the romance is far from boring. There’s enough external conflict to keep them on their toes. With work as dangerous as theirs, it’s just right that they have something safe and normal to come home to. And even if they had huge blow ups, they don’t let the bad feelings fester. They always talk and work things out. They’re complete opposites but they just synced perfectly!

The case was a tough one. It had me guessing until the big reveal. Mat unearthed a decade old secret about his father’s death. Niall was doing his usual bullheaded best by ‘helping’ with Mat’s investigation whether his fiance wanted him to or not. The big guy was supposed to rest after a building collapsed on him. But obviously, not one for staying at home and twiddling his thumbs. Not one to concern himself with legalities either.

The mystery connects to the previous cases as well as the author’s other books. There were many characters from other series that made appearances. I enjoyed this part a lot. It introduces a bigger world and more stories to explore.

This series has great supporting characters. There’s Alyson, Mat’s mom, as well as his sister and niece, who welcomed a long-lost Viking and his new-found mutt to their home right from the very beginning. There’s Birdy, Mat’s deputy and, possibly, the only capable officer in their perpetually understaffed department. There’s Marshall Soper, the only doctor in the island who had to double as a coroner. There’s smooth-talking lawyer, Shay, Niall’s half-brother, who he now likes. I hope Shay gets his own book.

The pacing here was better compared to the second book. It was faster and more consistent, giving a sense of constant motion while still delivering tension. There was ample time for the plot to develop properly. The downtimes didn’t lag. All in all, the best written installment in the series.

It also felt like a finale. Aside from the wedding, it wrapped up a lot of loose threads. It gave the boys their hard-earned happy ending and returned Piedras Island back to its sleepy, peaceful state. If Black Moon is indeed the last book, it’s a fitting conclusion to this compelling story about a big taciturn man and his giant dog, a kind-hearted sheriff who wouldn’t quit and a tiny island that always feels like home.

Veiled Intentions should be read in order.

Find out how a grumpy Viking found his way back to the home he thought he would never see again and a sheriff who wouldn’t leave him alone in Book 1, Conspiracy Theory. Check out my review here.

Witness how glacial that Viking can get when it comes to making up his mind about the sheriff (a patient, patient man bless his heart) in Book 2, Long Shadow. Check out my review here.

If you like my content, please consider using my Amazon affiliate links below to buy your copy of Veiled Intentions books. As an Amazon Associate, I earn from qualifying Amazon purchases at no additional cost to you. 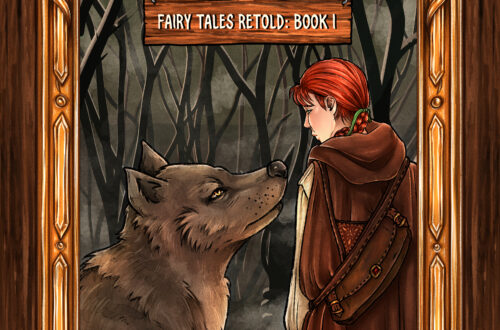 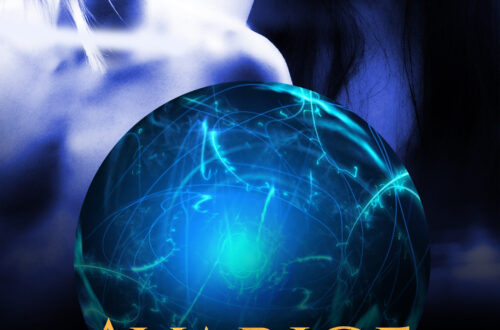 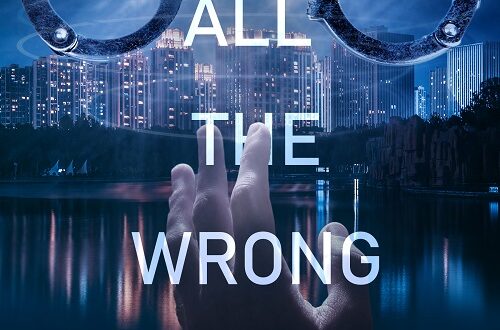