Ex-Special Forces Communications Sergeant Jacopo “Jack” Constantino knows a thing or two about communications technology. As head of Cyber Security at Four Kings Security, Jack spends his days working with high-tech systems. Life for Jack is pretty uneventful—despite working with his brothers-in-arms—and he finds himself longing for a little excitement.

Fitz spent the last two years picking up the pieces of his life after a disastrous end to a ten-year relationship. After much therapy, and ice cream, Fitz leaves the fashion world behind and returns home to St. Augustine to open his own high-end salon, Hair Comes Trouble. Two years later, Fitz finally has the quiet, peaceful life he’s wanted for so long. There’s only one thing missing, or rather, one man missing, but Fitz has his doubts. With Jack, he’s not just gaining a boyfriend, he’s gaining a boyfriend, his family of mischief-magnet ex-Green Berets, and one highly opinionated Belgian Malinois.

Fitz and Jack discover their connection has only grown stronger over time, thanks in part to meddling friends, but just as they start to pick up where they left off, someone takes objection to their reunion. Danger hides in the shadows, a stalker determined to keep Fitz out of Jack’s life, no matter the cost. With the odds stacked against them, can Jack and Fitz win a battle against an unknown enemy, or will Jack lose Fitz forever?

I know Charlie Cochet writes great humor (witness The Prince and His Bedeviled Bodyguard) but Stacking The Deck had me LOLing. Scenes from the book even started popping in my head the next day. I was chuckling to myself while working. These guys are crazy!

The Kings here refer to King, Ace, Red and Lucky who co-own the Four Kings Security company along with Jack and his best friend, Sacha a.k.a Joker. All of them are ex-military. The Kings have their own books and I’m pretty sure Joker is going to get one.

Our hero of the moment is Jack, head of the cybersecurity department. He’s super smart, sweet and nerdy. He’s a Macguyver who can fix anything from broken fridges to military parachutes but can’t cook to save his life. Not even toast because him and kitchen appliances don’t get along.

Fitz was a runway hairstylist who got tired of the limelight. He’s been together with his former boyfriend for 10 years until he caught him cheating. He needed a fresh start. Fitz is first to admit he’s high maintenance. He’s wary of relationships because of his cheating ex.

He and Jack had an brief but unforgettable history together where Jack saved his life. This probably happened in the other books. The attraction was strong but Fitz wasn’t in the right headspace yet to start a new relationship. So he ghosted Jack.

Fast forward present day, Fitz is now in a better place, running a successful salon. Jack receives a text from him about a hair appointment and promptly got distracted from monitoring Joker and the guys on the job. He got razzed about it because Fitz texted all of them

Despite all the USTs exploding all over the place, the romance was a slow-burn. Trust had to be gained and the two danced around their feelings. Everybody did their best to help them along because they knew these two dorks are a forgone conclusion.

I loved how the book didn’t hold back on the fluff. There’s this really squee-tastic scene where Fitz was drugged and Jack had to keep him awake on the way to the hospital. Fitz basically confessed everything while Jack in his best gentlemanly self, tried not to take advantage of Fitz in his present condition. The next day, Laz, Fitz’s bestfriend told him all about it. Then he finds Jack in his kitchen where he burns the toast.

Jack is adorbs! His brain short-circuited when he realized he fell in love and had to be talked through it by Joker. Joker his wild, dog-loving, hates being called by his real name, “I’m never falling in love” best friend was suddenly the voice of reason. What is the world coming to?

This is a book about friendship and camaraderie. The author really did a great job with her characters because I remember all of them. King is the alpha and their big brother. His boyfriend is Leo, the best hacker of them all. Red’s a former military doctor. He’s a great cook. His boyfriend is Laz, a fashion photographer. Ace, purveyor of all mischief, is about to be married to his billionaire fiance, Colton. Colton is friends with Laz and Fitz. Lucky is a Latinx whose boyfriend is Mason, a former detective.

The guys are awesome but the star of the show is Chip, Joker’s military dog. Everybody loves Chip.

I appreciated that the author really made the effort to get all her well-loved characters in the picture so readers who want to check in on their favorites get a treat. There were a lot of cute scenes that were mostly there for cuteness sake, all designed to reduce you into a warm puddle of goo. The writing is so thorough in providing every detail, it’s like she anticipated all our questions. It gave all the information we need, giving hints to potential love interests because 99% of the male characters are queer

The thing with this, however, is that it’s easy to guess who the good guys are and who’s not. If their eye color is mentioned, it’s probably either they have a book or will get one in the future. The faceless ones are usually up to no good which makes the mystery weaker. Understandable, since it comes as third priority to the romance and the group dynamics.

While totally consumable as a standalone, Stacking the Deck is best experienced by reading Four Kings Security first. I have not read the main series yet and nearly got lost on the who’s who at the first parts because this had a huge cast. Not only you meet all the ex-Green Berets and their boyfriends, there’s also the other supporting characters that make their appearances here and there. There were a lot of inside jokes and references to hilarious past events that had me itching to start on the other series.

All in all, this spin-off is off to a rocking start! Recommended if you’re up for some fantastic, fan-servicey, escapist fun.

Review of The Prince and His Bedeviled Bodyguard here

Soundtrack: Moonlight
Artist: Future Islands
Album: As Long As You Are

If you like my content, please consider using my Amazon affiliate links below to get your copy of Stacking The Deck. As an Amazon Associate, I earn from qualifying Amazon purchases at no additional cost to you. 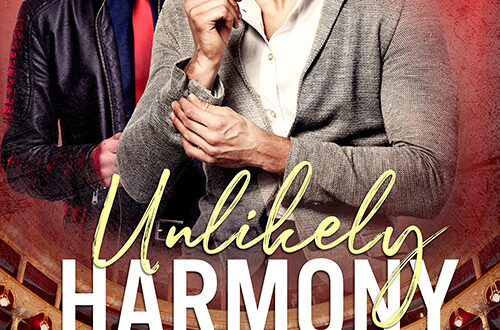 FIRST LINES FRIDAY 56: It Started Out With a Kiss, How Did It End Up Like This?!