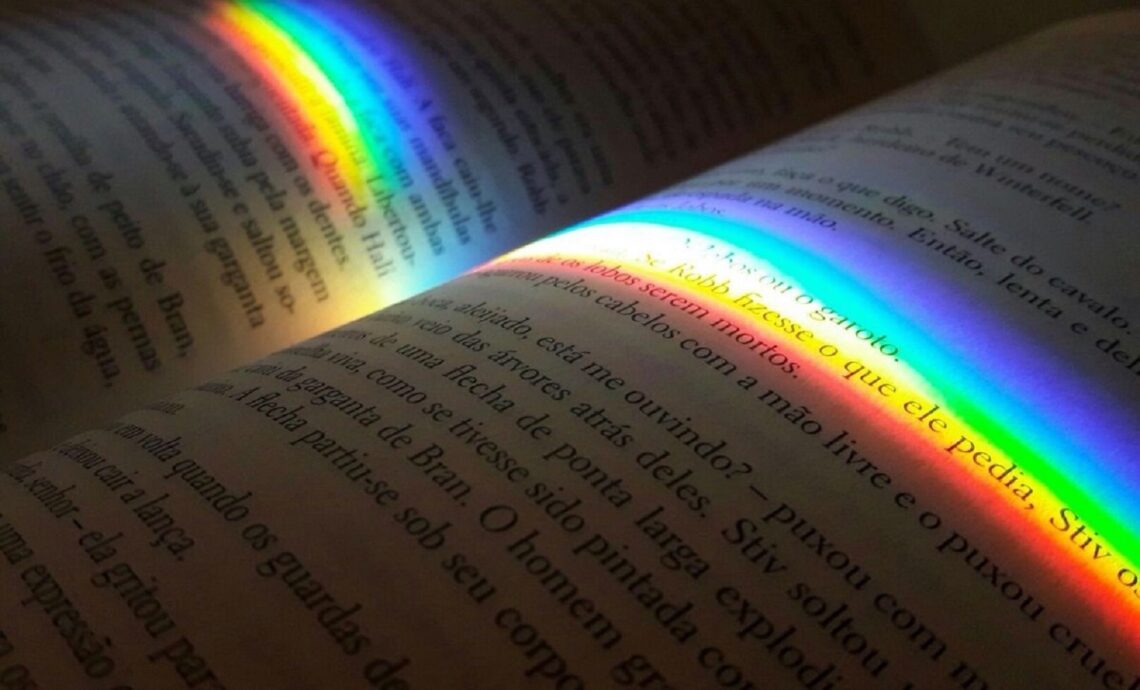 This tag was originally created by Common Spence on Youtube. I found this tag @PaperbacksandPlanners

Check out the songs at the end of the post.

Red (Life)
A book with a spirited protagonist totally proud of who they are. Someone who gives you LIFE!

This might not be the highest rated book out there but my boy Finch could sass his way into people’s heart. He certainly did to mob boss Luca. The man may have been forced to marry Finch to save his life but the mafioso was already smittened anyway. Has been since their first meeting 5 years ago. Finch makes no apologies about who he is, not his sexuality nor his pampered lifestyle. He knows he shit and he makes things happens. He gives me life.

Orange (Healing)
A book that made you, as the reader, find a deeper meaning or catharsis in your own life.

I am typically wary of books that deal with mental illness. Not because they hit close to home but because they tend to feel heavy and miserable. I don’t like to feel that weighed down feeling no matter how much I empathize with the character. Garrett Leigh‘s deft hand not only made this book respectful and accurate in portraying bipolar disorder, she made the story highly emotional but without the unnecessary drama.

Soundtrack: All The Trees of the Field Will Clap Their Hands
Artist: Sufjan Stevens
Album: Seven Swans

Yellow (Sunshine)
A book that fills you with so much joy it could brighten even your darkest day.

Every since I realized how much of a joy her books are, I’ve been obssessing over Charlie Cochet‘s stories. Four Kings Security was so damn fun but so far my favorite Green Beret is Jack. He was actually the first one I met in the Four Kings world. I had such a great time with his second chance of sorts story that even though I hardly do re-reads, I read it again just recently.

Soundtrack: Moonlight
Artist: Future Islands
Album: As Long As You Are

Green (Nature)
A book that is set out of this world — a reality different to our own.

This underrated scifi drama is first set in a pirate ship, late at a rogue planet. The world-building did its job, giving a good sense of time and place. It tackled corporate exploitation at a planetary level. But it’s really the heart-breaking struggles Tover the navigator went through, going from a beloved celebrity to tortured prisoner to exile then eventually finding peace, that made this book unforgettable for me.

Soundtrack: The Sparrow Looks Up At The Machine
Artist: The Flaming Lips
Album: Embryonic

Blue (Peace)
A book where one of the characters finds peace with a difficult truth.

This is a story of two opposite beings, twin flames, who were made for each other yet stand apart. Nathaniel, the hot-tempered Angel of Flame fought so hard against his destiny, thereby breaking the heart of Chasan, the serene Angel of Air, and condemning him to a lifetime of loneliness They were sent to earth to work together as a married couple. It took a long time for Nathaniel to sort it out in his heart until things came full circle.

Purple (Spirit)
A book that deals with LGBT+ themes and religion.

A heady historical with a touch magic realism, Brothers of the Wild North Sea is really more spiritual than religious. The lush prose heightened the stark, raw atmosphere of the abbey at the end of the world. At the same time, there’s a sense of serenity despite this being a story of monks having to fend off Viking attacks. The book also tackles the pursuit of knowledge as well as the different ways people deal with religion.

Unfortunately not available in Spotify 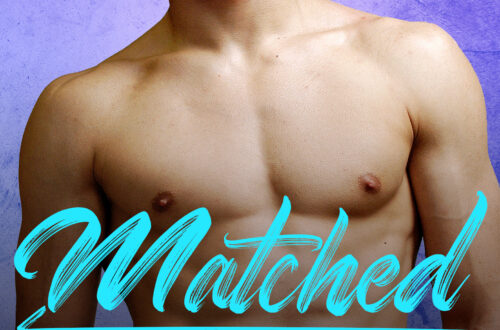 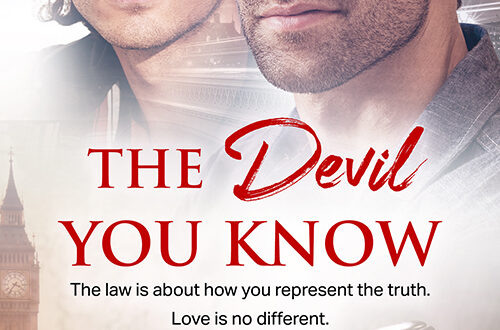 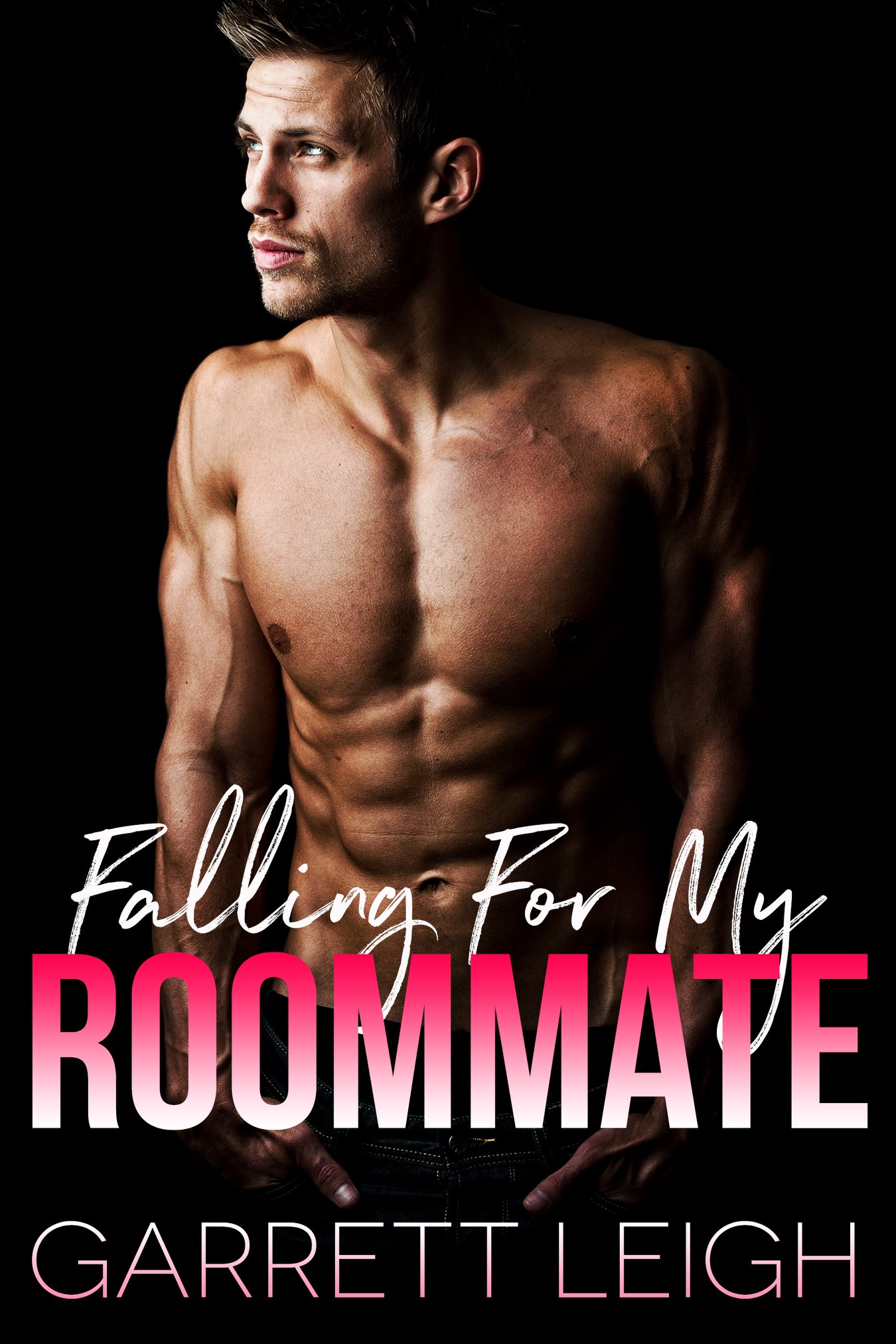