I’m a huge fan of Kim Fielding‘s fantastic paranormal series, Bureau. I have been following this since Corruption, Tenrael and Grimes’s story. This series has become better and better with each installment.

This is a review of Chained and Convicted, volume 2 of the series. Both novellas featured creatures shackled and chained, one through captivity and the other through culpability.

An agent for the Bureau of Trans-Species Affairs? That’s the best job in the world. And it’s enough for Terry Brandt, who doesn’t need personal relationships complicating his life. His newest assignment puts him undercover, investigating a Hollywood agent who may have some evil tricks up his sleeve.

Edge is not the man he appears to be. Although he’s a member of the Hollywood agent’s security staff, his true situation is darker and deeper than that. Ordered to seduce the new prospect, Edge finds himself caught in conflicting loyalties.

Chained is a shifter story that made me want to hug my dogs.

Terry Brandt is a music-loving Bureau agent assigned to investigate Hollywood’s most powerful agent, Whitaker, rumored to be offering fame and fortune in exchange for something sinister. He goes undercover as a wannabe actor. He was asked to move in to the agent’s mansion as part of the test to see if he has what it takes. There he meets Edge, the man assigned to guard him.

Edge and his two brothers are dog shifters bought by Whitaker, their boss, when they were pups. They served as security in the mansion. They used to be four but their other brother was put down when he refused to behave.

My heart went out to Edge. He and his brothers were treated like dogs. They live in a kennel modified to accommodate their human form. But he’s the one their boss treated the worst. Not only is he beaten at the slightest mistakes, he is forced to seduce the potential actors as part of their owner’s tactics to sink his hooks deeper into them. He was ordered to do just that to Terry.

All the dog shifter brothers were obedient but Edge is different. His boss loved pointing out that he is weak. Compared to his brothers, Edge wanted more but knew he couldn’t. He’s too well-trained for that. He’s loyal to his owner even if Terry is making him feel unexpected things. The most heartbreaking scene was when Terry urged him to run away after all the abuse. He refused. “I’m a good dog!” (╥﹏╥)

The story is set in 1989. There are mentions of HIV. I enjoyed all the musical name-dropping of Terry’s favorite 80s bands. He introduced Edge to the joys of music and I adored Terry for that. He faced monsters but still loves his job. He also kept his sunny, talkative disposition. He’s a good foil to Edge’s strong, silent type.

I loved how Terry treated Edge kindly right from the start. Edge immediately noticed he was different from the other wannabes. Terry didn’t treat him and his brothers in dog or human form as part of the furniture. He acknowledged their presence and talked to them even if he still didn’t know what they actually were.

The book succeeded in portraying the seediness of the unseen side of Hollywood. We get dual POVs. What I like about the writing is that even if I know what’s going on from Edge’s perspective, I could still feel a sense of the unknown as experienced through Terry’s POV where he knew something is wrong but couldn’t quite put his finger on it. This was what made the twists effective.

Terry’s investigation came to a head when he was offered the job in exchange for the most valuable thing he owns. The climax was a suspenseful chaos of fangs, blood and bullets. I gave a little cheer when the brothers finally took action. There’s a lovely ending and epilogue where Townsend, the Bureau chief explained the magical mechanics of things to the guys. I’m happy that Terry was able to keep doing what he loved. Now he can do that with Edge.

Vietnam veteran Kurt Powell’s addiction almost cost him everything, but a job as federal agent with the Bureau of Trans-Species Affairs helped him find sobriety and purpose. Now he tracks down dangerous paranormal creatures as well as humans who abuse their magical powers in illegal ways.

Sent from Belfast to the United States as a boy, Desmond Hughes later fell into a disastrous relationship that led to horrific murders. He’s spent seventeen years in a bleak prison with few comforts and no hope of release.

A new mission throws Kurt and Des together in a desperate attempt to prevent disaster. Sometimes what’s long been lost can still be found, but the road to redemption is never easy—and a mutual attraction may not ease the way.

Convicted is a moving journey towards redemption, forgiveness and freedom.

Desmond Hughes has been incarcerated in the Bureau prison for 17 years. He, along with his lover, Larry Crane, was responsible for the deaths of many people. Crane masterminded the crime, using magical boxes as source of power to wreck destruction. Crane is dead and these deadly boxes are now missing.

Kurt Powell is the agent assigned to find the boxes. He interviews Des who gives him all the places he and Crane stayed. Later on, he takes Des with him to find the boxes with the condition that Des returns to prison after they do. Their quest took them all over the American heartland moving towards Florida, stopping at the places Des had named.

The book is set in the 1993. The sense of time was not as strongly delivered as the other stories. There are nods to the time period, mentions of HIV and racism especially towards Kurt who had a mixed parentage.

Unlike the other Bureau novellas, Convicted has human + human pairing. I liked this just a tad less than Chained but not because it’s not as well written. This is due more to my disinterest towards stories involving road trips and looking for lost things. So I did feel the drag just a bit but the story picked up when they found one of the boxes.

There is less focus on the paranormal here. It’s very character-driven. Both men are burdened with guilt. They have the deaths of multiple people in their hands. One as a soldier, the other as an accomplice to a psychopath.

Des won me over with his spirit. He’s so lonely he talks to himself but I didn’t sense defeat. It’s more like he’s accepted his fate and tried to make do with what he is given. I also didn’t expect him to be the talkative type. The first parts of the book showed him alone. Then he had his first conversation with Kurt and his bright personality really shone through. As Kurt puts it, he has the voice of a born story teller. He’s a big guy with a gentle and kind soul that Crane took advantage of, using and abusing him as part of his schemes. I think Des truly believed Crane meant to change the world for the better with those boxes.

Kurt had his own share of troubles. He’s a Vietnam veteran who dealt with alcohol addiction. In his low moments, he was recruited by Townsend who believed in his potential. Kurt has a son and is friends with his ex-wife. I really liked that Kurt looked beyond the orange uniform and saw Des for what he truly is. He also made him understand that there is always a choice. And that he could forgive himself and move on.

Towards the end, the paranormal elements come into play in a show of magic and double crossing. Kurt suffers the same equally suspenseful fate as Terry. Townsend once again makes an appearance with his words of wisdom and second chances. Then Des showing up on Kurt’s doorstep all earnest and yearning is beyond endearing. Let’s give the man a hug!

Bureau has always been a series with a lot of heart. Very much present in the stories are the small unexpected kindnesses that go a long way and reach deep places in the hearts of the tormented. Most of the time, the characters don’t even realize the impact of what they’re doing. Like Kurt offhandedly mentioning he would ask for more books for Des who had to make do with a measly 5-book ration. These touches of humanity are what makes this series.

I enjoyed the references to and cameos of well-loved couples from the other stories. West Coast Bureau chief Townsend is always present in all of them and he’s the biggest mystery of all. According to Edge, he smells human and something else. He often pops up in unexpected places to move things along. And I swear, his secret hobby is matchmaking because he really knows how to pair up these guys.

If you like my content, please consider using my Amazon affiliate links below to get your copy of Bureau. As an Amazon Associate, I earn from qualifying Amazon purchases at no additional cost to you. 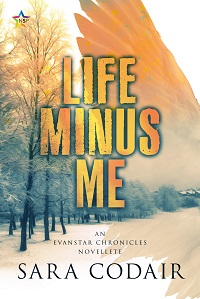 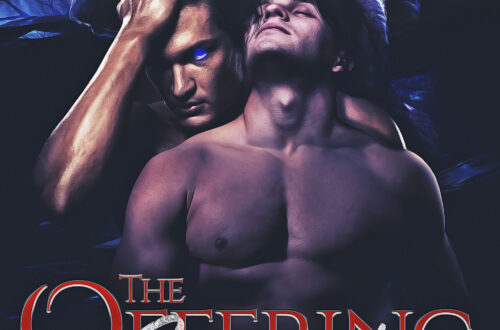 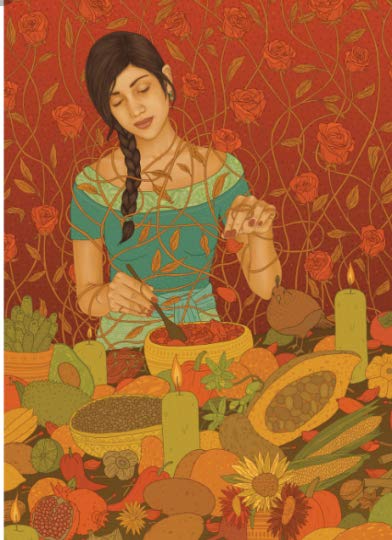