Ground zero, noun: the center or origin of rapid, intense, or violent activity or change.

Heat, humidity, and homicide are things veteran detective Sawyer Key expects to encounter on his first day with the Savannah Police Department, but the hostile reception from his new partner catches him by surprise. Sawyer isn’t a stranger to heartache and recognizes that Royce Locke is a wounded man who’s reeling from a devastating loss. Relentless and patient in all things, Sawyer is determined to make the new partnership work.

Savannah, Georgia is known for her quirky people, oak trees draped in Spanish moss, and antebellum architecture. Beneath the Southern charm and hospitality, festering hatred and violence is soaring with the summer temperatures. Locke and Key find themselves at the epicenter when their first case involves the death of a former shock jock who appears to be the victim of vigilante justice.

Opposites in nearly every way, the two detectives set aside their differences to take back their city and restore law and order. From this reluctant truce, an intense attraction grows that will either tighten or shatter their tenuous bond. Falling for his partner spells inevitable disaster, but Sawyer’s always been a sucker for wounded things. Sawyer could be the key to the life Royce has always wanted, if he’s brave enough to trust him. The fuse is lit, the clock is running, and the zero hour is upon them. Tick tock.

Ground Zero is the first book in the Zero Hour series, which follows Locke and Key’s investigations and evolving relationship. Ground Zero has a happy-for-now ending with no cliffhanger. It contains mature language and sexual content intended for adults 18 and older.

Sawyer’s husband, Victor, has passed away two year ago, leaving a hole in his life. After some scandal in his old precinct, he was recruited by the SPD and partnered with the notorious Royce Locke

Everyone knows Royce Locke is an asshole. He’s quite flirty with the ladies but gave the impression that he doesn’t really care. He just lost his old partner who’s also a close friend and so very not looking forward to his replacement. It was kind of funny how their co-workers all took bets on how long Sawyer would last (one day) because Locke lost no time antagonizing his new partner.

But Sawyer was no doormat. He’s not about to throw away his new job so he sassed him right back. I loved their banter! The chemistry and tension rolled off them like waves. All these while doing good work as detectives.

Sawyer also cannot resist strays and wounded souls. He took one look at Locke and knew a cry for help when he saw one.

The romance here started insta but evolved slowly. It first appeared that Locke was straight with his sexuality hinted as bi later on. I almost didn’t like him but I really liked how the story let the two men talk candidly about whatever issues they have, whether personal or work-related.

It wasn’t easy nor did the conversations came out smooth but I appreciated how petty misunderstandings were avoided by laying it all out in the open. It also lead the way to Locke finally taking a step forward and me connecting with him.

I would have paid good money to get inside his head too. He was a mystery himself. But seeing him through Sawyer’s eyes, we see how his walls come down bit by bit. Now and again, we catch glimpses of the ‘not asshole’ Locke. Somebody who’s vulnerable and grieving. A friend who took care of his late partner’s widow. A man who adores children. It made for a satisfying momentous moment when it was time for Locke to bare his soul.

Somehow this reminds me of Hazard & Somerset but written in Somers POV. I have the audiobook and Tristan James is the narrator. He used his Somers voice for Sawyer and his Hazard voice for Locke. The book is written entirely in Sawyer’s POV and his personality reminded me of Somers. Friendly, popular but with hurts aplenty.

One thing that sets this book apart from other law enforcement/police procedural romance, is that Locke and Key worked on multiple cases. Normally, the partners would be working just one major case, almost always a serial killing.

Working on different cases in one book is a more realistic depiction of police work. It also gave the story a slice-of-life feel to it. The cases were complicated and interesting. There is enough procedural work here to satisfy any fan of the genre.

This is a great opener. There’s just the right amount of mystery, suspense and romance. The HFN ending builds the anticipation for the next book. Right now, there is a future waiting to be explored and a promise waiting to be fulfilled. The two men just started their journey together. I can’t wait till they get there! 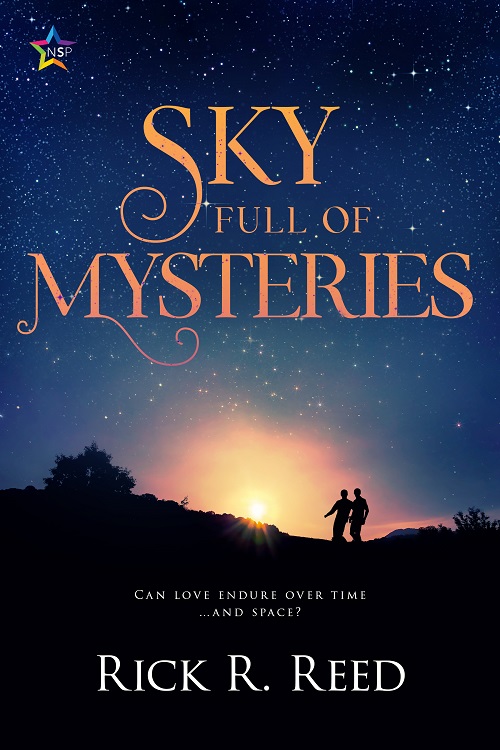