I’ve had my fair share of less than proud relationship moments, but waking up married to my brother-in-law’s best friend is a new low.

A drunken wedding to a man who already rejected me once? Check. A hefty bet about how long it will last? Check. My feisty new husband, determined to make our friends pay up? Double check.

I’ve never managed to make a real relationship last nearly a year, there’s no way Daniel will stick around long enough to win this bet. The only problem is the longer he stays, the more the lines blur between what’s real and what’s for show. Does he feel it too or am I totally screwed?

***Screwed is a woke up married, faking it to their friends but also totally hooking up, sweet, STEAMY love story that happens to be the fourth book in the Four Bears Construction series. There are no bear shifters in this series, only the OTHER kind of bears.

We finally get to Ollie’s story!

We know Ollie as that hopeless romantic teddy Bear who’s too sweet for his own good. He’s always falling for the wrong man. I’ve been rooting for him since book one, Caulky, because you couldn’t help but feel for the poor guy as he watched his friends find their Mr. Right one by one while he’s saddled with one bad boyfriend after another. Fed up with it all, he made a decision to give up dating entirely.

K.M. Neuhold did a great job setting up Ollie and Daniel’s story since the previous books. Here and there, we get mentions of interest from Ollie or Daniel sticking up for him when his best friends were teasing him about his pathetic love life.

Screwed starts with Ren and Cole’s bachelor party in Vegas. All the Bears and their boyfriends as well as their apprentice, West and his date, Sawyer, and Daniel were there. I wasn’t that engaged with this part of the story yet but things started to pick up after Ollie and Daniel woke up married.

The way the author brought them together, through a drunken Vegas wedding, was perfect. It was such an Ollie situation. And I am dying to know how drunk Ollie convinced drunk Daniel to tie the knot.

They could have gotten it annulled right away but Daniel’s tendency to defend Ollie was what started their crazy marriage life. The guys were making fun of Ollie for yet another wedding. They started making bets on how long it would last. Daniel’s very determined to stick it to the guys. So he and Ollie challenged the Bears that they would make it past Ollie’s record of 8 months. Later, they both agreed to divorce after the time was up.

The Bears were being assholes here, going as far as talking their new employee, Miller, into hitting on Daniel knowing he and Ollie were already married. There’s still a lot of silly pranks and razzing. Almost everyone got their page time except for Ev and Watson. I wished they had more appearances.

I wouldn’t have picked Daniel as the guy for Ollie. He’s not a relationship guy, preferring to hook up with different men and never staying long enough to get attached. He’s very cynical about love. He thinks sappy rom-coms have brainwashed people into believing in true love. I was skeptical at first but K.M Neuhold totally made it work! I was left with no doubts Daniel was the man for Ollie.

They slow-burned their way through months of undeniable chemistry just bursting with sexual tension. Both are acutely aware this is best relationship they ever have and it’s not even real. The romantic development was executed really well here. It was paced just right and flowed smoothly. It gave time for Ollie and Daniel to form a real connection.

You could clearly see how they fit into each other’s life seamlessly. They helped each other grow. There’s Ollie realizing he doesn’t need another person to complete him, especially after seeing how confident Daniel is on his own. Daniel, almost 40, finally had the courage to start school again and pursue his dream job after Ollie’s encouragement and support.

I liked that they were able to establish a solid friendship while developing romantic feelings for each other. The way they fell in love happened naturally. It was sweet and low-angst. It felt comfortable yet exciting.

It took a string of bad relationships, three failed marriages, years of bad jokes, one too many tequila bottles, a Vegas wedding he couldn’t even recall, a hefty bet and one feisty fake husband realizing his true feelings but at long last, our Ollie got what he deserved. If there’s ever a Bear worthy of grand gestures and rom-com-perfect HEAs, it’s him!

Screwed might not be the last book in this series. We still have West and his hopeless crush on Sawyer, the bartender. Miller is also a promising new character. I want their stories too.

Four Bears Construction is best read in order. Check out my reviews of the first three books:
Caulky
Nailed
Hardwood

If you like my content, please consider using my Amazon affiliate links below to get your copy of Four Bears Construction. As an Amazon Associate, I earn from qualifying Amazon purchases at no additional cost to you. 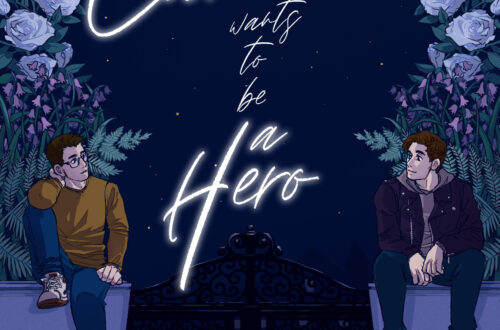 RELEASE BLITZ: Cameron Wants To Be A Hero by Anyta Sunday (Excerpt & Giveaway) 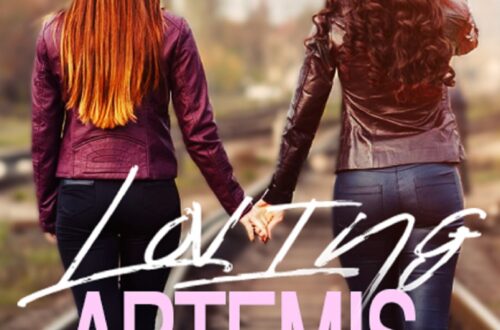 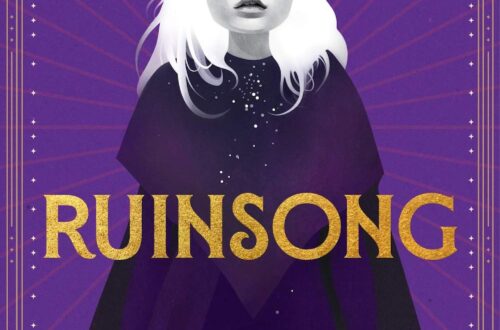