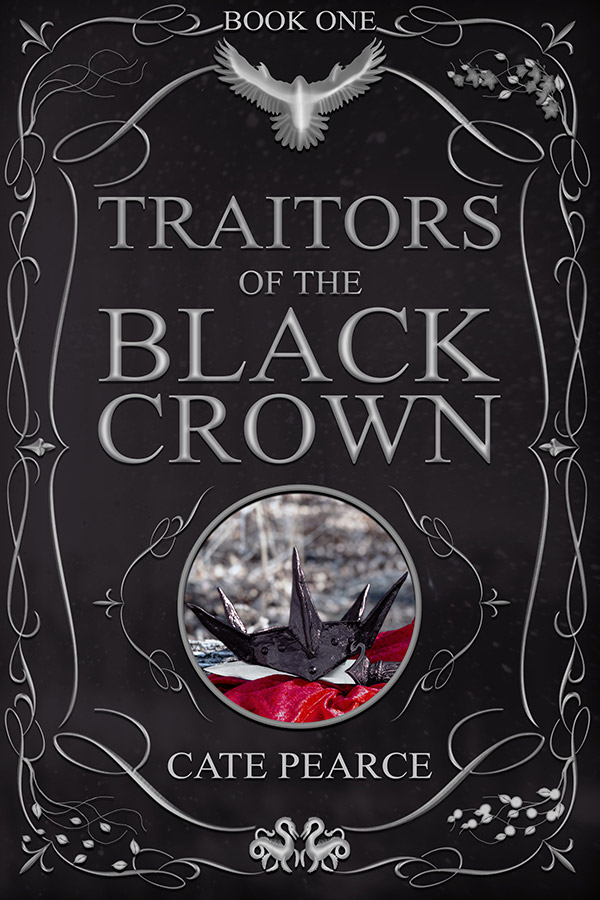 Three women will betray the black crown. A Knight. A Duchess. A Queen.

Raena Schinen narrowly escaped when the Queen’s guard murdered her entire family. If Raena’s survival is exposed, she’ll be next. For fifteen years Raena has hidden as a male Knight, “Sir Rowan”, consumed by her vengeful desire to assassinate the Queen.

The moment Raena is close enough to exact her revenge, she is unexpectedly exiled to a foreign land. There she serves the common-born Duchess Aven Colby, whose suspicious kinship with the Queen further threatens Raena’s delicate secrets.

Just as they become united in a common goal to curb a looming invasion, unexpected heat and romance blossoms between “Sir Rowan” and Aven. The peril demands they set out on a journey to form clandestine political alliances, risking the Queen’s wrath, and drawing Raena and Aven closer together.

But no one in the kingdom could have imagined the sinister foe rising from below the surface. In order to save themselves and those they love, Raena, Aven, and the Queen must recognize who are the oppressors and who will unite against the Black Crown.

Cate is giving away a Barnes & Noble gift card with this tour:

“Knights of Hawk’s Keep. Come with me, you’re next.”

Raena and Finn stood from the wooden bench and left behind their weapons and armor. Clad in fighting pads over their tunics, they followed the man into a sitting room. The humble space held nothing but five chairs and was lit by candle sconces on the stone walls.

Finn and Raena’s chairs scraped the stone floor as they settled into them.

Raena studied the man as he paused to look through a scroll bearing the Prince’s mark. Like most elder men of Candor, he had chestnut hair to his shoulders and a clean-shaven face. Raena thought his countenance was pleasant, though his skin was marked with deep crimson blemishes as if wine had soaked into it. He wore a decorative silk tunic of emerald and gold, the colors of House Payton; colors of the Queen’s house. It made Raena’s chest clench.

The man spoke with a low timbre. “You two are the only knights from Hawk’s Keep? I thought Lord Sylas was sending three.”

“Aye, we are the only two,” Raena answered. “I am Sir Rowan, son of Brande. This is Sir Finley, son of Wain. Sir Cames was the third, but he fell from a horse yesterday and has broken his arm.” Raena took care to deepen her voice and speak with authority, as she had practiced. There was an art and science to passing as the man she claimed to be, and confidence made all the difference. She disliked the notion that she may appear arrogant upon a first introduction, but better to be represented as an arrogant man than to reveal her secret.

“I see,” the man grumbled, “did he at least come with Lord Sylas, to spectate the events today?”

Raena glanced at Finn, whose eyes narrowed with concern.

“No, sir,” Finn said. “He was told to stay in the tents and rest. He was given several teas of nightflower from the healers.”

“Hmm. Very well, but the Prince will be informed,” the man retorted. “Let’s begin. I’m called Sir Han’gahan, I’m a personal guard and knight to Queen Zarana and Prince Zander. I’ll be explaining the events of the Knight’s Trials to you, and I’ll also be getting your history so we may tell it to the crowd.”

“Our history?” Finn asked, scratching at the russet stubble that coated his cheeks.

“Aye,” Han’gahan nodded, “there will be the greatest crowd you’ve ever seen, probably the greatest crowd ever assembled in all six kingdoms. The Prince wants every knight to have a story to excite the spectators. You should tell me all your achievements so I may share the details the Prince prefers. He is rather particular, as this is the first Knight’s Trial he’s ever conducted.”

Raena resisted the urge to look again at her friend Finn at the mention of sharing “everything”. She felt a ball of worry growing inside her gut, clenching her insides.

“Alright, both of you are a bit young,” Han’gahan said. “How long have you been knights for Sylas?”

“Two years,” Finn replied. “We are the same age, twenty-three.”

Han’gahan shrugged. “As I thought, you are barely men. Well, it might be a short tale of your conquests, as we haven’t seen war in Candor since you were likely born. But we’ll do our best. Let’s start with you, Finley, since you are apt to sharing. Was your father a hero of the Equinox battles?”

Finn rubbed his hairy face again, an anxious tic. “Not particularly, no. He was a guard for Hawk’s Keep, so he stayed and defended it from any chance of invasion by Ediva. He would have fought for Candor, if he’d been needed in the legions.”

“Hmm,” Han’gahan grunted. “Well, Ediva didn’t make it that far into Candor’s borders since the soldiers held them off at the Calam mountains, didn’t they? That’s all right though, lad. Anything else your father did, of note?”

“Very well,” Han’gahan said. “How about your own notable achievements, what have you done as a knight? Have you killed any bandits or…whatever you do, in Hawk’s Keep?”

“We have seen bandits and the forest-raiders; the Ruvians,” Finn bit his lip. “I haven’t killed any, no. They are usually scared away, back into the pines. We do train for war, spar, and fight one another. We learn about the kingdoms and the famous battles of the Equinox.”

“As all knights do,” Han’gahan muttered. “Maybe you hunt, then? Have you killed anything at all?”

Raena grew restless with Finn’s simple humility. “We have a demonstration, sir. Every year Lord Sylas hosts a festival and we display our skill for combat. It’s swordsmanship, poleaxe defense, and archery. Finn, er, Sir Finley, has taken second prize. Many knights compete from a variety of Candor’s noble families.”

“There you go, lad,” Han’gahan clapped. “We can use that. Let’s talk about you then, Rowan. You’re a Boen-looking thing, aren’t you? Pardon me for saying it, but I haven’t seen golden hair and hairless pink flesh like yours in twenty years or more. You must have some Boen ancestors, long ago?”

Raena straightened up and raised her chin. She had never been in a position to tell her false origin story alone. Lord Sylas had always introduced her as Rowan to visitors, and answered if they had questions about her heritage. Telling it now to one of the Queen’s knights, no less. “Perhaps. I’m a bastard, so there’s no telling.”

Han’gahan smiled. “Aye, nothing wrong with being a bastard. Your mother must’ve been Boenish. I’ve met your father, Brande, and he is as dark as any Calamytan. What a dog then, to go after another woman’s bed. I know he fought in the Equinox, so we will mention that when we speak of you. How about you? I don’t suppose you’ve killed bandits, or anything bigger than boars?”

Raena shook her head, “I haven’t. I trained as a squire under Lord Sylas and was knighted by him, the same as Finn.” Those were easy words to say, as all of them were true, at least.

Han’gahan waved his hand. “No matter. Perhaps you boys can prove yourselves in the Knight’s Trial today and have something to start telling tales about.”

“Rowan is being humble, sir,” Finn said. “He shared that I was second in the knight’s demonstrations, but he neglected to mention that he was first.”

Cate Pearce was homeschooled on a Christmas tree farm in rural Western Washington. At age eight she was fed-up with a plotline on Star Trek TNG so she wrote her own episodes on a Commodore 64. She has been a writer ever since, but only recently decided to share that information with you and the world.

Cate has two children which she delivered at-home with the assistance of saintly midwives. Cate is unapologetic in her fervor for feminism, queerness, and Christian faith. Aside from writing, her “day job” is to prepare organizations for response and recovery from catastrophic disasters. She lives in the Pacific Northwest. 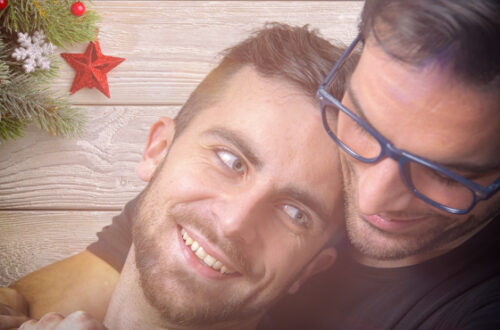 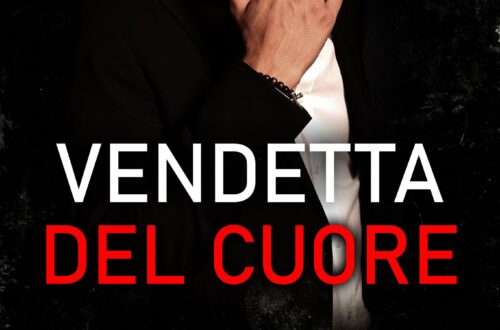 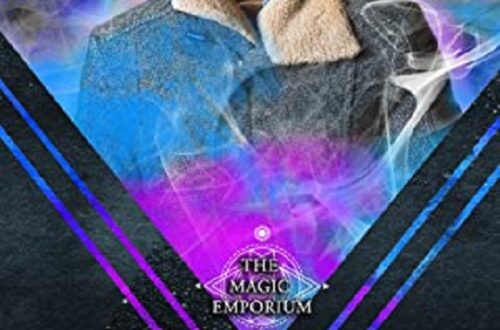