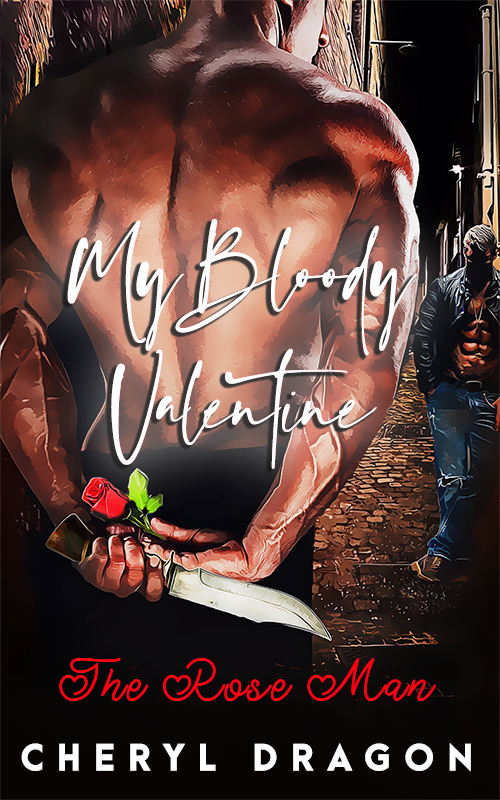 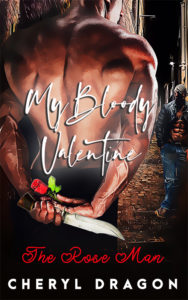 The Rose Man knows where his targets live, work and play…

Deputy Ben Grover is the only gay man in the sheriff’s department and gay men seem to be the target of a stalker who leaves a rose on their windshield. With missing persons involved, the sheriff welcomes the help of the FBI, but Ben isn’t so thrilled to be working with Agent Ross Burns, his high school ex.

Ross had aspirations that took him far from the small town while Ben had obligations that kept him back. But they won’t let their scorching past or the feelings that blaze into passion now get in the way of catching a killer.

Rural Kentucky had its share of crime, but Deputy Ben Grover never got excited, even when something sounded like a good case. Normally it ended up being something simple, like a family dispute or misunderstanding. Family didn’t snitch and almost everyone was related in some distant way or through marriage.

Sheriff Larry, as he was known to everyone, liked things nice and quiet. His reelection signs were all over town with a picture of Larry in case anyone didn’t know who he was. A portly guy in his late fifties with a big smile, everyone liked Sheriff Larry, and Larry liked the calm and boring county.

The country life was good. Ben enjoyed knowing the people and being able to drive around his county blindfolded if he had to. Still, Ben longed for a bit more excitement, but his life was here. The radio in his squad car demanded his attention.

He grabbed the handset and pressed the button. “Grover here.”

“Respond to a report of a dead body behind the Good Ole Boy Inn. All yours,” said dispatch.

“Responding,” Ben replied. He flipped on the lights for a bit of fun. The sheriff didn’t respond unless it was high profile and the Good Ole Boy Inn was a gay dive bar just inside their jurisdiction. It drew men on the downlow from Lexington to Frankfurt and all the surrounding areas.

Three gay men had been reported missing in the last week. Of course, the families wouldn’t admit to them being gay, but interviews with coworkers and neighbors had confirmed it. But there was no sign of foul play, no blood, no signs of a struggle and no calls for ransom. Sheriff Larry was convinced they’d all gone on some gay camping trip and forgot to call off work…

The only real link between them so far was the red roses. Each had commented, before they went missing, to a friend or coworker about a red rose being left on their windshield at work, at home, or both…. Not much of a clue. If it was just one guy, it’d be weird, but not a major problem. Just a potential stalker they needed to identify and have a little chat with. Three guys with the rose man stalking them, however, was a big signal to Ben that someone out there was targeting gay men.

Some of the men didn’t live within the jurisdiction, so Larry was talking to other law enforcement, which complicated matters. Ben knew it wasn’t a big priority—gay men missing triggered Deliverance jokes or brought up John Wayne Gacy analogies.

The reality was that men going missing wasn’t the big news story or priority that kids or women were. Men wanted to believe they were all tough and that only weak and vulnerable people needed that sort of help. Plus, with no body, there was no proof of any crime. No blood at any scene and no witness to a struggle left them with nothing—it could just be a case of guys going out of town at the same time. Vacation, family emergency or whatever… To make it more challenging, some of the men worked and some didn’t.

Ben turned off down the dirt path that wasn’t well marked as any sort of driveway or street—he’d been to that gay dive bar plenty in his life. People had to know their way around the backwoods to find it. He’d been coming here since he was fourteen.

Ben parked his car along the side of the bar. The surroundings were was all dirt and sparse grass until he hit the woods behind the place. The bar itself was a dingy one-floor glorified shack with a wraparound porch. Underage teens were kept to the porch unless they had a decent fake ID. Luckily it was only noon and the bar wasn’t officially open yet.

The owner, Charlie Mullins, sat on the back porch in a rocking chair. He was pushing sixty and the eternal hippie. Rumor had it plenty of weed was grown in the woods around the bar. He had to support the business somehow. Inside, the drinks were cheap but the décor was often updated. Huge flatscreens hung around the bar, pool tables and dart boards were along the side and there were dark corners, as well as a disco ball over the smallish dance floor.

Ben had to be careful how much he shared with Charlie. He wasn’t just an older gay guy and friend now—Charlie was part of a case, and Ben had to keep his professional boundaries clear for the sake of the victims. To him, Charlie wasn’t a suspect, but what he knew might crack the case. Every gay guy who walked in here trusted Charlie with his life.

“Ben, thank God it’s you.” Charlie waved and walked down from the porch. “Drove up for a delivery and saw this rolled-up tarp. I got close enough to check if it was garbage and I saw enough of a body to call Sheriff Larry.”

“Sometimes we get the skinheads setting a fire or dumping scrap parts after they butchered something. Sometimes it’s trash, but they usually set it on fire. I never expected a dead body.”

“We’ll get the CSI group out here.” Ben took initial pics with his cell phone and sent the text for backup. A piece of paper was taped to the plastic trash bag.

“I didn’t touch nothing,” Charlie said.

“Good call. Ya’ll might need to close down for a night or two,” Ben warned.

“Come on, you know that’d cause a panic,” Charlie said.

“Let’s just see. We’ll try to keep things quiet, but not much happens around here. People start asking questions whenever they hear a siren or see flashing lights.” Ben took a few more pics with his cell phone, put on gloves and gently peeled the tape off so he could see the piece of paper. It was neon pink, hard to miss once the outer layer of plastic was pulled back.

“It’s a flyer for the Valentine’s dance at the community center.” Ben shook his head at the name. Cupid’s Ball.

Charlie nodded. “Something scribbled on the back.”

Ben flipped it over.

What comes by the dozen and sells out fast on Valentine’s Day? I promise not to take out more than a dozen men…we might not be welcome at the ball but you should come and see if there are any of them left… 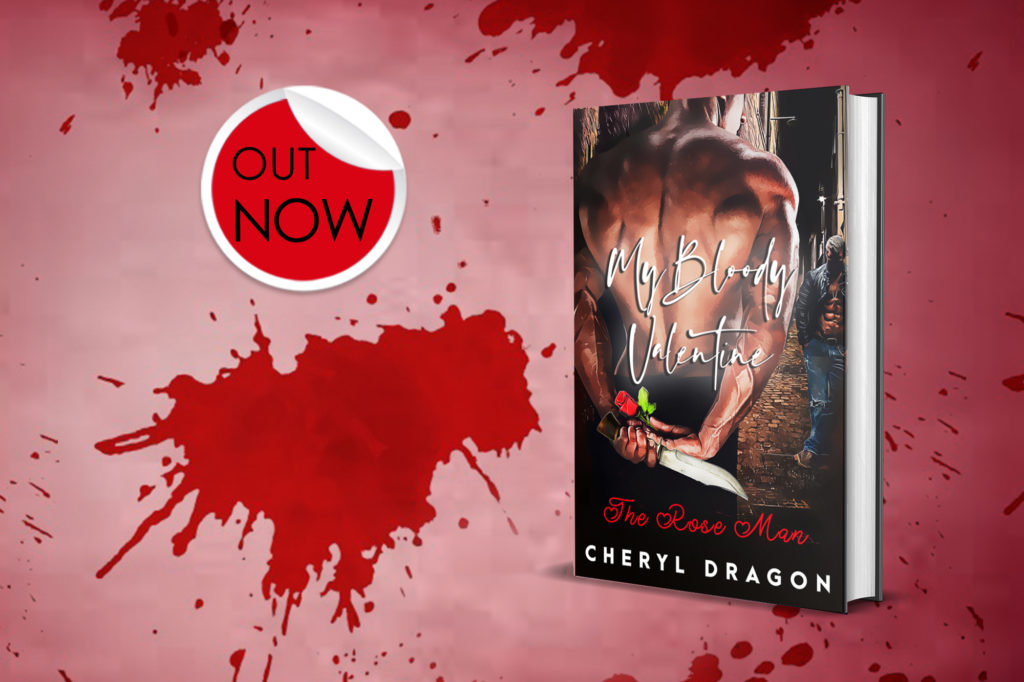 CHERYL DRAGON IS GIVING AWAY A $20.00 AMAZON GIFT CARD TO ONE LUCKY WINNER. ENTER HERE FOR YOUR CHANCE TO WIN AND GRAB YOUR FREE CHERYL DRAGON ROMANCE BOOK! Notice: This competition ends on 23rd February 2021 at 5pm GMT. Competition hosted by Totally Entwined Group. 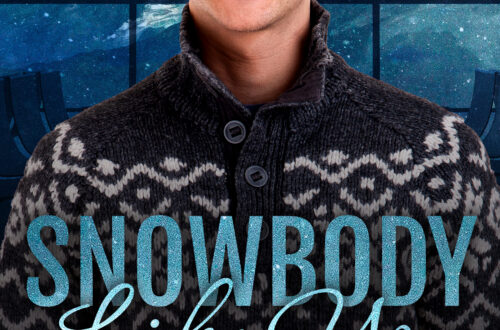 BLOG TOUR: Snowbody Like You by Ariella Zoelle (Excerpt & Giveaway) 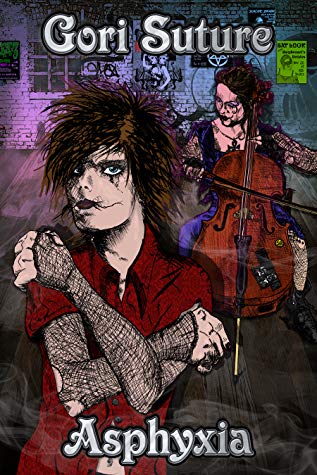