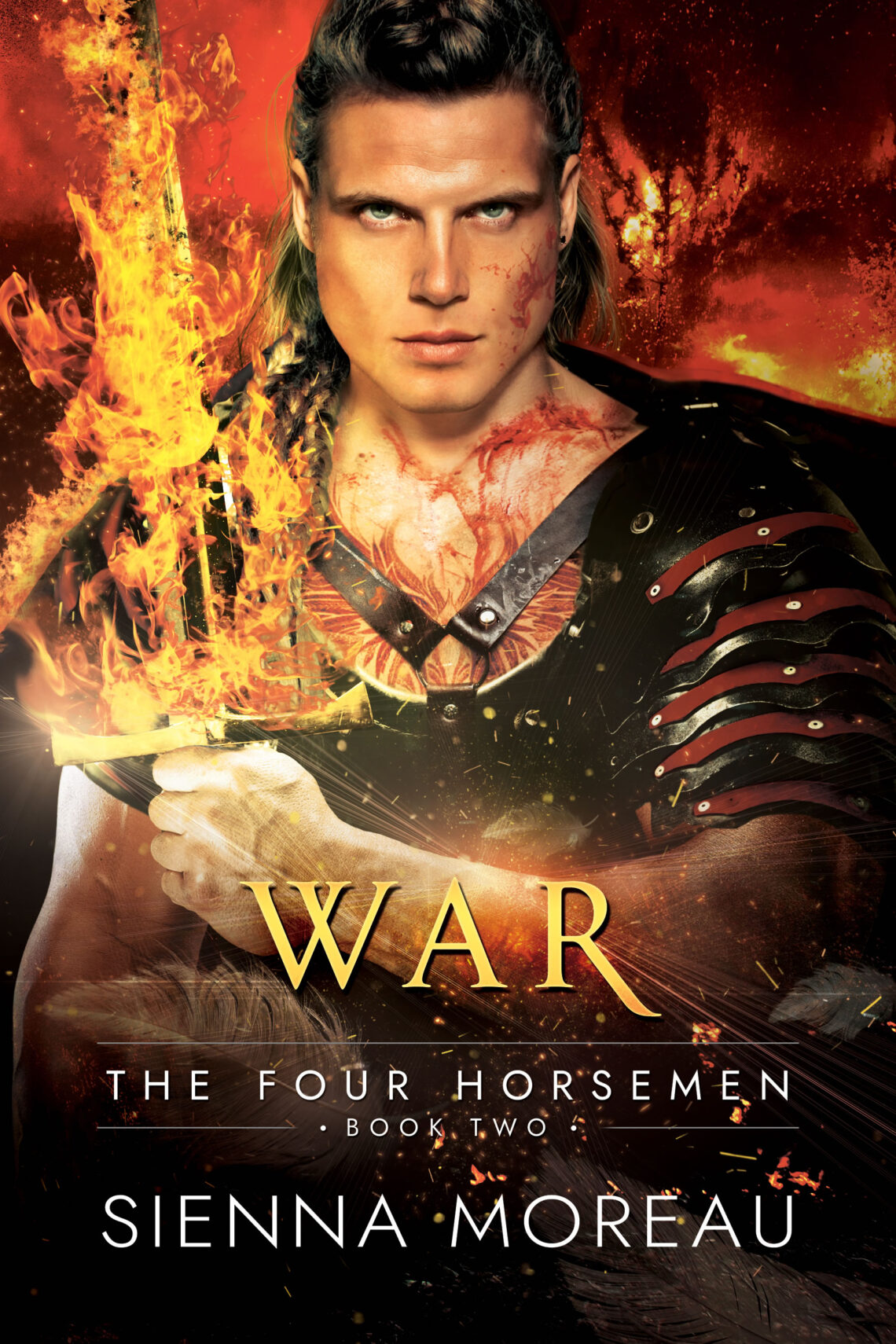 The Red Rider’s time has come, but a forbidden love may keep him from answering the call.

As the second Horseman of the Apocalypse, War is tasked with fueling the flames of the destruction caused by his brother, Conquest. But War is hiding something—a connection he’s carried forever … one that will change everything.

Uriel, the Archangel of Diligence, must defeat War and stop the Apocalypse from coming to fruition. He won’t allow anything to throw him off the course he’s chosen for himself, especially not a smart-mouth Horseman who’s his polar opposite in every way. Fire and ice were never meant to fall in love.

When Uriel and War are thrown together by circumstances beyond their control, they are forced to confront a past they’ve both been running from. Faced with challenges, betrayal and the war brewing between the Heavens and Hells, they have a choice to make. It isn’t only the bond between them at stake; their very existence hangs in the balance.

“I’m not one of your servants. If you bite, I’ll bite back,” War promised.

Uriel leaned in until their breath mingled. War glanced down, lust swirling in his gut. What would he taste like? Would he be cold? If War turned up the heat in his body, would they even each other out? Would Uriel kill him if he tried to find out?

“I’m not afraid of you, War. You and your brethren are a pathetic leftover of a world long gone.”

“Fuck you,” War snarled. He knocked the dagger from Uriel’s hand, and it dug into the earth between their feet. He twisted Uriel’s opposite wrist painfully, forcing him to withdraw from War’s pants. “My brethren and I show you mercy when you don’t deserve it.”

Uriel’s face twisted into an ugly rage. “What do you know of mercy? You’re the embodiment of War. Mercy has no place with you.”

“I know it better than you or the rest of your puppets ever will. You sit at the feet of your master like good boys, but the wings you cherish so much are the only angelic thing about you.” War fisted his hand in the top that he had given Uriel—for protection he would never be worthy of. “I saved your ungrateful ass, and all you can do is spew your righteous filth at me. I should have left you there for the Demons to pick clean.”

War shoved Uriel away from him. No amount of physical perfection could ever hide the unpleasant personality this Archangel exuded. His hatred was unbecoming of a Being from Heaven, but Uriel cloaked himself in it and always had.

War hadn’t been lying; he should have left Uriel there to be dragged below and tortured for all eternity. If it wouldn’t upset the balance so completely, he would have been tempted. But even War wasn’t interested in having an Archangel chained in the depths of Hell. The power exchange it would create would be tipped too far one way, and the result wouldn’t be a war: it would be a massacre.

That’s not the only reason.

War ignored the thought. He had no other reason to protect an Archangel who wanted him dead and buried forever.

To celebrate the release of War, Sienna is giving away a $20 Amazon Voucher & an e-set of The Four Horsemen Series so far (2 ebooks)!

Sienna Moreau is a dark MM romance author who likes to let the darker side of life come out to play. If you’re looking for morally grey characters, snark, mayhem and steamy situations then you’re in the right place.

Sienna lives in rural Australia and when not writing can be found feeding her zombie obsession or playing video games. 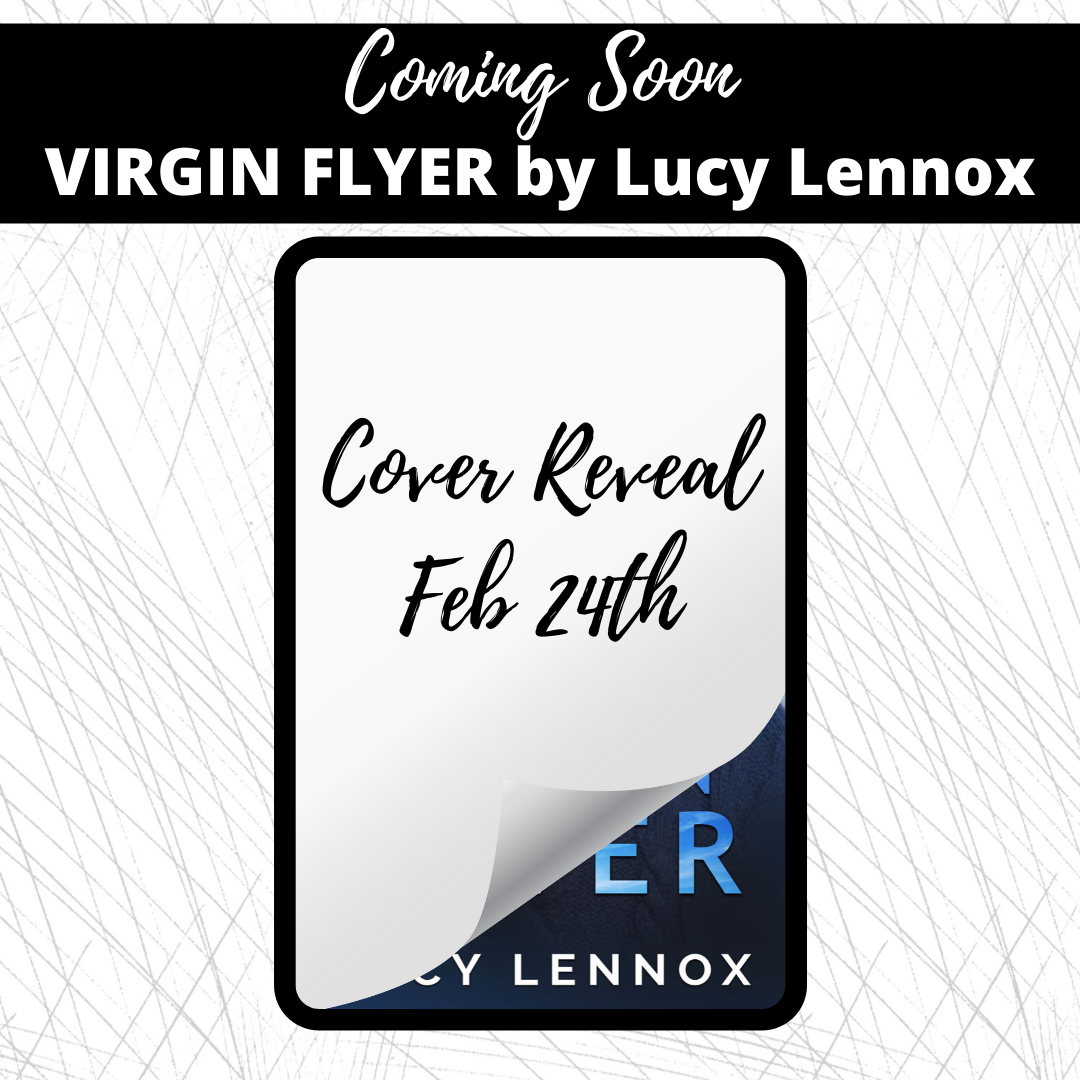 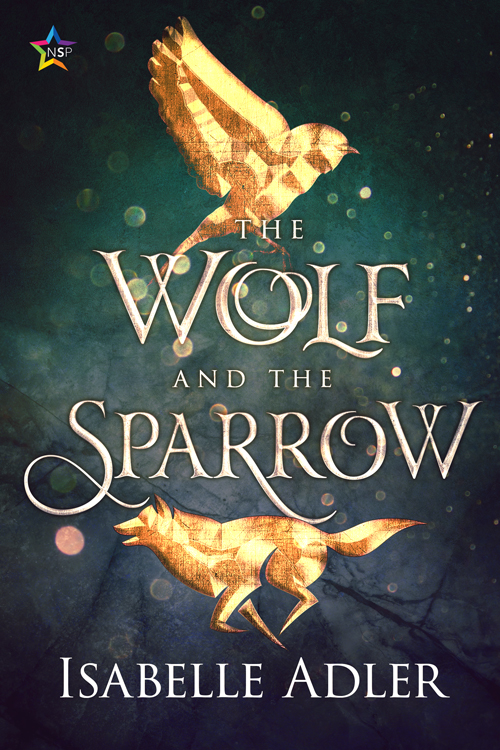 COVER REVEAL: The Wolf and the Sparrow by Isabelle Adler 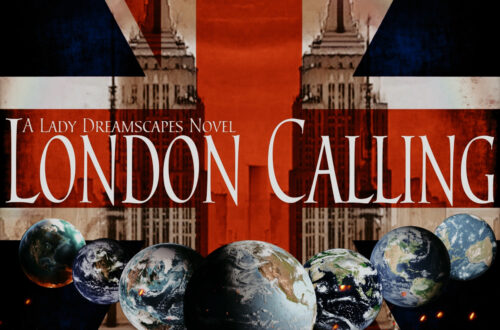