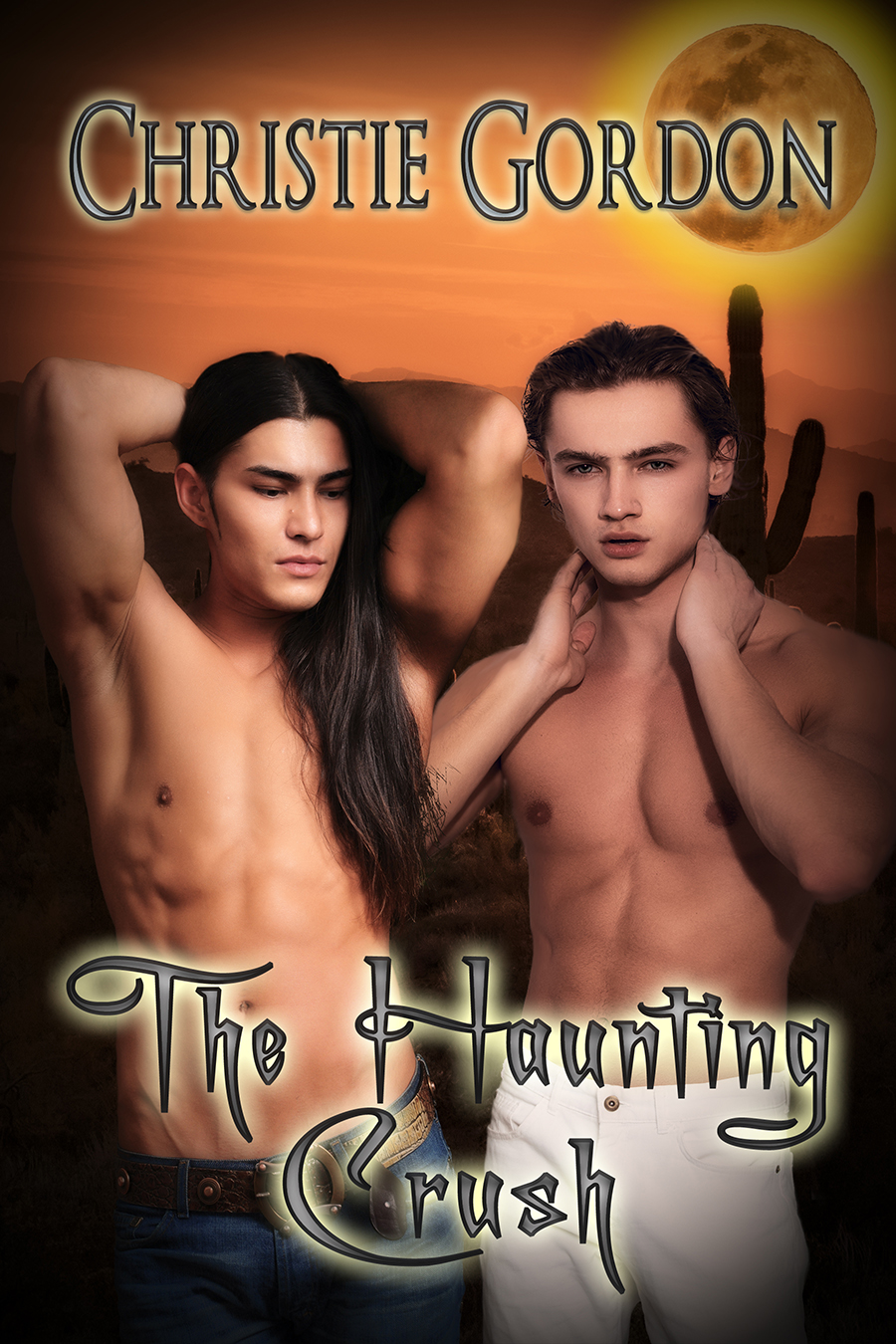 Kai is pathetic.
Conner is perfect.
Things aren’t always what they seem.

Kai Nez is pathetic. At least that’s what his mother tells him after blaming him for his father’s death from a diabetic coma. He’s the poor, part native, part white, gay guy the bullies picked on in their small-town high school, on the outskirts of Phoenix, Arizona. The crush he has on the football quarterback, homecoming king, Conner Mitchell will always be that, a crush. And he’s fine with it. Until Conner corners Kai at his graduation party and gives Kai something to fantasize about, then disappears. Years later, Kai is bar tending at a local restaurant. He’s happy where he’s at and he’s good at his job. Then Conner Mitchell shows up at the restaurant and bulldozes back into Kai’s life. At the same time, weird things start happening in the duplex he shares with his best friend. Haunted house things.

Conner Mitchell lives the good life, born into wealth, perfect student, perfect athlete and dating the perfect girl. But perfection is over-rated and short lived. After college and landing a lucrative job as a pharmaceutical rep, he breaks up with his girlfriend and moves back to the small town he grew up in and finds Kai again. The brief moment they shared at his graduation party has always haunted him. And now Kai is dealing with a different kind of haunting and needs his help.

Kai is skeptical and fearful of both ghosts and Conner’s intentions. Conner isn’t going to let this chance pass him by. It’s time to show Kai who he really is and prove to Kai he’s not pathetic. He’s perfect.

Kai stepped through open sliding-glass pocket doors onto a flagstone patio and stopped, scanning over the other teenagers in t-shirts, ripped jeans, and shorts, hovering around a beer pong table.

A blond boy threw the ping pong ball into a triangle of red Solo cups, hitting his target. Beer splashed out of a cup and the throng cheered, some with hands raised.

Kai’s attention turned to Bryce, who stood beside him, his brown hair cut around his face and swept to one side, his large blue eyes fixating on the game. He sipped beer from a clear, plastic cup.

Bryce gave him a sly smile. “These entitled kids have it all. I mean, look at this fucking place.” He waved his arms. “It’s got to be at least eight thousand square feet. Crestview is fucking lit. Fountain Hills’ finest. Even better than Firerock Country Club.”

Kai nodded, taking in the Grecian columns between arches of stucco and red draperies hanging down and tied to each one. Out beyond the immense patio lay a manicured lawn with palm trees rising up around a rectangular pool with a hot tub attached in the middle. A few teenagers splashed about in the turquoise water. As he drank his beer from his clear plastic cup, he looked out over the expanse of natural desert hills beyond an iron fence, saguaro cacti rising up with what looked like their arms raised. The nearest neighbor had to be acres away. “Anyway, it was cool Conner invited us to his graduation party, right?

“Good thing you’re his chem lab partner.” Bryce gulped some beer and chuckled, peering at him. “You got some good taste, man. Too bad he’s not gay.” He smirked at Kai.

“Can’t have it all, I guess.” Kai let his smile fade and stared at his beer. Conner Mitchell, football quarterback, homecoming king, biggest crush of his life. Nothing would ever come of it, but at least they’d become friends at school. All because he was good at chemistry and Conner wanted his help.

“Bro, I’ve been thinking.” Bryce gave him a wide grin.

“Oh, no. What now?” Kai shook his head and leaned against the edge of the door jamb, stuffing a hand inside the front pocket of his gray, board shorts.

“So, you know how they say some Asians are bananas? You know, yellow on the outside and white on the inside?”

“Yeah…Do I really want to hear this?” Kai released a puff of air.

“Well, you’re an apple. You know, red on the outside and white on the inside.” Bryce erupted in a belly laugh.

Kai lowered his brows and grinned at the same time. “The fuck? What’s wrong with you? My skin is not red. It’s barely even brown.”

“But you’re native. That’s makes you red, right? And you act white, get it?” Bryce slapped his arm.

“You’re fucking crazy. Natives are not red. I’m only like one quarter Navajo anyway. My dad was half.” Kai frowned. At least that’s what his CDIB card said. If only his father were alive, then maybe his mother wouldn’t hate him so much. He drew a deep inhale. Time to change the subject. “I need to take a piss.”

“Sure, man.” Bryce looked him over and wrinkled his brows. “You’re not mad at me, right?” He touched his arm. “I didn’t mean to make you think about your dad.”

Bryce meant well. He just wanted to make me laugh. “No, I’m not mad.” Kai flashed a forced smile at him. “I’ll be right back.” He walked off through a large family room with modern leather furnishings and high ceilings, attached to a kitchen with alder wood cabinets and high-end, stainless-steel appliances.

Paige stepped to him and swung her dirty-blonde hair behind her shoulders, her red bikini showing off all her curves. “Hi, Kai. Glad you could make it.” She held a glass of red wine.

“Hi, Paige. Can you tell me where the bathroom is?” She gave off a bad vibe. He wrinkled his nose. He was never really sure what it was exactly that bothered him so much about her. Maybe because she’s Conner’s girlfriend? He smirked. Maybe.

“Oh, I think all the ones on this floor are taken. There’s one upstairs, next to the office.” She pointed up to an open balcony hovering over the room with a black iron railing and bookshelves lining the walls.

He looked up. “How do I get there?” This house was immense.

She pointed to a hallway, behind a wet bar. “Did you see that stairway by the front door? That goes up there.”

“Yep, thanks.” He sipped his beer and strode over tan travertine flooring, under the balcony and through a hallway, then up a flight of circular stairs with green Berber carpeting. At the top of the stairs he found an open set of tall double doors leading into an office covered in dark wood, then an open single door and closed single door beyond it. He could barely make out a tile counter behind the middle door. “Must be that one.” He walked into it, flicked the light on, shut the door, and locked it.

He turned and scanned over a bathroom with a travertine tile counter, gold fixtures, and deep-red towels. He gulped the rest of his beer down, then threw the cup into a gold waste basket. “Nice.” After using the toilet, he scrubbed soap over his hands from the white ceramic dispenser, then examined himself in the mirror—his straight, brown hair parted off-center, falling down the sides of his face just past his broad shoulders, the large, almond-shaped brown eyes under curved brows, the smallish nose, and full lips. His skin wasn’t red. Bryce was an idiot. It was definitely darker than his white friends’, but not as dark as the Pima on the rez.

To celebrate Christie’s new release, we are giving you the chance to win 1 of 3 eBooks of your choice from Christie’s backlist! 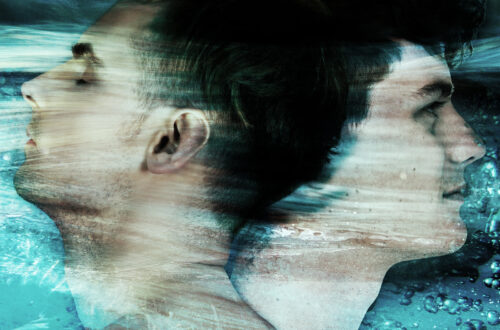 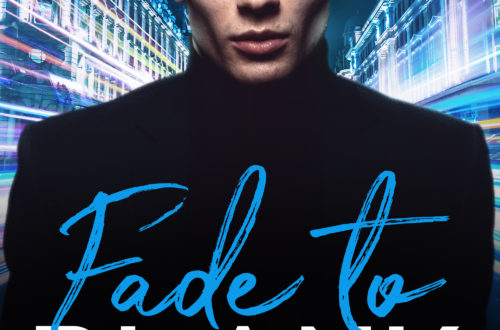 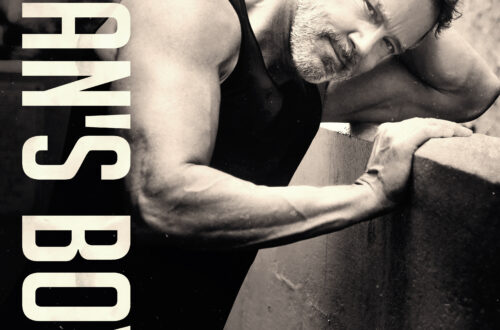