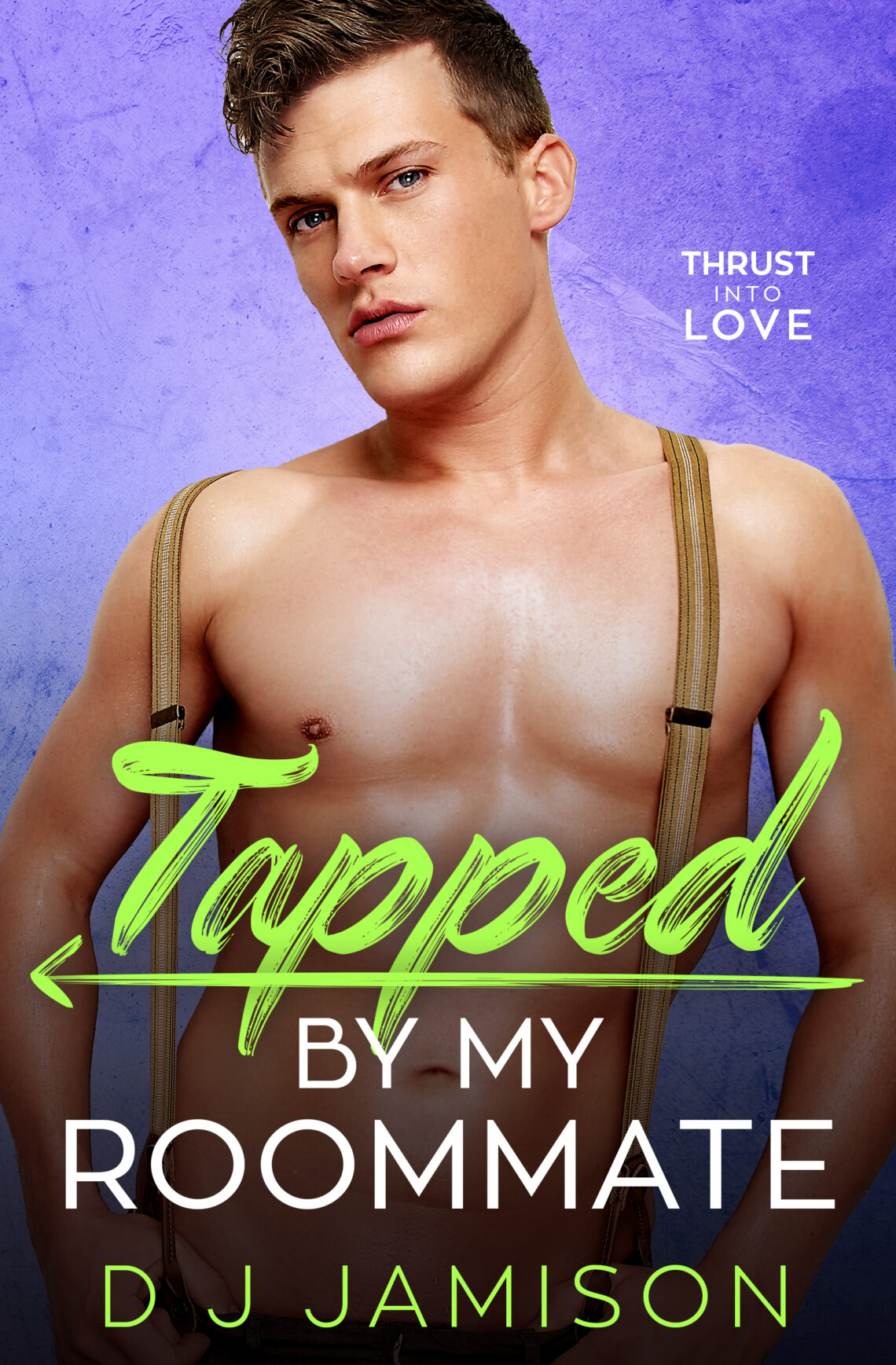 Book Title: Tapped By My Roommate (Thrust into Love, book 3)

It is part of a series (Thrust Into Love) but can be read as a stand alone.

I have a passion for a lot of things: wildlife biology, Godzilla, bowties…

But when it comes to people, I’m more timid.

Which is why I’m stuck with a toxic ex-girlfriend who’s holding my lizard hostage.

I need to face her–and save my dignity.

My roommate is the perfect wingman.

Rhett is assertive and charismatic. The kind of guy people respect.

And when he meets my toxic ex, he’s also the kind of guy to get protective.

I take comfort in his strength, even as I envy it.

But when he kisses me, things get awkward.

Frustrated by the tension between us, I turn to a hookup app for answers.

I don’t mean to proposition my roommate. Really.

But Rhett has a proposition of his own.

He wants to help me explore my curiosity.

But he’s a bartender who practically flirts for a living, and I’m in way over my head.

It could all end in heartbreak.

Unless I find the courage I’ve been seeking my whole life.

Can I be bold enough to ask Rhett Hayes to be mine?

Tapped By My Roommate is Book 3 of the Thrust into Love series featuring a flirty bartender, a timid but passionate geek, and a mistaken app hookup that encourages these two roommates to explore friendship and love. It can be read as a standalone.

I took a seat by him on the futon, waiting while Linh shut the door behind her. Waiting while Ethan shifted nervously beside me.

He was blushing again.

“So, what’s up?” I prompted when he didn’t say anything.

He hesitated, biting down on his bottom lip, and my stomach clenched. His nerves were giving me nerves.

“But I don’t want you to do it out of sympathy or obligation, because it was your kiss that made me so… And I don’t want this to be some weird thing where you’re protecting me from all the scary guys out there. I can’t do this if you don’t want it too. If you’re not…into me, then—”

He looked thrown by my interruption. “You’re not just saying that?”

“Ethan, I’m into you. I liked kissing you. Both times.” My hand strayed to his knee and squeezed. “I wouldn’t mind kissing you again. Maybe in more places.”

“But you could be with anyone. What do you get out of it?”

“I get you.” Ethan frowned, and I didn’t want him to get the wrong idea. This wasn’t about love. “I’m burnt out on app hookups with strangers. It’s boring, you know? It has been for a while. I don’t have time for a real relationship, so I don’t date. But with us sharing an apartment…”

I nodded. “Yeah, it is. But I don’t want you to think that’s the only reason. I like you. We’re friends. I think we could both have a lot of fun, as long as we’re careful and have clear expectations.”

“Right. That’s why I did this.” He picked up the notebook and shoved it at me. “I’m no good at talking about this kind of stuff. So, I wrote down some things. Because I know you’ll want to know. Explicit consent, right?”

I released his knee to take the notebook and flipped it open to the first page, titled, “Roommate Hookup Policy.”

A set of rules followed, all in Ethan’s neat handwriting.

Rule 1: This is sex only. No emotional attachments.

Rule 2: Hookups will only happen when both parties want them to.

Rule 3: Hookups will only continue so long as both parties enjoy them.

Rule 4: Hookups will be exclusive and will stop immediately should either roommate meet a romantic prospect.

Rule 5: There will be no talking about hookups outside of hookups.

Rule 6: Hookups will end when list of bisexual experiences is complete (See Pg 2).

“Like I said, I’m no good at talking about this stuff. Besides, we should keep our friendship and this stuff separate, right? So boundaries are clear. We don’t need to talk about it when it’s not happening.”

“I guess, if that’s what you want,” I said dubiously. “But I don’t want to presume you want something without asking beforehand. Or assume you liked what happened between us without checking in afterward.”

“We can talk before and after. Just not, you know, at other times.”

I nodded. If this was a condition of being with Ethan, I’d make it work. He was nervous now. Maybe feeling a little shy. But with some time, he’d relax—and possibly his need for rules would too. In the meantime, it wasn’t a bad idea to maintain boundaries. Hooking up with someone you lived with was playing with fire—it just so happened that I thought it’d be good enough to risk a burn or two.

“Okay, good. So, uh, there’s this too…” He took the notebook from me and flipped it to the next page. “I made a list of things I’d like to explore, so you won’t have to ask. Ignore the stuff in pink gel pen. That was Linh trying to make me more exciting. But honestly, this is about all the excitement I can handle right now.”

I glanced down. In black pen, in big, blocky letters, it said: Things Ethan Wants To Experience.

Below that was a checklist of sorts. A sexual checklist.

Ethan stood up and headed toward the hallway. I tore my gaze from the page. “Wait. Where are you going?”

“I can’t handle watching you read it. I’ve got to get to class. Just, uh, text me if you have any questions. That’s easier than talking, okay? And, um, if you agree, we can start… I guess whenever you want to.”

I took one more glance at the checklist, spotted kissing/making out at the top, and tossed the notebook down. Then I got up. “I’ll study this more carefully later.”

I crossed the room, slowly. He watched me warily. When I got within range, I put my hands on his shoulders.

His words trailed away as I pressed him against the wall. Slowly, so slowly—giving him all the time in the world to stop me—I stepped forward until my body pinned him in place. His breathing hitched. His heart hammered so hard I could feel it in my chest.

I tilted my head down, putting my lips close to his ear. “We’ll start now.”

I traced the shell of his ear with my tongue, and he gasped.

“You like that?” I tugged at his ear lobe with my teeth.

He gave a muffled groan in response, his hands clenching tight on my sides. His body arched toward mine involuntarily, and I smiled. This was going to be hot as hell if he kept responding like that.

I kissed along his jaw, closer and closer to his mouth. Slowly though, so slowly. Until Ethan gave a huff and turned his head, catching my lips with his in a desperate, wet kiss.

Heat flashed through me as his tongue swept out to meet mine. He grabbed my hair, threading those long, slender fingers through the strands, and pulled me tight. I let him kiss me as hard and as long as he wanted to, reveling in Ethan taking what he needed.

An idea started to form in my mind. One that would surely test my patience and his, but it felt right.

I would read Ethan’s list of sex acts—to make sure I didn’t overstep his boundaries—but we wouldn’t do any of them until Ethan found the courage to take what he wanted.

Just like today with the passionate kiss that he was very much leading.

When he bit my lip, making me groan deep in my chest, he broke the kiss. His eyes were wide, as if he couldn’t believe he’d done it.

“Don’t apologize. It was hot.”

“Touch me however you want. I’m not afraid of a few bites and bruises,” I said with a wink.

He blushed again, and I could sense our time for sexy talk was over. I vowed that by the end of this experiment, Ethan would want to hear my filthy words. That they’d make him hard for me. But for now, I had no plans to push him out of his comfort zone.

I stepped back. “I’ll let you get ready for class.”

I waited as he blinked twice, then seemed to snap back to awareness.

“Have a good day, Ethan.” I loaded my voice with innuendo. “I look forward to seeing you soon.”

DJ Jamison writes romances about everyday life and extraordinary love featuring a variety of queer characters, from gay to bisexual to asexual. DJ grew up in the Midwest in a working-class family, and those influences can be found in her writing through characters coping with real-life problems: money troubles, workplace drama, family conflicts and, of course, falling in love. DJ spent more than a decade in the newspaper industry before chasing her first dream to write fiction. She spent a lifetime reading before that and continues to avidly devour her fellow authors’ books each night. She lives in Kansas with her husband, two sons, one snake, and a sadistic cat named Birdie.

your ebook choice of Swiped By My Dad’s Best Friend or Matched By My Rival. 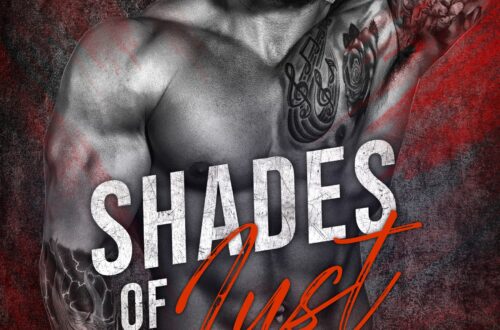 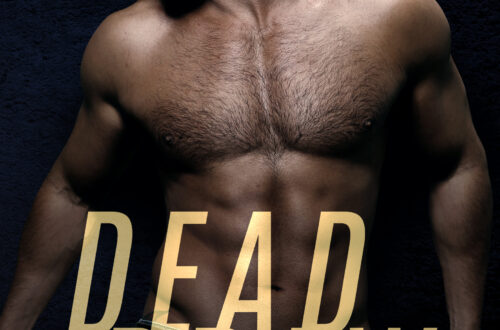