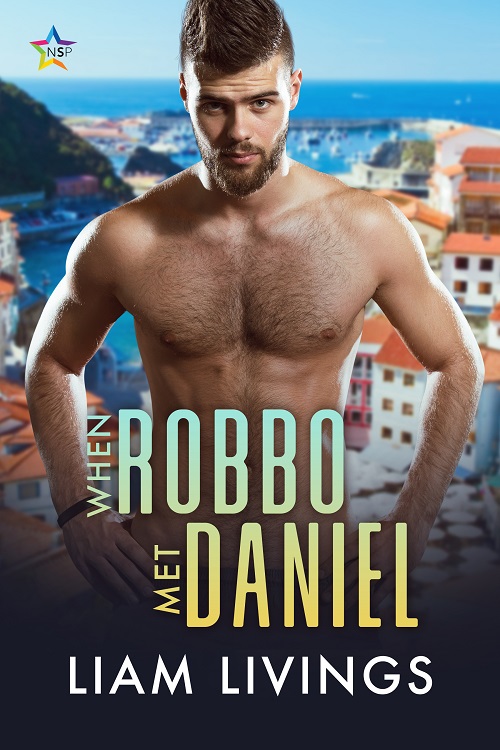 Genre: Contemporary, LGBTQIA+, Vacation, out for you, coming out, first time, friends to lovers

Robbo is broken. He’s split up with his girlfriend. Given up on love. Forever. And now he must pretend to be happy for a friend’s week-long birthday celebration.

Daniel’s boyfriend refuses to go to the celebration with him. Another nail in the coffin for their relationship. So he brings his best friend, Sam. They notice the heart-broken straight guy has attractively filled swimming shorts and a body to draw their sunglasses-obscured gazes.

If Robbo can put aside how he thinks others will see him if he comes out and if Daniel can escape the history of his dead relationship, maybe they have chance.

When Robbo Met Daniel is a stand-alone gay romance with a curious man who’s only ever been with women and a flamboyant gay man who’s looking for someone to be kinder than his useless boyfriend. A dash of well-meaning friends and forced proximity could mean a happy ever after.

Robbo stood back so he could stare at his suitcase, resting on the not very comfortable pull-out futon he’d been sleeping on. He threw four T-shirts, three pairs of shorts, and flip-flops into the case.

There was a knock on the door.

“Yeah. Some Lynx Africa, my shaving kit and I’m done.”

Caspian pushed the clothes into the suitcase. “And sun cream. Maya’s been on about factor fifty for weeks.” He rolled his eyes.

“I’ll borrow yours if that’s OK.” Robbo was already borrowing his friend’s spare room and bed, so what harm would a few squirts of sun cream be?

“Thanks.” Robbo turned to face the bed, his back towards Caspian. “Still think I’d be better off here. Don’t feel much in a party mood.”

“Lulu wants you there. Shaun told me. Said he’d told you.”

“Haven’t heard from him.” Robbo thought it worth trying one last time to get out of the trip. After the upheaval with Becky, he could have done with a week of work and of being alone in Caspian and Maya’s spare room. Just himself and his thoughts moping quietly on the futon.

“He told me he’d called you,” Caspian said. “Still, you know what he’s like. Probably didn’t know what to say.”

Robbo turned and perched on the bed.

“Shaun will mind, because Lulu will mind. Forty is a big deal.”

“Ancient.” Robbo let out a small laugh and rubbed his hands on his thighs. “Lulu’s a bit of a cougar, isn’t she?”

“Shaun loves her. That’s all that matters, mate.” Caspian’s stern stare told Robbo all he needed to know.

“Sorry. I’m not myself. Bit cynical about couples, you know?”

“It’s easy to pack. All I’m doing is moving stuff from that suitcase—” He pointed to the large one in the corner. “—to this one.” He indicated the small one on the bed. “Every cloud…”

“Won’t be long till you’re back on your feet. Best this way. You did try.”

Robbo felt the familiar sadness building in his eyes. He didn’t want to dissolve into another snot and tears covered heap like he had when he’d called Caspian, asking if he could crash in their spare room after leaving the flat he’d shared with Becky, his girlfriend. He swallowed, blinking the tears away from his eyes. “I tried. Lots of things. Lots of times.”

“Enough of this. Or I’m gonna have to hug you again, and we know how awkward that gets. Do you want me to bring out the big guns and hug you?” Caspian held his arms out, waggling his fingers comically.

Robbo shook his head. “Fuck off. I’ll live.” They stood in silence for a moment.

A woman’s voice floated from the far side of the flat, telling them the taxi was booked for an hour, and if they weren’t ready, she’d be leaving without them. But not Robbo. Maya—Caspian’s wife, could have organised her way out of any situation—including making sure Robbo wasn’t allowed to wallow in his sadness. On their futon.

Caspian raised his eyes, gesturing towards his wife’s voice. “Best get on.”

Robbo let out a long, exhausted sigh, knowing he had to put a brave face on things and that staying here being miserable wouldn’t do him any good. He collected his razor and shaving gel and pushed them into the duffel bag, squashing everything else in the process.

Caspian said, quietly now, “Mate. I’ll lend you my gel if it helps with the packing.”

Without turning to face his friend, Robbo removed the can of gel, nodded, then said, “Ta mate.”

“Lads weekend. Like before. Do you good. Trust me.” Caspian closed the door behind him.

Robbo turned back to his packing and focussed on the friends he’d soon be seeing, mentally ticking off their names in turn, then wondering why that didn’t sound quite right. And then, with a heavy heart, he remembered he’d excluded their wives and girlfriends. The pairing of names that meant they had someone. Caspian and Maya sounded much better than simply Caspian.

Maya’s voice, louder now, carried through his closed door, “Twenty minutes. Taxi. If you’re not ready in ten, I’m packing your case, and don’t think I’m beyond rifling through your pants.”

Robbo—knowing Maya meant every word she said, and once he was in the sun and swimming in the pool in Spain, he would indeed feel better than stewing in his own sorrowful juices in this box room alone—threw his phone charger, headphones, and a paperback into his case. “Packed and ready!” He zipped up the bag and carried it to the living room where Maya and Caspian stood next to theirs.

Daniel had been trying to persuade his boyfriend, Terry, to start packing for most of the last week. He had, at this point, already resorted to begging, bribing, and finally offering sexual favours. None of which had changed Terry’s opinion. Daniel fixed a stare at Terry. “The change of space will do us good.”

“Why?” Terry stuck his bottom lip out.

“I’m sure we can work things out. Bit of sun, some swimming in the pool. A beer in our hands and we’ll soon remember why we love each other.”

Terry turned his head away. “I’m done. I can’t talk about this anymore. In fact, despite your romantic ideas about us sitting in Spain and working it all out, I don’t think there’s anything to discuss. Nothing of any value at any rate.”

Daniel slowly stood. “I’ve told you before; I’m not happy with this.” He gestured to Terry.

Terry’s legs were crossed, his arms folded, and his bottom lip still remained resolutely stuck out almost as far as his nose. “I knew it was a mistake when you started seeing that counsellor for your fear of flying issues.”

Daniel bit his tongue, considered his next move carefully, then said, “You’re not used to me telling you how I feel.”

“Fuck me gently. Daniel, it’s all you ever fucking well tell me. You’ve written me a letter. I’m expecting an interpretive dance routine next to make sure I understand how you feel. There’s nothing more to say. I’m done. We’re over.”

Although it bristled slightly, Daniel forged on. “So why don’t you want to do anything about it?” Quietly now, he added, “If you love me.” Didn’t Terry love him?

“We’ve been through this. Besides, I’m doing nothing wrong. It’s you who’s changed since getting these stupid ideas from that stupid woman.” Terry pouted, then checked his nails ostentatiously. “Better for you to fly alone, get used to flying and living without me. No point hanging on to me being by your side when I won’t be afterwards. We’re done. Really done. I’m sure your fear-of-flying woman would approve.”

Daniel realised he wouldn’t get any further with this line or argument since it hadn’t worked before and hadn’t worked now; they’d had this “we’re over” discussion before. So instead, he thought he’d appeal to Terry’s loyalty to his friend. “Lulu’s been planning this party for months. She picked the dates based on your availability. She’s always saying she doesn’t see you often enough. Come, if not for me, for her. Promise I won’t talk about any of this us stuff out there. Come for Lulu.”

“I’m done with this. Us. This conversation. We’re finished. Fuck Lulu, I’m not coming. She’ll live. Plenty of other uni friends there. Doubt she’ll notice I’m not there. I’ll text her now.” Terry, in a huff, large even for him, left the room.

Well, that had been Daniel’s best shot. That had taken everything he could muster and had still failed. Still, another new thing to discuss with the fear-of-flying woman next month, but now he had to call Sam. Going alone was the biggest challenge, getting used to flying, to being, without… But although he thought he should be, Daniel was far from ready for that. Far from ready to give up on him and Terry. Because surely Terry still loved him, didn’t he?

He scrolled through his phone, his thumb hovering over the S while Terry banged and crashed in their bedroom. 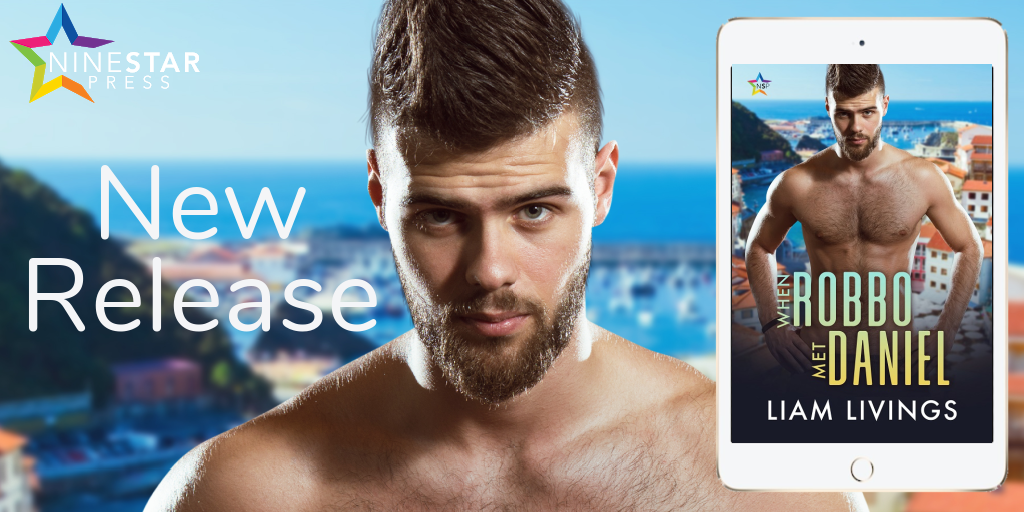 Liam Livings lives where east London ends and becomes Essex. He shares his house with his boyfriend and cat. He enjoys baking, cooking, classic cars and socialising with friends. He has a sweet tooth for food and entertainment: loving to escape from real life with a romantic book; enjoying a good cry at a sad, funny and camp film; and listening to musical cheesy pop from the eighties to now. He tirelessly watches an awful lot of Gilmore Girls in the name of writing ‘research’.

Published since 2013 by a variety of British and American presses, his gay romance and gay fiction focuses on friendships, British humour, romance with plenty of sparkle. He’s a member of the Romantic Novelists’ Association, and the Chartered Institute of Marketing. With a masters in creative writing from Kingston University, he teaches writing workshops with his partner in sarcasm and humour, Virginia Heath as www.realpeoplewritebooks.com and has also ghost written a client’s 5 Star reviewed autobiography. 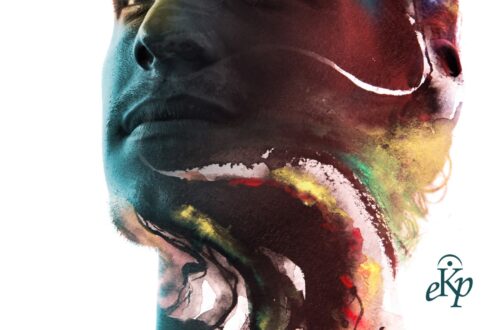 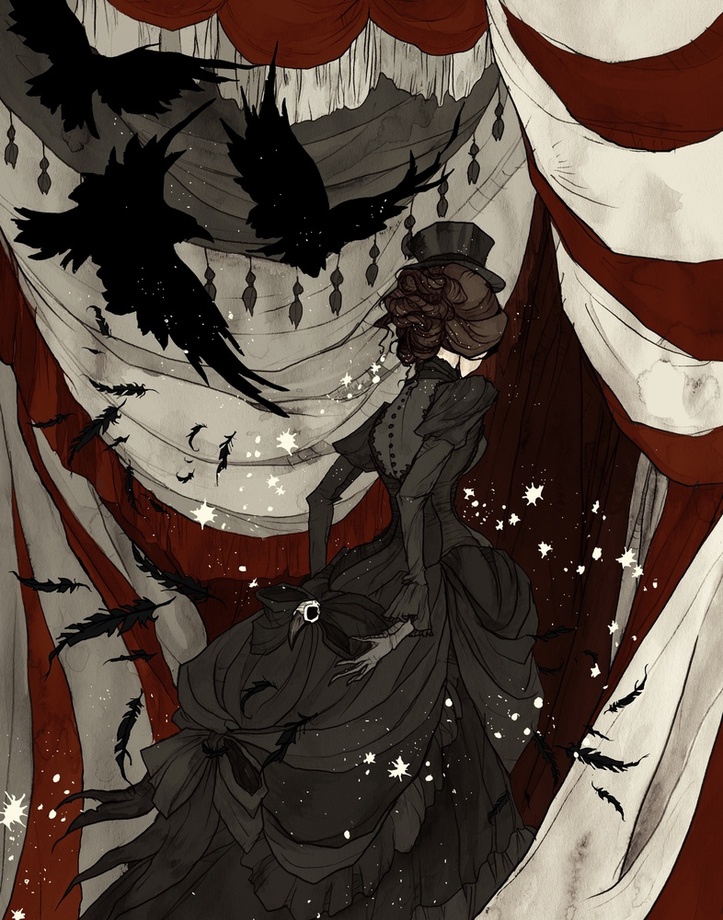 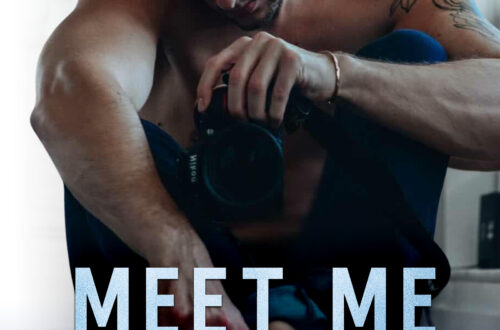