Liam loves his life as a linguist and trader on the Rownt homeworld, but he has ignored his heart and sexual needs for years. After escaping the horrors of war, he wants a boring life. He won’t risk letting anyone come too close because he won’t risk letting anyone see his deeply submissive nature. For him, submission comes with pain. Life burned that lesson into his soul from a young age.

This fear keeps him from noticing that the Rownt trader Ondry cares for him. Ondry may not understand humans, but he recognizes a wounded soul, and his need to protect Liam is quickly outpacing his common sense. They may have laws, culture, and incompatible genitalia in their way, but Ondry knows that he can find a way to overcome all that if he can just overcome the ghosts of Liam’s past. Only then can he take possession of a man he has grown to respect.

I was going like, hmm, I don’t know…the cover looks so meh…The next thing I knew, I was abducted by aliens, taken to their planet and much like Liam, never wanted to leave. I practically inhaled this first book and now I’m actually midway through book 2. Yes, that good.

Right from the time I read the blurb, I knew this would be good. Ex-con second chance stories make for some of the best angsty hurt comfort reads and this is one of the best.

Today we have an scifi/alien romance and a contemporary romance. They’re worlds apart when it comes to genre but are actually a lot similar upon closer examination. Both books feature characters who were discriminated against because of their past. They are also about building trust, soothing of hurts, finding a place to belong and meeting that person who recognizes one’s true worth.

Claimings, Tails and Other Alien Artifacts is about trader, linguist and soldier Sgt. Liam Munsun assigned to the planet Prarowont to trade with the Rownt. One of them was an almost 200 year old Rownt, Ondry. The two quickly struck what appeared to be friendship to Liam over the course of 5 years. Unbeknownst to him, Ondry was actually courting him.

Redemption is about ex-con Luis trying to pick up pieces of his life after a 6-year stint in prison. With his reputation, finding work was nearly impossible. Paolo has heard all about Luis in their neighborhood and wouldn’t have hire the former gangster had his nonno not encouraged him to give the man a chance. Because if he didn’t, who else would?

I loved how their friendship developed and how they slowly learned to trust each other. They were opposites. Paolo has a short temper and grumbles a lot. Luis is pretty chill most times. But it was easy to see how the two men brought the best out of each other. The character portraits were raw and real. The book delivered emotional punches that hit hard while still making the story easy to read.

Both books are outstanding. Belittled humans are better off with kinder, smarter aliens. Ex-cons turning over a new leaf deserve the whole apple.

Former Special Forces Green Beret, Sacha “Joker” Wilder, is well-versed on the subject of demolitions. As a silent partner of Four Kings Security, Joker spends his days working alongside his brothers-in-arms and his best boy, Chip—a bomb-sniffing Belgian Malinois with sass. Years of military and private security experience have prepared Joker for almost anything, except the explosive attraction between him and Giovanni Galanos.

Ridiculously excited for this!!!!

LOVE the cover!!! The models are perfect!

My boy Joker finally gets his own story. This wild child with a short fuse is just begging to be tamed without even realizing it. Gio will have his hands full but I’m pretty sure everyone, including Chip, is going to have lots of fun watching him get the job done.

FIRST LINES FRIDAY 56: The Rebellion or the Empire? 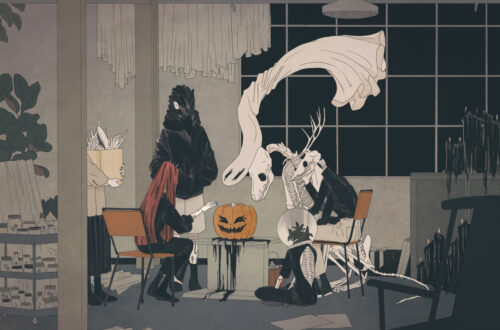 ALL ABOUT HALLOWEEN TAG