He’s never going to believe this is for his own good.
It looks like revenge.
I swear it’s not.
There is zero motivation for me to revenge what he did to my Father.
I’d rather kiss him for it.

For a book that’s dark, the love story is actually very gentle. I’m really loving this so far. Romilly King certainly has a way with psychos.

Demoted to the cold case squad after shooting a suspect in the line of duty, Detective Ronan O’Mara knows that his career with the Boston Police Department is hanging by a thread. His first assignment is the case of Michael Frye, a five-year-old boy who has been missing for seven years. With no new leads or witnesses to interview, Ronan has to start from scratch to solve this mystery. When he sees a handsome local psychic on television, Ronan figures he’s got nothing to lose in enlisting the man’s help to find Michael.

An OK police procedural with lovable psychics and super loud cop. The mystery could have been better, the connection between MCs could have been stronger and police behavior could have been more professional. Still, I liked it enough to read the next book.

We have a dark psychological romance and a paranormal police procedural today. Both books deal with serial killers.

This Is Not Revenge presents more gruesome crimes and more sinister ongoings. There is a cult-like organization headed by Gil’s father that extends his evil reach throughout many corners of the world. The father claims to have magic powers and so does Gil. There’s a disorienting feeling where you question whether this is true or not. Many events seem to coincide with Gil supposedly using his magic. There is Stockholm Syndrome in play as well. The connection between Gil and Leo Livingston, the forensic psychologist grew stronger the longer Leo is held captive. I can’t wait to see where this is all headed. How will they take down the seemingly all powerful evil father?

Dead Speak is a true paranormal. Tennyson Grimm uses his psychic abilities to track down killers and he actually talks to the ghosts. While it is about solving a serial killing, it is not dark. There is a bit of humor and cozy vibe to it. Ten has a loving found family of psychics. His romance with Detective Ronan O’Mara didn’t have a strong start but developed well as the series progressed. Meanwhile, the villain was a giveaway since he was the only mean character there.

No contest here. A strong, patient, level-headed, crime-fighting psychic is what we need but a sweet, delusional, magical, virgin psycho is what we want.

1924, Chicago. Prohibition is in full swing and gang bosses rule the city with might—and magic.

This is the story of small town boy, Sam who flees to Chicago to try his luck. He meets grumpy shifter, Alistair Gatti. The two begins a search for a missing hex after Sam’s cousin was murdered.

Blind Tiger is a treat because not only does it bring us our beloved witches and familiars, it is also set in the 1920s as part of the the Hexworld universe!!! YAY!! This is the first book of The Pride, a new series by fave author Jordan L. Hawk. 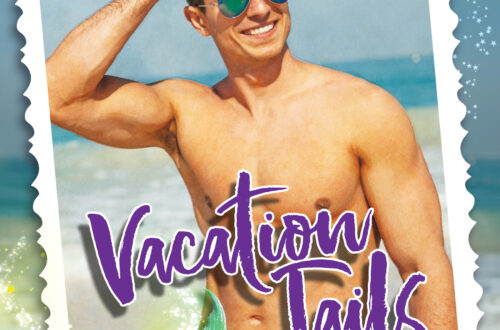