A month ago, he’d had friends, a lover, and a prestigious job in New York. A week after that, he’d found himself back in his Michigan hometown, where he hadn’t spent more than a week since leaving a dozen years before. He had nothing to his name except—now—the bakery where he stood. And yet, alone in the predawn dark of opening day, Alex felt lighter than he had in years. He took a deep breath of leaf-scented air and felt himself grin. Yes, Alex liked bringing things to life, and he’d dragged this bakery into being from the wreckage of his life in New York.

It was like desperation but with none of the darkness.

Now, Corbin knew that his first impression of Alex had been correct. He was kind to his core, with boundless energy to take on a project, and he savored fresh air and trees as if each breath were the first he’d had in a long while. He reminded Corbin a little bit of Wolf.

But there was still the quality he couldn’t figure out. It wasn’t sadness—not exactly. Nor loneliness. There was no pity to it, no regret. The closest Corbin could name it was something like potential. An unused resource. Something waiting for . . . something.

Last month, Alex Barrow’s whole life imploded—partner, home, job, all gone in forty-eight hours. But sometimes when everything falls apart, better things appear almost like magic. Now, he’s back in his Michigan hometown, finally opening the bakery he’s always dreamed of. But the pleasure of opening day is nothing compared to the lonely and beautiful man who bewitches Alex before he even orders.

Corbin Wale is a weirdo. At least, that’s what he’s heard his whole life. He knows he’s often in a fantasy world, but the things he feels are very real. And so is the reason why he can never, ever be with Alex Barrow. Even if Alex is everything he’s always fantasized about. Even if maybe, just maybe, Corbin is Alex’s fantasy too.

When Corbin begins working at the bakery, he and Alex can’t deny their connection any longer. As the holiday season works its magic, Alex yearns for the man who seems out of reach. But to be with Alex, Corbin will have to challenge every truth he’s ever known. If his holiday risk pays off, two men from different worlds will get the love they’ve always longed for.

A soft and gentle story that is kind to its characters. Full review here. 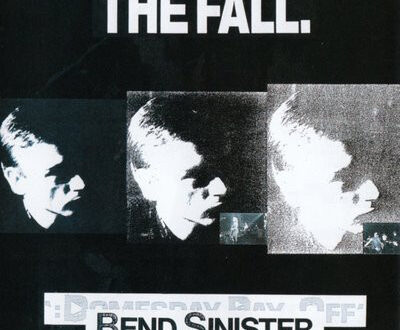 MUSIC MONDAY: Living Too Late by The Fall BLOG TOUR: Back To You by Kiska Gray (Excerpt & Giveaway)