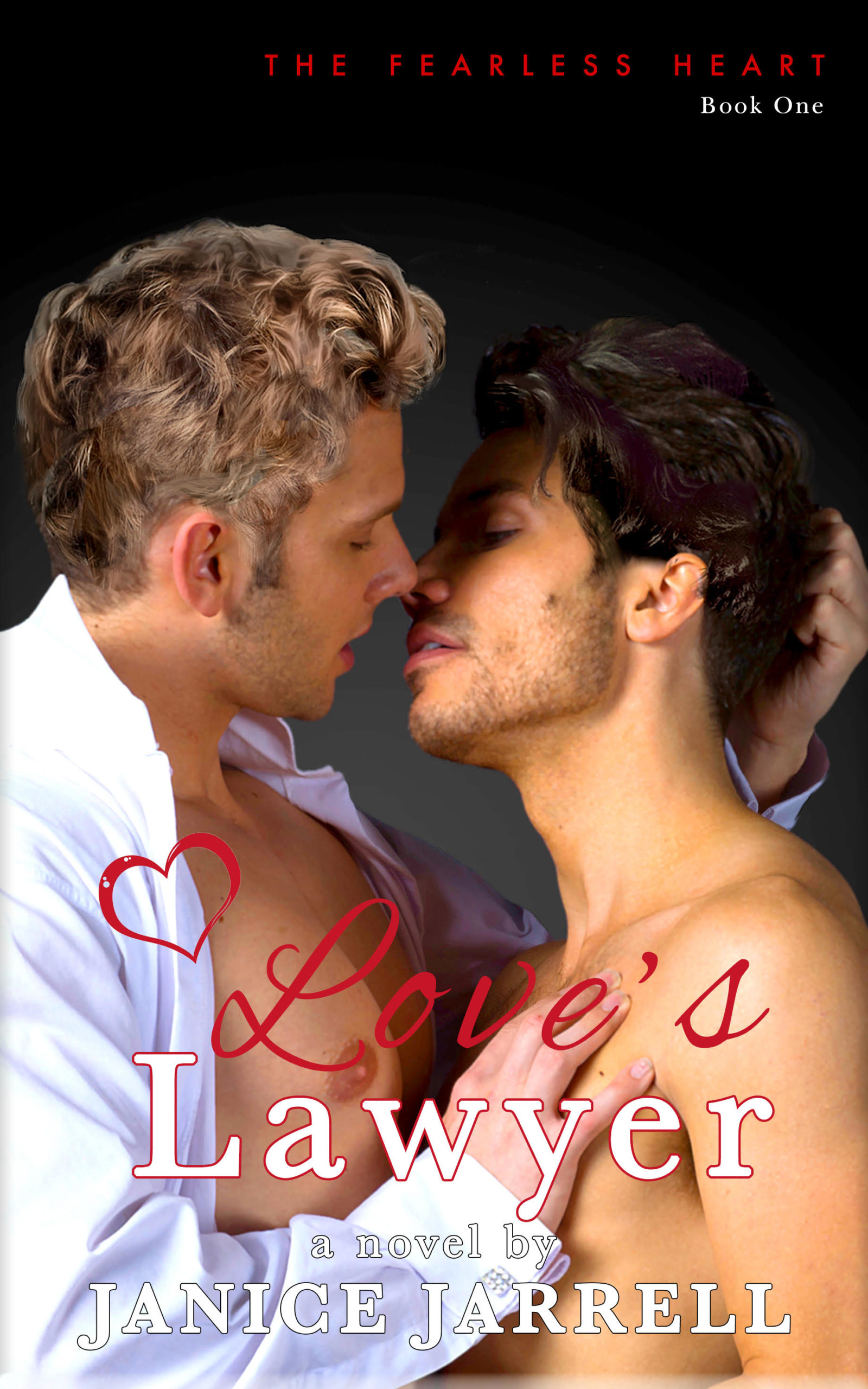 Would law school do what a drug lord’s bullet could not?

Colin Campbell had been a champion all his life. Nothing had ever beaten him, not even a drug lord’s bullet. And he approached law school the same way he approached everything in life, with cocky confidence fizzing through his veins like ginger ale. He had it all. He had the looks, the brains, the experience, the know-how and he also had the love of his life at his side. He couldn’t be defeated.

But he hadn’t counted on the gravitas of law school, the reading, the preparation, the cases, the competition, the Socratic Method, the concepts, the grading curve, the expectations, the finals, memos, study groups, outlines… all of it piled and heaped upon those preparing for a career as an attorney until it wasn’t surprising that some of them simply imploded under the weight of it all.

Suddenly Colin was scrambling to keep up and rarely ever seeing Joshua. His grades slumped as he tried desperately to balance the opposing forces in his life, but his only solution was stretching himself thinner and thinner, until he feared he’d be torn in two. Joshua pleaded with him to slow down, but Colin refused to lighten his load and the path before them grew darker and darker.

They’d been through so much and survived. Would law school be the storm they could not weather? Would it do what a drug lord’s bullet could not and hand Colin Campbell the bitter defeat he never believed he’d have to face?

Or would the man he loved find a way to draw him back from the abyss.

Joshua nodded again, then turned to face his husband, his jaw clenched tight. “I know all about this kind of study, Colin,” he hissed out. “I’ve done them myself. Two credit hours equals out to at least six or eight hours a week of research, analysis, and in your case, detailed legal writing.”

He leaned toward Colin and when he spoke, his voice was a hoarse grate in his throat. “And just where the fuck are those hours supposed to come from, Colin? I never see you as it is! And now what little time we did have together will be sucked down the drain because of this… this…” he hissed out a disgusted breath and slapped at the papers in Colin’s lap, spilling them onto the floor.

He shot to his feet and stalked toward the kitchen, then spun back to face Colin, who gathered the wrinkled pages into his hands. “I can’t imagine why you thought I’d hate this,” he said. “Why would this bother me? It’s not like I give a flying fuck about ever spending any time with the man I married! I enjoy living alone.” His voice cracked with barely controlled emotion, and his hands suddenly balled into fists. “Goddamn it, Colin!” he cried out in anguish. “How could you do this?!”

“Oh God, Colin, just shut up!” Joshua spat out, spinning away from him to stride toward the kitchen. “If you were going to say no, you would have done so, and I never would have heard about this goddamn project. Every fiber of your being is leaping with joy about it. You think I can’t see it? You think I don’t know you well enough to…” He shook his head, his teeth clenched in frustration. “Fuck it,” he said. “I’m done. I’m not saying another word.” He careened into the kitchen and fell against the counter, leaning on his elbows. His hands lifted to cover his face. “Fuck it,” he said again, his voice husky. “Just fuck it all!”

Colin came up behind him and stretched out a tentative hand to touch his back. “Josh, please. Just talk to me for a second.”

“Why?” Joshua asked. “Why bother? Your mind is made up, and you damn well know it.” He turned to face his husband. “Don’t play me, Colin,” he demanded. “Just don’t fucking do it.” Joshua’s face was damp with tears, and Colin bowed his head against a storm of pain and guilt.

“Josh, okay. I understand why you’re upset. I do. But we can talk this through. It isn’t going to be the way you… the way you described it just now. I promise you.”

Joshua’s laugh was a sob in his throat. “Right.”

Joshua stared at him, his huge brown eyes misty with tears. “You can’t make the schedule you’re on now work, Colin,” he whispered, his voice strangled. “We pretend it’s working, or rather I do by not complaining about—” He stopped, and his voice trailed off. He shook his head, staring silently down at the floor beneath their feet.

“Josh, please talk to me,” Colin begged. He grabbed Joshua’s wrists and tried to draw him into his arms, but Joshua jerked away.

“Not now, Colin,” he replied, moving away. “I can’t right now.” He stumbled toward the stairs, his hand gesturing back at Colin as if dismissing their conversation. “I’m done. I’m going upstairs.”

“Do what you want,” Joshua muttered, his voice leaden. “You will anyway.”

with a NEW cover, NEW format, and NEW content.

FREE ON AMAZON AND ON KINDLE UNLIMITED

My name is Janice Jarrell. I am a retired grandmother who lives in Seattle, WA. I have two children and three grandsons. I’ve been writing gay romance since I was twelve years old, only back then it wasn’t called ‘gay romance’. In fact, it had no name at all. It was the fifty’s, and it was worth your life to admit to being gay, let alone confess to being a girl who constantly fantasized about relationships between gay men. Hell, I didn’t even know what a homosexual was. I lived on a farm out in the sticks in a tiny Michigan village and I’d never, to my knowledge, even heard the word. I just knew I loved the thought of boy on boy romance. I just knew that there was something hot going on between Tom Corbett and his Space Cadets and all those guys on ‘Combat’.

I wrote slash fanfiction for 30 years, writing over 337 stories, some as short as 100 words (a drabble) some as long as a series which was over 119,012 words. I enjoy writing my stories. I enjoyed the feedback I received from my readers. It was a creative release I’d been searching for my entire life and I blessed the Internet for leading me to this artistic oasis for my spirit.

Love’s Magic was my very first step into writing my own characters. I will always be grateful the slash fanfiction community for nurturing the budding author until she was ready to blossom into a fully realized novelist. It’s been an amazing thing to watch the gay community’s growth over these past twenty years. My own journey has echoed theirs in many ways, and I’m grateful to all those gay activists who fought to give the gay community the rights and privileges they always deserved. Love’s Trials and Love’s Glory were the second and third books in the series and both Love’s Magic and Love’s Trials are available in audio format on Audible.

I’m also grateful to the gay romance community, readers, authors, publishers and promoters, who are making these, my retirement years, the most creative ones of my life. When I’m not writing, I’m traveling, walking, hiking, knitting, crocheting, and weaving.

I’m very excited about the upcoming release of my fourth contemporary gay romance novel, Love’s Lawyer. Those of you who fell in love with Joshua and Colin in the three previous books in this series are in for a treat because they are in rare form in Love’s Lawyer. Colin takes on way too much, and his obsessive drive to succeed proves almost as deadly to their relationship as a drug lord’s bullet. But despite their struggles there are still many passionate, loving moments and the friends they treasure will be there to help them find their way. 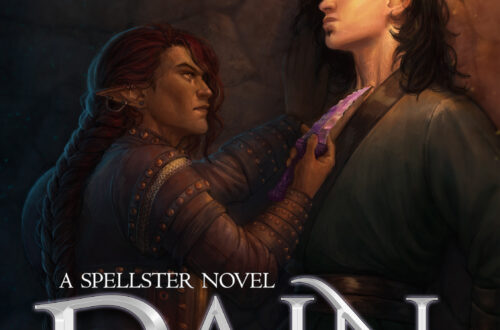 COVER REVEAL: In Pain And Blood by Aldrea Alien (Giveaway) 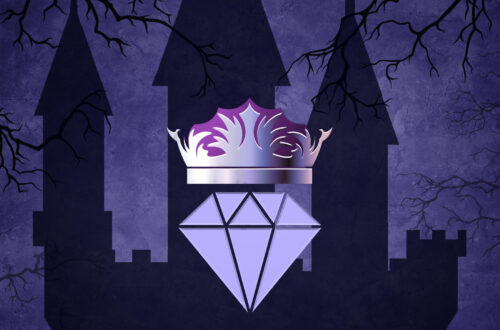 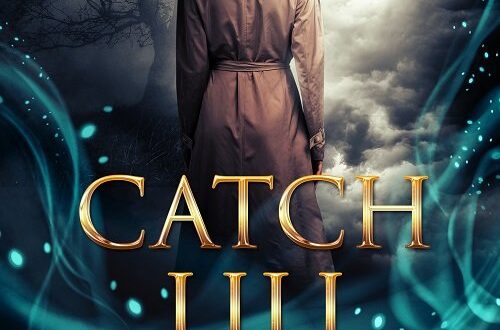