At only thirty-two, Bishop Stockley has lived a hard-knock life. His gang was his family, the streets his home. Until the crew he’d always called his brothers betrayed him. After doing five years in a federal prison, Bishop is back at his dad’s trailer and working for his landscaping company, thrust into a legit world where he’s no longer the alpha—a world where a criminal record is the least of his disadvantages, because Bishop can’t read or write. Illiteracy had never been an obstacle for him on the streets, he didn’t need to know how to read Moby Dick to survive, he needed to know how to read people… and that was a hustle he’d learned hard and fast. Now, he had to change his life.

Bishop’s only support system was a young, inexperienced dad who’d insisted he call him Mike all their life—since they looked more like brothers than father and son. And his hot-tempered, childhood, best friend from ’juvie, Trent. Bishop already had the deck stacked against him, but he wasn’t afraid of hard work to change his situation, and he did want to change. Especially after he encountered Edison Scala, a kind-spirited office manager who didn’t hesitate to come to his defense… a man that saw past Bishop’s grass-stained coveralls. A man who wasn’t intimidated by his stern features and his silence.

Edison hadn’t grown up the way most of his peers had. He’d been raised by a single father who’d owned an old-fashioned barber shop where Edison was taught how to not only shave with a straight razor, and shine shoes, but also how to treat others, to not judge, to be a gentleman, to be respectful and speak without profanity. But, the biggest lesson he’d learned, was to always be himself. His lack of friends and a social life wasn’t his fault. No matter how much weight he gained, no matter how many times his staff called him a square, Edison did not need to change.

Bishop knew Edison was off-limits. He’d made personal vows to himself when he was released from prison, ones that he never intended to break. But, when Edison asked him about providing landscaping services at his home, there was no way he could refuse. He hadn’t expected Edison to feed him, praise him, encourage him, and look at him the way he did—as if Bishop was somebody. Mike and Trent warned him not to mix business with pleasure and he didn’t intend to.

No multiple pairings.No cliffhangers. Ends with a very, very HFN.

Warning:
This book is a M/M contemporary romance, a hardened man’s struggle to find real love.There are no police chases or doors being kicked in, in this one. But, don’t worry.Bishop is still intense enough to keep you on the edge.

Bishop: A True Lover’s Story is a moving story of one man’s struggle, not only to find real love, but to rise above and become a better person. This is different from A.E. Via‘s usual offering of law enforcement bad boys and shifter alphas. This is a true blue contemporary romance but with the same intense alpha males she does best.

The two main characters couldn’t be more different from each other on the surface. Bishop is rough around the edges. He’s an ex-gang leader and ex-con who couldn’t read and write. He grew up with a dad who was only 15 years older than him and wasn’t much of a father figure. Bishop was in prison for 5 years for armed robbery along with his best friend, Trent. Meanwhile, Edison was an executive at a law firm at only 26. He’s slightly overweight, cooks like a master chef and is a veritable bookworm. He has no social life at all.

Right off the bat, I connected with Edison with his weight woes, love for good food, lack of friends and capacity to devour books. It was easy to dismiss Edison as spineless at first glance. He lets his subordinates walk all over him, especially that giant prick, Skylar. But I think Edi is really just a well-mannered man who chose to be polite because he has class. He’s also genuinely kind. I loved how he makes old-fashion charming rather than backward.

Bishop is strong and vulnerable at the same time. I couldn’t imagine the kind of struggle he has gone through in a world where we take knowing how to read for granted. It was impressive how he was able to survive and adapt. He also is a talented artist who created magnificent landscape designs. I liked how he wanted to improve, not because he’s in a relationship with a wonderful man but because he owed it to himself. He’s one of the best leads Via created.

The story took its own sweet time establishing the characters and their backgrounds. Some might find the going too slow. Even I who like slow burn found myself wanting to hurry things along especially at the first parts. But I was happy I stuck around. As I got deeper into the story, I was rewarded with a beautiful portrait of a relationship between two people who fit together perfectly.

The secondary characters were also outstanding. Bishop’s dad, Mike, Trent and even Skylar the villain were all effective in their supporting and antagonistic roles. Skylar was a hateful piece of shit who liked making Edison’s life miserable because he really wanted Edi for himself. Mike is that cool dad who tried really hard to make up to his son for his lack of proper guidance while growing up. Trent was the brother from another mother who always got Bishop’s back. Trent was a favorite, he needs his own book. And I just know it’s happening!!!

Overall, Bishop: A True Lover’s Story is one of Via‘s best written books. Recommended if you’re looking for a story where love is pure and food is good.

Rating:
4 Stars – minor quibbles but I loved it to bit

Soundtrack: The Way I Am
Artist: Ingid Michaelson
Album: Girls and Boys 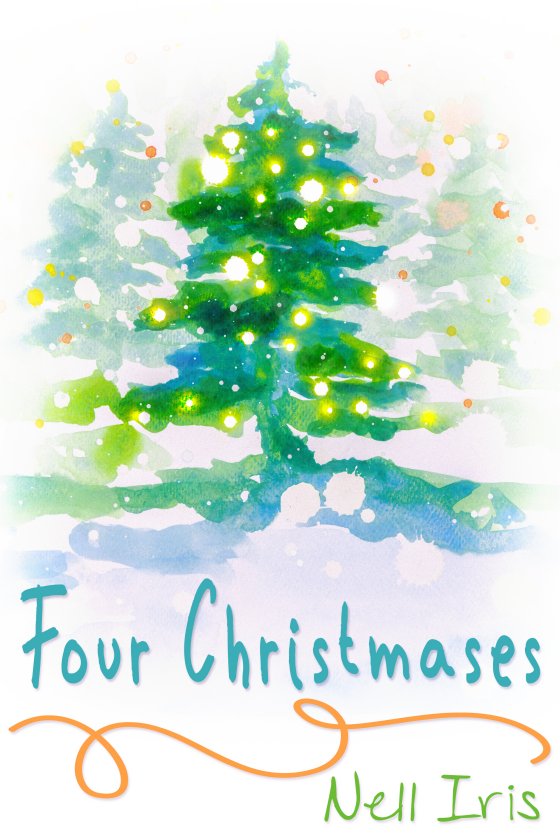