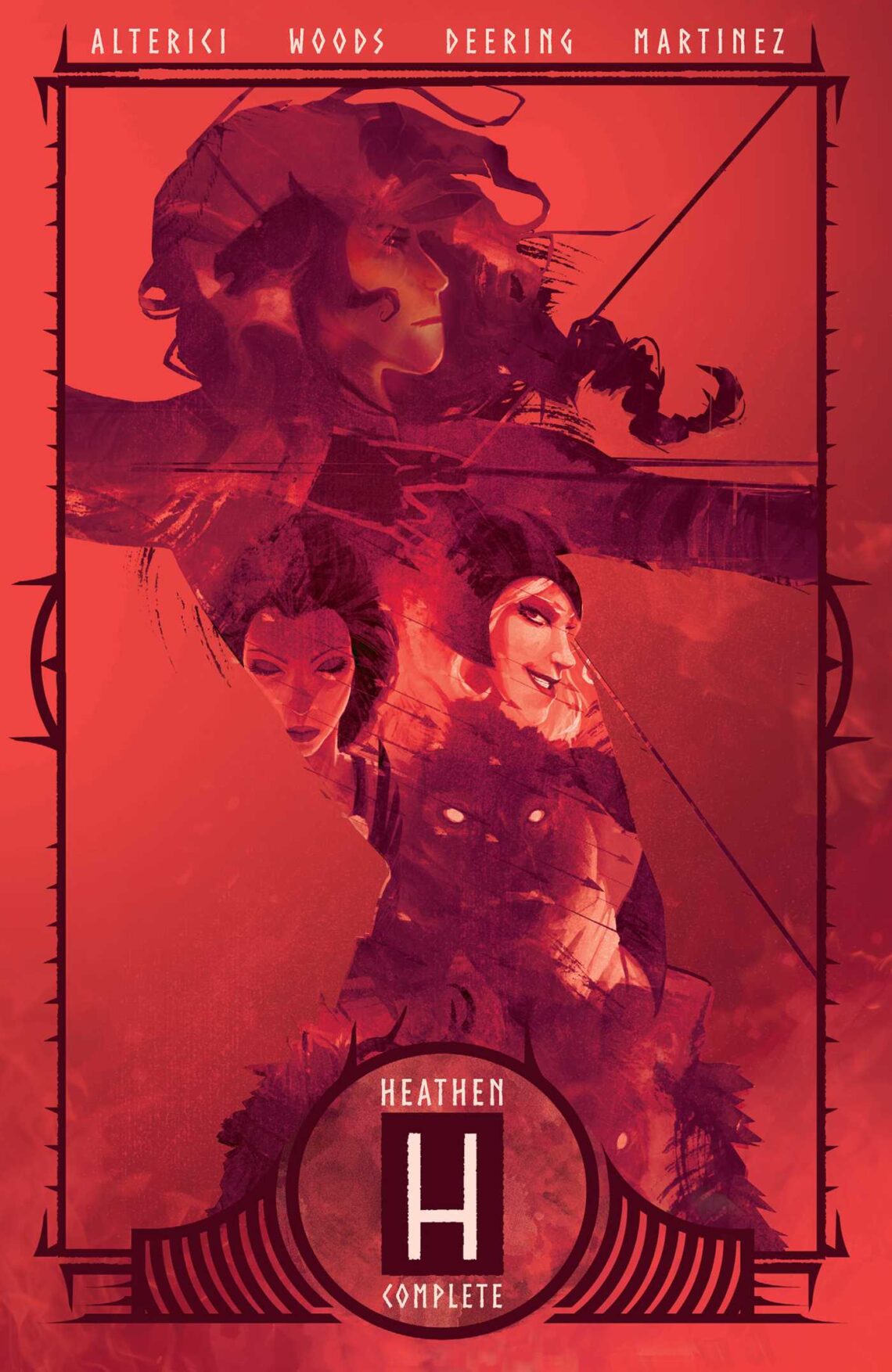 THE GODS MUST PAY…

Born into a time of warfare, suffering, and subjugation of women, and exiled from her village for kissing another woman, the lesbian Viking warrior, Aydis, sets out to destroy the god-king Odin and end his oppressive reign. She is a friend to many as she is joined by mermaids, immortals, Valkyries, and the talking horse, Saga. But she is also a fearsome enemy to the demons and fantastic monsters that populate the land.
Heathen – The Complete Series Omnibus Edition trade paperback collects the entire twelve-issue series.

Perfect for fans of Monstress, Helheim, and Northlanders.

“These declarations of self from women and queer characters fit so elegantly into the mythology Alterici uses to weave her tale, it reminds us that these narratives belonged there all along.”- The Mary Sue

“I want epics with female leads, and fortunately HEATHEN fulfills that desire in a big way, while also adding its own unique touch with themes that are as contemporary as they are timeless.”- Women Write About Comics

“One look at the cover and I knew this book was right up my alley. If you are into Norse mythology and aching for a lesbian angle, then this book is for you. If you want a love story that is more than a romance, a heroine that is truly honourable and fierce, then I urge you to pick this … up.”- The Lesbian Review

“Natasha Alterici’s Heathen, has single-handedly redeemed the disaster that pop culture has been making of Norse mythology. It’s a smart, funny, feminist, queer and sex-positive take on the Viking world; one with a wide cast of diverse and endearing characters. Heathen is a must-read for comics (and mythology) lovers of all sorts and those in quest of superb queer and feminist comics in particular. RATING: 10/10”– Pop Matter

What was your inspiration for writing your graphic novel?

Heathen began with a simple Ren Faire costume design, I wanted to go as a barbarian, and the outfit I came up with wasn’t far off from what Aydis wears in the book. After that I found myself drawing it again and again, and realized it was developing into a character. So the next steps were obvious; give her a horse and then write her a story.

List your favorite graphic novels or comics from when you were a child and talk about how you see them as an adult.

I never got the chance to read any comics as a kid. I was too busy obsessing over a different Eyewitness book every month and then later Mary Higgins Clark mysteries and Lurlene McDaniel romance books. I got into comics in college after my English Comp teacher assigned Maus, and from there I sought out the classics like V for Vendetta, Persepolis, and some Sandman. I’ve always been a seasonal kind of reader, sometimes I’m devouring everything I can, other times I almost forget books exist. Just how I’m wired I suppose.

I’ve honestly only read one so far this year, but it was a great one! Laura Dean Keeps Breaking Up With Me by Mariko Tamaki and Rosemary Valero-O’Connell. It’s so refreshing to read about queer characters who are neither role models nor tragedies (both are perfectly valid, just oversaturated). They’re just normal kids with normal relationship problems that they have to learn to navigate. I really enjoy down-to-earth stories like that.

Talk about your favorite kind of character to write about

I love messy flawed characters, the kind who want to be better but aren’t quite sure how to go about it. I also love writing flirty characters, they’re hands down the most fun to write. And if a flirt happens to be messy and flawed themself, well that’s the perfect combination.

Talk about your least favorite kind of character to write about

This is a difficult one, because if I were to describe the kind of character I don’t like I’d inevitably be describing the kind of people I don’t like  and I try to find the likable part of anyone I’m writing. Otherwise it’s hard to empathize with them, and empathy is the most important part. I guess I’d say I find it hard to write about people who find joy in being cruel.

Comfy chair with a foot rest, view of the forest or a field, music playing, unlimited access to some kind of sweet treat like peach rings or twizzlers, and plants to fuss over while I run through scenes and dialog in my head.

I’d love to have floor to ceiling shelves, with one of those rolling ladders. Everything is organized by Library of Congress call number system (I worked as a university librarian for a while), and it’s dust and mold free somehow. And there’s a big pile of cushions and pillows to lay in to read.

What are some of your favorite video games?

I’m really into Ark: Survival Evolved right now, I enjoy finding and taming all my favorite dinosaurs and building things. I also play Phasmophobia, Minecraft, Katamari, House Flipper, and I like colony sim games like Oxygen Not Included and Banished.

Natasha Alterici is a writer and artist living in Tulsa, OK who has been working as a freelance artist for over ten years. Works include Heathen (Vault Comics), Dinosaur Project, Gotham Academy: Yearbook, Grayson Annual, The Lez Film Review, Mixed Signals, Lovers and Other Strangers, Transcience, and a number of others. When not drawing, she enjoys watching cooking shows with her wife and their two cats, Cheshire and Louise.

About Ashley A. Woods:

Ashley A. Woods is a comic book artist, writer, & creator from Chicago known for her work on the “Niobe”, “Ladycastle” and “Tomb Raider” series. She got her start through self-publishing her action-fantasy comic series “Millennia War” which led to her career in comics and TV. After earning her degree in Film and Animation from IADT, she traveled to Kyoto, Japan where she presented her work in a gallery showcase called, “Out Of Sequence”. Recognized for her female illustrations and designs, her most prominent work is “Niobe: She is Life” with Stranger Comics. 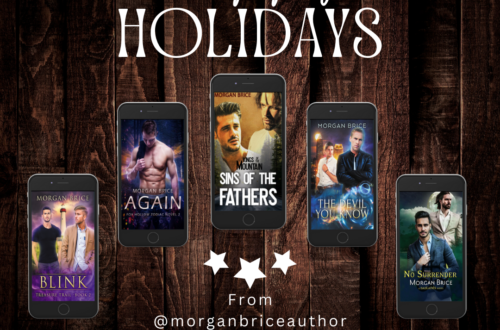 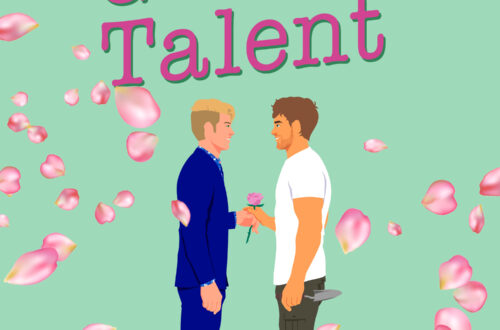