Sometimes salvation comes from the most unlikely hero.

When Tate Gillespie is marked for death for a crime he didn’t commit, his life crumbles. In a world where ‘justice’ is meted out by a relentless military force, he’s going to need more than a mythical guardian angel. His life down to seconds, he’s saved by the mysterious X, a knife-wielding man he’s never even met before. But who is X? Is he the man who threatens and kills without a second thought? Or the strangely gentle man who only seems to act that way around Tate?

X is a shadow. A wraith. A man who flits through the city virtually unseen. He’s got no time for people when knives are far more reliable. X does have one weakness though—the man he’s been keeping safe for years who doesn’t even know it. He’d burn the whole world to keep him alive. But what he won’t do is stake his claim. Tate’s not his and he needs to remember that, no matter how close they might become.

With the military in hot pursuit, they’re going to need to rely on X’s skills to keep them both alive. Tate’s feelings are growing with every hour they spend together, but X is a tough nut to crack. Can two people from very different backgrounds really find common ground? Or will one of the many perils they face throughout their long journey drive them apart?

Simon Burke has always preferred animals to people. When the countdown to adopting his own dog is unexpectedly put on hold, Simon turns to the PetShare app to find the fluffy TLC he’s been missing. Meeting a grumpy children’s book illustrator who needs a dog walker isn’t easy for the man whose persistent anxiety has colored his whole life, but Jack Matheson’s menagerie is just what Simon needs.

Four dogs, three cats and counting. Jack’s pack of rescue pets is the only company he needs. But when a bad fall leaves him with a broken leg, Jack is forced to admit he needs help. That the help comes in the form of the most beautiful man he’s ever seen is a complicated, glorious surprise.

Being with Jack—talking, waking, making out—is a game changer for Simon. And Simon’s company certainly…eases the pain of recovery for Jack. But making a real relationship work once Jack’s cast comes off will mean compromise, understanding and lots of love.

Another fluffy offering from Roan Parrish. Not as perfect as her Corbin Wale book but still full of heart and furry friends.

Two books that seem different at first glance. The current is a dystopian action adventure of two people on the run, an assassin and a pharmaceutical employee. The other is a contemporary romance between a book illustrator and a graphic artist who bonded over animals. The first is a story of unrequited love, the other involved a gradual and mutual blossoming of feelings. However, both books have slow burn romances. Each story has a grumpy MC or characters who thought themselves unlovable finding that one person who saw beyond their off putting exterior. They also touch upon the theme of finding a place to belong to as well as put major focus on how a character is forced to step out of comfort zones.

Exposed is set in a dystopian version of what I would guess is the Australian continent. The world is separated into the haves, who lived in a militarized city and have-nots, who lived in slums. Mysterious knife-welding assassin X stalks a young man, Tate as he obliviously goes about his mundane life in the city. Then one day, Tate was set up for a crime punishable by death. X steps in to rescue him. With the military police hot on their heels, the two set out to the rumored underground city to find safe haven

The sunshine+grumpy dynamics comes strongly into play here. Man of few words X devoted half his life to protecting the talkative Tate even when the man didn’t even know the former existed. He continues to do so now that they were on the run without expecting Tate would return his feelings. Tate is drawn to the silent, broody man who loves his knives. The naive city dweller is forced to deal with a lot of unpleasant and filthy circumstances but remains upbeat and positive. Will this unlikely pair reach safe haven? Does it even exist?

Better Than People is a book for and about animal lovers. Grumpy children’s book illustrator Jack meets graphic artist Simon through an app called PetShare. Simon has crippling social anxiety that made even stepping out the door very challenging, so yeah, starting conversations are nearly impossible for him. Jack hates people but there was something about the socially awkward Simon that made him give the man a chance. He quickly thought of a way for them to communicate. Thus begins a friendship that soon blossomed into something more.

Both characters are artists so drawing plays a big part in the story. I loved how the anti-social Jack was so gentle and patient when it comes to Simon. Simon Burke is one of the strongest book person I know. I also loved that this shy man who struggles with words has a delightful streak of snark. The hurt/comfort romance evolved slowly, allowing both characters to learn about each other and become part of each other’s lives. This book is set in the same world as The Remaking of Corbin Wale. It is written in the same whimsical style but more realistic and angsty.

All my love for soft boys who proved their mettle but right now, the battle-hardened man who melts for the sassy twink has the edge.

Some passions can set a city aflame.

Consigliere Jack Barsanti has worked his way up from nothing, survived a vicious mafia war and, proving his loyalty, done time for his crime family, the Lo Cascio. He’s devoted his life to defusing tensions, reining in volatile men, and keeping the peace between the three crime families in Port Francis to prevent another bloody war. All the time harboring one devastating secret that would cost him everything.

Enter Salvatore Rausa. A boss himself, Sal doesn’t care about peace or the feelings of other made men. The war has cost him the wife he dearly loved, and he’s bided his time to prepare for payback. But he needs intel to wipe the Lo Cascio off the map first.

Nobody in their right mind would lay a hand on a rival family‘s consigliere. Nobody except Sal. When he grabs and bags Jack Barsanti, he knows the clock is ticking. He needs to work quickly to make Jack spill his secrets. Except when he interrogates Jack and uncovers the weaknesses of his enemies, he gets a whole lot more than he bargained for. 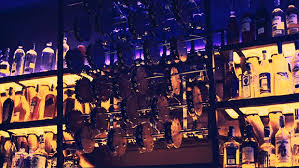 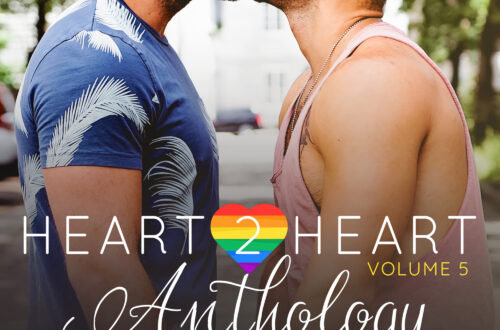