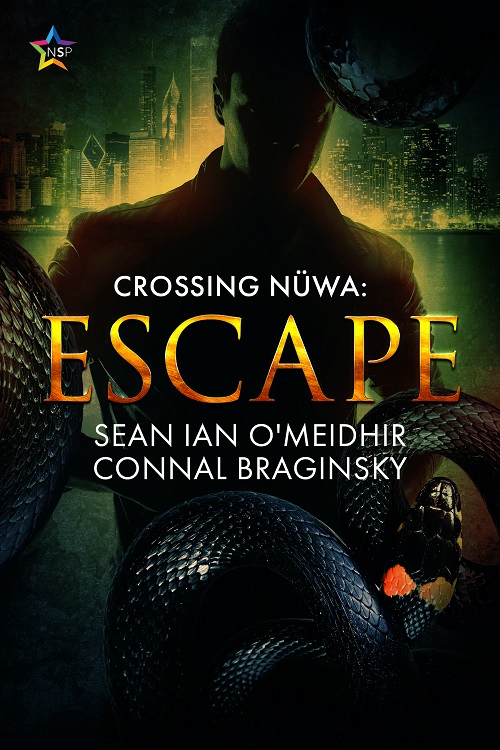 Rare male weresnake Robbie has had his whole life decided for him down to his meals. But when the time comes for him to perform an unspeakable duty to his clan, he runs.

San Francisco Pride is in full swing when technomage Theo spots a scared-looking young man with brilliant emerald eyes. He’s only looking for a hookup, but before he knows why, he’s taking Robbie home and introducing him to champagne and enchiladas. He doesn’t have any intention of falling in love.

Robbie doesn’t want to return to his clan, at least not without trying to fit a lifetime of experiences into a week, but every day he stays puts Theo in more danger. One week of freedom leads to sexual awakening and adventure… but they’re going to need all their wits and Theo’s magic to fight for their future.

Breathe. Just breathe. Well past midnight, I sat on the edge of my bed—fully dressed. If I do this and they catch me, they might kill me. But… How can I not? I can’t stay. I can’t do what they want… Every time I thought about it, my stomach began to churn, and I felt light-headed. What other options were there?

“Come on,” I whispered, then laughed. Talking to myself? That’s what this had come to?

I stood on wobbly knees and opened my large walk-in closet. Over the last month I had been stowing things I would need in a backpack I hadn’t used since I was thirteen. An extra pair of pants, four shirts, seven pairs of underwear, seven pairs of socks, three half-full deodorants (having convinced Mrs. Matlock, our housekeeper, that I go through them quickly), and two half-tubes of toothpaste earned with the same deception that caused spikes of guilt when I thought about it. No one had noticed these things slowly going missing, or if they had, they didn’t say anything.

I stared at the backpack for a ridiculous amount of time. This is a bad idea. They’re going to kill me…

I snatched the backpack before I could think about anything else, rushed to the bathroom where I grabbed my electric razor and toothbrush and shoved them in. I slipped my e-reader from the bedside table into the front of my pack and surveyed the room. My room since I was born. My prison…

Of what few things were there, I could see no reason to take anything else. Opening the door slowly, I peeked out into the darkened hall. Shifting my eyes to my serpent’s, I double-checked the hall and sighed with relief that there were no heat signatures that would suggest anyone lurking. Except me. I was the only one who stayed in my wing unless there were guests, so the bath and two other bedrooms in the wing were usually empty.

What was I going to say if they found me? I rolled my eyes at myself. What could I say? “Yes, Mother, just out for an evening run. Oh, the backpack? Well, you know how smelly I can get, thought I’d bring a change of clothes, or seven.” I snorted at the absurdity of the situation, and then at the fact that I had been hovering in my doorway for over a minute. A little voice in my head started the mantra, “Just go, go, go.”

I nodded and hurried out the door, down the hall, down the stairs, and paused.

The house was silent. Of course it was; no one was awake at this hour.

Food. What was I going to do for food? Good thinking… I tiptoed around the corner and through the formal dining room, which led into the kitchen. Ms. Matlock retired to her cottage at 9:00 p.m. sharp every night. She did not return to the main house until 6:00 a.m. every morning, and Mother and Aunt Edna never came into the kitchen. Except after midnight when there’s someone rummaging around in there, I chastised myself and worked harder to be quiet.

I held my breath and listened again.

I grabbed three pieces of fruit from the large bowl at the end of the counter. If I take more, they’ll notice. Heck, they’ll notice I’m gone at 7:00 a.m. when I’m not down here for breakfast, so what will it matter if they notice more fruit is gone? I groaned and stuffed four more apples into my bag. The rest of the food in the house wasn’t prepared into meals, and I didn’t know how to cook. The thought came to mind of trying to teach myself how to cook one of Mrs. Matlock’s meat loaves so I could take it with me. But the smell would probably carry, and how long did it take to cook a meat loaf? What about salad? I could probably put together a salad… But how would I carry it?

I was stalling. This was stalling. I shook my head and hurried back through the dining room toward the front door and stopped. Mother’s purse. She stored it in the entryway cupboard, but today it was sitting on the counter. I stopped breathing. Taking small gasps of air, I stood still.

She was behind me. I could feel her. Her eyes boring into the back of my skull. Her breath tickling my ear.

I whipped around to find the hall empty and shuddered with relief. A visceral thing.

Gasping for breath, I bent over and rested my hands on my knees. I’m going to vomit. Deep breath. In through the nose. 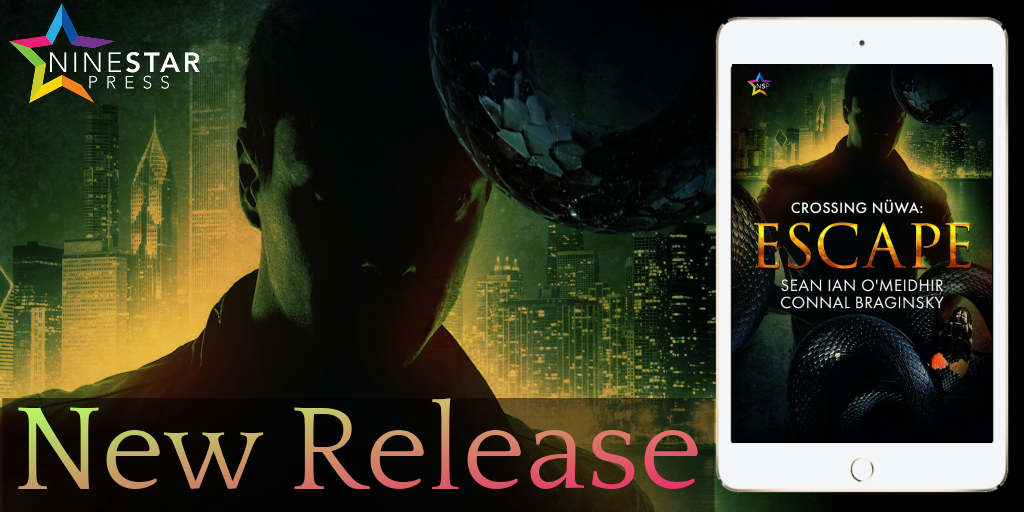 Connal Braginsky is a software engineer who lives in San Diego, California. Diagnosed with high functioning autism, Connal sometimes struggles in social situations, but has an inner world that is always incredibly rich. With an insatiable thirst for knowledge about many esoteric things, Connal brings a lot of personal philosophies and interests to writing.

Sean Ian O’Meidhir is a psychologist who lives in San Francisco, California. Sean is a hedonist who believes in living for today, living every day to the fullest, and enjoying as much as possible. They have been gaming since adolescence and have written about and played hundreds of lives, revelling in the chance to take on new personalities, dramas, even disorders. 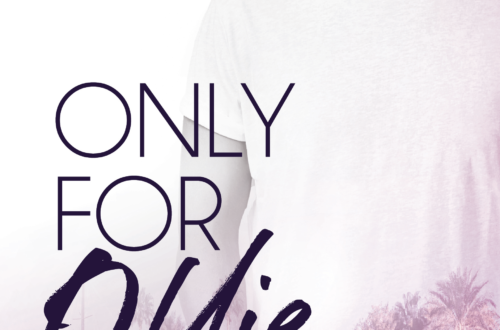 RELEASE BLITZ: Only For Ollie by Lisa Henry (Excerpt & Giveaway) 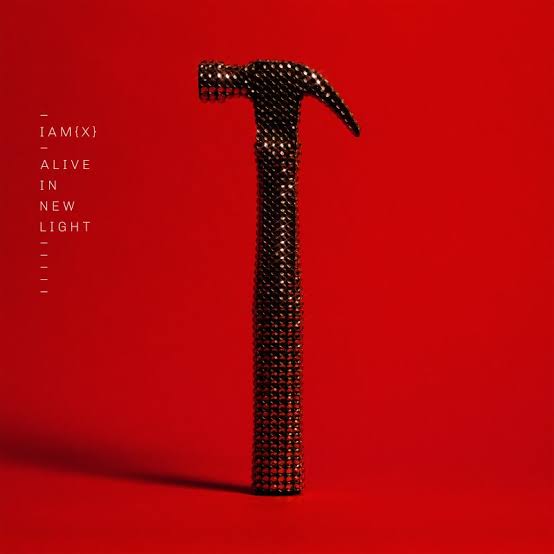 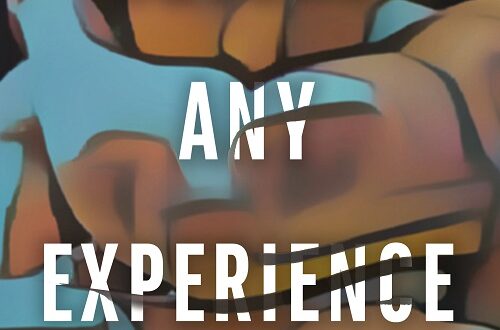