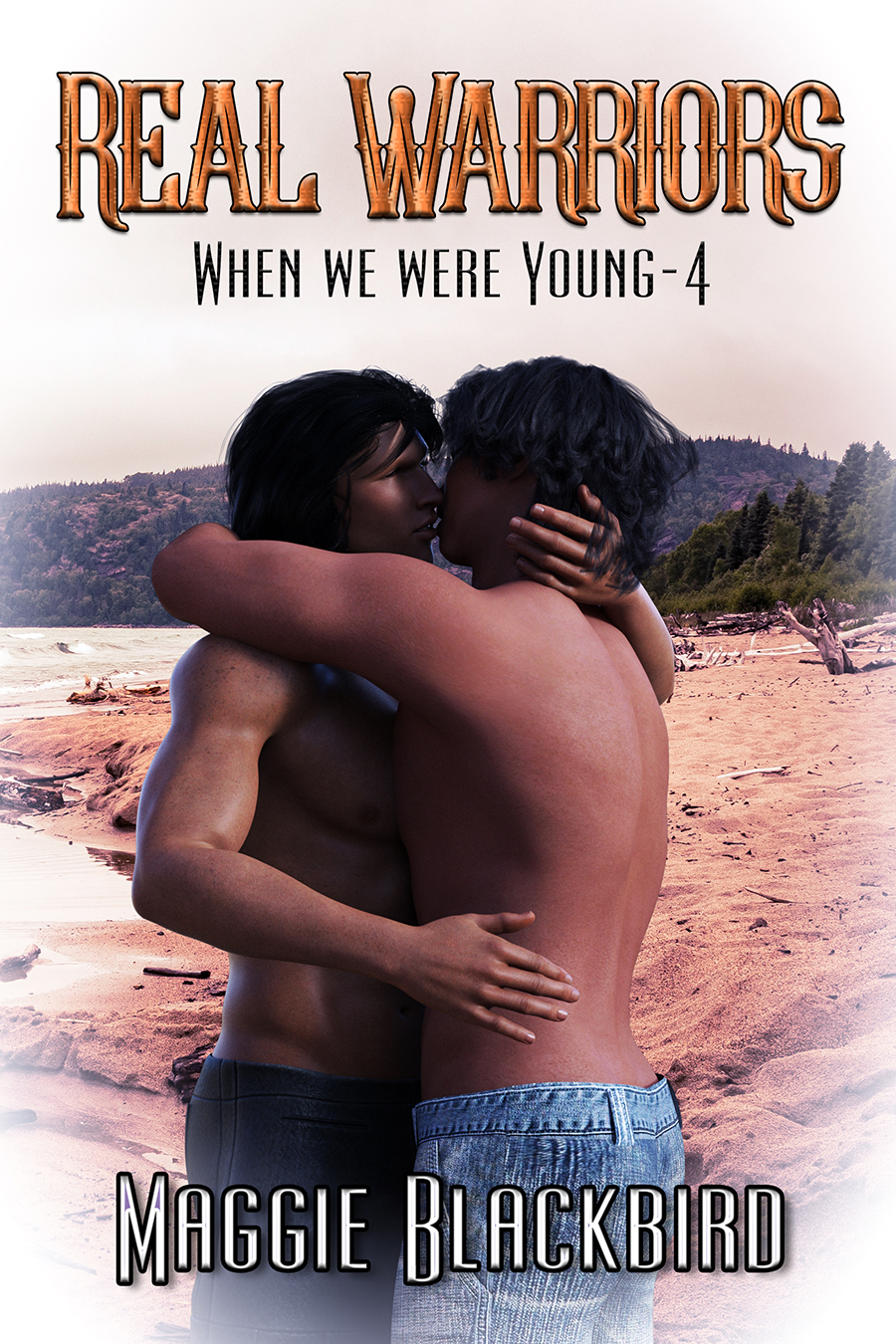 Series Title:  When We Were Young by Maggie Blackbird

I thought I saved you, but maybe you saved me too.

At their Ojibway community, Billy Redsky, a drug-dealing punk, and René Oshawee, the chief’s haughty son, must walk the “red road” to finally confront their biggest fears:  conquering the self-imposed obstacles in their path, if they are to have what they long for above anything else—to finally be together.

The stories need to be read in order.  None of the books are standalones.

The courage of a warrior is a must on their new path, or they’ll never grasp their happily ever after.

Just when eighteen-year-old Billy Redsky believes he’s holding his happily ever after in the palm of his hand, he must practice what he’s learned in ceremony to face two more tests—share with the world his love for René, and let go of the past.

But that’s not so easy. René is terrified of exposing their secret to anyone but his family. As for Billy’s brother, he has no intention of changing his criminal ways.

Only a miracle can help Billy reach his final destination on the “red road” his Ojibway ancestors once walked. For his dream to come true, he must look deep inside himself and trust the creator he follows.

Although they’re torn apart, they still hold a piece of each other’s heart.

When their secret romance is blown into the open, Billy’s foster parents send René to Toronto to complete the last of his schooling under the supervision of a family friend, leaving Billy behind at their Ojibway community.

Now Billy and René must make the biggest decision of their lives—fight for the true love they know they’ll never find with anyone else, or go their separate ways.

Once a thief, always a thief, and if he can’t win the heart of the boy he loves, he’ll steal it.

Billy Redsky’s made one of his biggest dreams come true, but there’s a problem. Even though the boy he loves is mere footsteps across the hall from his bedroom, they might as well live a country apart because claiming René Oshawee’s heart is more difficult than Billy anticipates.

Much to Billy’s disgust, René can’t accept his true self, so he’s incapable of loving someone else. And all he cares about is living a life the chief and his wife foresee for their youngest son.

If Billy is to finally have what he truly desires, he must stop René from running away from who he really is and face the man in the mirror, or what they share will never blossom into true love.

To win over the chief’s haughty son, a drug-dealing punk from a dysfunctional family must risk the only two things he has: his reputation and freedom.

Billy Redsky, a rebellious punk who loves art and nature, is saddled with a welfare-leeching, alcoholic mother and criminal older brother who are the joke of their Ojibway community. Sick and tired of being perceived as a loser, Billy deals drugs for his older brother to earn quick money. He hopes if he buys a dirt bike, he’ll finally impress the chief’s popular and aloof son, René Oshawee.

When the two are forced to serve detention together, a friendship blooms, but much to Billy’s frustration, René keeps putting him on ice. To make his biggest dream come true if he finally wants to call René his own, Billy must make a huge decision that could cost him everything.

Q & A With Author

Introduce yourself and your writing:
Hello, everyone. I’m Maggie Blackbird, an Ojibway from Northwestern Ontario. I write romance starring Canada’s Indigenous People. It’s great to be here at Never Hallowed By the Stare. I always enjoy meeting new people.

How long have you been an author?
Maggie: I’m a newbie. I’ve only been published since 2018.

What/who inspired you to start writing?
Maggie: Y’know, nothing inspired me. I’ve always liked to play “make believe” as a child with my sister. We’d stay up all hours of the night acting out stories. When I became too old to “play act” I began writing stories instead.

Tell us about your new release. What inspired you to write it?
Maggie: This series wasn’t supposed to happen. The one hero, René Oshawee, was simply a small character in another m/m series I was writing. But I adored René so much that I wanted to write a book for him, especially the mysterious Billy Redsky who was once fostered by René’s family during their youth. I started writing them as adults, but Billy insisted I had to go back to “when they were young.” Hence, the series title. I only wanted to write a short story, but these two insisted on the full romance, so the series became four books. Real Warriors, my latest release, is the last book in the When We Were Young series.

P.S. the series I was writing (that Rene had a small part in) starred a secondary character from the When We Were Young series—Keith Harlow. So be on the lookout for a book starring Keith.

How did you decide on the title?
Maggie: Billy’s criminal older brother came up with the title for Real Warriors. A big “thank you” to Hoyt LOL.

What are you working on at present? Would you like to share a snippet?
Maggie: I’m working on a new series called Maizmerized. I’m currently in edits with my publisher for Born for This, book one, that is releasing on October 29, 2021. There will be three books in this series. It’s a time travel historical romance.

Are there any genres you prefer to write and if so, why?
Maggie: I sure write in other genres. I enjoy M/F, too. Besides contemporary romance, I also like historical, and of course time travel! And I plan on delving into paranormal, as well.

Why M/M?
Maggie: I have LOVED m/m ever since I was a young girl and saw the movie The Road Warrior aka Mad Max II. The pairing of Wez (the crazy biker) and the Golden Youth (Wez’ sidekick) fascinated me. I thought it was awesome the big bad biker had a hot blond dude as his lover. From there on, I became hooked.

Are any of your characters based on you or people you know?
Maggie: No LOL. I’ve been easily making up characters in my head since I was a little girl.

Do you have a favourite character and/or book you’ve written? Who, what and why?
Maggie: It’s almost a tie between Adam Guimond from Redeemed and Billy Redsky from When We Were Young. But I give Billy the edge because he’s such a spunky, mouthy, emotional character while Adam is silent, cold, and emotionally detached.

Do characters and stories just pop into your head, or do you take your time thinking about and planning them?
Maggie: They simply appear. It’s been that way since I was young. To this day there is a character I made up that I still daydream about. Will he get a story of his own? I doubt it. I think he’ll stay in my head.

An Ojibway from Northwestern Ontario, Maggie resides in the country with her husband and their fur babies, two beautiful Alaskan Malamutes.  When she’s not writing, she can be found pulling weeds in the flower beds, mowing the huge lawn, walking the Mals deep in the bush, teeing up a ball at the golf course, fishing in the boat for walleye, or sitting on the deck at her sister’s house, making more wonderful memories with the people she loves most. 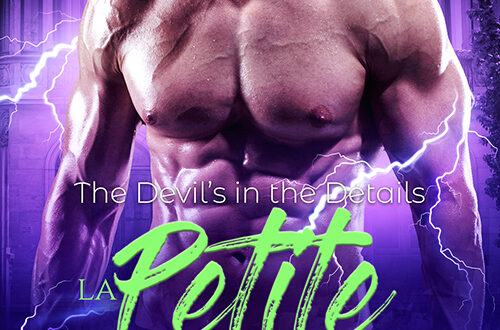 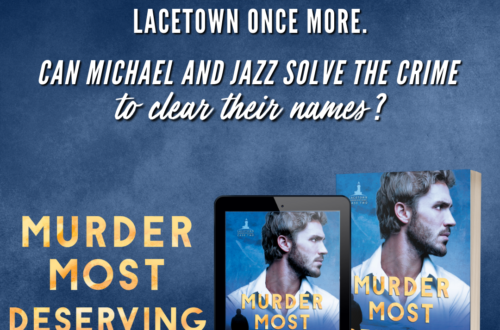