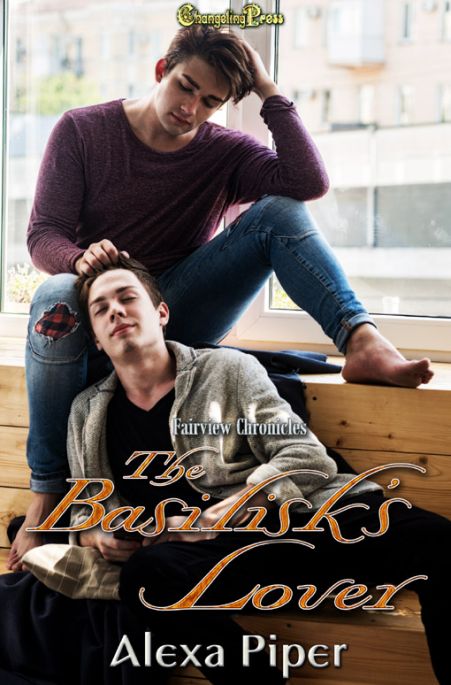 Leon is a basilisk, a snake-demon. He is also a teacher and used to hiding his true nature, that dark secret that has always kept him apart from others. When he meets Cy, what Leon thought would just be a fling quickly turns into more. Cy and Leon may be from different worlds, but with a dangerous creature feeding on the students at Fairview University where Leon teaches, those worlds soon collide.

Cy finds himself pulled into a world of mages and shapeshifters, of seductive snake-demons. To help find what is murdering students at the university, Cy, along with the St. John Investigations team, decides to go undercover. He ends up a university student once more — and Leon is his hot teacher.

Cy will need to come to grips with the supernatural and with his feelings for Leon. If opposites truly attract, the cold-blooded basilisk and the warm-blooded human might just find their way to a happily-ever-after, but not before they figure out what haunts Fairview University — and put a stop to it.

The train rattled and hummed with that train noise that was so well suited to becoming just background static, a near invisible pressure on every passenger’s eardrums. Yet, it was loud enough to pull Cy from his daze every other five minutes or so which was probably a good thing, considering that Fairview was the next stop. The train was less than a third full, quiet, and Cy was tired.

Cy had meant to take an earlier train out of Morrowvale, but then he’d been fool enough to answer his work phone and had spent half an hour talking to one of his clients about another stained-glass window and what it was supposed to look like, and could Cy get it done very soon, please. He’d told the client it would get done as soon as he could humanly manage it, and he’d absolutely come out to take a few measurements. Which he had done, and then the client had just talked and talked about what she wanted in her new window, and Cy had nodded and smiled as he downed no less than three espressos from her fancy machine.

And now it was late, the world outside the train car was ink black apart from the occasional glow in the distance that marked out a lone house or a road. The artificial light that lit the inside of the car was grating on the eyes. Cy looked out, though the windows were more like dull mirrors, showing him his reflection, washed-out and pale. He was beginning to feel another wave of tiredness come over him.

At first, Cy wasn’t sure he’d been spoken to. He turned his face away from the window and immediately found the speaker’s gaze meeting his, bronze eyes inquisitive, face curious, and a smile playing at the corners of the man’s lips. He sat diagonally across from Cy, a book open on his lap. One long finger was teasing the pages.

“Sorry, I didn’t mean to startle you,” the man said. His voice was smooth and reminded Cy of the warm hues of the reds he loved to use, never mind how expensive they were because it took gold to give the glass that special shade of red.

The man’s smile stretched a bit at that, which drew Cy’s eyes to the lips, rosy pink with coral undertones. The man’s lips looked very soft.

A part of Cy’s mind tried alerting him to the fact that a complete stranger was striking up a conversation with him on a near-empty night train. Even if that stranger was the kind of pretty that easily drew Cy’s attention, the man could still be a perfect weirdo. Heavens knew Cy had hooked up with some weirdos over the years. Except this guy was reading, and a glance to the book in his lap told Cy the man was reading Homer in the original Greek, which struck Cy as even odder than the pretty stranger’s interest in him.

“No,” Cy said. “I’m visiting my sister.” At least that way, if the stranger was the murderous kind of weirdo, he’d know Cy was expected, even if he wasn’t. This was a surprise visit, and Cy had the generalized, uncertain feeling in the pit of his stomach that he would end up just as surprised as his sister by the end of it. That was a whole different can of wiggly worms that he didn’t want to dwell on just now.

The stranger nodded and closed his book after running one of those long fingers down the center where the signatures were glued to the spine. He didn’t even use a bookmark. “That’s nice. Family is so precious,” the stranger said.

“Clearly you don’t have any siblings,” Cy commented. His voice sounded a bit drier than he liked. He told himself that was because he was tired.

The stranger tilted his head. He had perfect, tawny skin and ink-black hair which he kept long enough for a loose ponytail at the nape of his neck. He had no accent that Cy could detect, spoke instead cleanly and clearly like someone who’d been moved around too much as a child or someone parked in some exclusive boarding school for most of their adolescent life. He didn’t look exactly Asian either. Even the coarse hair had a bit of a wave to it, and the eyes, while almond-shaped, lacked the monolid Cy would have associated with someone of Asian descent. The closer Cy looked, the odder the stranger seemed.

“You’re right, I don’t,” the man said. “But I imagine it would be nice. Do you not like your sister?” One of his eyebrows rose, and he turned his upper body toward Cy to show interest.

Cy rolled his shoulders. “Sure, I do.” Except I don’t trust she always makes the smartest decisions. “But younger sisters are just born knowing how to get on your nerves.” By being plain stupid or pretending to be. “You read Greek?” Cy asked, indicating the Odyssey with his chin.

The man looked at the book and back to Cy. “I do. I also speak it. Miláte epísis Elliniká?”

“Uhm, sorry? I know the letters, but that’s it,” Cy said. “Classics professor mom, you see.”

The stranger smiled. “I apologize for presuming,” he said. “I just asked if you spoke Greek, which you answered all the same.”

Cy cleared his throat. He could feel himself blush at the sight of that smile, sharp and soft as a line drawn onto a sheet of pale glass. And those pretty bronze eyes and that voice like red glass warmed by sunlight didn’t hurt either.

Alexa Piper writes steamy romance that ranges from light to dark, from straight to queer. She’s also a coffee addict. Alexa loves writing stories that make her readers laugh and fall in love with the characters in them. Connect with Alexa on Facebook or Instagram, follow her on Twitter, and subscribe to her newsletter! 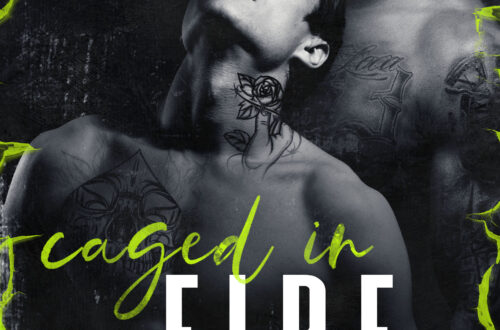 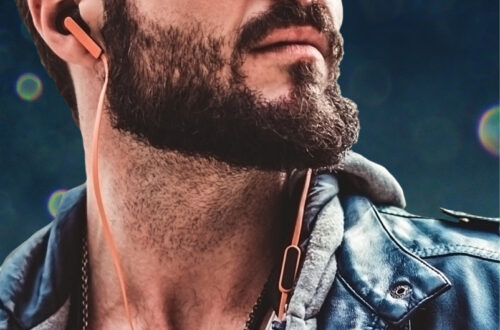