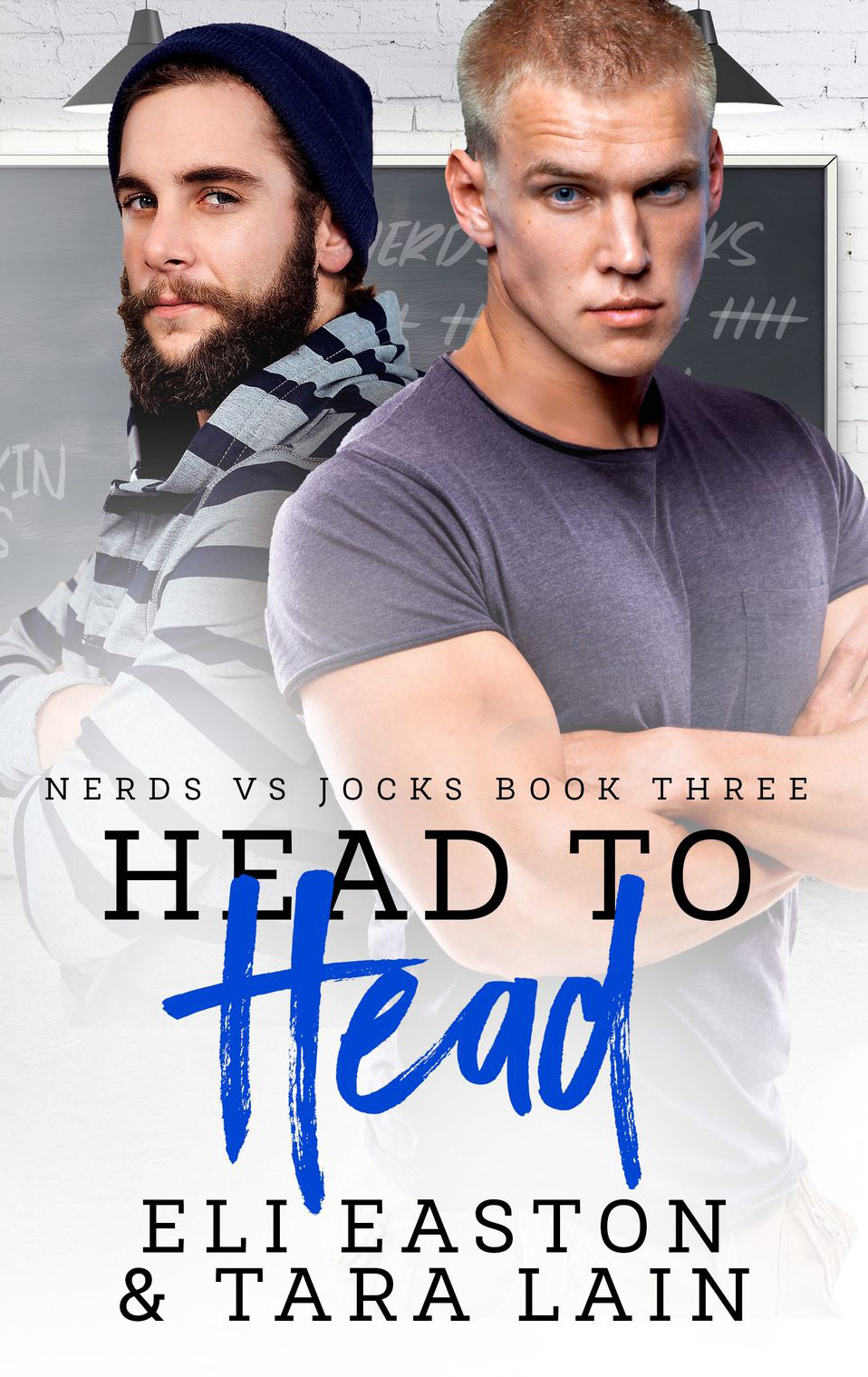 If these two don’t kill each other, they might fall in love.

Jax hates Rand for being the privileged, rich-heir-to-an-oil-empire, environment-destroying, soul-sucking president of the ALA jocks—but mostly because Rand hated him first. Rand has sent nothing but hateful vibes his way since the day they met. What a douche!

The enemies have never had a single conversation that didn’t involve shouting—until Jax’s old Buick breaks down on a road trip and Rand plays reluctant rescuer. Jax is forced to sit on Rand’s dead cow seats. Rand learns chickens can enter the living room and that Jax’s beliefs are more than skin-deep. The bitter rivals embark on a quest to save a family member and discover that sometimes animosity is a mask for crazy-hot attraction. With this much face time, head-to-head might become heart-to-heart.

HEAD TO HEAD is an enemies to lovers, forced proximity, opposites attract, searching for his sister, clashing cultures, MM romance—with a whole lot of fracking.

I’d known for a long time that Rand was the son of the founder and CEO of American Eagle energy company an oil-extracting and fracking behemoth. But it was one thing to think of it as something his father did. That Rand himself would be part of it one day, maybe even run the company—the enormity of that sent a chill of awe up my spine. “I can see that,” I said carefully. “It could be amazing. If your stockholders and dad, etcetera… if they’d let you really change things.”

I nodded decisively. “So. We’ve got it figured. You’ll be the hot young CEO running American Eagle and turning it to green energy, and I’ll be the rebel hippy lawyer watching your every step like a hawk.”

Rand laughed. He gave me a warm look that curled my toes. “Sounds about right. Do you think we’ll ever not be on opposite sides, Jax?”

I shrugged. “I dunno. Maybe it’s our karmic destiny.”

I licked sticky candy off my lips and his gaze tracked the movement. He licked his own lips, seemingly unconsciously. The warmth I was feeling toward him—an oddity itself—flared into something else. Whoosh.

I abruptly got up and tossed the remains of my candy apple in the trash. “Hey. Let’s go check out that haunted house ride.”

At the Devil’s Dungeon, Loveda and Mikey got a car near the front of the little train. Rand and I got placed in the back, several cars behind. The teenaged attendant smirked as he pushed the bar down onto our laps. “Keep your hands and arms inside the car,” he recited. “Or the ghosts may rip them clean off. You’ll be dead of blood loss before the train even returns to the station.”

My mouth dropped open. “Do you say that to five-year- olds?”

He grinned. “Have a nice ride. And no making out.”

Rand and I looked at each other and laughed. But my giggle, at least, was a little nervous.

“He has no idea,” I said, as the train headed into the dark.

“Right? We’re more likely to rip each other’s arms off.”

Inside the dark building, the train tracks shifted and jolted—on purpose. Painted scenes of horror glowed in the dark. A guillotine. A graveyard. On my side, a Dracula popped out of a box. Drac was looking pretty raggedy.

“He needs a new tailor,” Rand said, the jolting train throwing him against my side.

“He’s looking a bit peaked. Want me to open your vein for him?”

“You can try.” Rand’s teeth flashed white in the dim light.

Wax heads on a rack were next. They were probably convincing in the 50s, but they looked lame compared to modern CGI.

With a clang, our train lurched to a stop. A dingy white- sheeted ghost bobbed on my right.

“Probably waiting for the train ahead of us,” Rand said.

“Yup. No worries. You’re not afraid of the dark, are you?” I sneaked a hand onto his leg and squeezed.

Rand grasped my hand in his for a moment and pinched it. “Stop that. Of course I’m not afraid of the dark. That would be childish.”

“Uh-huh.” That brilliant comeback was brought to you courtesy of my pounding heart and dry mouth. Rand’s hand was big and so warm as he dropped mine back into my own lap.

Aaaaand still, the train wasn’t moving. I tried to think of something else. Anything other than the feeling of Rand’s arm against mine. Anything except all the things that could happen in the dark.

“So, um… what, exactly, did your dad say on the phone this morning?”

Rand shifted. “Just what I told your dad. He wasn’t exactly shocked to hear Peyton isn’t with Jason.”

I thought about that for a bit. The train sat there. “So your dad knew your seventeen-year-old pregnant sister wasn’t really with her boyfriend, and he didn’t try to find her?”

“I mean, I heard Jason say your dad sent armed men to find him and warn him off. If your dad could do that, he could hire a PI to find Peyton and bring her home. Right?”

Rand snapped at me. “You don’t know the situation. Okay?”

I blinked in surprise at his tone. But, spark meet fuse. Like always, Rand’s anger set me off. “So what have I got wrong? That’s what happened, isn’t it?”

Even in the dim light, I could see him gripping the lap bar hard. He glanced over his shoulder, but we were in the last seat, and there wasn’t another train behind us. He hissed. “So you’re saying he should have hired goons to track her down? That’s good parenting to you? He’s been sending her money, supporting her. I don’t even know if she had the baby. She said she didn’t want to see us. Maybe my dad is just respecting her wishes.”

“But even if she fought with your dad, why wouldn’t she want to see you? You said you were close, right?”

“Look, we’re not Perfect Happy Family like you are. Okay?”

“Can we not talk about this?” His voice was raised.

He was annoying the hell out of me. “Dude. I’m just saying. Maybe your dad isn’t exactly being forthcoming. That’s all.”

Rand grabbed my neck with one hand and crushed his mouth against mine.

For a moment, we both froze. What the hell was he doing?

Oh God. Rand was kissing me.

I’d imagined this. Last night when I showed him the guest room. In the car. Hell, long before that. Every time we fought at Madison, I’d wanted to grab him and shake him and…

To celebrate the release of Schooling the Jock, Eli & Tara are giving away a $25 Amazon Voucher.

Tara Lain believes in happy ever afters – and magic. Same thing. In fact, she says, she doesn’t believe, she knows. Tara shares this passion in her stories that star her unique, charismatic heroes and adventurous heroines. Quarterbacks and cops, werewolves and witches, blue collar or billionaires, Tara’s characters, readers say, love deeply, resolve seemingly insurmountable differences, and ultimately live their lives authentically. After many years living in southern California, Tara, her soulmate honey and her soulmate dog decided they wanted less cars and more trees, prompting a move to Ashland, Oregon where Tara’s creating new stories and loving living in a small town with big culture. Tara loves animals of all kinds (even snakes), diversity, open minds, coconut crunch ice cream from Zoeys, and her readers.

She has around 57 books published or scheduled for publication. 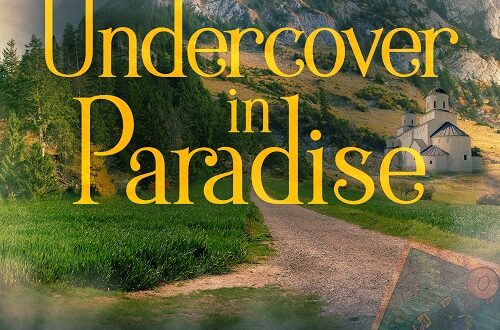 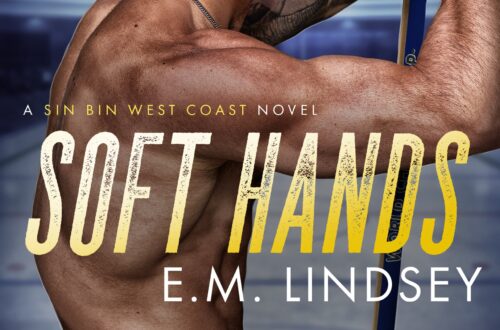