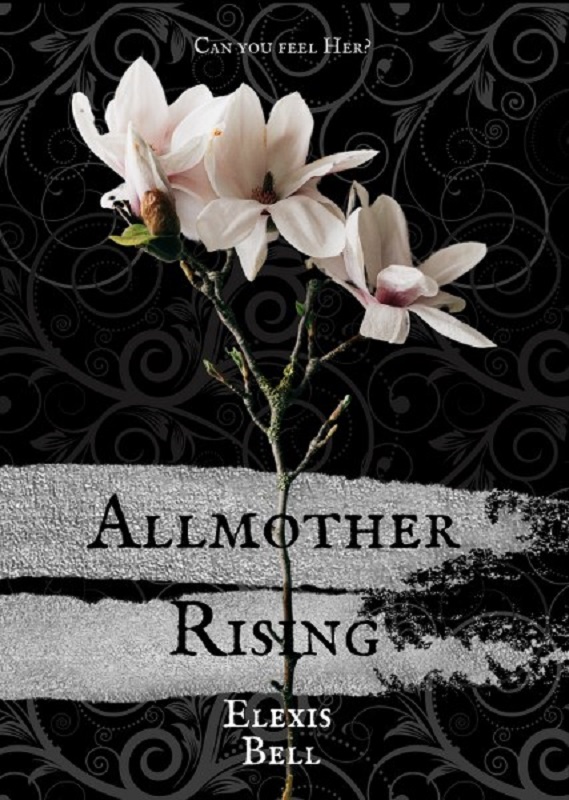 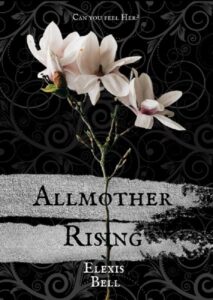 A broken-hearted priestess and a deposed prince team up with a ranger and a rebel with one too many secrets. In the name of The Allmother, they go to war to save their lands.
A coup in a neighboring kingdom brings threats of invasion and fire to Priestess Rising Veliana’s home in the forest. Under the guidance of her goddess, The Allmother, she forms an alliance with the deposed prince, Tyrvahn, and his ex, Garle, the leader of a rebellion that’s been brewing for years.
But Garle has many secrets, one of which could unravel Veliana and Tyrvahn’s budding romance and the future of these uneasy alliances. Veliana’s best friend, Kivala, tries to soften Garle with the ways of their fallen homeland, but what she learns chills her to her core.
At war with a vicious man twisted by the god of greed, they can’t afford to fight amongst themselves. Can they overcome their differences to save their home and their goddess from the new king? Or will the forests burn over blood-soaked earth?
Fans of magic and grit, high stakes and godly secrets will love this dark high fantasy novel with straight and LGBT romance.

The Sailon Forest closes in around me, dark and foreboding in the night. A twig snaps behind me, and I know I haven’t escaped them. With my parents dead and my kingdom stolen, a moon spent on the run has flown by.

Yet my cousin’s men nip at my heels. I feel them getting closer each day.

I pick up my pace, refusing to give them an easy kill.

Sprinting through the undergrowth by the scant bits of moonlight that filter through the leaves, I remind myself who I am. Tyrvahn Mahrdur, Prince of the great nation, Jun. My last shot at an ally, at getting my kingdom back, vanished when the High Seal agreed to Paikon’s terms, but I won’t go down easy.

I try to think through how many of my assailants I’ve picked off, but it’s no easy task. Their numbers change, and I can’t be sure we haven’t passed by another of their camps.

Sweat beads on my forehead and drips down my scalp. Droplets of it trickle around the base of my antlers, matting my thick black hair down. I force myself to focus despite the exertion.

I strain my ears, desperate to pick any order from the crashing footsteps behind me. Yet, the cacophony is not as terrible as I expected.

I try harder to siphon out the sounds of my footsteps and the violent beating of my heart. I pick out the sounds of the river and change direction, heading straight for the rushing water. My legs pump harder as I push myself toward the water and the promise of moonlight.

Behind me, a long, high whistle sounds, and realization hits me. These are scouts. The rest of the party follows behind, waiting for a signal before closing in. The whistle sounds once more, and my blood runs cold.

I have to eliminate the scouts before the others catch up.

Maybe then I can slip away.

My heart stutters as I think of the other possible outcomes. Being overrun by a horde of assassins doesn’t exactly sound appealing.

The trees begin to thin, and saplings claw at my clothes, already far from the glory they once were. My shirt rips as a small branch catches my side, but I keep going.

Another sapling reaches out, whipping a thin branch against the black tip of my ear. My breath comes in great gusts, but warmth builds in my chest. The warmth of the Allmother’s approval.

I’ve only come to feel it recently. All it took was nearly dying, but I’ve seen her. And now, I feel her urging me along this path.

So, I run faster.

As I near the rushing river, fewer twigs crunch underfoot, and the sounds of my pursuers grow clearer.

Definitely no more than three.

I smile, liking my odds.

What kind of world ruler would you be?

I’d like to say I’d be proficient or confident.

But in all likelihood, I’d be a tired ruler. Haha.

I’d be so worried about doing the job correctly, about making sure everyone was as safe and healthy as I could manage, that I’d just end up running myself ragged.

But that’s just me. I try to do my best at any task I put myself to. I have unbelievably high standards for myself, and with so much on the line, I’m sure my standards would be even higher if I were a ruler of any sort.

What do you do to unwind and relax?
Well, writing tends to energize me and help me focus, so I suppose I shouldn’t use that as my answer. Graphic design and reading are pretty relaxing. Music and watching Friends helps, too.

When did you first consider yourself a writer?

I’ve been writing since I was just a kid, but I never considered myself a writer until the past couple of years. I never really dared to dream of anything for myself thanks to a… rough start in life. Low self-esteem, anxiety, depression, and obsessive compulsive disorder have plagued me since I was a child, and they robbed me of ever thinking I was good enough.

But I’ve been working on all of those things, and their root causes. At 24, with a couple books written, I dared to think of publishing. Of course, I was one of those unwitting writers that fell prey to a vanity press and started off on the worst foot I could have imagined.

On finding out that I’d basically been scammed, I was ashamed. I felt like a fraud. I was terrified that the real authors I knew would find out and shun me.

But a couple years later, I got the nerve to try publishing another book. I tried my hand at traditional publishing, diving into the query process, but it turns out that I write too quickly for the traditional route. I turn out a first draft in about 4 months, so by the time I started to hear anything back from the agents and publishers I’d submitted to, I had three more books to start submitting. I was spending more time researching publishers and agents than I was writing.

And my hopes started to dwindle.

But I discovered the indie publishing route and did a massive amount of research into the pros and cons. I got my first book back from the vanity press and took time off from writing to just edit everything. Then, I started self-publishing my books.

Even then, I didn’t feel like a real writer.

It’s been a long journey so far, and every day I learn more.

And I can’t wait to see what I learn tomorrow.

Do you have a favorite movie?

I’m not usually a movie person. I stick more to books and YouTube, to be honest. But I do have two movies that tie for my favorite. Moulin Rouge and Pride and Prejudice both hold very special places in my heart. The relationships they depict both break my heart and restore it. 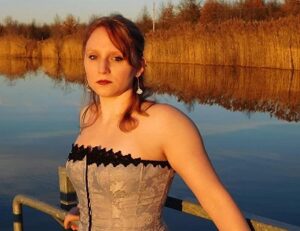 Elexis Bell writes gritty and emotional novels. Born and raised in the midwestern United States, she dreams of a cabin in the woods rather than a house surrounded by cornfields.
She loves writing well-developed characters facing real problems in vibrant, magical worlds. Armed with a degree in psychology and a rollercoaster past, she sprinkles gut-wrenching emotions over high fantasy romance, science fiction, and the occasional thriller.
Website * Facebook * Twitter * Instagram * Amazon * Goodreads 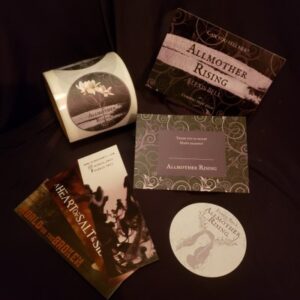 Win a Swag Pack with a signature card, magnet, sticker and three bookmarks!
a Rafflecopter giveaway 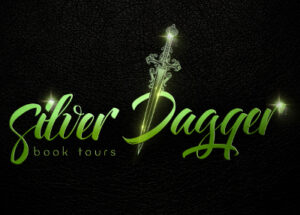 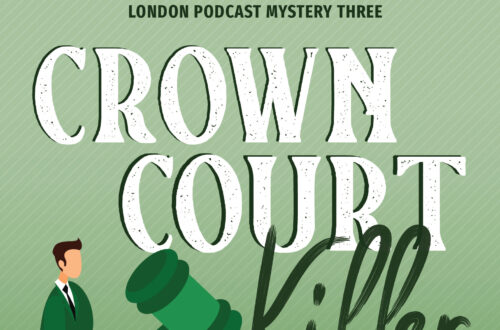 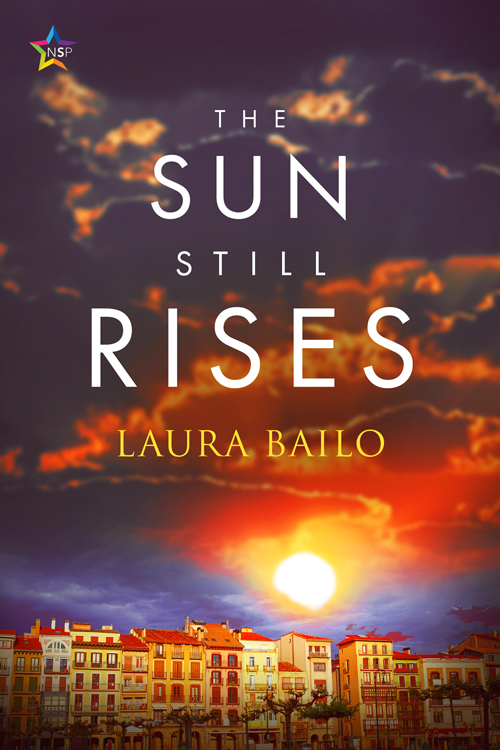