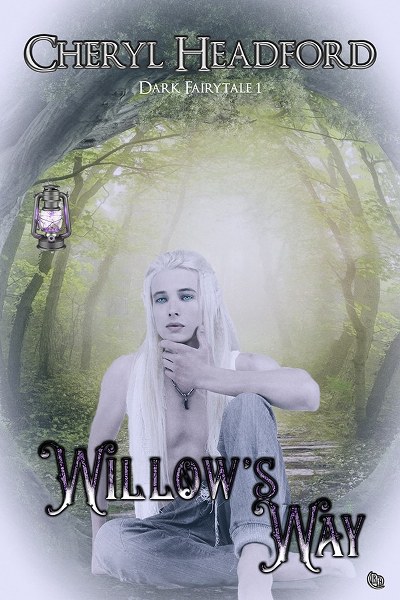 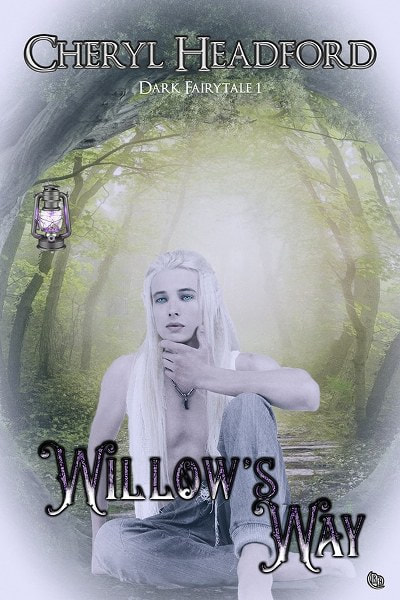 Cale always told Tay that fairy tales were dark. But they always have happy endings, right?
Taylor Preston is a normal sixteen-year-old whose biggest worries are his GCSE exams. He’s right in the middle of them, but he has a summer of fun with his parents to look forward to after. Or not.
Despite their promise to spend the summer focusing on their one and only son, Tay’s parents, Local Authority specialist foster carers, take on one more special case.
Willow’s arrival throws more than Tay’s summer into chaos. Suddenly, his best friend is possessed by a demon, his parents aren’t his parents after all, and he’s literally living a nightmare in a fairy tale world that as dark as anything Cale ever warned him about. All he has is Willow and a burning desire to save his friend before he succumbs to the demon and Willow kills him.

Life had never been what you might call ordinary for Taylor Preston. His parents were Local Authority foster carers, specialising in difficult children. For as long as he could remember, Taylor had shared his home with other children of varying ages for varying periods of time. He’d put up with tearaway teens and tantrums and with never knowing quite what he’d find when he came home from school every day.
It hadn’t always been easy. In fact, it had never been easy. There’d been tears and tantrums of his own when he’d had to share his parents with children who needed their attention far more than he did. And every time he got used to one of them, maybe even got to like them, they were whisked away, never to be seen again.
Today, he’d come in, thrown his coat and bag on the floor in the hall, as always, and was heading up the stairs when his mother called from the kitchen.
“Tay, is that you?”
“No. I’m the worst burglar in the history of the world. I’ll just pop upstairs and rifle your drawers. Then I’ll be down for the TV.”
“Leave my drawers alone and come in here. We’ve got a new placement coming tonight, and I want to talk to you about him.”
Taylor groaned and dragged his feet to the kitchen. “Mam, you promised,” he whined. “You said you wouldn’t take any new ones until after the holidays. You promised we’d spend some time together this summer.”
“I know, hun. And I’m sorry, but this is an emergency and it was either us or a children’s home.”
“Then why not let them go into a home. They’re not bad places these days, and you promised me some time and attention. Besides, I haven’t finished my exams yet. I can do without the distraction.”
“You’ve got two exams left…maths and art. You don’t need much revision for either, and you know full well you wouldn’t have done any. By the weekend, you’ll be free of compulsory schooling forever.”
Taylor rolled his eyes. “As if that makes a difference. It’ll be even worse next year. The sixth form is no picnic, you know.”
“Oh, right. I’m not that old I don’t remember. The work is harder, but you have more free lessons, a brand new lounge to spend them in, and you lord it over the school like you’re something special, with all the little’uns looking up to you.”
“I’ve had enough of that here. Can’t stand the responsibility. Besides, I already lord it over the school. You know I’m the most popular guy there.”
“Right. The most modest, too.” His mum, Lily, sighed. “I’m sorry, Tay, I know it’s a bad time, and I know we promised to focus on the family over the summer, but I just couldn’t say no.”
Taylor sat down at the kitchen table and pulled one of the scattered papers towards him. “Okay, so what’s the story?” He glanced quickly at the photo attached to the paper he was holding. “What makes her so special you can’t resist her?”
“Him,” his mother corrected and Taylor, shocked, examined the photo more closely.
His initial cursory glance had shown him a slender, pale creature with an oval face and hair that reached his waist, which was why he’d assumed it was a girl. On closer inspection, he could see quite clearly that it wasn’t.
Yes, he was slender and pale, with white hair that cascaded over his shoulders and fell to his waist, but there was a strength in the delicate features that was definitely masculine, as were the defined abs visible through the plain t-shirt that was a few sizes too small. Taylor found himself fascinated by the boy, who seemed to be around the same age as he was. Although his features were delicate, he wasn’t pretty. There was too much strength and—arrogance maybe—there for that. In fact, he wasn’t conventionally good looking at all, but he was definitely striking.
“He doesn’t look very friendly. What’s he done?”
“He hasn’t done anything. Haven’t you been listening to a word I’ve said?”
Taylor’s face flushed and he ducked his head as he always did when caught out doing something that he felt guilty about. “Sorry. I think I’m in shock.”
His mother smiled. “He is very…um…interesting, isn’t he?”
“Interesting? That’s an understatement. Is there something wrong with the photograph or is he really that colour?”
“What colour?” Lily plucked the paper out of his hand and re-examined the photograph.
“Well…no colour at all.”
“It mentions it in the notes. He is very pale, isn’t he?”
“Pale? That’s one way to put it. He’s white. Everything’s white. His hair, his skin. I’ve never seen anyone like that before.”
“Not everything’s white. His eyes are blue.” 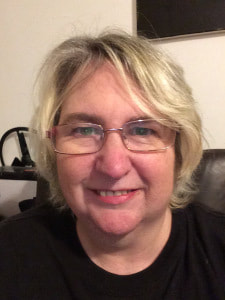 Cheryl was born into a poor mining family in the South Wales Valleys. Until she was 16, the toilet was at the bottom of the garden and the bath hung on the wall. Her refrigerator was a stone slab in the pantry and there was a black lead fireplace in the kitchen. They look lovely in a museum but aren’t so much fun to clean.
Cheryl has always been a storyteller. As a child, she’d make up stories for her nieces, nephews and cousin and they’d explore the imaginary worlds she created, in play.
Later in life, Cheryl became the storyteller for a re enactment group who travelled widely, giving a taste of life in the Iron Age. As well as having an opportunity to run around hitting people with a sword, she had an opportunity to tell stories of all kinds, sometimes of her own making, to all kinds of people. The criticism was sometimes harsh, especially from the children, but the reward enormous.
It was here she began to appreciate the power of stories and the primal need to hear them. In ancient times, the wandering bard was the only source of news, and the storyteller the heart of the village, keeping the lore and the magic alive. Although much of the magic has been lost, the stories still provide a link to the part of us that still wants to believe that it’s still there, somewhere.
In present times, Cheryl lives in a terraced house in the valleys with her son, dog, bearded dragon and three cats. Her daughter has deserted her for the big city, but they’re still close. She’s never been happier since she was made redundant and is able to devote herself entirely to her twin loves of writing and art, with a healthy smattering of magic and mayhem
Website * Blog * Facebook * Twitter * Instagram

Follow the tour HERE for special content and a giveaway!
$15 Amazon gift card,
Choice of book from author
– 1 winner each
a Rafflecopter giveaway 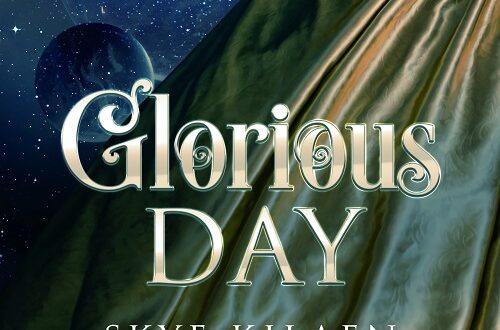 Lured into a magical sleep, they must untangle the surrounding chaos to embrace a future together.

An unwanted alpha and omega long-presumed dead…fate has a way of righting old wrongs.