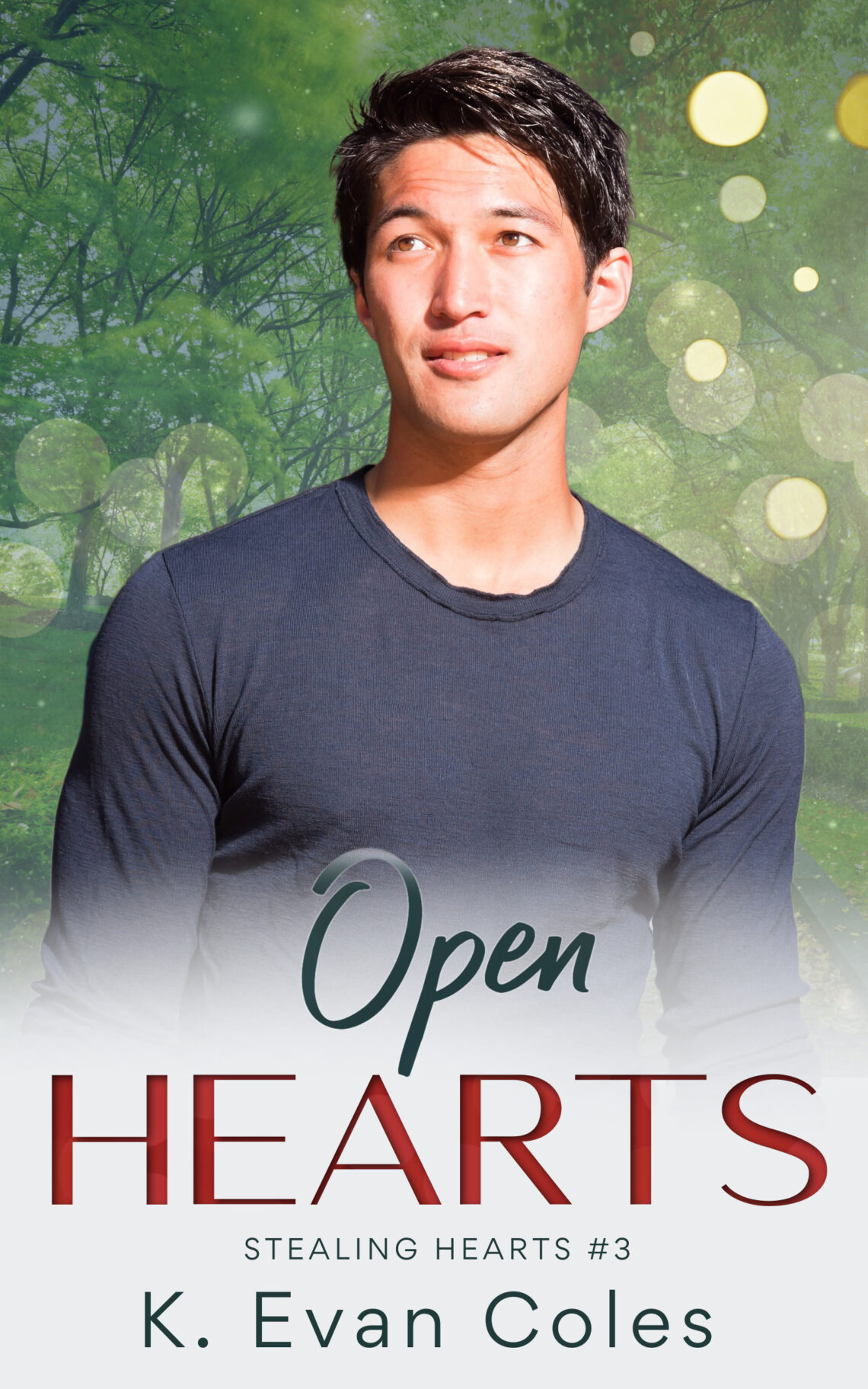 It is a standalone story as well as the third book in a series.

Some hearts are made to be opened.

Jae-seong Bak has never been in love. He prefers to let his personal life take a backseat to his career as a nurse, especially since no-strings hookups with men he’s glad to call friends have always felt like more than enough.

After years of moving around the United States, Jae takes a job in his home city of Boston, arriving just in time to celebrate his brother Ty’s engagement. In reconnecting with friends and family, Jae befriends Emmett McNeil, a young chef and Ty’s future brother-in-law, whose own bad luck with love hasn’t dampened his enthusiasm for life.

As the summer passes and Jae and Emmett help their families plan the wedding, the spark between the two men ignites, though each agrees to keep their hookups under wraps in order to prevent potential drama. Taken off guard by the depth of his feelings, Jae backs away, only to find that going back to being just friends with Emmett is much harder than he ever could have predicted.

Now, standing with Emmett as their siblings make their vows, Jae must decide if he’s really content to hold the man he loves at arm’s-length or if taking a chance on more is in the cards.

“What do you think, Zac?” Mark asked. “Have we got anything in Owen’s magic bag to give Jae’s outfit a little lift?”

“Certainly. I think Jae looks perfect as he is, however, as well as very, very tall. Neither of which is unusual.”

Their friend and co-worker, Zac Alvarez, stepped in for Jae’s hug and kiss. He’d dressed in dark colors too, which made his beads and the temporary tattoos on his toned arms even more vibrant. A suntan warmed Zac’s olive-toned skin and he looked relaxed and happy, his grin broad beneath his dark beard.

Fondness washed over Jae. He and Zac had reconnected upon his return to Boston as if no time had passed at all. It was through Zac that Jae had befriended Mark and the trio of young men who would round out their Pride party today: Aiden, Owen, and Emmett, who had moved back from Maine at the beginning of May without his partner, Sean, and was now very, very single.

“Ignore Mark,” Zac said to Jae. “He forgets that not every gay man over forty wants to broadcast a zaddy vibe.”

Jae and Mark exchanged a glance before they each cracked up laughing.

“This is not to say we don’t have some festive doo-dads for you too,” Zac said over their cackling. “The guys made party packs for everyone.”

“Great, thanks. Less so that you just said ‘doo-dads’ the way my Grandma Kay used to.” Jae let out a soft ‘oof’ as Zac elbowed him gently in the ribs.

“Smartass,” Zac murmured before he looked around. “Will your man be joining us today?”

Jae aimed a mock glare at him. “Sal already had plans. Besides, you know he’s not my man. Sal and I strictly friends.”

“Who share a big side order of benefits,” Mark chimed in, admiration written all over his face. “I remember the days when I could say words like those about myself with fondness.”

Zac snickered. “Mmm, I remember those days, too. They were before you met Owen and fell head over heels in love.”

“That’s why I remember them with fondness and not nostalgia,” Mark replied with a smile.

“Where is Owen, anyway?” Jae asked. “Out walking with my favorite dog and the guys?”

Mark shook his head. “Popcorn is hanging with my sister today.” He and his boyfriend, Owen, had found their big, white mutt at a campground last year, lost or abandoned and sweet as can be. “It’s not easy wrangling a dog his size through crowds like this, and we thought he’d enjoy a play date with his aunt and uncle and new cousin instead. Popcorn is already best buddies with my nephew, Ethan, so you know they’re having a fantastic day.”

“As for the guys, they went off into the park to buy cold drinks,” Zac said, his tone fond. “Aiden’s been on an ice cream kick this summer and I’m betting they’ve stopped at every cart they’ve passed. They should be back any second.”

The soft expression on Zac’s face made Jae smile. In the years they’d known each other, he’d never seen Zac so gone for a man the way he was with Aiden.

“That reminds me, I meant to grab a coffee on my way down here,” Jae said. “I could use the jolt.”

“We’ve got some soda if that’ll help.”

Jae’s whole body hummed at that voice. “I’d love some.”

Turning, Jae met Emmett’s dark blue gaze. He tried very hard not to stare at Emmett’s shirtless torso, too, but literally stopped short as he got a look at Owen whose tight dark curls, normally tipped platinum, glowed fuchsia in the sun. “Owen, your hair is pink!”

“Yes, it is!” Owen exclaimed. He and Aiden were just as bare chested as Emmett and all three were chuckling at Jae’s wide eyes. “It’s supposed to be just for today, but honestly, I might keep it.”

Mark cast a loving look at Owen. “Of course, you’d want to.” He ran a hand over his partner’s shoulders, stroking golden brown skin that shone with flecks of multi-colored glitter. “Are there any trinkets left for Jae, love?”

“Oh, yes.” Handing his cup to Mark, Owen shrugged a rainbow striped drawstring bag from his shoulders. “We’ve got buttons, beads, and wristbands, and a visor like Emmett’s if you want a break from the sun.” He withdrew a second bag from his own and handed it to Jae. “There’s also a fan in there, plus sunglasses, tattoos, body glitter—”

“And condoms with travel-sized lube,” Mark put in. “My man does not let his friends go unprepared.”

Jae laughed. “I’ll remember that.” Opening the bag in his hands, he peered into its depths, but looked up again as a second pair of hands came to rest by his own.

“Here—you browse while I hold.” Emmett’s grin was easy. “Can you grab drinks from my bag, A?” he asked over his shoulder. “Zac’s water is in there, along with soda for anyone who needs one. Diet Coke for you, Jae, or do you want full sugar?”

“I’ll take the sugar, thanks.” Jae tried not to ogle his stupid hot friend, keenly aware the effort was a lost cause.

Like Owen and Aiden, Emmett’s skin sparkled with glitter. He stood a few inches shorter than Jae, but he was the broadest man in their group, his chest lightly furred and muscled without being bulky, a combination Jae had always loved. Emmett radiated heat as he huddled over the bag too, his shoulders golden-pink and freckled, and he smelled of citrus and suntan lotion, a mixture Jae found endlessly appealing and a clear indication that he needed to get a fucking grip.

K. Evan Coles writes diverse stories from the heart. She is a mother and tech pirate by day and a writer by night. She is a dreamer who, with a little hard work and a lot of good coffee, coaxes words out of her head and onto paper.

K. lives in the northeast United States, where she complains bitterly about the winters, but truly loves the region and its diverse, tenacious and deceptively compassionate people. You’ll usually find K. nerding out over books, movies and television with friends and family. She’s especially proud to be raising her son as part of a new generation of unabashed geeks. 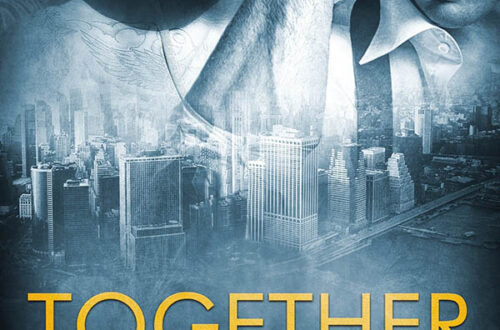 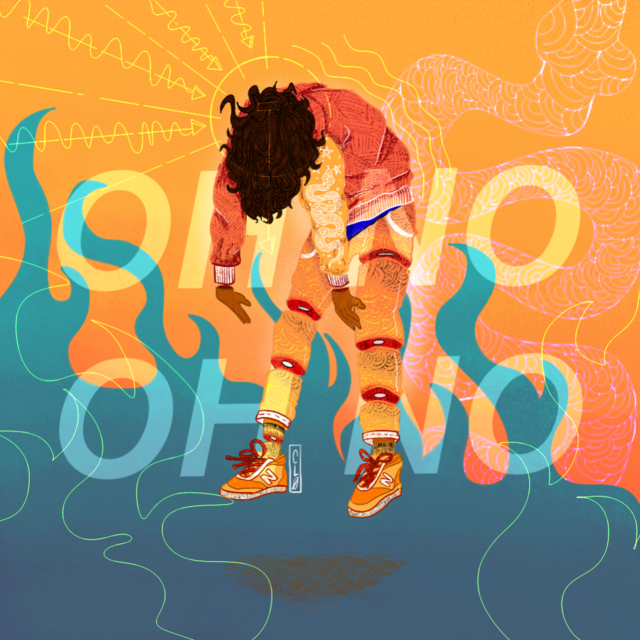 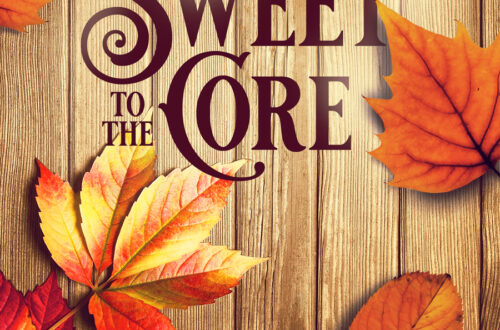