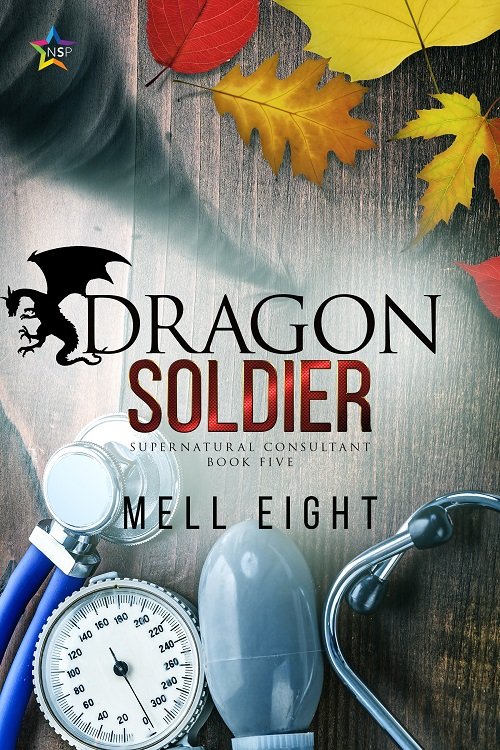 The aftermath of the last battle has left Nickel weak in bed and grounded for the next decade. Despite being in trouble, Nickel wants to return to the battle against the enemy as soon as he can, but thoughts of Platinum, the dragon helping to nurse him back to health, keep distracting him.

Platinum can’t believe how much his life has changed. He went from being a lonely fugitive on the run to part of a family in only hours. The last few days have been his happiest, especially now that he’s met Nickel. He knows it’s only temporary, though. The enemy that kept him captive for most of his life isn’t finished with him yet, but even Platinum and Nickel’s combined powers might not be enough to save them all.

Nickel fought to open his eyes. The lids felt like they were weighted down or as if someone had sewn them shut. He struggled with them for a few long minutes, then, exhausted, gave up and drifted off to sleep.

The second time Nickel woke, most of the weight had vanished. His eyes slid open easily enough, and then he had to blink away tears as the bright light from his bedside table lamp almost blinded him.

“Sorry!” Someone whose voice Nickel didn’t recognize gasped. There was a thump as something hit the floor, and the light snapped off a second later. Footsteps ran away from him, heading toward the door. More light flooded into the room as the door was flung open, but Nickel’s eyes had finally adjusted. “He’s awake!” the stranger yelled into the hallway.

A series of familiar thumps, bumps, squeals, and exclamations sounded as Nickel’s family literally dropped whatever they were doing and ran toward Nickel’s bedroom. The door was flung open wider, and a small stampede rushed to Nickel’s bedside.

Alloy reached Nickel first. He climbed onto the chair pulled up next to Nickel’s bed where the stranger had been sitting moments before. He leaned over Nickel’s head to see him better.

“Yup, he’s awake,” Alloy chirped happily. Alloy’s hair was rumpled from playing, and the bright red-and-blue strands that matched the colors of each of his wide eyes hung over his forehead. A pair of hands wrapped around Alloy’s middle and gently lifted him off the chair. Alloy was happy to settle into Mercury’s arms so Mercury could bend closer to Nickel.

“How are you feeling?” Mercury asked. His voice was soft, almost as if he was afraid of startling Nickel, which was silly after all the yelling from just a moment ago. Mercury’s bronze-colored hair was long on his neck, and his bronze-colored eyes looked concerned. Mercury was still wearing the button-up shirt he wore to work, so it must be late afternoon.

Nickel blinked slowly, trying to figure out what he had done to deserve the fanfare. Had he been sleepwalking? No, he didn’t feel strong enough to sit up, let alone get out of bed and walk around. He must have been sick, yet that answer didn’t jive either.

The rest of his family had lined up behind Mercury. Lumie was standing next to Copper, their bright red hair and eyes an exact match for the shade in Alloy’s hair. They were fire dragons, but Lumie was only ten years old while Copper was eighteen, the same age as Nickel. Next to them were ’Ron and Chrome, the two earth dragons. Chrome looked like he had been digging outside again; half of his face and his clothing were covered in dirt the same color as his and ’Ron’s hair. They were both thirteen years old, but ’Ron was considerably cleaner than Chrome. Dane had his hands on ’Ron’s shoulders, no doubt to keep her from jumping onto the bed to give Nickel a hug. That would be painful, but Nickel still couldn’t remember why his body ached so much.

Dane was the tallest person in the room. His blond hair seemed to glow, and his ears were pointed at the moment, which meant the glamor he used to hide his otherworldly appearance was down. He was unbelievably beautiful, but then he was the child of a god.

Zinc was next in line. Her long white hair, distinctive of air dragons, was loose from the braid she usually kept it in. It hung in a wave down her back. Her gray eyes were earnest as they looked at Nickel, except her face seemed thinner than Nickel remembered. She also seemed to be taller, almost Dane’s height.

Nickel blinked in surprise, and then saw the hand clasped in Zinc’s and gaped. Zinc, with her hair still in its distinctive white braid, was standing next to herself. Only, now Nickel was realizing that the first version of Zinc was actually male. They were egg twins, identical dragons except for their gender, hatched out of the same egg. He was Platinum, the dragon who Nickel and the rest of his family had been searching for ten years.

Like a spark had been lit, a fire erupted in Nickel’s head. He winced at the sudden pain, only it didn’t exactly hurt. Memories flooded back, each a little video that connected with the others to give him the whole story. There were a lot of them, the sheer volume overwhelming him and causing the pain-mimicking feeling.

Searching the woods for the person mucking with the weather. Finding out that Platinum had escaped from the enemy scientists. Watching Lumie and Platinum get kitnapped. Flying off to defeat the scientists once and for all. Losing the battle. And then nothing. He didn’t know how he had gotten home, only that he was safe now.

“How long am I grounded for?” Nickel asked. His voice was thick and scratchy and his throat dry. How long had it been since he had last spoken? Surely it couldn’t be more than a few hours. A day at most.

Mercury let out a growly snort. “For the foreseeable future. And don’t even think the word ‘candy.’”

Nickel sighed, but at the moment he honestly just wanted a glass of water. Begging for candy could wait until he could sit up properly again. 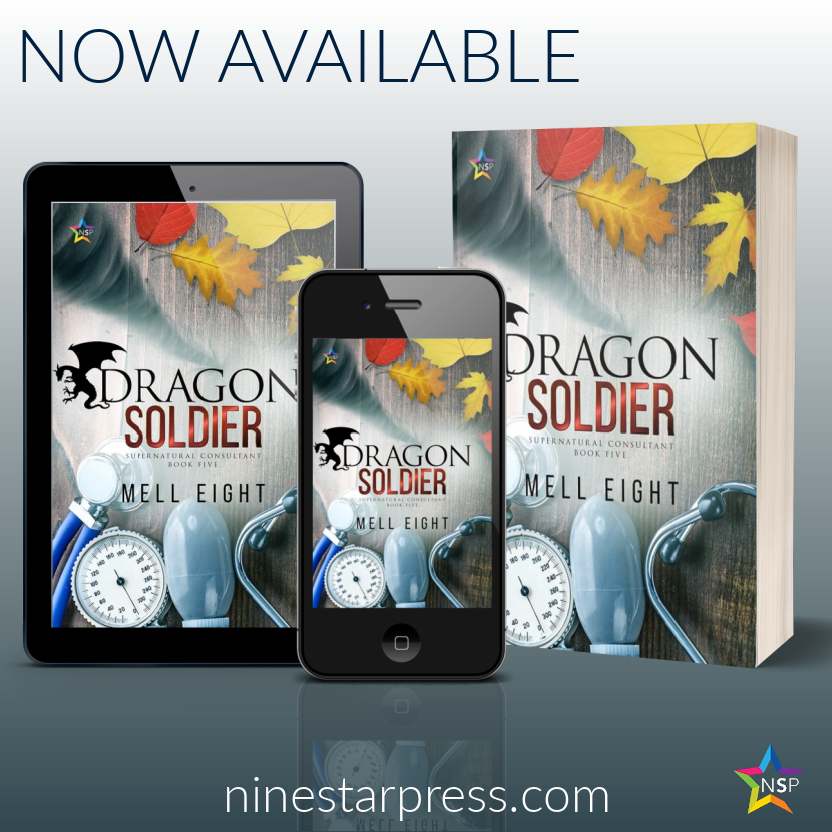 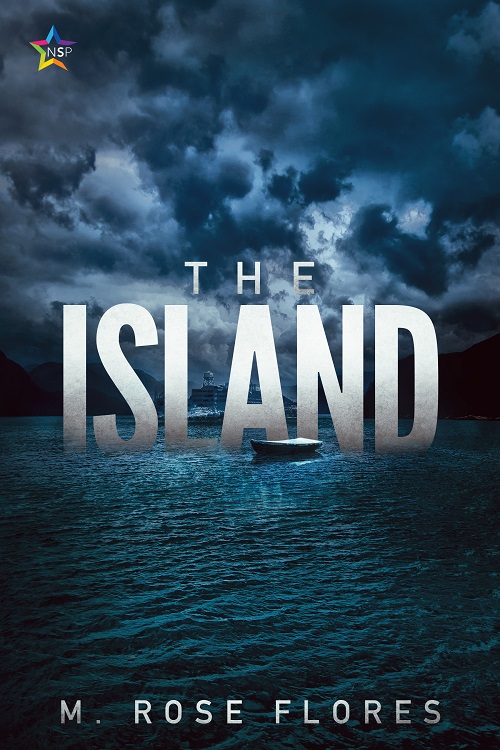 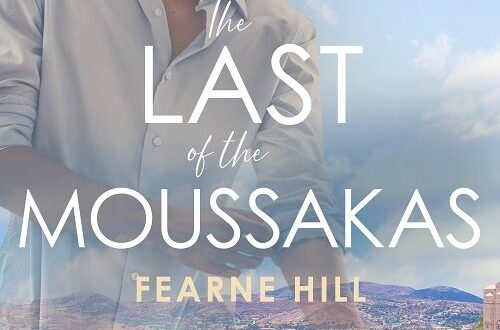 NEW RELEASE BLITZ: The Last of the Moussakas by Fearne Hill (Excerpt & Giveaway)

FIRST LINES FRIDAY 56: When Your Only Ally is a Devil