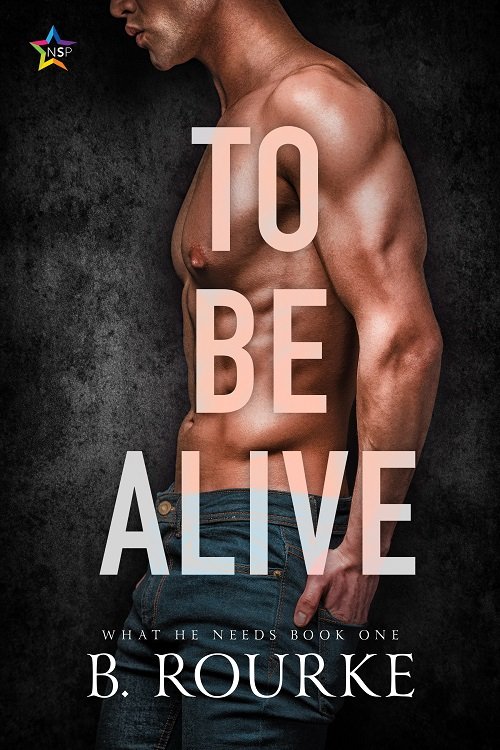 Title: To Be Alive

At twenty-two years old, Rhett Hawkins lives a life full of secrets and lies. Nobody knows the truth about his childhood growing up in an abusive home, the eating disorder that threatens to take his life, the obsessive thoughts about death that play like a movie in the back of his mind, and the sexuality he hides.

Nobody until he meets Colt, that is.

Police Constable Colt Williams is the only person ever took the time to look past the lies and see Rhett for who he really is: a damaged, beautiful young man desperate for love and acceptance. When Colt steps in and tries to get him help, Rhett makes a choice that takes him further away from life than he’s ever been before.

With his world turned upside down and his secrets laid bare for all to see, Rhett realizes it’s only by facing death that he can learn what it truly means to be alive.

There are 206 bones in the human body.

Rhett Hawkins knew them all by name and as he stood in front of the mirror naked, he counted the ones he could see poking through his pale skin.

One and two were there. He reached up and touched them both reverently, his eyes tracing the outline of the twin curves underneath his skin. Rhett loved how graceful they looked in the reflection of the bathroom mirror. If he had to pick a favorite bone, it would be the clavicle. His eyes got stuck on a small bruised mark on the right one and he was captured there for a few seconds staring at it. It shouldn’t be there anymore, yet it was. He was marked. Branded on the outside to mimic the inside where he carried the wounds on his heart he’d caused all on his own.

A knock on the bathroom door jolted him out of his ritual and he frowned. The knock was followed by a jiggle of the locked doorknob and he called out to his roommate letting him know he was inside still.

“Did you get lost in the shower or something?”

“Just getting out,” he responded, as a shiver raced through his body. Rhett briefly wondered if he was getting sick. He seemed to be shivering a lot more than he usually did even though it was winter outside. Dylan kept the townhouse warm enough that they could walk around in shorts and be comfortable when it was freezing out but for some reason the heat wasn’t warming him like it used to.

Footsteps moved away from the bathroom door and he turned his eyes back to the mirror, noticing for not the first time the darkened circles his eyes seemed to sink into. He was definitely getting sick. Maybe Dylan had picked up some bug from work and spread it to him, or maybe someone at the art studio gave him the gift of bacteria during class. Rhett briefly considered jotting down a reminder to make a doctor appointment before he gazed down at his body again.

One. Two. Three. Four. Five. Six. He tapped each one with a fingertip as he counted in his head until he reached the seventh pair. Rhett frowned as he dug his fingers into his skin, searching for pair seven. He pinched the flesh between his fingers as his frown deepened. Below pair six, the rest of the ribs were hidden under a layer of fat that made him sick to his stomach. No matter what he did, those stubborn ribs never seemed to appear. His gut bucked and heaved though it was empty, the handful of carrot sticks he’d eaten at the reception having long been removed from his system. Rhett huffed a disappointed sigh as he gazed further down his body at the bruises on his hips.

He bruised easier than he really should. The outlines of his lover’s hands were present in his flesh even though he hadn’t been with the man in four days. Maybe that was a sign of whatever sickness he had. Rhett nodded in agreement at himself in the mirror as another loud knock broke his concentration again. “Jesus, Dylan,” he mumbled, “I’ll be out soon.”

This time, Dylan’s voice smacked of concern. “Rhett, are you okay?”

“Can we talk about tonight when you’re done?”

He shivered, though he didn’t know if it was because he was cold or because he knew what Dylan wanted to talk about. “Can we leave it alone right now? Please?” Rhett knew if he begged, Dylan would drop the conversation. He always did; it was one of the reasons Rhett still talked to him. Dylan wouldn’t pry and ask questions where he shouldn’t be sticking his nose. There was a pause outside the door followed by a small noise that sounded like agreement as his body relaxed. He didn’t want to unpack everything that had happened at the wedding reception because then he’d have to tell the truth and the mere thought of doing that was like bile on his lips.

Rhett grimaced as he gazed toward the door, waiting for the footsteps to meander away as they had before, but he heard no movement. Please don’t let this be the one time Dylan pestered and prodded for answers. He had none to offer.

“I just think maybe we need to talk?”

Fuck. He hadn’t gone away.

They didn’t need to talk. The day had started off well enough but had devolved into the usual shitshow he’d come to expect of his family. On the ride home, he had realized Dylan’s reaction wasn’t the same as his own response. His roommate had been shaken to the core by the words his mother had spat at him, but he just felt numb.

When had he gotten used to her?

“I told you my mother is different.”

“You said different, not batshit.”

He paused, weighing his words carefully before finally answering. “It is for me.”

A silence outside the door made a small thrill of hope that the conversation was over lace down his spine. Thirty-three vertebrae. He’d count them last.

Rhett swung his eyes back to the mirror, goose bumps pimpling his flesh. He was turning blue from the cold but couldn’t put clothes on. Not yet. He had to count. As Dylan talked outside the door, his voice faded into the background.

He always got stuck on the ribs no matter how much he tried to forge forward with his examination of his body. If he could just see them all, he knew he’d feel better. He’d be better. Dylan continued mumbling outside the door and he was growing annoyed with the chatter behind the lock.

Deep breath. Find the seventh pair. Dig fingers in. Jab. There they were.

Rhett’s head spun as he shivered in front of the mirror. His knees knocked together as his body quaked from the effort of standing for too long. How long had it been? It felt like hours.

“Rhett, I’m getting really worried. You’re not even talking to me anymore.”

Rhett’s impatience grew. He needed to finish this so he could be warm and get some sleep. He was so tired, his body shivering and shaking as he stood in front of the mirror wondering what it would take to get Dylan to go away so he could be done.

No. Not the truth. He couldn’t explain that the person he’d been spending so much time with wasn’t a girl. That he’d met him at the club, his devilish gray eyes promising freedom and comfort unlike any he’d ever known until he’d wrecked it all. That he was the very word his mother had hurled at him during her tirade of abuse. 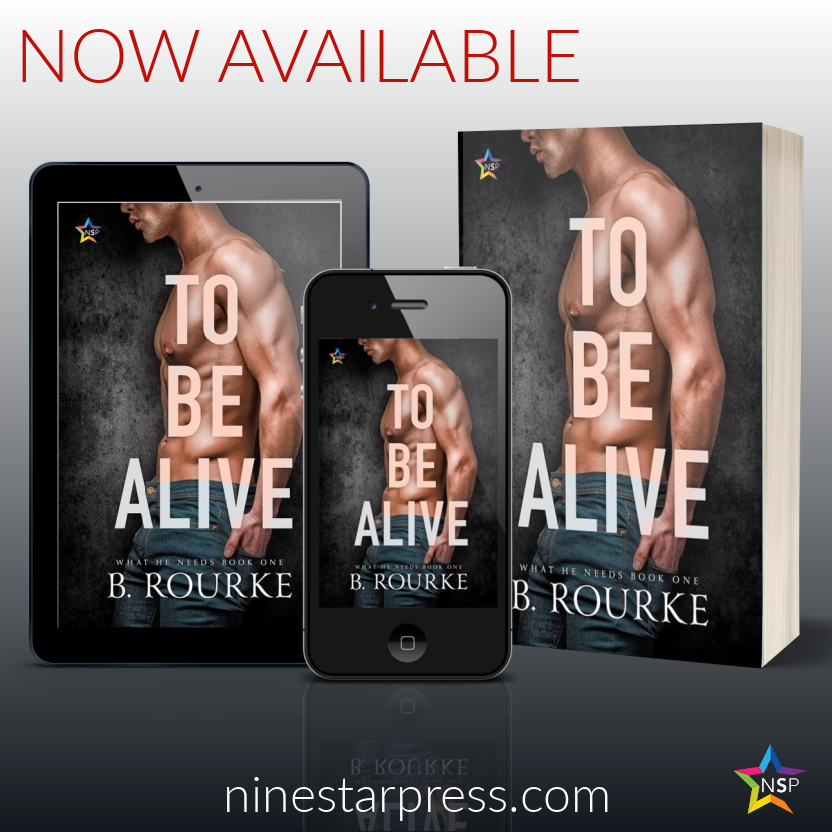 Born and raised in the wild prairies of Alberta, Canada, B. Rourke grew up knowing she was meant to tell stories. It wasn’t until much later that she realized those stories were meant to star beautifully flawed men learning who they are, overcoming obstacles, and falling truly, madly and deeply in love. B has a soft spot for outspoken misfits, weirdos who crack inappropriately hilarious jokes, and loners who enjoy silence above all else, and firmly believes that everyone deserves their happily ever after. 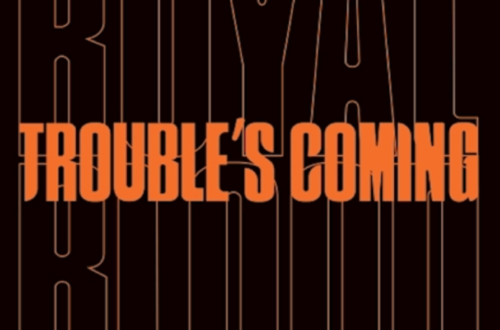 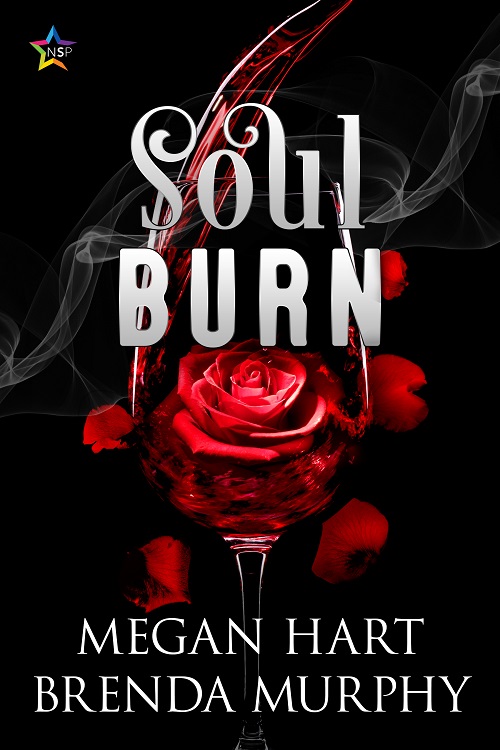 Add one easygoing tattoo artist with a big, open heart…

To equal two men who instantly connect in all the best ways.

RELEASE TOUR: How To Live by Susan Hawke (Excerpt & #Giveaway)