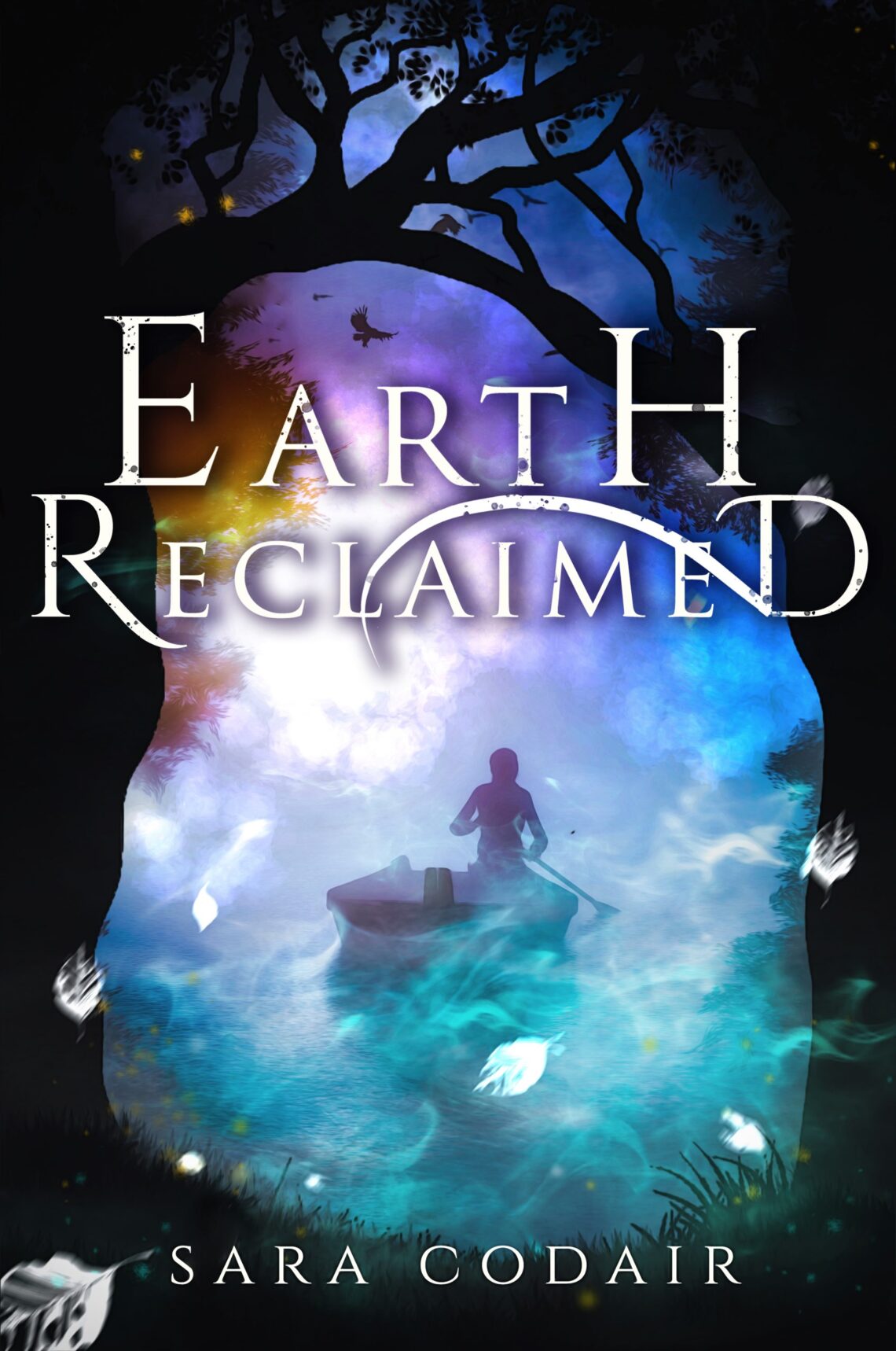 I am thrilled to be hosting a spot on the EARTH RECLAIMED by Sara Codair Blog Tour hosted by Rockstar Book Tours. Check out my post and make sure to enter the giveaway! 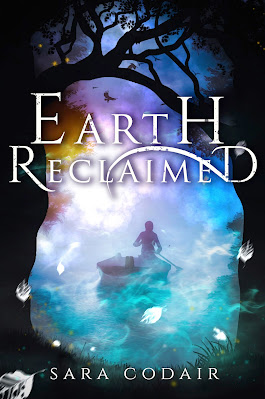 When non-binary seventeen-year-old Seren becomes an ambassador, they’re forced to face their greatest fear: magic.
By drawing power from rivers and lakes, Seren is left vulnerable to being controlled by Mother Earth. They’re desperate to avoid using magic, but a faction of fascists will do anything to start a war between mages and scientists, including killing Seren, the one mage who sees the value of science.

Outnumbered and outgunned, Seren must use magic to live long enough to reach negotiations for peace. As they struggle to survive assassination attempts, the sentient planet gets into Seren’s head and uses Seren to give humanity a warning: maintain peace or face extinction.

Shutting out Mother Earth could be the end of all humans. Letting Her in would mean becoming Mother Earth’s
puppet, killing anyone opposed to Her. Seren must negotiate peace between mages and scientists before Mother Earth drowns them all.

The invitation was both freedom and a tether. It represented everything Seren wanted and didn’t want: the chance to travel and the weight of a responsibility that would eventually confine them to Valley-Port and bind them to its magic.

And it wouldn’t leave them alone.

It had most definitely not been in their pocket when they got dressed this morning. Yet, when they stuck their hand in there, searching for a bag of berries and nuts, the invitation was there, and the snacks were not.

Every muscle in their body tensed as they slipped the card out of their pocket and looked around. Afternoon sun glistened on the lake in front of them. Behind them, on a deck grown out of the oak tree Seren and their family lived in, an oblong table was set for a lunch that should’ve started twenty minutes ago, but Ambassador Freeman was running late. When he arrived, he’d expect to hear Seren’s decision.

Anxiety snaked through their chest so tight it felt like their heart would burst. They whipped the invitation towards the still lake.

The invitation flew back and slapped them in the face.

Seren’s hands shook as they grabbed it and took depth breaths. Why did the Elementals want them to go so bad? Seren plopped down on the end of the dock, dangling the feet over the edge and re-read the invitation. It was ridiculous that such a tiny piece of recycled paper could have such a large impact on their life.

The offending card was addressed to their mother in and embossed mossy letters:

our presence, your heirs, or that of an alternate representative fully authorized to make legal decisions on your behalf, is requested at the First Constitutional Convention of Newly Unified North Eastern States (NUNES) on the 14th day of June in Merry Basin of the Lakes Region during the 176th year after The Flood.

Seren and their mother had been dreaming of war and catastrophic storms since the invitation arrived. Seren didn’t know if it was actual prophecy, or if a threatening message the Elementals were slipping into their slumbering minds. But they had a feeling if dozens of small, sovereign states couldn’t agree on a constitution and peacefully unite as one nation, something bad would happen.

This was one of the reasons Seren didn’t want to go. The Elementals wouldn’t let Assana leave Valley-Port, but there had to be someone more qualified to represent her than her seventeen-year-old heir. Sure, Seren could raise their hand and vote the way their mother instructed, but they’d be next to useless in the debates.

The wind picked up, conjuring whitecaps on the lake, and Seren could feel it in their head, rustling their brains. Silverware clattered. A coarse cloth napkin blew off the table, right to Seren’s face.

“Stay out of my head!” Seren glowered over their shoulder. They couldn’t see the nosy wind elemental, but the results of its annoyance were plenty visible: the flapping tablecloth, the overturned chair, and whirlwind of napkins. Their heart raced. Their palms sweated. They crumpled the invitation in their fist.

“Maybe if you just told them what you decided, then they wouldn’t need to search your mind for answers,” said Assana.

“I haven’t decided.” Seren spun around and hugged their knees to their chest. They hadn’t heard their mother approach, but there she stood, staring down at Seren with her hands on her hips. Her knee-length, bark-colored hair and patchwork skirt swished in the breeze. Her eyes, bluish-gray like the lake on a cloudy day, were narrowed. The skin around them was the color of sand, with a heron’s footprint on the edge of each eye.

Assana smiled. The heron-prints deepened around her eyes, but her face glowed as if kissed by the sun. She ruffled the feathery tufts of brown that crowned Seren’s head and sat down next to them. “Then I suppose you’ll be happy to hear you can put your decision off for a few more hours.”

Seren rubbed their temples then dragged their nails across their scalp. “That is more time I can torture myself. Did you finally hear from him?”

“The message was garbled, like he was far away, but he should be close.” Assana frowned, staring out at the lake. “All I could understand were ‘uncooperative winds’ and ‘rough water’.”

“Didn’t he check in last night from Port’s Mouth?” Seren tried to pull their thoughts together. They’d spent most of the night pacing around their room and running along the lakeshore. It was a blur of movement and anxiety, but they swore their mom had talked to Freeman via the communication basin.

“Yes. With a crystal-clear message.” Assana tucked a strand of wild hair behind her ear and focused on Seren. “Something isn’t right.”

Seren bit their lip. “Do you want me to go looking for him?”

“Normally I would send Reggie and David out, but they only just returned from a long trip and need rest,” said Assana. “Don’t venture too far out into the ocean. If you don’t see him within a few miles, ask Atlantik if She knows where he is and return home.”

Seren stood. Breathing came easier, but their muscles were still tense. Getting out on their boat always made them feel better but communicating with Elementals was always a risk. They were the reason mages like Seren and their mom could do amazing things, but any interaction with them meant that they could get in your head and make you their puppet. Outside of training with their mother, Seren only initiated contact with Elementals and used their powers in emergencies. And they weren’t sure if this counted as one. Yet. 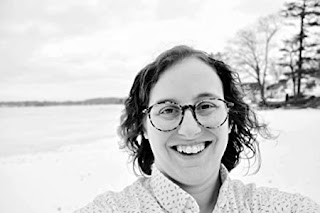 Sara Codair is an author of short stories and novels, which are packed with action, adventure, magic, and the bizarre. They partially owe their success to their faithful feline writing partner, Goose the Meowditor-In-Chief, who likes to “edit” their work by deleting entire pages. Find Sara online at saracodair.com or @shatteredsmooth.

1 winner
will receive a finished copy of EARTH RECLAIMED, US Only. 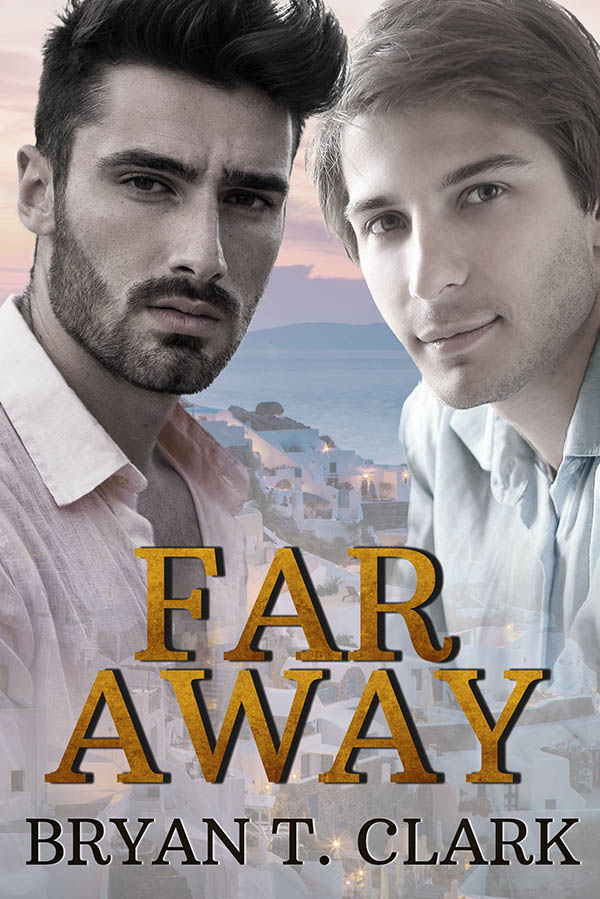 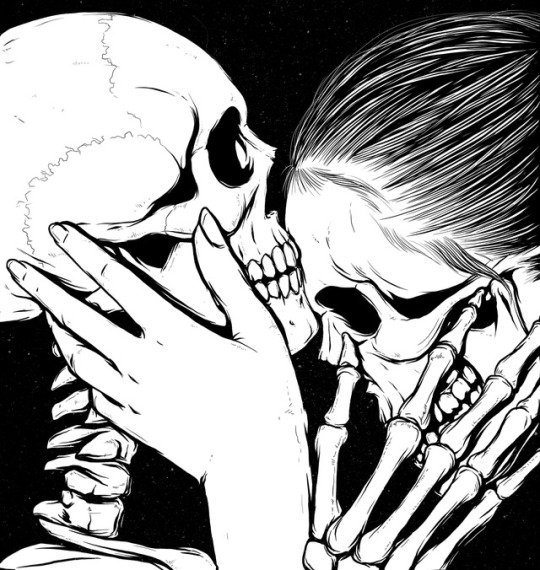 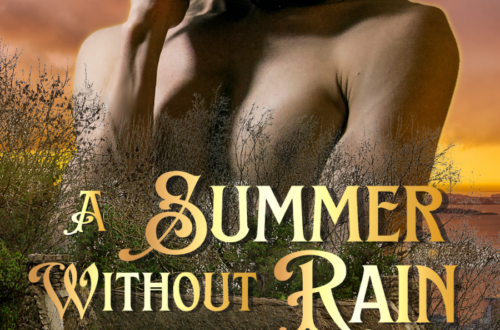