How do you play a game when there aren’t any rules?

Petty crook and drug dealer Elijah Page’s plan was simple. Stay off the feuding crime-lords’ radar for long enough to make a quick buck in the city, and then get out. He couldn’t have been more naïve. Captured and beaten by McIntyre, he escapes death, only to find himself in the hands of McIntyre’s opponent. Shai is an enigma, a man as charming as he is twisted. And he’s set his sights on possessing Elijah—body and soul.

Shai will stop at nothing until he’s ousted McIntyre. In the meantime, fate has provided him with an interesting distraction in the shape of the stubborn and rebellious Elijah. Elijah’s lips may say one thing, but his body says something else entirely. Elijah might think he has what it takes to go up against a man like Shai, but he’s wrong. He’s nothing but a fly in Shai’s web, and Shai will always be two steps ahead.

A game ensues. One that Elijah may not even realize he’s playing, or just how big a pawn he is. Everything is at stake. Possibly even his heart and mind. By the time Shai has finished with him, there might not be anything left of the man he used to be.

A dark mm romantic suspense featuring snakes as a weapon, a manipulative main character, and a few twists and turns along the way.

Welcome to the dark world of Malicious Gods: Egypt. A collection of standalone modern tales, both magical and non-magical, featuring deities from Ancient Egypt. You’ll find reincarnated Gods, assassins, gangs, madness, and different realities. Expect high heat and morally ambiguous themes. Seductive and often twisted, they are not for the fainthearted.

A rustling at the side of the bed had me dropping my gaze to the floor in search of the snake. There was nothing to be seen, and when I looked back up it was to find a much bigger threat: Shai on the bed, moving sinuously but inexorably forward until he was almost on top of me, his thighs straddling mine.

“What the…” It was an automatic reaction to try and push him off. He laughed, grabbing my wrists and pinning them to the bed at either side of my head, his face far too close for comfort to mine as he loomed over me. “Eli-jah!” He stretched out the syllables, the way someone might if they were reprimanding a naughty child. “Let me tell you one major difference between myself and McIntyre.”

I gave up on struggling. It wasn’t getting me anywhere. His grip was far too sure. I stared up at him, a faint scent wafting from him that I couldn’t identify. It wasn’t unpleasant though, far from it. That was another difference between him and McIntyre, but I wasn’t about to share it with him. “Get off me.”

He ignored the demand, his ass settling on my naked crotch as his fingers tightened around my wrists even more. “McIntyre needs everyone to say yes to him. Whereas I like a fight. I like a challenge.” He licked his lips, his expression changing to something decidedly languorous. “Are you going to give me a fight? Or is it a case of all bark and no bite with you? Don’t disappoint me, Elijah. Never disappoint me.”

There was a veiled threat there somewhere, but my thoughts were too chaotic to be able to work out exactly what it was. He ground down, the rough material of his jeans rubbing provocatively against my naked groin, and I got it. Fuck! No, not that. I’d endured multiple beatings at the hands of McIntyre, but none of the men there had ever come close to showing a sexual interest in me. They’d had female whores for that, some who’d even proved themselves good enough to survive the night. I gritted my teeth, putting all the venom into my voice that I could as I bucked up in an effort to dislodge him. “Get the fuck off me!”

I was subjected to another laugh, my feeble attempts to get free seeming to amuse him greatly. I wasn’t a weakling. Or at least I hadn’t been before spending time in McIntyre’s compound, but Shai was bigger than I was, and far more toned, and he hadn’t spent the past however many days recovering from a near drowning. I didn’t stand a chance.

“I thought you wanted water?”

I stilled again. In my panic at realizing his intentions, I’d almost forgotten. I glared at him, hoping my absolute hatred was easy to read.

He gave another smile, this one full of triumph. “I’m going to let go of your arms and you’re going to leave them exactly where they are. Understand?”

Then, how the fuck was I going to be able to drink water? I didn’t voice my question, settling for a weak nod.

To celebrate H.L. Night’s new release, we are giving away 3 e-copies of Shai!

H.L Night is the darker alter-ego of H.L Day.
They’re still juggling teaching and writing but in a more sinister way with a much bigger moustache and more cape twirling. They’re still working on their evil laugh. 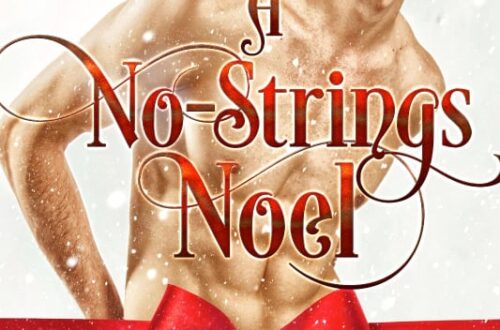