Brax
Tyson Langley thinks the king in Franklin University Kings is in reference to him. Star lacrosse player and God’s gift to the female and male population, there’s nothing the spoiled jock can’t have.

It’s impossible for us to be in the same room without talking crap to each other. But I also have a secret… As much as I despise Ty, I want him too. I revel in our banter and in never knowing what he’ll say next.

I’ve spent too much time on the wrong side of the law for someone like Ty, though, and if I want to make it through college and escape my past, he’s a distraction I don’t need.

Ty
Braxton Walker needs to learn to lighten up. If you search brooding online, his name pops up. He’s the bad boy with a leather jacket and a scowl. We couldn’t be more different.

Finding ways to annoy him is like the longest foreplay session of my life. And when we end up working together, it gets harder to deny how hot he makes me.

What’s a little hooking up between enemies?

I’m used to playing games, only the more time I spend with Brax, the less it feels like playing around and the more it becomes something real.
**
This series takes place across a calendar year. The books have been released in chronological order but are all stand alones and can be consumed in whichever order you choose.

(This suspenseful mystery-romance is a lightly edited rerelease of the 2011 original.)

After a disappointing 3rd book, the author upped her game in this heartwarming and uplifting story of a grumpy jock and a sunshiny social media manager.

Today we have very similar sports romance novels. Both of them feature bad boys and the sunshine+grumpy dynamics. Both sports use sticks to shoot a small object through a goal. I am unfamiliar with these two. The overall tone of the two stories is humorous, and heartwarming, with many fluffy scenes. Each half of the couples has some issue with their dads.

Playing Games is my current read and the series opener of the new adult series, Franklin U. Tyson Langley, star athlete, frequently clashes with the broody bartender, Braxton Walker. Sparks bounce off between them so palpably that bystanders frequently tell them to bone already. In a refreshing turn of events, instead of being oblivious or in denial, the two are quite aware of their attraction to each other and use it as ammo. A matter of when not if as far as they are concern.

Sometimes, in this kind of plot, the squee factor could wane once it heads towards the middle part. Here, it got better once we knew Brax is actually a teddy bear at heart. The boy dotes on his super cool grandma and is Ty’s biggest cheerleader in following his dreams. Ty hates his comp sci degree, his tech billionaire dad’s choice, and wants to be a nurse instead.

I wish there were more stories of leather-wearing biker bad boys with jock boyfriends. There’s something about this combination that piques my interest. I found it incredibly sweet how every time they ride the bike, Brax always insists on putting a helmet on Ty and secures it himself because this grump secretly loves taking care of people. I’m at the 3rd arc where Brax’s teammates were flabbergasted to know he was dating “Asshole Bartender.” The reactions were priceless!

Role Model is my previous read and the 5th book of the fan-favorite hockey romance series, Game Changers. Troy Barrett is a notorious bad boy and a pariah after outing his teammate and best friend as a sexual predator. He was recently traded to the bottom rung team. There he met the geeky and energetic social media manager, Harris Drover, who promptly adopted the lonely athlete. Soon, their friendship turned into a deeper connection, and Troy struggled with coming out, coming to terms with his feelings and his dad’s reaction to him being gay.

If Heated Rivalry didn’t exist, this would be my favorite book in the series. I rooted hard for Troy! This bad boy redemption story is a brilliant portrait of a character evolving from an angry, heart-broken and very sullen newcomer to Harris’ tentative friend to a motivated team player to a young man on the cusp of new love to the inspirational hero he is. And I love the Harris for his openness and being the kind of person who really looked and saw a sad, lonely man who could use a friend.

The romance was super sweet and oh so gentle, showing a surprisingly thoughtful and caring side of Troy very few people are privileged to know. The book’s Disney fairy tale ending couldn’t be more perfect. Of all people who deserved that a stadium of rainbows and his very own apple-scented prince, it was him.

Between broody bad boys and cheerful geeks, playing games gets one the star athlete; good behavior snags a prince and the Stanley Cup.

Detective Everett Larkin of New York City’s Cold Case Squad has been on medical leave since catching the serial killer responsible for the Death Mask Murders. But Larkin hasn’t forgotten the anonymously delivered letter, nor its suggestion, that another memento—another death—is waiting to be found.

Summer brings the grisly discovery of skeletal remains deep in the subway system, but the circumstances resemble one of Larkin’s already open cases, so the elite detective resumes active duty. When a postmortem photograph, akin to those taken during the Victorian Era, is located at the scene, Larkin requests aid from the most qualified man he knows: Detective Ira Doyle of the Forensic Artists Unit.

With an unsolved case that suffered from tunnel vision, and the deconstruction of death portraits, Larkin and Doyle are descending down a rabbit hole as complex as the tunnels beneath Manhattan. And if this investigation wasn’t enough, both detectives are struggling with how to address the growing intimacy between them, because sometimes, love is more grave than murder.

Larkin is difficult to like but the man is hella compelling. Bracing myself for the angst fest. 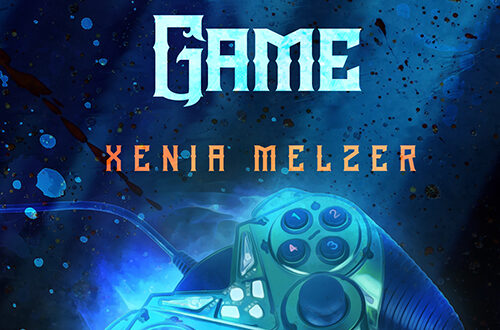 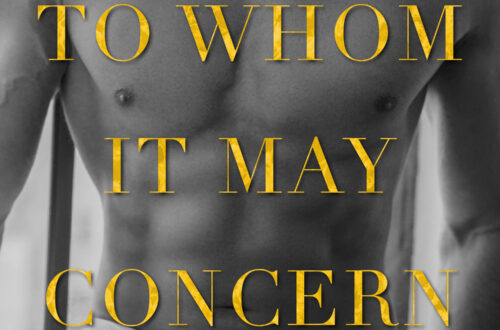 RELEASE BLITZ: To Whom It May Concern by A.M. Johnson (Excerpt & Giveaway) 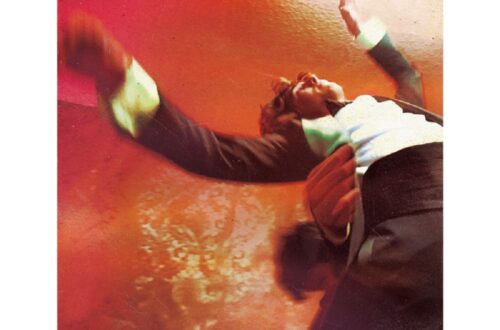