Born into poverty and orphaned young, Daveth Blyd had one chance for success when his fighting prowess earned him a place in the Tangye city guard—a place he lost to false accusations of theft. Now he scrapes out a living searching for wayward spouses and missing children. When a nobleman offers him a small fortune to find an entertainer who’s stolen a ring, Daveth takes the case.

While Jory Pearce may or may not be a thief, he certainly can’t be trusted. But, enchanted by Jory’s beauty and haunting voice, Daveth soon finds himself caught in the middle of a conspiracy. As he searches desperately for answers, he realizes that he’s also falling for Jory. The two men face river wraiths, assassins, a necromancer, and a talking head that could be Daveth’s salvation on their quest for the truth. But with everyone’s integrity in question and Death eager to dance, Daveth will need more than sorcery to survive.

Last week’s fantasy series inspired me to pick up this old Kim Fielding novel. It’s a historical fantasy about a sorta detective and an allegedly thieving singer he was tasked to look for by a lord and ended up befriending. Daveth’s a fascinating character with an even more fascinating potential love interest in Jory.

Detective Mark Thibedeau is perfectly happy doing his job in Internal Affairs and going home to his cat. Still, when his assistant wants to set him up on a blind date, he can’t help but be intrigued.

Dr. Ryan Campbell loves the frenetic pace of working in an emergency department. He likes his life and doesn’t need anyone. But that guy his colleague wants him to meet does sound pretty interesting.

That chaos isn’t just phone calls interrupting dates. When a patient comes into the ED rapidly bleeding out from a gunshot wound, Ryan suddenly finds himself in possession of evidence that could very well put two white cops in jail for killing an innocent black man in cold blood.

Not sure what else to do, Ryan takes the evidence to the only cop he can trust—Mark.

Now Mark is investigating a delicate case, and Ryan is a material witness, and putting their fledgling relationship on hold is the least of their problems. Dirty cops stalk Ryan and his colleagues. Higher-ups question Mark’s investigative integrity at every turn. Worse, he’s tugging at threads of a citywide systemic problem of cops getting away with racially motivated murder.

And there are cops with blood on their hands who will gladly kill to keep that system running.

This book is #5 in the Bad Behavior series, but can be read as a standalone.

One of the best things in the MM romance genre is the wonderful partnership between authors and narrators. L.A. Witt and Cari Z‘s relationship with the great Michael Ferraiuolo, in particular, has yielded some of my best reading experiences. Michael even goes a step further by suggesting story ideas that add extra dimensions to a series. This is one of them.

Today we have a historical fantasy and a contemporary police procedural. Both books star characters who are basically married to their jobs, tasked to solve certain cases. Their love interests are people who they should not be with because they compromise said cases. The MCs for both stories are middle-aged men. They also have slow-burn romances.

The current read has elements of magic deployed in a low-key manner. The setting is the typical Euro-centric set-up frequently used in the genre. The MCs live in the more poverty-stricken part of the town, and there are plenty of descriptions of the poor living conditions and discrimination towards the people of the area.

Last year’s story is a police procedural tackling the timely subject of dirty cops and racial profiling. It delves into the working life of the rarely featured Internal Affairs detectives. The plot focused mostly on the mystery, with a romantic subplot interrupted before it barely even begun.

Blyd and Pearce is a standalone novel told from the POV of Blyd. He’s a former castle guard, now a finder of things. A lord hired him to find a special ring and the singer who allegedly stole it. It brought him to the presence of Jory Pearce, the very enchanting singer who moonlights as a sex worker and may or may not have stolen the ring. And who seemed to be drawn to Daveth for whatever reason.

They live in the Lows, the poorest side of the city. The upper classes tend to insult them, but the people there embraced their life as a Lowler. Magic is used for trivial tasks such as setting locks or sealing a document. Their world is ruled by an aging queen and have jobbing witches who peddle magic. I don’t expect any spectacular OTT spells as it is more of an everyday tool.

Still, the cloak and dagger stuff alone grabbed my interest. I was immediately hooked by the premise. Daveth and Jory have an air of mystery to them, and even if we have Daveth’s voice as a narrator, we only know the little he cared to share. What is clear is that he doesn’t want Jory hanged by the arrogant lord. I’m dying to uncover their secrets! And what is this conspiracy mentioned in the blurb?! I’m only at the opening chapters, and I’m super intrigued to see where this goes!

Protective Behavior is the 5th book of Bad Behavior, a series about hardworking detectives who can’t catch a break. It stars Mark Thibedeau, the IA detective the previous MCs butted heads with and grudgingly became a friend. He was set up for a blind date with a trauma surgeon, Dr. Ryan Campbell.

Surprisingly, they hit it off and hoped for a second date. Because with their crazy schedules, it would be a miracle they find a day where they were both free. As it if their schedules wasn’t challenge enough, fate decided to be mean, and suddenly, Ryan was a POI in a case Mark was working on. And so, dates were off.

It’s an against-all-odds romance that the authors excelled at. That second date remained a promise hanging in the air because both men were reluctant to let go of that rare person who completely understood their dedication to their work and crazy schedules.

Majority of the book is Mark working on the case. It brought him to some sad realities regarding people sworn to protect and the people they swore to protect. Having an IA detective working a case brings a different perspective on law enforcement stories. Having a cop interrogate a cop creates more intense conflict and tension because cops don’t snitch on other cops. It also makes the villain a more insidious, and there’s nothing I hate more than a lawful evil villain.

This is a very timely book that reflects real-life events, specifically racism and Black Lives Matter. These issues were handled well. Overall, gripping and relevant!

Ex-Australian Specialist Response Group, Tim “Harry” Harrigan, has been running covert ops for almost a decade. A lone wolf, he’s single-handedly taken down terrorists and national security threats, or so he thinks. He’s been in the game far too long, and when he sees a familiar threat, he knows his time is up.

Asher Garin is a dangerous man. A man without loyalty, a man without a nationality, without a country, or a home. He’s also a mercenary for hire to the highest bidder. His next job is a face he recognises, and after a tip-off, he learns he too is a marked man.

It’s a different game now, and Harry and Asher have a better chance at surviving if they stick together. But it’s not just the game or the rules that have changed. The stakes have too.

Because on their own, they had nothing to lose. Together, they do.

Rival assassins! Even better, they’re gay assassins! We all know how this goes…All here for some murder husbands! 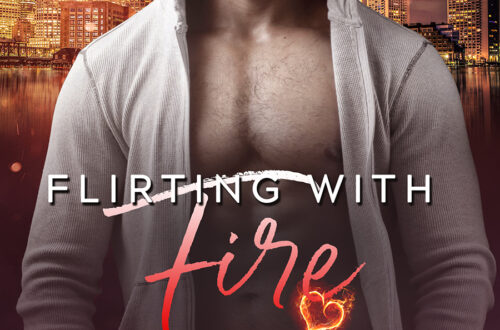