You’ve heard this story before: a guy supposedly kills himself, but his best friend can’t accept it. He calls in an investigator he knows to take a second look, certain there’s more going on.

I’m the investigator. Secret Service Agent Sean Avery. The guy who called me? My ex, Vice President Jonathan Sharp. And the guy he doesn’t believe put a bullet in his brain?

That was President Steven Baker.

The deeper I dig, the more things fall apart. I’ve got a dead president inside a locked room. A hidden note. A secret gun. A missing CIA officer.

And no one I can trust.

Now Jonathan’s in the crosshairs, and if I don’t figure out what really happened that night at Camp David, the love of my life might be the next president to die.

Given how real-life politicians are, I’m not too keen about MM romance stories with a politician as the lead character. But this is Tal Bauer we’re talking about here. I got faith he wouldn’t steer me wrong. So far, a few chapters in, the mystery got me hooked. Also, holy sexual tension! It’s a wonder the other secret service guys didn’t pick up on the electricity crackling between Sean and Jonathan.

Dolan Masters loathes many things: root canals, splinters in his fingers, and people putting toilet paper on the roll wrong—loose end over the top, please. But the one thing he hates more than anything else is Everett freaking Henson.

Everett Henson spends more time with animals than people, his best friend Eli being the exception. The downside of that friendship means crossing paths with Dolan Masters; the man who rubs Everett wrong in every way possible.

But a baby changes everything.

With both men believing they deserve the honor of being the godfather to their best friends’ baby, the only way to settle things is through a competition. Will there be bloodshed, or will these two realize the truth staring them in the face?

May the best godfather win.

I’m always eager for some enemies-to-lovers fun. This one had it in spades with all the snarking and sniping. I love that it avoided cliches. It had all the right ingredients but lacked the depth to make me feel an authentic connection between Everett and Dolan.

Today we got two contemporary standalone books. The current is an age-gap, second chance, romantic suspense about the VPOTUS turned POTUS and his secret service agent/boyfriend. Last year’s read is an enemies-to-lovers, opposites-attract romance between two ordinary joes competing to become their best friends’ baby’s godfather. The current has a more somber tone, dealing with grief and a high-stakes mystery. It is told in the first person POV of the secret agent. The former has an effervescent, chick-lit vibe, celebrating an upcoming birth. It is told in dual POVs.

The Night Of starts exactly one year after that fateful night Secret Service Agent Sean Avery spent with VP Jonathan Sharp. He’s in charge of night duty of the ongoing G8 Summit. He goes about his patrol while valiantly trying not to remember That Night. Suddenly, there was a gunshot. They found the president holding a gun in what looked like suicide. Jonathan immediately takes office as POTUS and tasks Sean to find out if the death was indeed a suicide or murder. Sean could hardly look the now president Jonathan in the eye because of what he did That Night. But why is Jonathan still making him coffee the way Sean likes it? Why is he still so nice?

The book has several mysteries. Sean spends a lot of time beating himself up for what he thought he did. What exactly that is, we’re left guessing in the first few chapters. Another mystery involves domestic and international entities. The late president had been dealing with multiple deaths of CIA agents. Then there the big mystery of his death. The two MCs and the First Widow are wracked with grief. We also get Sean and Jonathan’s dramatic reunion, not to mention some pent-up tension. As early as now, it’s pretty obvious that this is going to be an emotional rollercoaster.

Godfather Wars is Dolan Masters and Everett Henson duking it out to be the godfather of their best friends’ baby. Soon-to-be-parents Tasha and Eli concocted a series of tests to see who has what it takes. Competition was fierce. The two men fought hard. They were neck to neck. The clincher is the toughest task of all. Who will come out on top?

Why Dolan and Everett hated each other was a mystery for most of the book. The two never missed an opportunity to antagonize each other. The best part for me was the tests. There were hilarious epic fails, gross food combinations, and cute animal antics. I also loved how naturally they transitioned from rivals to lovers. Overall, the story was light and sweet.

Birthdays are always fun and memorable but a night of death and desire will haunt you forever.

Mortal-enemies-turned-furniture-breaking-lovers August Morrison and Ricardo Torralba have found a groove that suits them both. They’ve teamed up as hired guns, they live together, and by some miracle, they haven’t killed each other. It’s the closest to normal they’ll ever have, and they love it.

But their guns-and-roses future is thrown into chaos when Ricardo’s past comes crashing into their present. What begins as a favor for an old friend—well, “friend,” but don’t tell August—quickly spirals into something far bigger than they anticipated. Now they’re in way over their heads with powerful people on both sides of the law, and it’s going to take more than snark and explosions to see them through.

Nevertheless, there will be plenty of snark and explosions, because this is August and Ricardo, and no one would expect any less. In between the smoke and sarcasm, though, they are determined to bring an evil operation crashing down… no matter who they have to work with to get the job done.

And no matter who they have to kill.

Sniper vs Spotter is the sequel to the apparently-it-doesn’t-want-to-be-a-standalone Hitman vs Hitman, which absolutely was supposed to be a standalone, but August and Ricardo (predictably) refused to be contained. Our audiobook narrator also shares some of the blame, Michael. So here we are.

With the kind of ending they had in the first book, I am super happy we’re seeing more of August and Ricardo once again! Yay for narrator Michael Ferraioulo too! 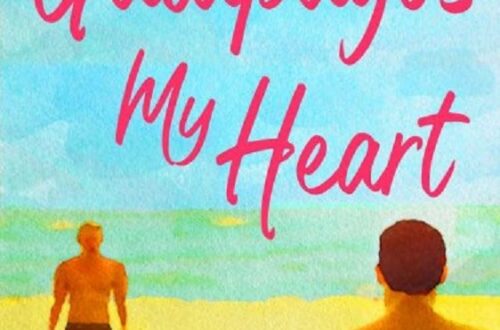 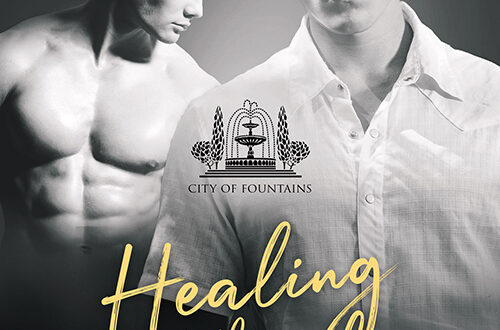