Nothing brings two men—or one man and an ancient god—together like revenge.

Private investigator Sloane sacrificed his career in law enforcement in pursuit of his parents’ murderer. Like them, he is a follower of long-forgotten gods, practicing their magic and offering them his prayers… not that he’s ever gotten a response.

Azaethoth the Lesser might be the patron of thieves and tricksters, but he takes care of his followers. He’s come to earth to avenge the killing of one of his favorites, and maybe charm the pants off the cute detective Fate has placed in his path. If he has his way, they’ll do much more than bring a killer to justice. In fact, he’s sure he’s found the man he’ll spend his immortal life with.

Sloane’s resolve is crumbling under Azaethoth’s surprising sweetness, and the tentacles he sometimes glimpses escaping the god’s mortal form set his imagination alight. But their investigation gets stranger and deadlier with every turn. To survive, they’ll need a little faith… and a lot of mystical firepower.

Fans of wiggly yet fluffy romance would love this tentacular mystery. It features a mischievous elder god and a private detective trying to solve and avenge the death of the god’s favorite worshipper. Full review soonish.

After the last incident—which involved a serial killer—Chevy and Seneca are considering puppy wrangling as a new, safer profession than psychic detective work. Honestly, Seneca would prefer to focus on his new relationship with Chevy, even if he’s worried about the menacing countdown calendar leading to Chevy’s birthday. But when homicide requests some assistance from them, they have no idea what they’re getting into. And if they’d known what would happen, they definitely would have gone with the puppy wrangling.

When an elderly couple is found dead in their own home, Chevy and Seneca are pulled into the case. But what’s unusual is that it appears neither of them were killed; instead, they simply stopped existing. Even with Chevy’s ability to go into the memories of the victims, he’s unable to tell what happened to the seemingly normal couple.

That is, until it happens again. This time, the victims are found alive, all of them kneeling and staring at a blank wall as if hypnotized by it. It’s up to Chevy and Seneca to figure out what is drawing these people and who might be manipulating them.

But when Seneca begins to act strangely, Chevy becomes concerned that he might also be affected by what is controlling the others. Chevy will do anything to keep the man he loves safe and as far from “The Light” as he can. But is it too late?

Lost in the Mind is 94k words of banter, the strangest salad ever, and the strengthening of a bond (especially after Chevy’s birthday). This book follows the events of Within the Mind but focuses on a new case.

The sequel to the mind-bending psychic procedural series, In The Mind. Still as hilarious but less creepier than the first book.

We have two paranormal/urban fantasy offerings today. Both books are of a humorous bent. Things tend to be over the top. One features an established couple who takes things slow while the other is a whirlwind romance that wasted no time solidifying the union. Both have similar dynamics with a serious, introverted character paired with a more outgoing and flamboyant love interest who is clearly crazy about the former. Both books focused on detectives trying to solve a mystery. The fantastical elements are already a given. Almost everyone has magical powers or special gifts. Religious cults also play a part in both stories.

Acsquidentally In Love is about private detective, Sloane Beaumont, dedicating his life to solve the 19-year-old case of his parents’ murder. He was set up on a date with Lochrain by his friends but the man failed to show. He meets the Azaethoth the Lesser a.k.a. Loch who inhabited the body of Lochrain after the man was murdered. Together, they embark on a mission to find the killer. Before the day ends, Loch claims Sloane as his mate.

Sloane is pretty much swept away by Loch, who is a delight! Many elder gods are present in the story but most of them are asleep. There is a dominant religion present that took over when the elder gods became irrelevant. Sloane and his parents are followers of the old gods and Sloane is blessed with the power of starlight. The mystery ties in Sloane’s old and new cases. So far, I really enjoyed this.

Lost In The Mind is psychic detectives and boyfriends, Seneca Bates and Chevy Wright working on a very puzzling case of people kneeling frozen and staring at a blank wall. Along the way, the usually overlooked Chevy gets his own admirer, Seneca worries about Chevy’s birthday present, they eat a head of lettuce at a stakeout, they go toe to toe with the Pillow Case Cult, and find themselves in a million other ridiculous situations.

One of my favorite parts of this series is Chevy’s mission to aggravate Seneca even though he’s completely enamored with the man. You also gotta love Seneca’s devotion to Chevy. The two were paired because Seneca grounds Chevy. The former can imitate any gift and the latter can access memories. The world-building here is nebulous so we don’t get much information on pretty much everything. The book felt both slow and fast. The case was difficult and took a while to solve. The plot cycles through humor to horror to fluff at breakneck speed. Quite the head trip!

Explore cities in the stars with an cosmic god and his human mate or plunge into the depths of the mind with two idiot psychics? I’ll gladly take on both infinities.

Private investigator Sloane Beaumont should be enjoying his recent engagement to eldritch god Azaethoth the Lesser, AKA Loch. Unfortunately, he doesn’t have time for a pre-honeymoon period.

The trouble starts with a deceptively simple missing persons case. That leads to the discovery of mass kidnappings, nefarious secret experiments, and the revelation that another ancient god is trying to bring about the end of the world by twisting humans into an evil army.

Just another day at the office.

Sloane does his best to juggle wedding planning, stopping his fiancé from turning the mailman inside out, and meeting his future godly in-laws while working the case, but they’re also being hunted by a strange young man with incredible abilities. With the wedding date looming closer, Sloane and Loch must combine their powers to discover the truth—because it’s not just their own happy-ever-after at stake, but the fate of the world….

Haven’t read Book 2 yet but I’m skipping to this part because I’m too excited to see Loch and Sloane again. Also, I heard this one has a talking cat. 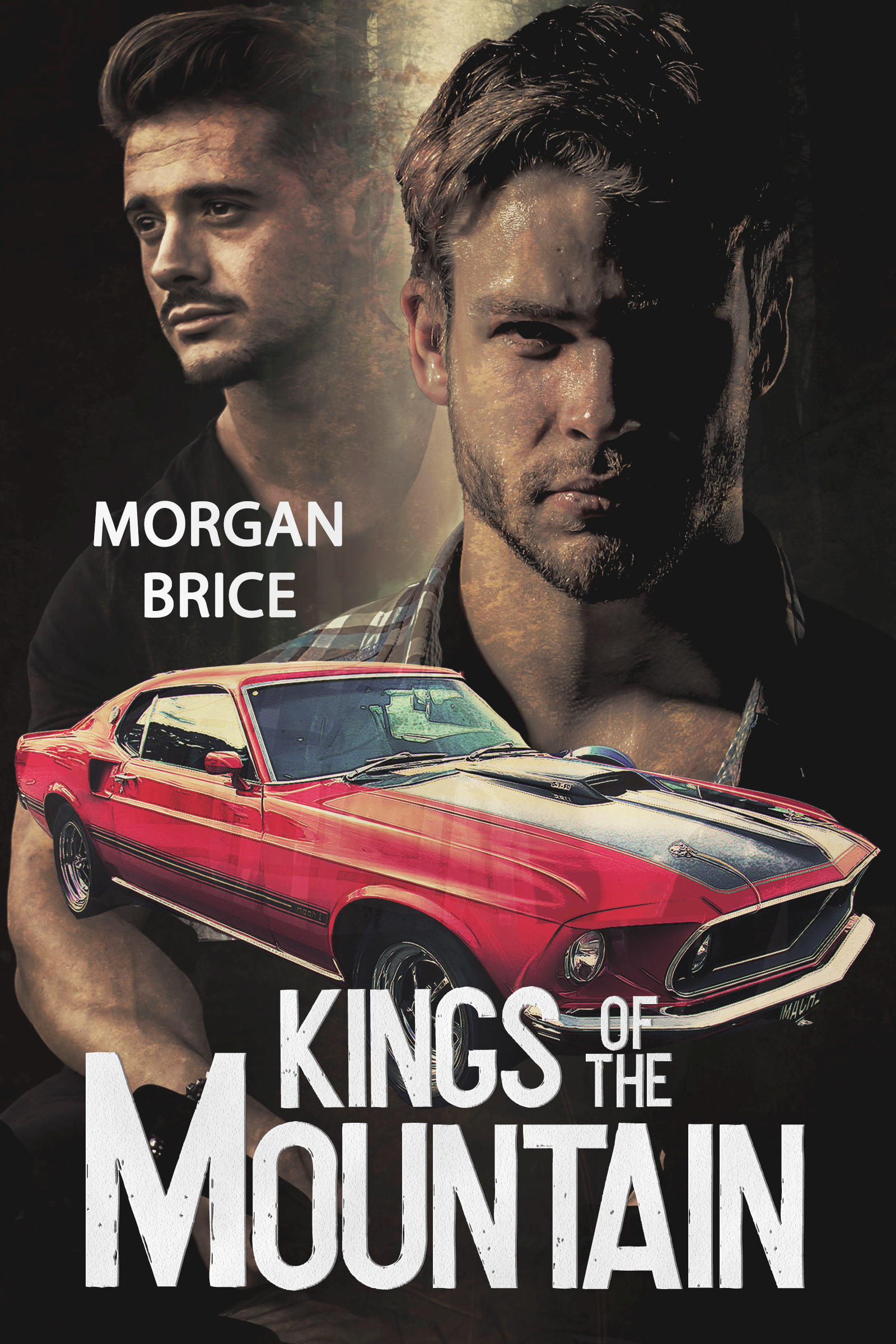 COVER REVEAL: Kings of the Mountain by Morgan Brice (Giveaway) 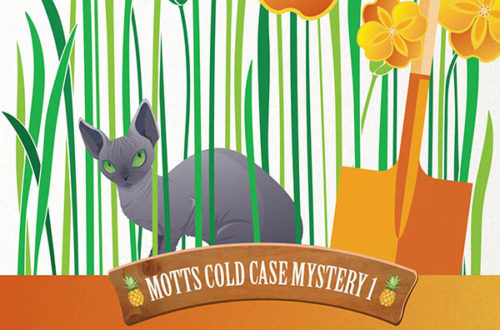 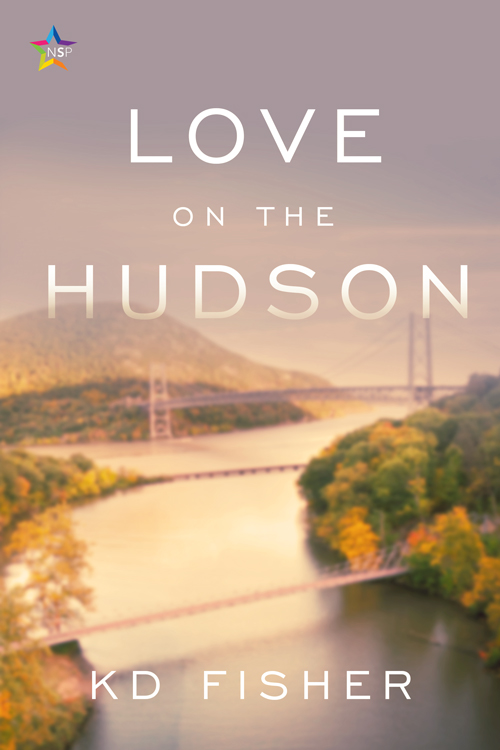