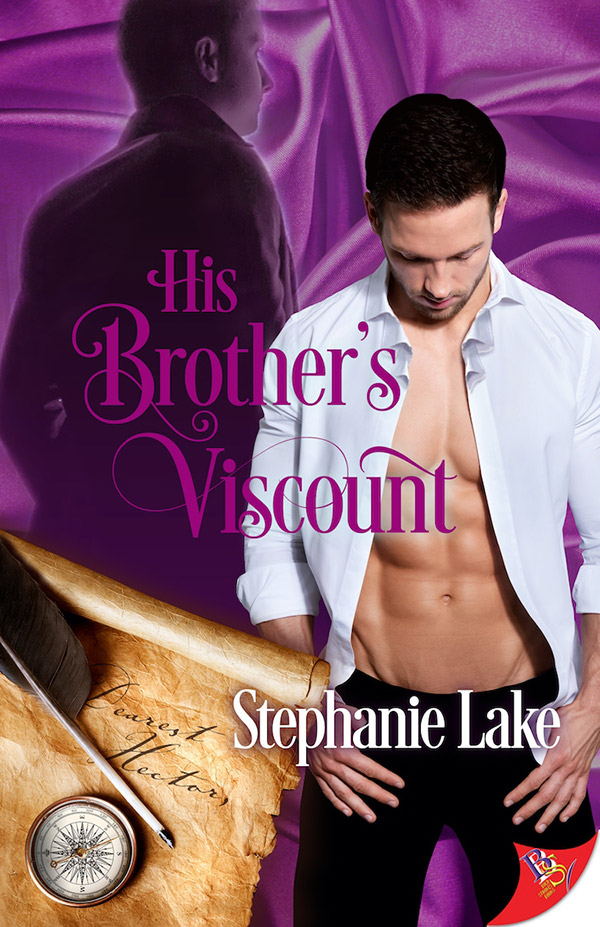 Stephanie Lake has a new MM historical Regency romance out: His Brother’s Viscount. And there’s a giveaway!

As a baron’s youngest son, Hector Somerville has no real prospects. He will not inherit, and he’s overshadowed by two perfect brothers. While searching for ways to improve his situation, Hector finds respite in an invitation to a country estate—and has a second chance at rekindling his illicit affair with Viscount Wentworth, captain of HBMS Dragon. The upcoming fortnight could be everything Hector dreamed of since their disastrous parting.

Wentworth has forsaken love, and yet, memories of guilt and heartache resurface. He loved a boyhood friend once, Hector’s older brother William, until the man left him, trampling his heart in the process. Years later, he wonders if he ever fell out of love. Is his heart bound by William, or can he create a life with Hector? Hector raised his face to the warm spring sun. The gods had worked together to make this a perfect day. Well, he had a small part in making all the components align correctly, of course. He smiled, looking forward to what lay ahead.

Flourishing spring-green grass spread all the way to the surrounding forest, the manor house stood bright against a vibrant sky, and a light breeze cooled the air and carried the scent of woodbine.

He admired the spread of food arrayed on large linen-covered tables. One dish containing meat in a dark gravy filled the air with a savory fragrance that started his stomach to rumbling. The crystal, which sparkled in the sunshine, was filled with the best wines from France, and delicate porcelain tableware was arrayed for the guests’ use.

Youngsters chased one another about. The light giggles of two young women and the hearty laughter of young men added to the festive air. Yes, it was a glorious day, brimming with joy, but the party alone could not explain the gale-force euphoria surging through his body.

His favorite—well, his only, but he knew she would always be his favorite—niece’s christening had progressed along wonderfully. But his attention wandered to things other than the party. Even with the warm sun, he shivered thinking about the night to come. If he wasn’t careful, he might even sport wood. Now wouldn’t that be a shock to old Aunt Dorothea?

“Well, don’t you look like the man who stole the raspberry tart?” Will slapped him on the back with a bit too much enthusiasm.

Hector winced but would not let sibling rivalry ruin his day. He’d always been smaller than his two older brothers, and Will’s mere presence reminded him of his deficiency.

“Careful, you might drop Pug in your attempt to collapse my left lung.”

“I’d never drop my precious girl,” Will cooed to the babe in his arms. “And stop calling her Pug.”

He looked up at Will—two inches up, to be exact. Two very important inches. Two inches and a scar that changed common, everyday looks into the dangerously dashing Dr. William Somerville. It wasn’t only size that distinguished the two of them. Will had his jaunty black hair, black eyes, and a swarthy complexion. Hector had washed-out mud brown, faded mud brown, and light mud brown.

But today it didn’t matter that he was small and forgettable. Today, Hector felt like Apollo himself.

“’Fraid I cannot stop calling her Pug, old man, not until she grows into those ears of hers.” He laughed at Will’s puckered expression. “By the way, the celebration is going well. All the work your wife forced us into this morning paid off outstandingly.”

The early hours they spent tacking up decorative paper in the high-ceilinged grand hall and around the stone balustrades made the inside and outside of the manor rather festive. They’d rearranged furniture and pinned up paper decorations for his brother’s first child’s first party. Margaret Harriet Philadelphia Somerville. What a designation. Will had taken leave of his senses when he labeled the poor girl with that name. But even with that taint, Pug was a sunny child with her mother’s fawn-colored hair and her father’s rambunctiousness. At just three months, she managed to grab everyone’s attention, a little sun at the center of whatever room she occupied. It’d taken Hector two months to decide he really quite liked the girl even though she was an unsightly pink, wrinkly thing that smelled of curdled milk.

“My little girl’s ears are in perfect proportion. She is beautiful.” Will glowed, simply oozing fatherly pride. He acted like a simpleton around his squirming bundle, making funny squeaking noises and wiggling his fingers—as he did now—to make his daughter laugh. And she did laugh, with a toothless, infectious mirth.

Hector laughed with her and ruffled the baby’s tuft of downy hair.

Will’s attention, as usual, was divided between his daughter and his wife, Mary. She chatted with guests, lovely in a sunny yellow muslin afternoon dress. Mary was one of those natural beauties who were always attractive. In fact, she probably woke up pretty, even with rumpled hair, pillow marks on her cheek, and sleep in her eyes.

Anyone who glanced at them could tell that Will and Mary were besotted. That was what he wanted. He wanted someone to stay by his side, to wake up with every morning. Someone to grow old with. Someone he found beautiful even with rumpled hair, pillow-creased cheeks, and a sparkling drop of drool on silk sheets.

A stupid romantic, he, ever since boyhood; but on a day like today it was hard not to be. Because even if he didn’t quite match up to his older brothers, it didn’t matter. Somebody had noticed him again, and today that somebody would collect him for an extended stay in the country.

He had magnificent plans for this fortnight. He rubbed his hands together, the friction warming his fingers, getting them ready for anything. Everything. Yes, joy filled his body today, and nothing would ruin his optimism for the future. Not even his brother’s perfection.

Even so, he stiffened when Will said, “You enjoy little Margaret so much, you should marry, have your own children.”

“That won’t happen, Will. You know why, so leave off.”

Tight-lipped, Will looked about to say something. Fortunately, Mary joined them at that moment. “How are my three favorite Somervilles?” she said in her soft, smoky alto. She leaned over and kissed her daughter’s forehead, then brushed the fuzzy locks back into place. She glowed with pride, just like her husband. “Hector, I believe you are as fond as we are of our little girl.”

“Actually, I spent the day planning my revenge. I will take her on outings, spoil her rotten, and then give you back an overexcited and insufferable child.”

Will groaned with an age-old weariness. “Save your strength. I will simply hand her off to Nanny Pennington if you do so. Besides, you’ve given me enough trouble throughout my lifetime. I don’t need her following in your footsteps.”

“Me? You were the one who tormented me to distraction and tears. And got me into predicaments where I required doctors to sew me up.”

Will laughed. “I will not deny Stephen and I were terrors, but in my defense, he usually instigated the worst of the pranks.”

Hector snorted but knew he’d been partly to blame, always following his older brothers, wanting to be as big, bold, and brave. They’d picked on him because he’d been the youngest, the weakest. It didn’t matter. Hector no longer held animosity over his brothers’ dealings. To be honest, they hadn’t been that bad. They shared brotherly affection. They held together through their father’s drunken abuse. In fact, Hector could remember times when Will took the switch meant for him.

He did appreciate his older siblings. It was just that sometimes, when the days were gloomy and he did not quite know what to do with his life, the comparisons to perfection rankled.

Stephanie Lake is the pen name for a husband/wife team who enjoy writing happy endings and steamy middles. We write historical and contemporary LGBTQ+ and M/F romance. Inspiration for our stories comes from living in seven countries and traveling around the world. Wherever we wander, our beloved four-legged family member is not far away. 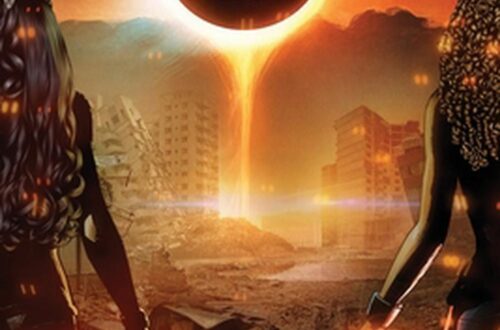