When a bookworm on borrowed time meets a younger, free-spirited chicken farmer, sparks and feathers fly…

Harrison Phillip Fletcher III isn’t supposed to be here. Not in Burlington, Vermont, not running Vino & Veritas, a quaint inclusive bookstore and wine bar, and definitely not still alive at forty-two. Also not supposed to be here? An unexpected delivery of chickens.

Finn Barnes knows chickens. The burly organic farmer knows all about rare breed poultry, but dealing with a hot, older bookseller is an entirely different matter. City slicker types like Harrison never end up staying in Vermont for the long-term.

They should steer clear of each other. But the flare of attraction is mutual. And somehow, amid book discussions and farm tours, they discover plenty in common. Now they’re stealing kisses in Finn’s barn, sneaking out like teens, and burning up the sheets.

What starts as a fling brings very real feelings for two lonely souls, but a future together seems as unlikely as chickens in a bookstore. Feathers may be flying, but learning to trust takes time neither may have. Can they take a leap of faith together before it’s too late?

Featherbed is a stand-alone novel in Sarina Bowen’s True North world. This opposites attract, age gap romance features a low-angst, fluffy—and feathery—romp as a fish out of water discovers the home he never thought he’d find.

This is the first book of the shared world series, Vino & Veritas. I had this in audiobook and sadly, I feel it had the wrong narrators. Or at least, the wrong delivery. Kurt Graves was too serious. Alexander Cendese was talking too fast. Struggling to continue this right now.

Xander
If I had to describe Sean Bailey, it would be: a surly, temperamental pain in my ass. Never in that equation would I ever include the word boyfriend—and not just because he’s straight.

The older brother of my life-long best friend, Sean is a detective for the Chicago PD, and is also known as Detective “Dick” for being…well, a surly, temperamental pain in everyone’s ass. He also happens to be the best they have, which is why I find myself on his doorstep the night my life is threatened by an anonymous stalker.

I only wanted the name of a bodyguard; I didn’t expect for Sean to volunteer for the job. Now, not only do I have a bodyguard, I also have a fake boyfriend.

Sean
It must be so hard to be Alexander Thorne, the number one prime-time news anchor in the country, with millions of dollars and a car that costs more than my house. I mean, I’m allowed to give him a hard time about it, but when some creep decides to cross the line and go after him, they’re gonna have to answer to me.

Going undercover has never been an issue in the past, so I don’t see why there’d be a problem now. Xander and I have known each other for years, so this should be a breeze. Except suddenly my stomach’s flipping when he looks my way, and my body comes alive whenever he brushes by me. I know I’m good at my job and playing a character and all, but this is getting out of hand.

I can’t be sure that either of us are playing anymore.

The super fabulous opening to a trilogy that failed to maintain substantial plot in the succeeding installments. The delicious frenemy USTs alone lit up the entire book.

Today we have two contemporary romances. One is set in a small town in Vermont, the other in the heart of Chicago. They both featured an opposite attracts pairing. One MC is the type that dresses in designer clothes, the other is a jeans and t-shirt kind of guy. One comes from a huge family, the other is an only child. One book has both gay characters meeting for the first time, the other has a gay-for-you, brother’s bestfriend storyline. Both pairs started off antagonistic.

Featherbed starts with a delivery of chickens to new bookstore owner, the flabbergasted Harrison Fletcher. This turned out to be a case of wrong address. The chickens belonged to what his staff called, ‘the hot chicken guy’, Finn Barnes. Unfortunately, the chickens made a bid for freedom before Finn could arrive to get them.

Harrison and Finn were opposite in many ways. Harrison was the uptight, awkward type who frequently falls back on polite speech when unsure. As a former New York attorney, he still dresses like he has a court room presentation. He established the bookstore to make his mother’s dream come true. He and Finn got off the wrong foot with the chicken debacle but Finn is such a nice guy, he later gave them a basket of eggs. He likes making Harrison blush. Finn is the latest son in to inherit his family farm that has been with them for generations. I think at this point, everyone in his family has their nosy noses in his business with Harrison.

Inside Affair is about Chicago’s top news anchor Alexander Thorne needing a bodyguard because of a stalker. Quite unexpectedly, his besfriend’s older brother, Detective Sean Bailey, offered to do it. The very straight Sean will pretend to be his boyfriend so as not to make it too obvious. Now Xander and Sean never got along ever since they were young. How will they even convince everyone they were a couple?

This has one of the most well-executed gay-for-you storylines I have ever witnessed. Sean was brash and surly compared to the more refined Xander. They had only tolerated each other because of Bailey, Sean’s brother and Xander’s bestfriend. Reading Sean’s POV as he slowly falls for Xander was pure joy!

Former New Yorker falling for a hunky chicken farmer is juicy gossip but the face of Chicago news falling for his bodyguard is national headlines.

Not normally a fan of bare torso cover but this one is wow!

I wasn’t too keen about the last Game Changers book I read (the third book , which I DNFed) but Role Model is tempting me to get back on track. Here’s another bad boy in dire need of redeeming. 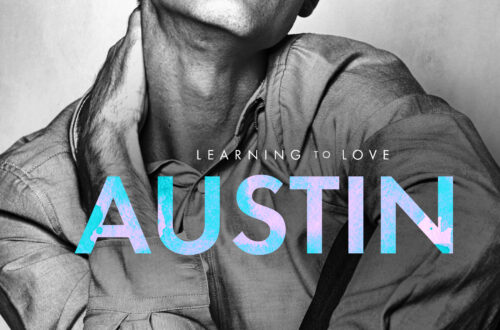 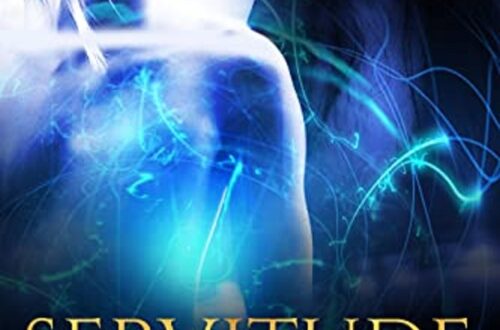