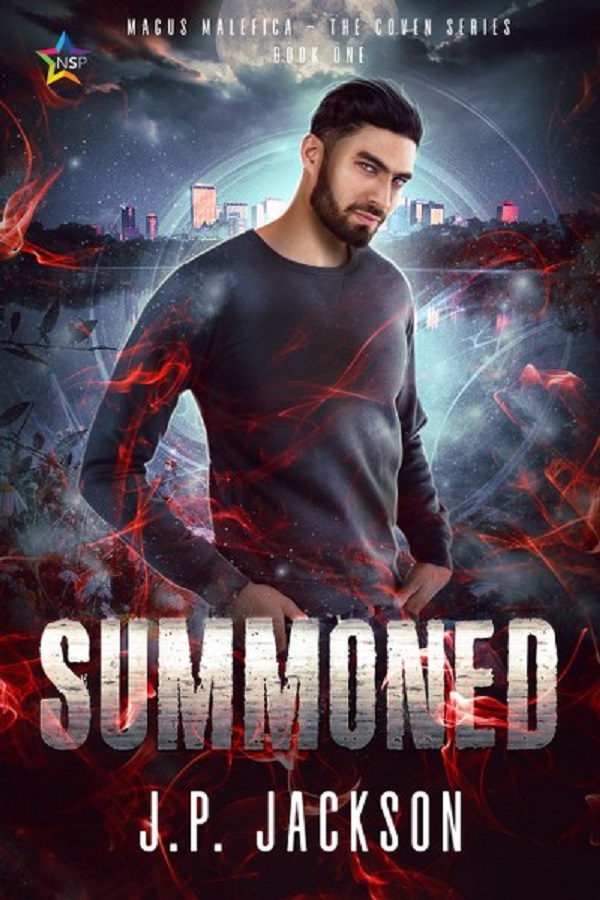 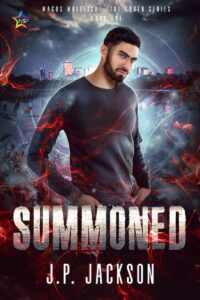 Devid Khandelwal desperately wants to experience the supernatural. After years of studying everything from crystals to tarot to spellcasting, nothing has happened that would tell him the Shadow Realm is real. And that kills Dev. As a last-ditch resort, he purchases a summoning board, an occult tool that will grant him his ultimate desires.
Cameron Habersham is Dev’s best friend. Cam loves Dev like a brother and will do anything for him, as long as he looks good doing it. So when Dev asks him to perform the summoning board’s ritual, he reluctantly agrees, but he knows nothing will come of it. Nothing ever does.
However, within a day, Dev and Cam’s lives are turned upside down as wishes begin to come true. They discover the existence of a supernatural world beyond their imagination, but peace between the species is tenuous at best.
Dev finally gets to see the Shadow Realm, meets the man of his dreams, and is inducted into the local male coven. But for all the desires that were summoned into existence, Dev soon realizes the magical community dances the line between good and evil, and Cam ends up on the wrong side of everything.
The old adage is true: Be careful what you wish for.
Add to Goodreads
NineStarPress * Books2Read

What are you passionate about these days?

I honestly think my writing. Although I tend to be rather cyclical about my immediate past times. For months it will be writing, then I’ll swing back and focus in on my plants, and then it will change to gaming (I love my PS4), then I’ll read and consume books at a crazy rate, and then I’ll knit a few sweaters…I’m never bored.

What do you do to unwind and relax?

Any of my hobbies. I find when I get lost in my plants, or in words, or in the realm of a game, or a good book, I tend to forget about everything else. And over the past year, that’s been good. So much negativity and difficult times with the pandemic, I’ve definitely taken more Self-Care moments than I usually do.
Oh, I forgot, wine and hot baths. Both are fabulous. I like a nice, easy-to-drink red, in case anyone was wondering – and dark chocolate. Oh yes, sweets. I LOVE sweets. I have an unquenchable appetite for sweet things.

How to find time to write as a parent?

Not a parent anymore! Our son is now 34, going on 35. We are done! Now, as a doggy dad? The Chihuahuas like to help out with the demon summoning.

But seriously, finding time to sit down and write can often be a challenge. And I’m not a writer who NEEDS to write every day. I like to write when the mood takes me. So, I might sit down for a few hours two to three times a week. That makes it hard to pump out novels like some of my author colleagues. But I assure you, I’m always writing something.

Describe yourself in 5 words or less!

When did you first consider yourself a writer?

I’m always blown away when people like my stories. I really write them for me. These are tales I find fun and exciting, and to think there are others out there who have the same warped twisted sense of imagination always warms me (and terrifies me a little. Y’all are some sick folk).
I know authors who write and put out books for a living and that always amazes me. First, because it’s a hard thing to do. And secondly, because writing is difficult.  I’ve struggled with a sentence for days until I finally find the right wording, or the fix for a plot hole, or the ending to a scene. And some authors can push right through that and create master works in a few months. That just amazes me. I call those people writers. So…<cringe> I just don’t see myself in the same category, although all my friends would tell my otherwise.

Do you have a favorite movie?

I do – and for all my creepiness and love all things dark, you won’t believe this.

It’s The Sound of Music.

I can watch that movie anytime, sing along with it, and it always makes me feel good.

Now putting on past episodes of Supernatural also makes me feel all warm and cozy too, so…<shrug>?

Which of your novels can you imagine made into a movie?

I would love to see Magic or Die made into a movie. A few of my readers have said the same thing. It’s so visual – and I want to see how the special effects would turn my magical worlds into a reality. Annabelle’s demons, Isaiah’s teleportation, Ning’s control of ice as an element…I think it would be cinematically beautiful, somewhat terrifying, and altogether a spectacle if done right.

What literary pilgrimages have you gone on?

I’ve inadvertently been to Hemmingway’s House in Key West – but that was a LONG time ago, and well before I became an author. Once we’re all vaccinated, I’d love to go to Saints and Sinners writer’s convention in New Orleans. That’s one of my favorite cities in the whole world. And I think I’d like to participate in some of the book conventions, or maybe even go on a writer’s retreat. Maybe. One day.

As a writer, what would you choose as your mascot/avatar/spirit animal?

Oh, my bears. I have bears all around me. I love bears. BUT, I also love anything that’s dark and creepy. I have a small collection of voodoo dolls, gargoyles, and dragons that adorn my writing desk. 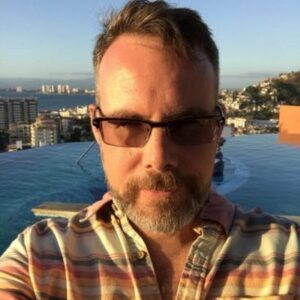 J.P. Jackson is an award-winning author of dark urban fantasy, paranormal, and even paranormal romance stories, but regardless of the genre, they always feature LGBTQ main characters.
J.P. works as an IT analyst in health care during the day, where if cornered he’d confess to casting spells to ensure clinicians actually use the electronic medical charting system he configures and implements.
At night, the writing happens, where demons, witches and shapeshifters congregate around the kitchen table and general chaos ensues. His husband of 22 years has very firmly put his foot down on any further wraith summonings and regularly lines the doorway with iron shavings and salt crystals. Imps are most definitely not house-trainable. Ghosts appear at the most inopportune times, and the Fae are known for regular visits where a glass of wine is exchanged for a good ole story or two. Although the husband doesn’t know it, Canela and Jalisco, the two Chihuahuas, are in cahoots with the spell casting.
J.P.’s other hobbies include hybridizing African Violets (thanks to grandma), extensive traveling and believe it or not, knitting.
Website * Facebook * Twitter * Instagram * Bookbub * Amazon * Goodreads

Follow the tour HERE for special content and a giveaway!
$20 Amazon GiftCard – 1 winner
ebook of Summoned – 3 winners!
a Rafflecopter giveaway 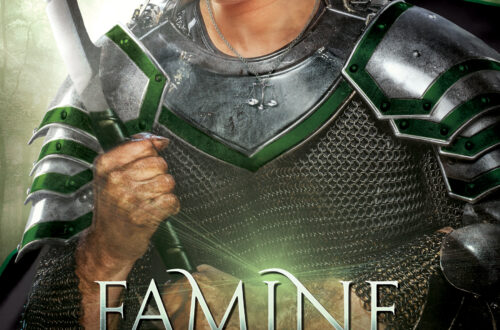 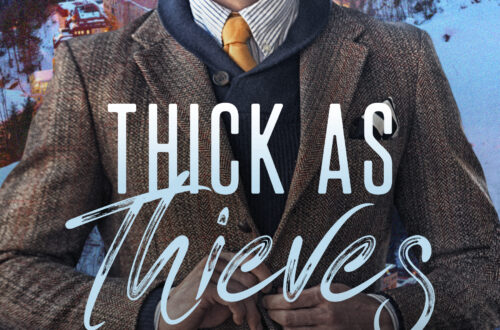