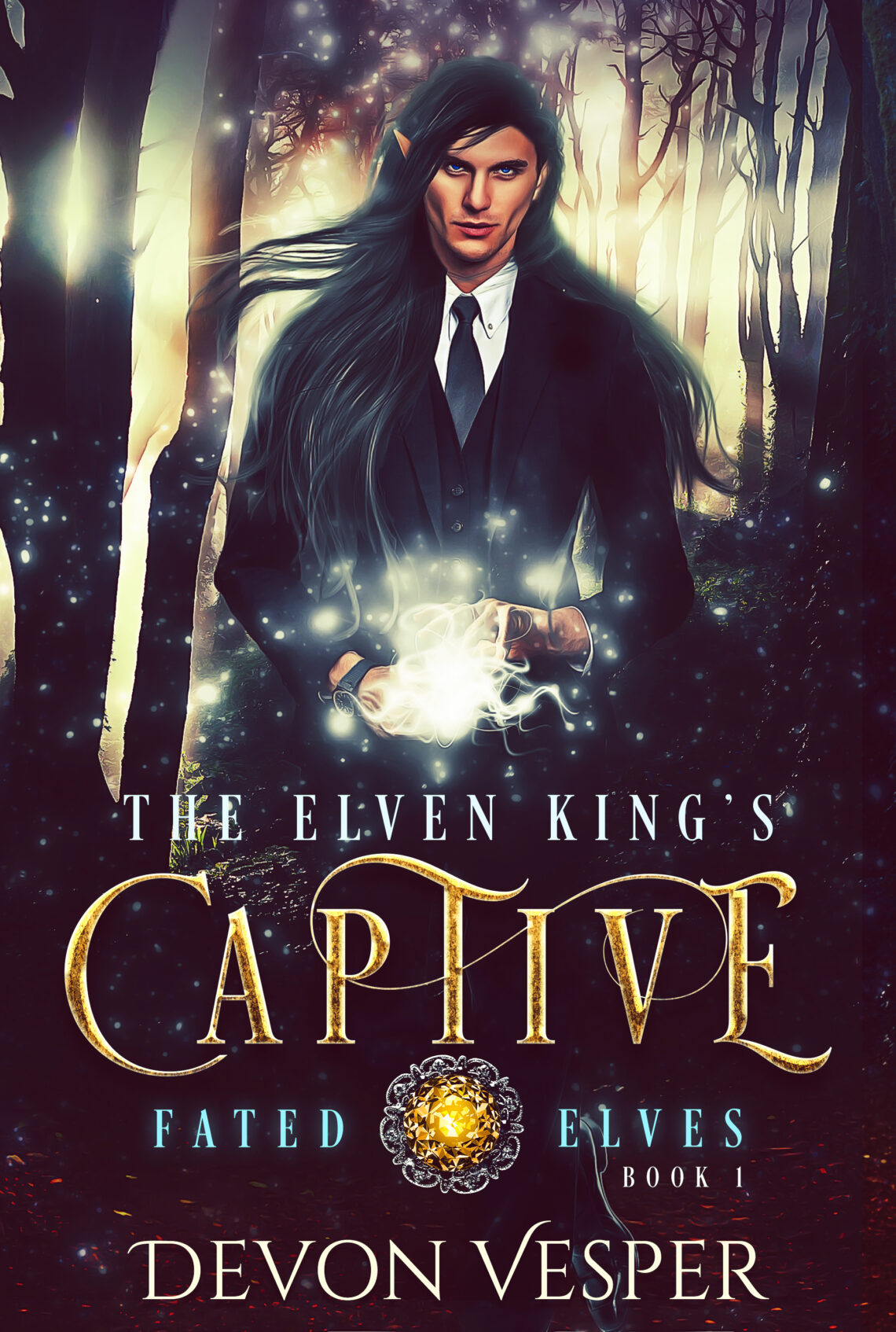 Casersis Ardal, the former Sun King, is a First Generation elf of over three million years. He meets his match in Dustin Juniper, a twenty-year-old human construction worker.

Dustin has been in charge of his whole life since he was sixteen. But when he meets Casersis, destiny strips all his control away. His body, his heart, his whole world change when he comes into contact with a magical amulet and starts changing species. And falling in love with an ageless elven king makes him question everything.

Casersis has been alone on earth for millennia. Having a burgeoning elf around brings feelings he isn’t comfortable with. But he can’t let Dustin go. If the humans find out Dustin isn’t human, Dustin would become a science experiment. The only option Casersis has is to keep Dustin captive. He must protect Dustin from himself as the young man fights Casersis—and fate—every step of the way.

If they want to be together, Casersis and Dustin must find a way to compromise. Once in a lifetime takes on new meaning when you live forever.

This 73,000-word non-shifter omegaverse novel is set in a world where mpreg (male pregnancy) is a fact of life, however this series does not end with a baby or pregnancy.

I unfastened Dustin’s belt, button, and zipper, and pulled his straining erection free of the confines of his jeans and thin, threadbare underwear. Dustin gasped as the cooler air inside the limo washed over his overheated skin.

“Relax, beauty, and come back to me,” I said softly, reverently. I couldn’t keep the husky note from my voice as I purposely made my breath waft along the head of his penis. It throbbed in my hand with Dustin’s anticipation. “Come back to me,” I mumbled against the flesh, then snaked my tongue out to lick a stripe up the center of his swollen, leaking head. I took a moment to tease that delicious spot just beneath the crown, gently nipping, licking, and sucking that little strip of flesh that connected his cock head to his foreskin just to hear his breath stutter.

When I released his frenulum from my ministrations, I took him into my mouth, traveled down his shaft, and, taking a deep breath, swallowed him down. It drew a deep, needy moan from Dustin’s mouth. He murmured, “God…” and I knew he was coming back to me. Knew he would open his eyes soon, be back fully in his body so I could cherish him properly.

No. This was just to bring Dustin back. He wasn’t mine to cherish.

Yet, my mind offered. Could this beautiful young alpha be mine? It seemed impossible, and I refused to hope. But I had a task to accomplish. He moaned again, and I pulled back just enough to chuckle around his cock. Then I slid back down until I buried my nose in Dustin’s pubic hair. He smelled divine, and I inhaled him deeply on my way back up.

I sucked hard, swallowed around his shaft. Dustin shifted, his muscles starting to come around. He cried out as I milked him with my throat, swallowing over and over again.

Starting a steady rhythm, I sucked hard on my way back up and plunged back down, only taking a breath with every fifth pass. My actions made Dustin breathless. He already started to sweat, gasping and panting as I continued my ministrations. It made me feel powerful to elicit such strong reactions from him.

I lightly grazed my teeth along his shaft on an upstroke and nibbled along his head, focusing on the slit that kept leaking salty-sweet pre-cum onto my eager tongue. The gentle nips had Dustin shifting on the seat. He whined low as his thick cock grew cold from the air cooling the saliva I left behind.

“That’s it, beauty,” I rumbled through a throaty purr. “Come back to me.”

I attacked Dustin’s cock again, sucking hard and fast, swallowing every time I plunged down onto his shaft, spearing my throat with him. Dustin’s moans became high-pitched gasps as he neared his climax.

Finally, he seemed to regain use of his body. His hands clutched at my long hair, his hips jerking. I held his hips still, picking up my pace until Dustin lurched forward with his orgasm, bowing over my back and rewarding me with a drink of him for my hard work.

I’m a mother, furbaby spoiler, and a girl who can’t get enough of pretty, pretty boys. As a kid, I traveled the world, too young to appreciate the gift I was given, but now those adventures spur on stories that my brain just can’t keep up with. Well, my brain tells me it keeps up just fine, but my fingers are the slow ones. I’ll let you decide. But the boys, man. The boys I remember make my heart sizzle looking back on them. Being a kid at nude beaches, I never cared, but looking back on those memories of Sicily, WHEW! There are some really great childhood images that I wish I could have been an adult to savor.Home is some place I call “rustic”. I’m used to large cities, stores everywhere, gas stations on every corner. Here in rural Pennsylvania, it’s rustic and beautiful. And quiet. Too quiet. With all this quiet, all there is to do is write stories, and let the hot men in my head out to play. We all benefit, yes? I like this development. The only thing I dislike about this rusticness is the fact I can’t find a coffee shop that sells a proper chai latte. They make it from powder. Ew. This makes for a disgruntled Dev. Ugh. I miss my chai.

Most of all, I am a down-to-earth southern girl at heart from spending 16 years in Florida. If you chat with me, you’ll hear endearments like darlin’, sweetheart, and hon/hun/hunnie. It’s who I am, and if we chat, you’re almost instantly family, so get used to it. 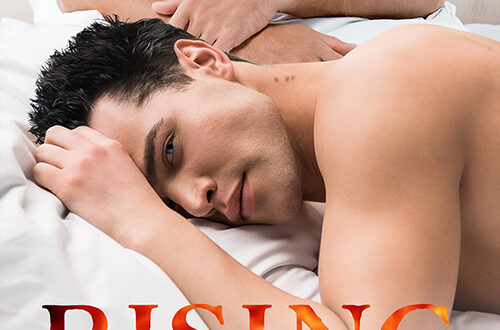 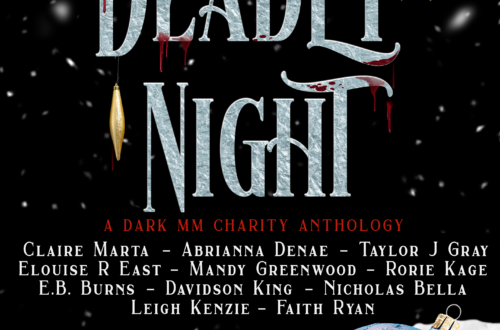 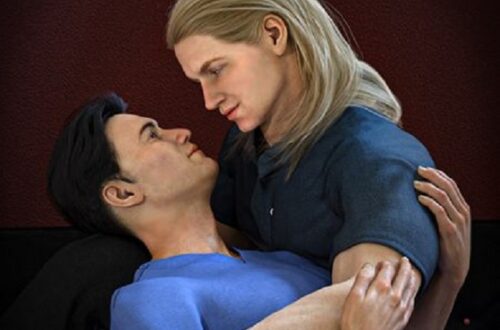