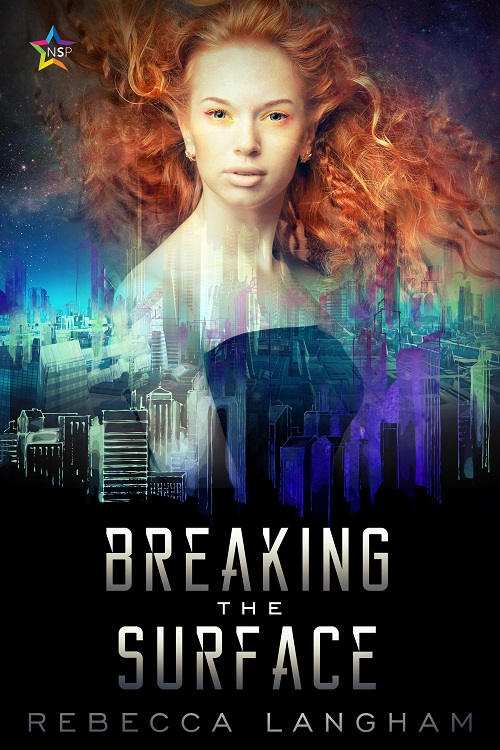 Alessia is an Outsider—a member of the not-quite-human community that has recently been released from their underground prison. Shortly after their liberation, Alessia is given an ultimatum: obey all the United Earth Alliance’s demands, or her mother will forever remain a hostage—a mother she’d believed dead for fifteen years. Reluctantly, she agrees, though she has no idea what those demands may be or how she will balance her obligations to the UEA with her responsibilities to her people and her family.

As the UEA tightens its grip on humans and Outsiders alike, it becomes clear that meaningful social change will not be possible without a revolution. Alessia and her peers embark on a mission to discover just how far the government is willing to go to maintain their monopoly on power.

What Alessia and her comrades discover, however, goes much deeper than they’d ever anticipated. Who are the Outsiders, really? What secrets of their destiny lay hidden within a top-secret space station? And why are the Outsiders linked to an emerging disease the UEA seems desperate to keep secret? As they delve deeper, it isn’t only Alessia’s identity that will be called into question, but the fate of the entire planet.

Lydia wanted so badly to pace, to burn away her fear one exaggerated step at a time, but there was nowhere to go, no floor space to haunt. The Camp had been a sanctuary for them all, keeping her friends safe from unwanted attention since they’d taken their first steps as free people, but now it suffocated her. It may have been off-the-grid, but the complex was also small. Too small.

Given the number of people in the control room, she had to settle for crossing her arms over her stomach and gritting her teeth. But even then, she couldn’t silence the dissenting voice in her head. Something wasn’t right. Why would the United Earth Alliance be demanding a meeting so forcefully?

The UEA had been quiet in the two weeks since the Outsiders relocated from the colonies, granting an eerie yet welcome period of radio silence. Now they’d not only made contact, but threatened legal action if Alessia and the Green Hats didn’t acquiesce to an immediate communication with one of the government’s top advisers.

As though reading her thoughts, Alessia slid her hand into Lydia’s and squeezed her fingers. Lydia forced a weak smile as she turned. “I don’t trust them.”

“Of course not,” she replied, her tone sympathetic yet firm. “But it may not be wise to ignore the request. This could be nothing more than an administrative issue and I don’t want to invite trouble, not so soon after the release.”

“I don’t think you can ignore it, Ly-dee.” Helen swivelled gently in an office chair, forearms resting on her thighs as she considered her daughter. After all those years without Helen’s presence, hearing that fruity voice still managed to surprise her from time to time. Lydia had believed her mother to be dead for years. Finding out she hadn’t died, but rather become a kind of political hacker, was unsettling to say the least.

Life had changed so much in the last nine months. Alessia did not remain trapped beneath the ground, and Helen had re-emerged from the void.

No longer living with her politician father, even Lydia had been partially freed from the web of her old insecurities and frustrations. Sometimes though, it seemed like those frustrations had dissolved only to be replaced by a whole slew of new concerns. It had been a lot to process.

Helen sighed, a little too dramatically. She reached for a cup of tea she’d left cooling on a nearby bench and cradled it between her hands. “We knew they’d get their claws back in sooner or later.”

“Two weeks,” Lydia huffed. “They only waited two weeks. Please can’t we refuse?” The frustration in her voice exposed Lydia’s raw emotional state in a way she wasn’t comfortable with. Until recently, she’d worked hard to present a subdued version of her thoughts to the outside world. With such a prominent father, she’d had to if she had any hope of protecting herself from those who sought to exploit her. Whether it be to splash her personal life about the goss-channels, or to pressure her to influence her father regarding some political issue or another, there had been no shortage of people trying to use Lydia. It had been a kind of self-preservation to surround herself in the dark veil she’d become enveloped in, making it harder for people to really see her. But then Alessia had burst into her life, a quiet yet powerful blaze of light.

Alessia and the other Outsiders had reached right into her and reawakened feelings and sensations she’d muted long ago.

“Is refusing a good idea?” Peleus looked up from where he sat cross-legged on the floor a couple of metres away from Helen. Peleus had been one of her earliest and most faithful followers and friends, embracing her efforts to slowly change culture in the colony by sharing positive stories and messages with the children. “They’re providing accommodations and integration assistance to the four thousand Os who’ve had their entire existence uprooted. Not taking their meeting might give the UEA reason to withdraw support.” As Alessia’s confidante, Peleus’s presence always lent a certain sense of thoughtful tranquillity to a situation.

Alessia pulled Lydia closer until their bodies pressed together, banishing the air between them and soothing Lydia’s nerves a little. They’d barely had time to catch their breath since Release Day. When they had finally pushed their way through the obscenely large crowd of onlookers in Thracia after the ceremony, they’d boarded an air-transport and come directly here to the Green Hat headquarters in Quadrant Four.

Affectionately known by its inhabitants as the Camp, the secure underground complex supported a community of approximately a hundred people. Every one of them had dedicated their lives to undermining the UEA’s ever-worsening abuses of its own laws.

The main control room at the Camp was capacious and circular, with curved desks and ergonomic chairs that hugged the wall. Each workstation offered a user access to the G-Hat virtual network, but to connect with the outside world, one had to utilise the cylindrical, glassy tower in the centre of the room. A reflective pillar when inactive, the hub featured a projector that sent holograms into the middle of the tower as required.

The hub worked much the same way as any Hive wall, but with some modifications helping to prevent hacks into the rest of their system. It was also perfect for situations in which more than one person needed to participate in a communication link. Lydia believed the entire setup was nothing short of spectacular. No doubt they’d been able to develop the untraceable consoles only because of whatever financial support the MacNay Corporation had been providing.

Still, Alessia and Lydia had traded one isolated abode for another. At least this one wasn’t full of protectors or tainted by decades of oppression. Greys had been replaced with blues, locked doors with open spaces, and obstacles with possibilities.

The dormitory was unfortunate, though. Each night, the enticing heat of Alessia’s body rejuvenated Lydia, yet they were acutely aware of the other people sleeping nearby, and so Lydia had accepted the fact they’d have no privacy for the foreseeable future.

In truth, she experienced relief and disappointment in equal measure. They’d only spent a few weeks getting to know one another in the Q4C, after a month of silent glances in crowded corridors. The six months of separation following Lydia’s departure had done little to quiet Lydia’s fears her connection to Alessia wasn’t as strong as she’d thought, that perhaps she’d imagined the whole thing given the immediacy of their attraction. Slowing things down, being with one another without expectation, could be the best way for Lydia to validate the tether between the two of them.

The rest of the refugees had been relocated to government-sponsored accommodations in the major cities of Thracia and New Sydney. Only Peleus and Fermi knew exactly where to find Alessia, and Lydia wanted it to stay that way for the moment, regardless of Alessia’s initial protestations.

The entire world knew Alessia’s face now, and there was no way to predict how she’d be received by the mainstream population or what her own people might expect from her as their de facto leader. Leader.

Lydia rested the side of her face against Alessia’s bicep. Her stomach clenched as she capitulated. “Peleus is right, isn’t he? We should hear them out.” 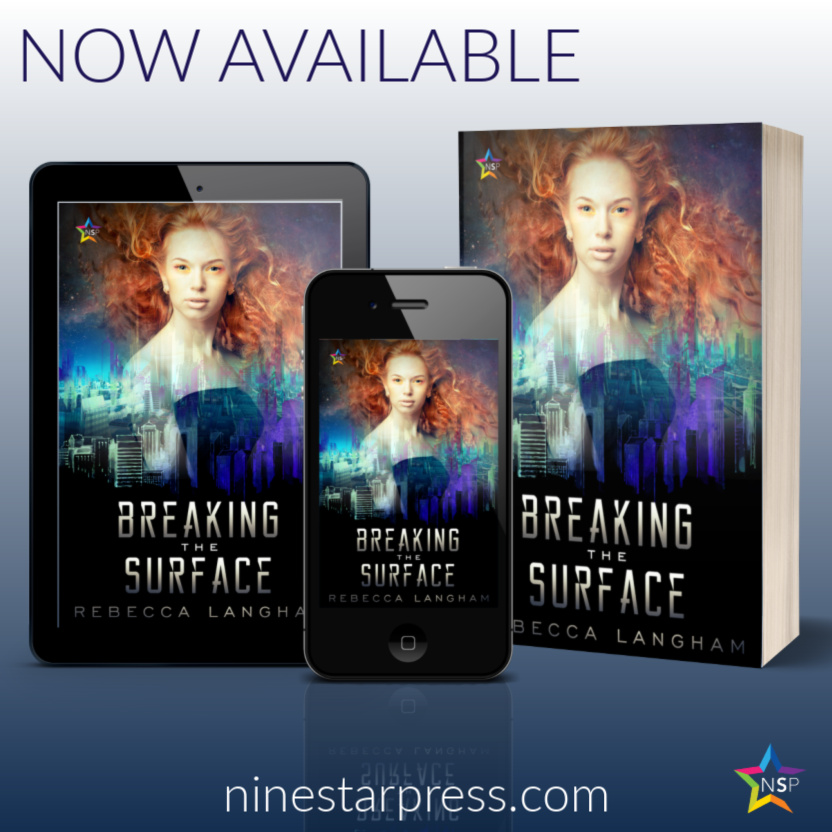 Don’t miss Book #1 in the The Outsider Project series, Beneath the Surface, available from NineStar Press 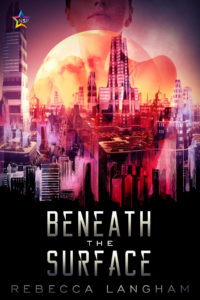 Rebecca Langham lives in the Blue Mountains (Australia) with her partner, three children, and menagerie of pets. A Xenite, a Whovian and all-round general nerd, she’s a lover of science fiction, comic books, and caffeine. When she isn’t teaching History to high schoolers or wrangling children, Rebecca enjoys playing broomball and reading. 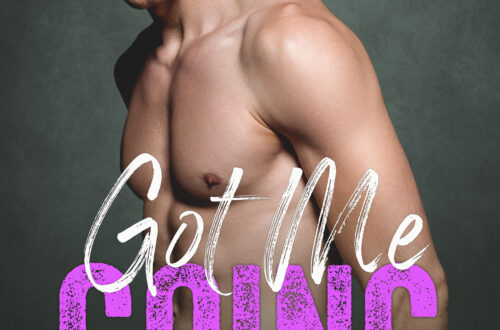 EXCERPT REVEAL: Got Me Going by Casey Cox (Excerpt & Giveaway) 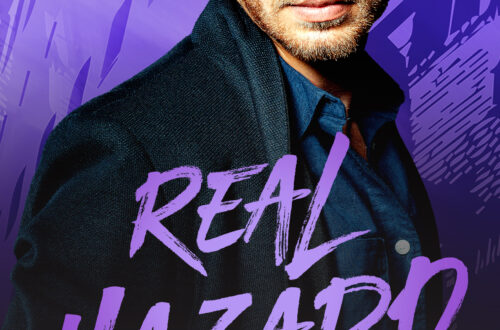 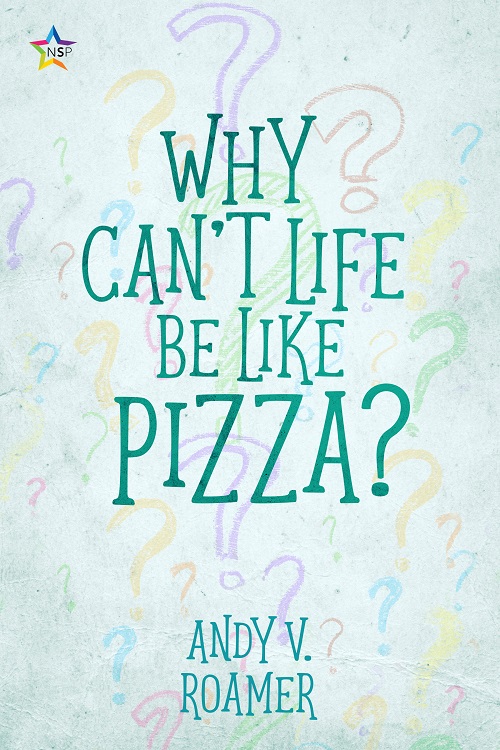