Life has been easy for me. Top of my class. Star quarterback of the football team. Every guy wants to be my friend, and every girl wants to date me.
Yeah, life is pretty sweet.
Except it’s not.
It’s all fake. School comes too easy for me, and I’m bored. Football isn’t fun anymore. The guys I hang out with aren’t really my friends.
And the girls? I don’t want to date them.
The only one I want to date . . . He’s a little bit . . . hostile.

Life has never been easy for me. A foster kid, lucky enough to be adopted as a teen but who still can’t find a way to be happy.
I have two best friends who are amazing and supportive, and yet, I can’t bring myself to tell them my biggest secret.
Parents who pay for a private school a kid like me could never have dreamed of . . . that I hate.
It feels all wrong when it should feel right.
And I guess . . . that’s made me nothing but . . . hostile.

I’m almost done with this opposites-attract, jock/artist romance that was better than I expected. One thing that stood out is that the plot really made the effort to avoid cliches. A good choice for my first Nicole Dykes.

Dominic “Bull” Walker is used to the simpler things in life. Give him his own land to work, a strong horse, and twelve hours of daylight, and he is a contented man. But when someone threatens to take away the successful ranch that took him two years to rebuild, he’ll accept any help he can get to defend it.

Mandel “Fox” Tucker is a sixth-generation SWAT soldier. It’s embedded in his bones to protect and serve his community. So when he gets word of the vandalism occurring on the Walker Ranch, he quickly volunteers the free time he has, thanks to his recent suspension.

The brief visit Fox had with Bull four months ago had been a contentious—but powerful—encounter. Therefore, he’s not surprised when he shows up on his doorstep unannounced and has to pull out some of his best tricks to get past the six-foot-four, stubborn Texan.

Fox is only there to safeguard what’s most important to Bull. But being on the ranch brings an awareness to him that he embraces with both hands. Nature, peace… love—things he never found in the city.

This book contains the love story of two new characters. It is a part of a series but can be read as a standalone.
There are no multiple pairings or sharing. Ends in a very HEA.

I’ve been a fan of the Nothing Special series since its infamous poly beginnings. This is another series that gets better and better with each new installment. Fox and Bull was a highly anticipated release and is as ridiculously OTT as promised.

Today we have two contemporary romances. The current is a new adult set in high school, while last year’s is a romantic suspense about middle age men in a ranch. Both books feature characters with opposite personalities, with the sunshiny one doggedly pursuing the grumpy one with good-natured stalking. The characters have a past they struggle to come to terms with. Found family is another common theme, along with the pressures of upholding the family legacy.

While the two books have a lot in common, the current also tackles issues of foster kids, sexuality, and friendship. On the other hand, last year’s touches upon vandalism, workplace dynamics, and a whole lot of alpha-male posturing.

The current book is Hostile, a standalone novel told in the dual POV of high school seniors, jock Grayson and abrasive loner artist Rhett. The latter is a foster kid who was adopted, along with his best friends, Bree and Fletcher, by a loving, well-to-do couple. Rhett knew he was lucky but couldn’t help feeling unworthy and damaged because he wasn’t attracted to anybody.

Meanwhile, Grayson couldn’t take his eyes off Rhett and was obsessed with winning the sullen boy over. Grayson is the third of his name and vowed to uphold his beloved grandfather’s legacy. To do this, he had to play by his dad’s rules, one of which is not being gay. This lovable jock, as Rhett soon discovered, had many surprising and endearing layers to him. The grump found himself falling hard but would he be Grayson’s dirty secret?

Grayson toed the line between pushy and persistent, but he does stalkerish wooing with such good cheer I found it hard to ding him for it. As I mentioned above, the plot veered away from the stereotypes. First, by giving Grayson more in common with Rhett than the other boy expected, while also highlighting how their differences complement each other.

Also, these two might be antagonistic, but they constantly take time to talk things through and avoid unnecessary drama. Even as the plot led to the separation scene, it still had the two openly communicating each step of the way. It’s a wonderful relationship of contrasts where one boy’s yin is the other boy’s yang.

SWAT Ed: Fox & Bull is the 8th volume of Nothing Special. It features laid-back, SWAT lieutenant Fox cunningly pursuing his stubborn, taciturn crush, ranch owner Bull. Bull’s crushing hard but had been avoiding the other man. Then, his father had called his friend, the SWAT captain, when their ranch was being vandalize. Fox immediately volunteered to go to the ranch and stakeout the area. It brought the two men in close proximity. They both knew it was just a matter of time…

Fox and Bull were introduced in the epilogue of the previous book. They left a big impression on each other. I was super amused to learn later that Bull’s been trying to catch a glimpse of his favorite cop on the nightly news. It’s one of those stories where everyone starts a pool on when the two would start sleeping together because it was THAT obvious they would eventually.

The first scene they were together made me LOL. Bull got so tongue-tied and awkward at seeing his crush he tried to say three greetings all at once. He’s such a sweet guy! I was rooting hard for him. He had to start over after their 1st farm was destroyed by a flood. After being left to die by his ex in that disaster, he’s not about to start a relationship with a man who will be leaving soon.

With a deadline hanging over their heads, the author did a great job making each moment Fox was in the ranch count. The passion and heat jumped off the page. But what I loved most was how the story was able to convey, in the cozy domesticity and everyday ranch business, the way the two cherished each other tenderly. They light up the page with their fabulous chemistry and unwavering devotion to each other. Their romance was a building of trust, and a promise of commitment. These are two men who truly appreciated what a precious gift it is to find someone brave enough to stick around.

Between hostile teens and stubborn men, good natured-stalkers are unstoppable in their pursuit of love and happiness.

Kittisak Amarin is not a scientist—he’s barely a student, but he joined his college professor’s research team for an expedition into the Amazon as a last ditch effort to pass his biology course. His professor thinks they’re going to discover a new species out here, but Kittisak is more worried about being eaten alive by giant mosquitoes and staying awake while the team studies test tubes of dirty water.

When he sees a fantastic amphibian creature watching over him one night, he thinks it’s just a dream.

Until it comes back.

A fatal misunderstanding leaves Kittisak wounded and unable to flee once the creature has taken him prisoner. As the creature nurses him back to health and shows him the wonders of his mysterious jungle home, Kittisak has to confront his growing attraction to his enigmatic captor and his dwindling desire to escape. He begins to realize that the creature may not be the monster he appears to be…

And that even amongst darkness and dank, the sweetest romance can blossom.

In Darkness and Dank is an MM Horror Retelling of Creature from the Black Lagoon, as part of the collaboration Monsters & Mayhem: An MM Horror Collection, adapting some of your favorite classic horror stories with an MM romance twist.

K.L. Hiers‘s monster-fuckers may have to deal with a lot of weird body parts, but they’re always guaranteed to hit right in the kokoro. 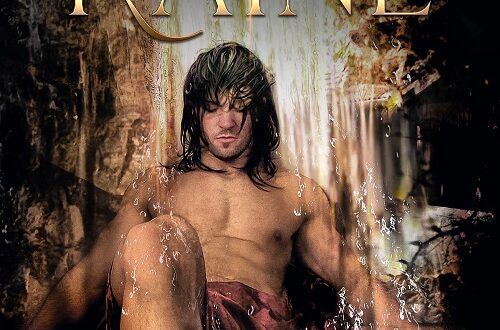 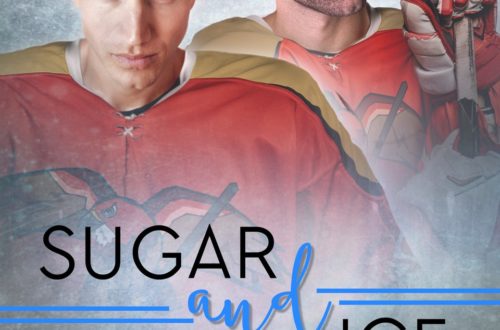 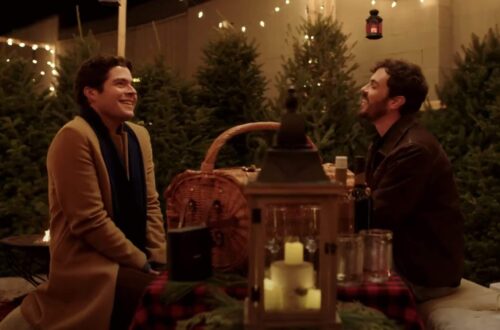 MINI MOVIE REVIEWS: Charming Hometown Holiday Treats and an Epic Love Affair At The End Of The World