Dalí Tamareia has the terrorist Skadi in their sights – but bringing her in may cost them everything.

Dalí’s role as an undercover operative is compromised, putting a target on their back and threatening the close-knit team aboard Thunder Child. A new lead on Miriam Skadi’s activities forces them back to Luna, where they must confront everything they tried to run from…including their changed relationship with Rion Sumner, who insists on backing up Dalí for this investigation.

But Dalí is not the only one searching for Skadi. An alien presence hunts the terrorist as well, taking over Sumner’s body to ensure Dalí’s cooperation. With their team on the other side of the solar system Dalí must depend on this questionable ally to complete the mission, which takes a deadly turn when an old nemesis resurfaces.

If there is any chance for a future with Sumner and their chosen family, Dalí must exorcise the demons haunting them, or they will burn in the heart of a star.

About the Series: A diplomat turned galactic operative risks everything to bring in the terrorist who shattered their life.

Get It At Amazon

E.M. is giving away a $10 Amazon gift card with this tour: The flint-blue curve of Earth filled the transparent alloy of the windshield. Even gravely wounded, humanity’s ancestral home was breathtaking. Phantoms of arid golden continents haunted breaks in the heavy cloud-cover; oceans glinted like winks of mercury in Sol’s light. The atmosphere was beginning to clear, but it would take the surface longer to purge the toxic aftermath of war and pollution from soil and sea

How in the seven hells did we manage to fuck up a whole planet?

“Prepare for drop,” Sumner murmured into his headset. I braced myself.

The magnet released us. Sumner fired top thrusters to quickly maneuver the ship away from the hull and we floated free. “We’re clear.”

“See you soon,” Ozzie said. Thunder Child left us in her wake, heading off to complete the surveillance mission. Sumner throttled the little craft into motion and carved an arc in space, putting the planet behind us.

And there it was.

The moon’s disc swelled before us, painted in silver and ash. In the nightfall of Earth’s passing shadow, the lunar plains of Mare Nubium sparkled with lights, and at the southern horn of the penumbra’s crescent, where light and darkness embraced, lay the place I once called home.

“Have you ever been to Luna?” My uneven voice betrayed the winding tension inside me.

“No.” Sumner glanced at me, but I kept my gaze on the moon, unable to meet his eyes. “I’ve only been to the major space stations before Mars. Where did you live?”

“Kepler. You can just make out a hexagon of complexes north of the crater.”

“The apex dome, Galileo, is where the Capitol is. The University is under Kepler, at the middle left. That’s where … where we … “

Memories lay bitter and sweet on my tongue, the ache in my throat a hot coal. Oh, coming back was such a bad idea.

“The—” I coughed to clear the suffocating thickness from my voice. “The old city is in the industrial complex at the bottom of Bullialdus Crater, that cluster of rectangular structures near the shuttle port.”

A sparkle of transparent alloy and steel caught my eye as we got closer. My palms grew damp.

Luna Terminal gleamed against the void of space. Intact, as if the explosion that shattered the Earthward docking arm and killed so many innocent people had never happened. As if my heart was still whole and strong, not the bruised piece of meat thudding too fast in my chest.

The restored line of windows where Gresh and ‘Sida once stood to bid me goodbye were blank and flawless. Empty.

The spring-coil of anxiety suddenly exploded into shards and hollowed out my insides. I forgot to breathe, my white-knuckled fingers clenching the edge of the jump seat.

Fuck Kiran Singh. No matter what Mother England wanted to tell me, I should never have agreed to come back.

My breath ran shallow in the heavy gravity of blind panic. I fumbled with the stiff buckle of the five-point harness.

“Dalí? You okay?” Sumner’s quiet voice cut through the noise in my head.

“I can’t … ” The clasp wouldn’t give, my sweat-slick fingers numb and buzzing. “God damn it! I need to get out of the cockpit.”

“Hey, hey.” He extended his right hand and gently laid it over mine where I scrabbled at the release. “We’re in Three. Where are you going to go?”

I gave up trying and gripped his hand, pressing it against my chest.

I drew in a shuddering gasp, filled my lungs with air, and just as unevenly let it out.

The second one was less painful. “I’m sorry,” I managed to wheeze. “I didn’t think it would hit me this hard.”

“You thought you were prepared. You weren’t. Not yet.”

His hand was warm, and I hugged it like an anchor against the free-fall of chaos. I didn’t let go until my breathing was closer to normal and I knew I wouldn’t fall apart. His touch calmed me, and at the same time it created a ripple of longing I wasn’t ready to deal with. That was finally what made me let go.

“Thank you,” I mumbled, releasing his hand with a sheepish press of gratitude, and scrubbed my wet eyes with my palms. It was the first episode in months since I’d started the meds. I was fiercely glad Thunder Child was out of our implanted coms’ range and my teammates had not been remote witnesses to this meltdown. “I feel ridiculous.”

“Never feel that way.” The gentle admonition made me glance up and meet his eyes. Aquamarine sparks snapped in the depths of his irises as he held my gaze. “What you witnessed can’t be processed all at once. It comes out in pieces because it’s too much.”

“That felt like a huge chunk.” But the empty space had begun to collapse on itself. The void softly filled with a new substrate and covered the scree of old trauma as we stared at each other. Once again, Rion Sumner showed me the side I wanted to know better, and I desperately wanted to know it when I wasn’t a fucking mess he had to prop up.

“Port Armstrong to approaching vessel.” Three’s com blared as Luna Station’s control center registered our presence. The emotionless mechanical voice in our headsets startled both of us. “Verify identity and destination.”

Sumner toggled his mic with what I swore was irritation. “Port Armstrong, Midak 3 requesting approach.”

The instrument panel came alive with lights and coordinates. Auto-piloting sequences blinked suggestively on the data screen. Of course, Sumner chose to pilot Three manually, our moment of connection sublimated into preparation to enter lunar airspace.

I silently cursed the cock-blocking AI running the tower and sat back to watch him guide our little craft into the deep well of Bullialdus Crater, a bright path of syncopated flashes leading us into the underground terminal. The small, rocking thump of landing sent a shiver through me.

Luna. The people who had made it my home no longer existed, yet here I was.

Elisabeth “E.M.” Hamill is a nurse by day, unabashed geek, chocoholic, sci fi and fantasy novelist by nights, weekends, and wherever she can steal quality time with her laptop.

She lives with her family in the wilds of eastern suburban Kansas, where they fend off flying monkey attacks and prep for the zombie apocalypse. 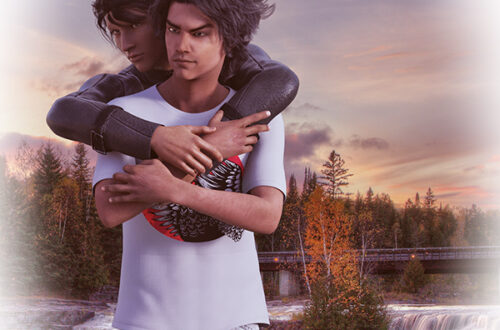 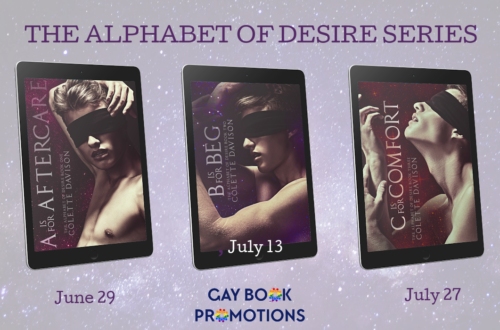 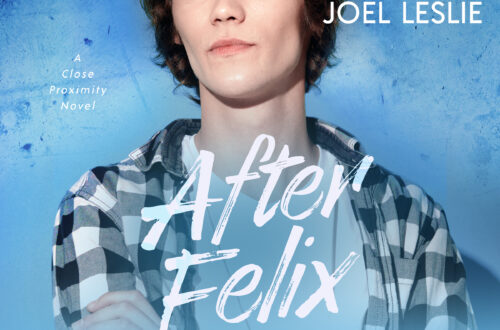