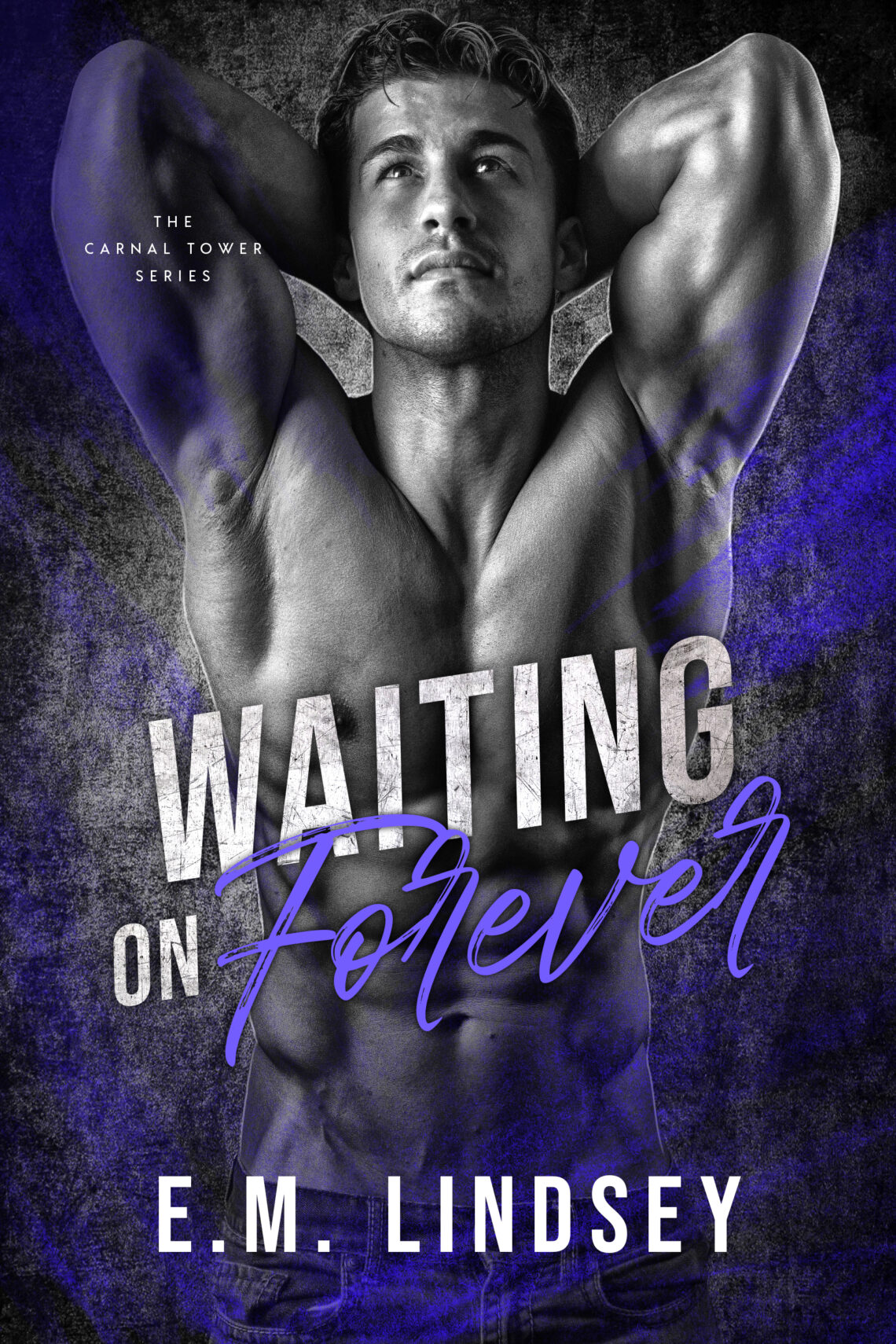 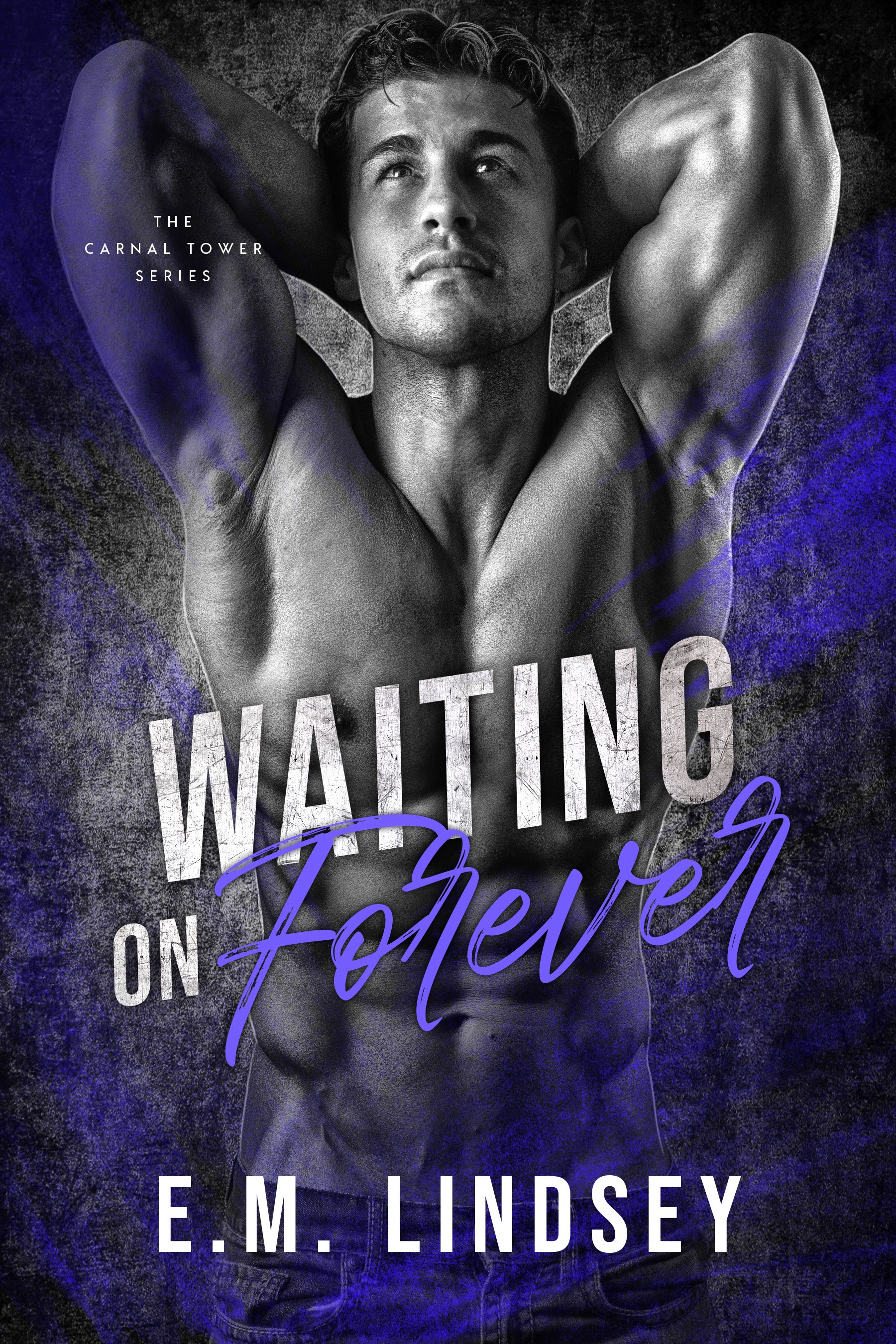 “Heat cannot be separated from fire, nor beauty from the Eternal.”
-Dante Alighieri

Of all the Sins, Sloth is the most deceptive. A baby face and a disarming smile hides the dangerous pleasures lurking beneath.

Jet Denton has always been the sort of person who knows what life will offer.

Blinded as a teen, Jet quickly accepted that life was what you make of it, and that’s how he handles all his clients: delicate care at arm’s length, with a power he relinquishes to no one.

And then he meets Taylor.

There shouldn’t be anything special or appealing about the nervous photographer, but Jet can’t seem to stay away. Taylor is everything he’s ever wanted, and it’s in those still, quiet moments Jet realizes that for this man, he may just be willing to wait forever.

Waiting On Forever is the second book of the Carnal Tower series. It features a man of utter indulgence who brings his clients to their knees, a photographer who is just about done with every screaming child that ever crossed his path, a cat named Thursday, comfort snacks, and the steamiest happily ever after.

** Some brief violent content occurs – may be triggering to some individuals. 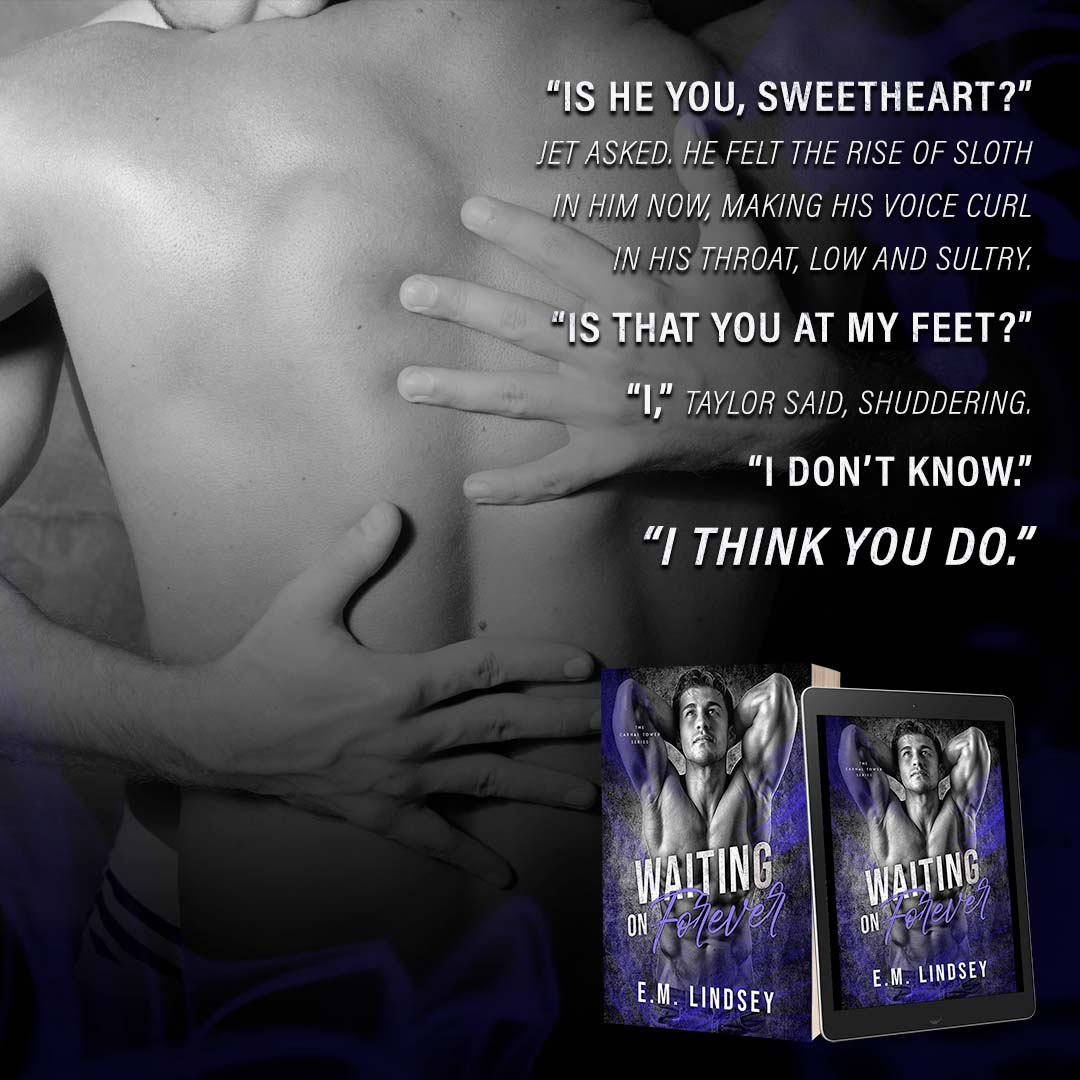 “I like your cat. I thought we established that,” Jet told him with a small laugh.

Taylor grinned in spite of himself. “Liking him is one thing. But living with him? I mean, you told me how you need things a specific way.”

“I do,” Jet said slowly. “Like, he’ll probably need a bell so I don’t break my neck when he comes running at me. And I’ll need to adjust because I was never allowed to have pets growing up. But…are you sure you’re ready to talk about this right now?”

Taylor dropped his hand and frowned. “You don’t sound freaked out,” he accused.

Jet laughed again. “I’m not. I was telling you the truth when I said I wanted to keep you with me forever.”

Taylor bit the inside of his cheek and tried to remember the exact words Jet had used. It was definitely something like that, but he assumed they were spoken in the heat of the moment.

“Too fast?” There was a note of fear and vulnerability in Jet’s question that made Taylor ache.

“I don’t know. I don’t know what is or isn’t,” he admitted. “I just know that I like you more than I have ever liked anyone, and I’m terrified I’m going to fuck it up.”

Jet was silent a while. “When can you get here?”

Biting his lip, Taylor glanced at the cat, then at the table where his computer was sitting. “I still need to look over the contract.”

Jet said nothing for a moment. “Then do that, and I’ll meet you before you sit with Stone and go over everything. Unless…you changed your mind, and you don’t want to—”

“No,” Taylor interrupted in a rush, his dick already twitching again at the thought. “I really want to.”

Jet chuckled, the sound low and dark and seductive. “Then read your contract and don’t make me wait too long.”

Taylor nearly moaned at the command, but instead, he took a fortifying breath and nodded in spite of the fact that Jet couldn’t see him or feel the motion of it. “I will. Talk soon.”

He hung up before he could get dragged into further conversation, then grabbed an apple and plopped down at the table, preparing himself for something he never in a million years thought he’d be doing. 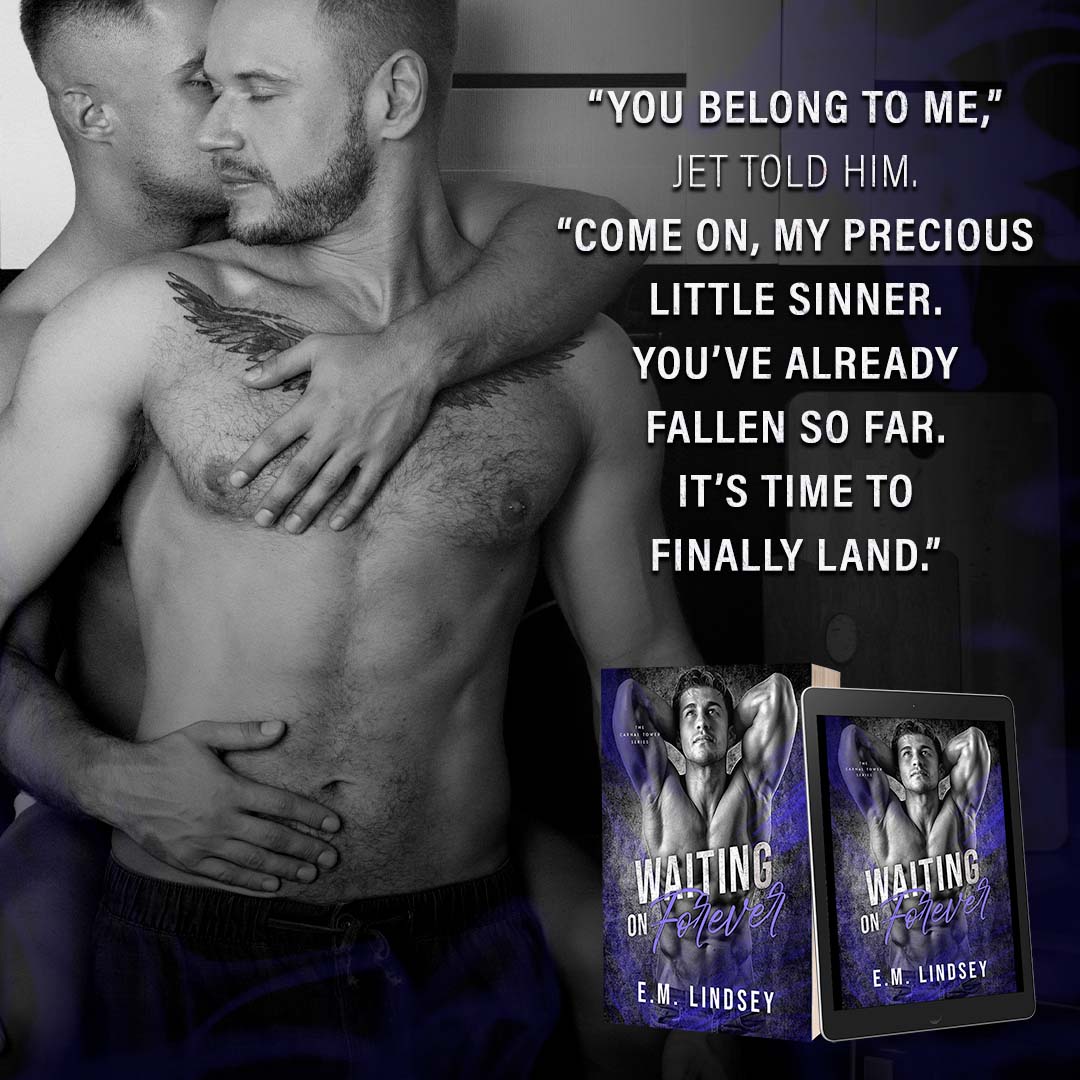 One of Five eARC’s for Waiting on Forever 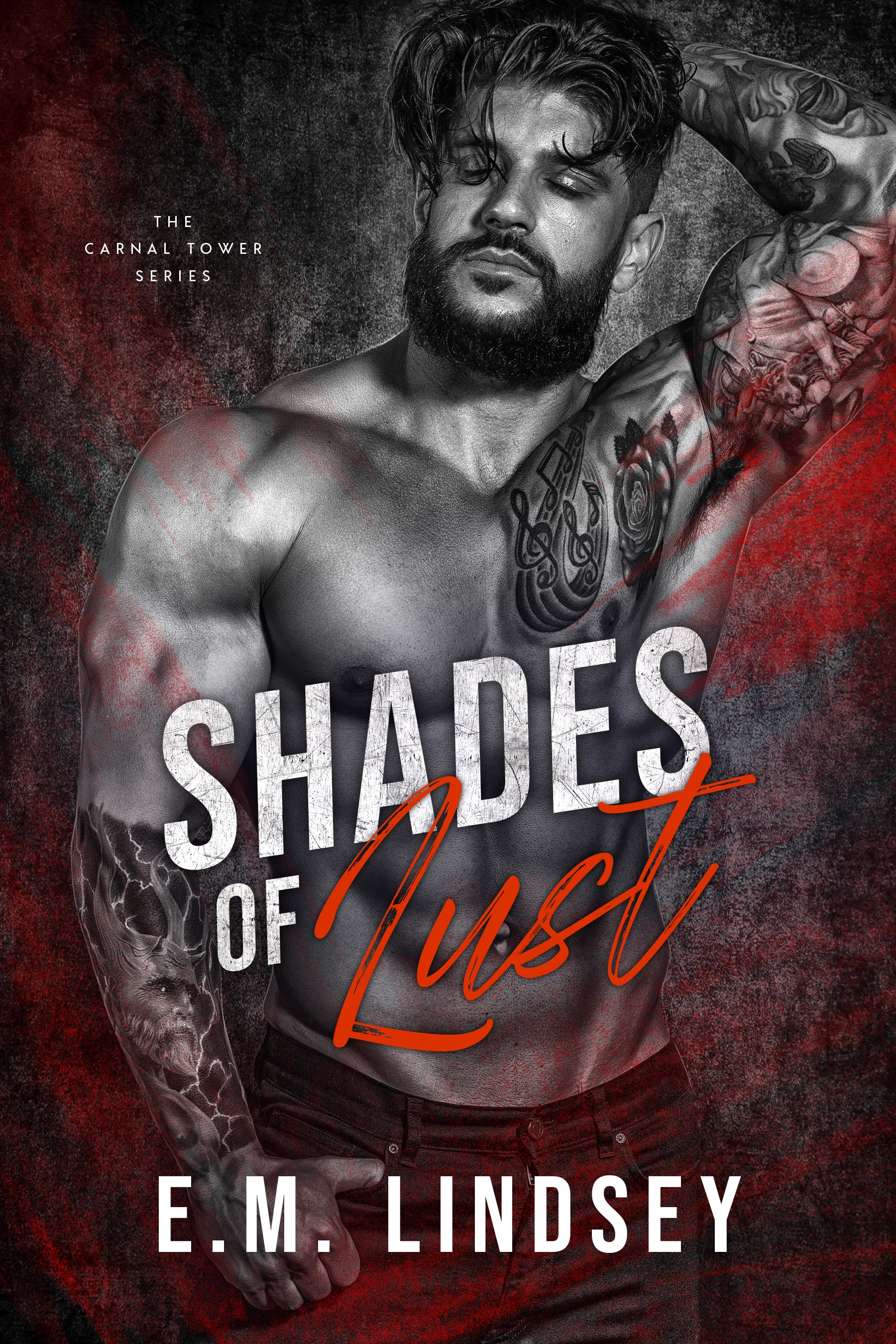 E.M. Lindsey is a non-binary, MM Romance author who lives on the East Coast of the United States. When they’re not working, EM is spending time on the beach, kayaking, swimming, and playing with their dogs.

FLICKer: We Are Animals 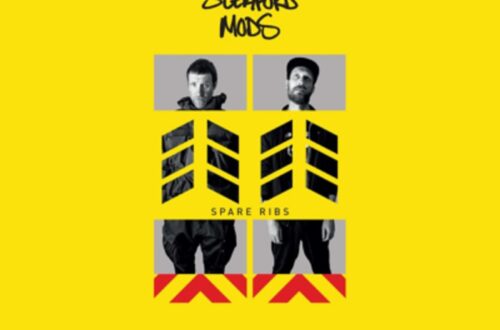 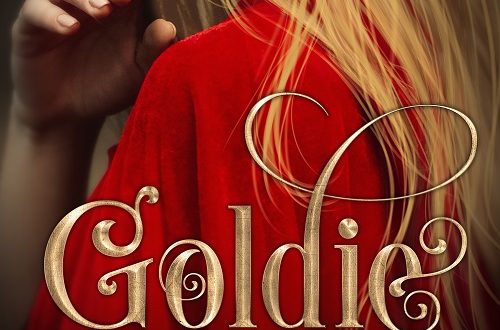