Dominic “Bull” Walker is used to the simpler things in life. Give him his own land to work, a strong horse, and twelve hours of daylight, and he is a contented man. But when someone threatens to take away the successful ranch that took him two years to rebuild, he’ll accept any help he can get to defend it.

Mandel “Fox” Tucker is a sixth-generation SWAT soldier. It’s embedded in his bones to protect and serve his community. So when he gets word of the vandalism occurring on the Walker Ranch, he quickly volunteers the free time he has, thanks to his recent suspension.

The brief visit Fox had with Bull four months ago had been a contentious—but powerful—encounter. Therefore, he’s not surprised when he shows up on his doorstep unannounced and has to pull out some of his best tricks to get past the six-foot-four, stubborn Texan.

Fox is only there to safeguard what’s most important to Bull. But being on the ranch brings an awareness to him that he embraces with both hands. Nature, peace… love—things he never found in the city.

This book contains the love story of two new characters. It is a part of a series but can be read as a standalone.
There are no multiple pairings or sharing. Ends in a very HEA.

Slumpy days are here again. I’ve been struggling with several books from big-name authors. Let’s hope this new Nothing Special installment does the trick. So far it had a couple of LOL moments a few chapters in. Really promising.

Clover is an orphan and has led a tough and chaotic life. No stability. No money. No friends. He trusts no one.

His already miserable life takes a nosedive when he ends up in the hands of a human trafficking gang. Someone has placed a request for a young albino man, and Clover is to become the property of a mysterious buyer who will stop at nothing to satisfy their depraved desire. Clover’s fate seems sealed until four bounty hunters appear to take out his captors and accidentally save him.

The four mercenaries want to move on, but when Clover pleads for protection, they offer it to him at a price. In the beginning, the arrangement is all kinds of shady, but as he gets to know the four men who’ve taken him on a wild ride, his developing feelings might become as dangerous as the elusive buyer.

But can a relationship with four such different men even work? Men who kill for a living? Men so full of contradictions?

Tank. The massive ex-soldier eager to be Clover’s Daddy.
Pyro. Wild, tattooed, with a filthy mouth and an itch for violence.
Boar. Ginger, bearded, a big teddy bear who can turn into a grizzly.
Drake. Dark and dangerous, with a tongue as sharp as his knives.

Can these men provide him with the love and security he craves? Or has Clover made the worst mistake of his life?

I’m not too keen on their writing style but this was a surprisingly enjoyable K.A. Merikan. A poly romance no less.

Today we got two books bursting with testosterone. Both feature MCs with funky nicknames who know their way around guns. The current read is about a ranch owner and a SWAT soldier in an antagonistic relationship. There are also some serious opposites attract vibe simmering between them. The former read is about a band of mercenaries who rescued/abducted a young albino man. He had a different kind of dynamic with each of them. It also touches upon themes of friendship and found family. Both books have elements of action, suspense, crime, and mystery. The current book is more humorous while last year’s had a darker more erotic feel to it.

Fox & Bull is the 8th book in the series. Titular Fox and Bull had met before in the epilogue of the previous book. The mutual attraction was strong but Bull was determined not to fall for the wily Fox’s charms due to his painful past. Fast forward to the present day, somebody threw a brick through Bull’s window. Who showed up to investigate but none other than the man of his dreams. Yep, the big dork’s been literally dreaming of the SWAT soldier ever since they met. .

Early on, I could already tell this is going to be good. It has all the A.E. Via swag we all love. The humor, the alpha-male posturing, the action, the sizzling romance. The book opens with a hostage situation showcasing Fox’s skill with a rifle. There are some page time for old characters, specifically SWAT Captain Hart and his boyfriend, hacker Free. Then Fox volunteers to investigate the incident at the Walker Ranch. As predicted, he butts heads with the stubborn, taciturn owner who keeps him at arm’s length. Fox couldn’t be deterred. He’s dead set on catching the cowboy.

Their Bounty is the series opener of Four Mercenaries. Brothers-in-arms Tank, Boar, Pyro, and Drake find a young man chained to a wall during one of their missions. Clover is a much-sought-after commodity, being an albino, so he quickly negotiated safe passage to another city under the protection of the four in exchange for his body. This set-up turned out to be more than what all of them bargained for.

This story deals with Stockholm Syndrome, human trafficking and experimentation, and BDSM. It could have easily been too dark and heavy. What made it work was there is a good balance between the plot, the sex, the action, the group dynamics, and the individual relationships. The mercenaries are, if I remember correctly, ex-military, who rendered their brand of justice. Tank is the leader who became the protective Daddy, Boar and Pyro are a couple who found their missing piece, and Drake, well, he’s not as easily impressed as the others. Clover had to work hard to win him over. Drake is so worth it. He’s my favorite.

Human menageries are a novelty worth getting mix up in but I’m more excited to see a fox take his stubborn cowboy by the horns.

Wolf
Desire: What Wolf struggles with from the moment he sees Spencer Hawkins the first day of college.
Fear: Not a word in Wolf’s vocabulary except when it comes to facing his feelings for Spencer.
Lust: What he gives in to that changes everything between them. And his life forever.
Denial: Something Wolf is all too familiar with—denying who he is and who he wants. It’s better this way, even if it’s tearing him and his friendship with Spencer apart.

Spencer
Hide: What Spencer does best. He hides from everyone, especially himself and the crazy attraction to Wolf he can’t shake.
Walls: Spencer throws them up to protect himself from all the hurts life heaps on him—his mother’s death, his father’s indifference, and the men who share his bed and walk away.
Betrayal: Not by just anyone. By Wolf. The one man he can’t forget. Or forgive.
Want: Spencer wants to live in the moment, but he can’t stop thinking about that night. And it doesn’t help that he and Wolf keep knocking heads…and locking lips.

Love: What these two idiots need to realize is happening between them. What started out as their ugliest regret could end up being the most beautiful mistake they ever made.

I don’t particularly care about Spencer but this is Wolf’s book too. He’s the best character out of the four friends in the Second Chances series. I might skip the second book and just start on this. Sad to say, Book 1 is a snoozefest. 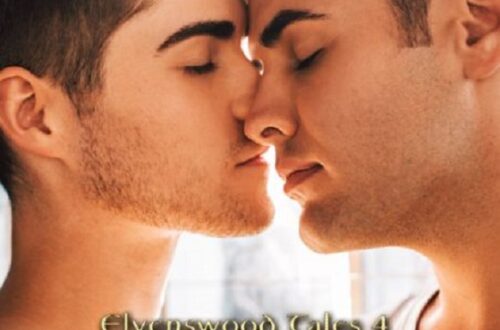 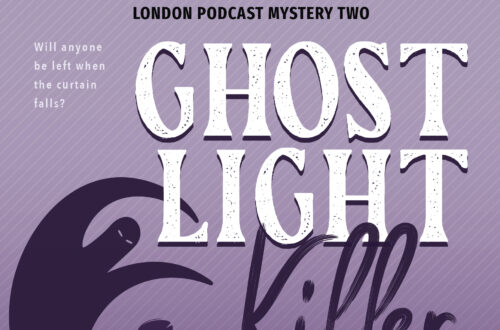