“Some people are so low, they gotta look up to see Hell.”

“Some people are so low, they gotta look up to see Hell.”

The death of Thomas Reis continues to ripple through the lives of those connected to his case fourteen years later. Andrew O’Donnell and Lawrence Boggs have already fallen, but three more pick up where the others left off, and each for his own reason.

One believes in justice, the second loyalty, and the third desperately seeks a reason to live. All three, however, share the same final end game; Retribution.

“I’m glad I caught you before you left then. I’m truly sorry.” He bowed his head. “I held your husband in the highest regards.”

“He respected you, too. Can I get you something to drink? I’m afraid I don’t have much. I’ll be leaving in the next day or two, but I think I have some orange juice, and I just made a fresh pot of coffee.”

Norrma led him into the kitchen and sat down at the table, one of the few pieces of furniture left behind until the day she left. Various paperwork lay in little piles on the table, some it from the landlord, and others from the movers, bank, and relatives who’d sent cards.

“Lawrence’s funeral was this past weekend, then I insisted the kids head back to school. I know they wanted to stay with me and help out here, and maybe it was cruel to send them away, but I think staying busy and being around their friends will help them more than being here right now.” She sniffed. “Lawrence would have insisted they get on with their lives as soon as they could. ‘Death,’ he told us many times, ‘is a natural part of things. Living is for the now. Mourning can always be done later.’ He always made sure we knew exactly how he felt. None of us had to guess whether or not he loved us.”

Joe nodded. “His directness is something I appreciated immensely.”

She took a sip of coffee. “The police came, had a look at his case files, and couldn’t really make heads or tails out of them.” Norma chuckled. “Lawrence always had a unique way of organizing things in life that sometimes only he understood. I packed up what they didn’t take. Honestly, I think they confiscated a few things here and there just so it looked good in their report. I don’t believe they’ll ever find anything, though. Nobody really understood what Lawrence worked on, not in the big picture way.”

Joe grinned. “I know the type. Law enforcement through and through. Takes one to know one, I guess.”

“That’s what I was thinking.” She peered down at her cup. “Do you know what might have happened to him?”

“Maybe.” Joe leaned in. “I sent somebody down here from Iowa, a young man named Andrew, who was looking for a case file I’d loaned Lawrence. Honestly, I figured things would go one way, and Lawrence would swat the boy on the ass and send him back home. Turns out the kid had a way about him, and I think they started working together. This tells me Lawrence was already working on a case and they somehow connected, or he found a use for Andrew.

“The problem is, I don’t have a lot to go on. Something isn’t feeling quite right. The parts aren’t adding up, only I’m not getting a big enough glimpse of the picture.” Joe leaned back in his chair. “I need a bit more.”

“Would these help?” She reached under the stack of folders and paperwork, pulled out two large envelopes, and handed them over.

Anybody who knew Lawrence would recognize his handwriting in a heartbeat. Same perfectly shaped letters. Same size. Unmistakable. And the words written on the front? JOE MURPHY.

Joe’s head cocked to the side. Curiosity? Disbelief? Both? And then she saw something else, a tensing in the man’s posture and narrowing of the eyes.

Joe hefted the two envelopes in his hand. “Lawrence left these for me?”

The lump in her throat returned. “That’s why I was hoping you’d come. I think he knew what he was working on might not end well, and he once told me if anything ever happened to him, you’re the only one he trusted to look into it.”

She watched the man run his fingers across the surface of the envelopes, across his name.

“You didn’t give these to the locals?” he asked. “Or show them?”

She shook her head. “Lawrence trusted you. I’ll put my trust in you before them, too.”

“I don’t know what’s in these.” Joe patted the top envelope. “I can’t promise anything.”

“Don’t expect you to.” Norma sat up straight. Strength. Maybe a little pride. “Maybe one promise. Someone took away my husband, my children’s father. Someone took our love, my happiness, and future. Whoever it is ain’t no better than a roaming, rabid dog, and those kinds of dogs get put down.”

The Fourth Time Is The Charm
by
Kristoffer Gair

I’m in the process, at least as of this writing, of putting together some material for an online workshop about world building. Why? Because I went and did it…that whole world building thing. I didn’t mean to. Honestly, the first Falling Awake was a novella, and meant to be a one-off story. Nothing further. Seventy pages of story never meant to be anything more. Well, the joke was on me. A Science Fiction author friend of mine builds worlds by mystique. I do it by mistake.

First, allow me to say Falling Awake IV: Retribution doesn’t find me dipping my toe back into the world of Daniel and Tam, the two whose stories I told and completed in Books 1 and 3. I’m happy where I left them, and there was no need to for anything further from them. BUT… There’s that elusive but. In writing Falling Awake II: Revenant, I surrounded the character of Andrew with a couple of secondary characters who I really, really liked and came to see potential in. I wanted to know more about them, only the story in the second book didn’t allow for expansion.

The thing with secondary characters is they’re in a story to serve a specific purpose. They have information the main character needs or serve as a device, then we get to leave them behind while the main character continues on. Andrew meets Frank, a police officer in the small community where he spent some very traumatic time in his childhood, and they develop a relationship. That relationship became an arc in the story I didn’t see coming, and Frank became more important than I’d intended. I even brought Frank back in the third book just so we could see what happened to him many years later.

It occurred to me I left Frank in a very, very precarious position at the end of the second book. I’d also introduced us to Joe Murphy, a retired police captain who works cold cases, and who ultimately sends Andrew down to Waco where… Well, you either know what happened to Andrew then or you don’t. Suffice to say Joe would wonder what happened. Then there’s Captain Roy Girard, who Frank takes Andrew to meet for information about a 14-year-old unsolved murder case.

I still wanted to know more about these characters. What would Joe do when he discovers two people he knew might have met a less-than-stellar ending? What if he went down for a little look-see? What if what he found somehow linked back up to the murder he and Roy never solved fourteen years earlier? Would he take the case on? Would he enlist Roy’s help? And Frank? Only, what if Frank is a complete and total mess after having lost Andrew?

Joe Murphy is coming to terms with his age and mortality, Roy has a strong sense of loyalty, and Frank needs a reason to live. Together, the three set out to hunt two murderers in the hopes the journey will somehow make them whole again.

That, to me, is a story I wanted to explore. I felt it was also different enough to take a chance on writing without repeating what I’d already accomplished in the first three books. You know what? I got to spend a little time with characters I’d come to know in the second book, and get to know them even better. They’re good company.

Kristoffer Gair grew up in Fraser, MI and is a graduate of Grand Valley State University. He is the author of 8 novels—some written under the pseudonum Kage Alan—been a part of 6 anthologies, and currently lives in a suburb of Detroit. 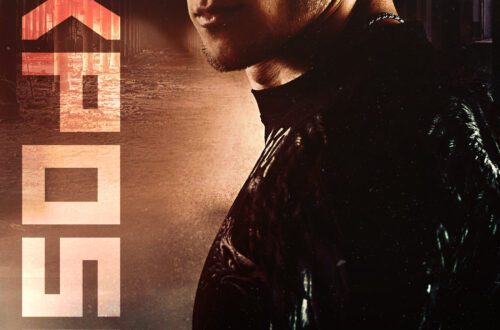 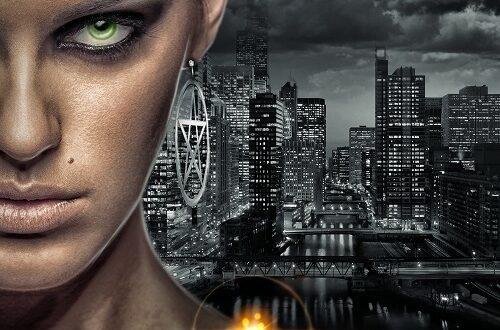