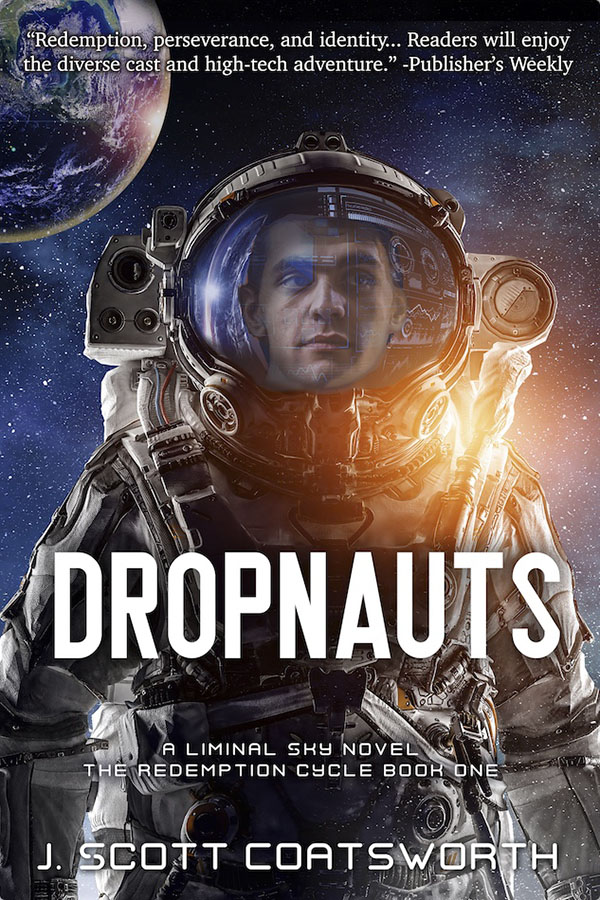 J. Scott Coatsworth has a new diverse sci-fi book out in his Liminal Sky universe: Dropnauts. And there’s a giveaway!

Life after the Crash.

Over a century after the end of the Earth, life goes on in Redemption, the sole remaining Lunar colony, and possibly the last outpost of humankind in the Solar System. But with an existential threat burrowing its way into the Moon’s core, humanity must recolonize the homeworld.

Twenty brave dropnauts set off on a mission to explore the empty planet. Four of them—Rai, Hera, Ghost and Tien—have trained for two-and-a-half years for the Return. They’re bound for Martinez Base, just outside the Old Earth city of San Francisco.

But what awaits them there will turn their assumptions upside down—and in the process, either save or destroy what’s left of humanity.

Scott has a Rafflecopter giveaway with this tour: Rai sweated inside his suit, white-knuckling the arms of the retrofitted launch chair under his suit gloves. He watched the Zhenyi’s launch countdown clock.Sixty, fifty-nine, fifty-eight…

Outside he was calm, but inside he vibrated like an erhu string, his stomach doing acrobatics in his chest. I’m not ready.

Five teams of dropnauts had strapped themselves into their jumper ships, prepared for the ascent from Redemption on the lunar surface to Launchpad station. Outside his porthole, the blue-green marble of Earth beckoned.

Rai cast a nervous glance at his three teammates. Hera was doing her preflight check, her back to him, sweat dripping down the umber skin of her neck from her short-cropped, curly black hair.

Behind him on his right, Tien’s eyes were closed, and she was still as a golden statue. Zen.

He turned to find Ghost looking at him from behind. His ex grinned, running his hand through his lanky, dirty blond hair, his green eyes twinkling. His skin was as white as Rai’s own, but with a dusting of freckles over the bridge of his nose.

Rai managed a pale imitation of a smile back. –It’s totally safe.- Ghost<’s voice pinged in his head, em to em.

–Sure. Easy for you to say.- Ghost had never feared a thing in his life.

Rai sighed. If he had to, he could take the small ship apart and put it back together with his bare hands, a skill learned under Sam’s supervision—the mech was as harsh a taskmaster as any human Rai had ever worked for. Still, he felt like puking. The speeches and adulation of the farewell celebration were over, and now his doubts circled like vultures. I’m not ready.

-You’ll be ok.- Hera<‘s determined voice this time. She turned to squeeze his knee, and then fired up the Zhenyi’shydro-fuel engine. He flashed her a sheepish grin.

A hundred meters away, the Bristol’s takeoff shook the landing pad. Rai watched it rise, carrying Dax, Jess, Ola, and Xiu Ying, the London team, toward the bright stars above. The jumper’s expelled water froze almost instantly, falling as snow over the snaking lava tube that held the city of Redemption. A lunar blizzard whipped by them and shimmered into nothing.

Rai closed his eyes, remembering the night before. Jess, laughing and dancing with him at Heaven, the clear dome of the lunar sky sparkling above them, the heavy beat of the thromb club pulsing through his chest. Dancing like no one was watching.

He rubbed his jaw. It still ached from the fist he’d taken to the face. Wild party. And a wilder night with Ayvin, the jack he’d picked up at the club.

“Zhenyi, ready for liftoff in T-Minus ten seconds.” Sam’s voice, coming from Team Five’s ship, the Liánhuā, was cool and collected. Did the mech feel emotion, like the nausea that was boiling in Rai’s guts? His teammates were strong, smart, and prepared for anything. I can do this. Besides, it was too late to back out now.

“Affirmative.” Hera shifted in her seat, her biframes stretching her paralyzed legs for her.

“You’ll do okay, tiger.” Ghost elbowed him in the ribs.

“Leave him alone.” Rai could hear the icy frown in Tien’s voice.

He closed his eyes, willing his stomach to calm. Here we go. Nothing he could do about it now.

“Three, two, one… hang on.” Hera fired the engines, and the craft lifted on a cloud of steam into the star-filled skies of Luna.

Rai squeezed his armrests again as G-force pushed him hard back in his seat. He was committed now. Poppies, Chinese Houses, Fiddlenecks, Baby Blue Eyes, Yellow Pansies, Star Lilies… Reciting the flowers of the old San Francisco basin helped soothe his abraded nerves as the rumbling of the little craft rattled his bones.

He opened his eyes to see Redemption receding below them. The great lava tube was striped with sparkling bands of solar receptors that let sunlight into the city below. Rail lines snaked out from Redemption to the transit center like roping vines—to the seed launcher at Copernicus Crater, to Renewal colony, and beyond.

As the city shrank below them, his fear turned to sadness, a lump forming in his throat. He’d taken his home for granted, enthralled by the idea of joining humankind’s greatest adventure in a century. Now he might never see it again.

The hydro rocket thrust them up out of Luna’s gravity well into naked space, toward the bright blue skies of the empty Earth above. Rai stared at it, that enigmatic ball in space which no one had visited in over a century. What secrets are you hiding?

The roar cut off as quickly as it had begun, leaving the Zhenyi drifting upward in silence as they slipped out of Luna’s grasp.

Hera’s hands flew across the deck, swapping the launch controls for navigation, and nudged them onto a new course following the Bristol toward the Launchpad.

Rai let go, his breath coming out in a heavy sigh.

“See? That wasn’t so bad.” Ghost unbuckled his seatbelt and stretched, yawning as if he didn’t have a care in the world.

God, he’s beautiful. Pale as his namesake under his mop of dirty blond hair, the engineer’s thick arms were just a suggestion under the bulky suit, but Rai could still see them in his mind. Ghost’s well-toned muscles, the smell of his skin after—

“You okay, buddy?” Ghost was staring at him, one dark eyebrow raised in concern.

Rai bit his lip and looked away. “Just nervous. Wondering if we’ll ever make it back home”

“Hey, if things go well after the drop, maybe you and me could open the first Earthside bar since the Crash.” Ghost leaned over him from behind to stare at the Earth through the porthole, his cheek close to Rai’s.

“That’s crazy.” But his spirits lifted. It was idiotic. And just the distraction he needed.

Ghost sank back into his own seat. “Every outpost needs a good bar where the colonists can blow off a little steam, right?”

Rai laughed in spite of himself, warming to the idea. “We could call it ‘The Frontier’.”

“Best beer this side of the planet.””

Rai snorted. Just like old times. He hadn’t forgiven Ghost, though. Not yet. He looked down at his gloved hands, emblazoned with the leaf-and-orb of Redemption’s space service.

Things had ended badly between them—crash and burn bad. Still, they’d be too busy the next few weeks to think about anything but the drop. The survival of Redemption and the remnants of humanity depended on them.

He could let it go. I have to. He’d managed the launch, after all. I can do this too.

Ghost squeezed his shoulder and closed his eyes, touching his temple and bobbing his head to a song only he could hear.

“You’re stronger than any of us. Hera had told him that the night before. Still, he didn’t feel strong.

He looked out of the porthole again at the Earth—the same view they’d had from Heaven. And yet somehow, it looked different. More real.

He touched his hand to the porthole. Even through the glove, it was cold. We’re going home. Scott lives with his husband Mark in a yellow bungalow in Sacramento. He was indoctrinated into fantasy and sci fi by his mother at the tender age of nine. He devoured her library, but as he grew up, he wondered where all the people like him were.

He decided that if there weren’t queer characters in his favorite genres, he would remake them to his own ends.

A Rainbow Award winning author, he runs Queer Sci Fi, QueeRomance Ink, and Other Worlds Ink with Mark, sites that celebrate fiction reflecting queer reality, and is a full member of the Science Fiction and Fantasy Writers of America (SFWA). 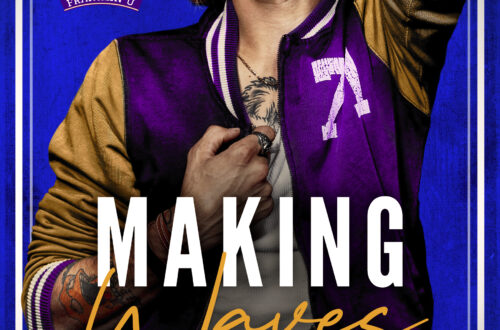 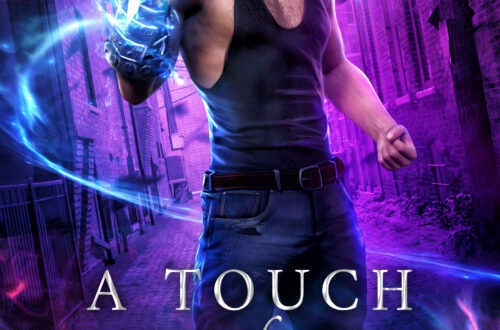 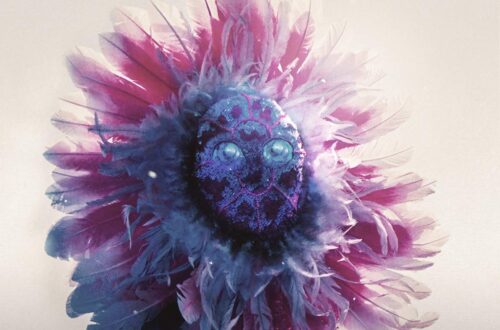