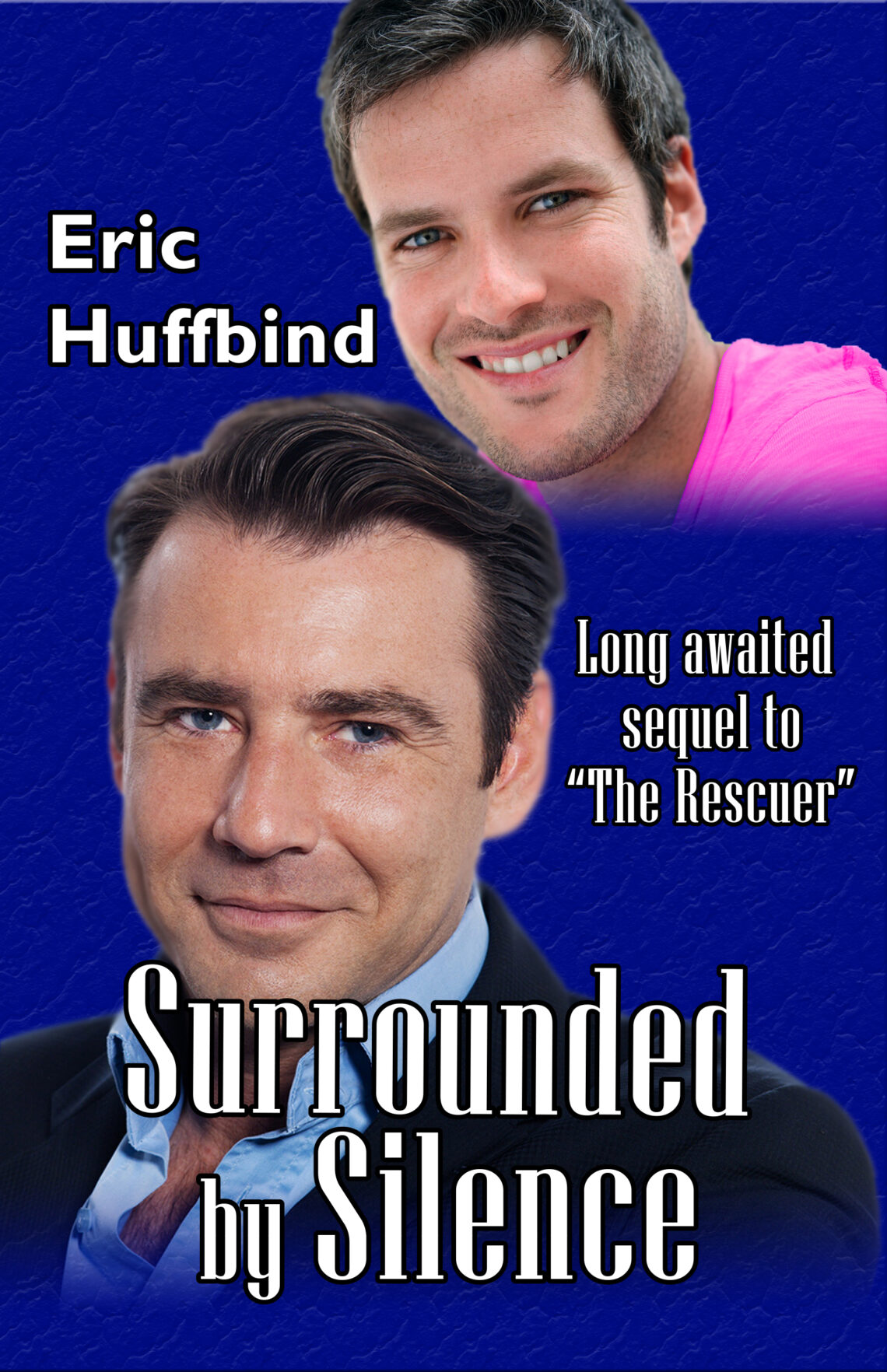 Themes: Learning what it means to be selfless rather than selfish.

This is a sequel to The Rescuer, but can be read as a stand-alone.

Lonely billionaire, Samuel Barron, has finally met someone he finds himself falling for, but can he handle a romance for a gentleman whose entire world is surrounded by silence?

After public humiliation, Sam Barron has come to the realization his billions can’t buy him love or happiness. Despondent and feeling like his life is in a downward spiral, he comes to realize he needs some professional help. Despite trepidations, Sam turns to Jason Parker, a social worker who at his heart, is a rescuer. Even though Sam had been so hateful towards him in the past, Jason can’t help but think Sam deserves to suffer. Jason tells Sam straight out, “You’re a spoiled brat without a shred of humility!”

Jason has deep concerns about helping Sam, but might be willing, if Sam volunteers at a soup kitchen. Grudgingly, Sam accepts Jason’s condition, and while performing his volunteer work, meets the flirtatious Noah Wagner. Noah is close in age, attractive, and Sam likes the way he feels whenever he’s around him. Noah is the first person Sam has known who is profoundly deaf. So, how is Sam to navigate a romantic interest with a man who can’t hear a word he says?

Surrounded by Silence, a Contemporary Gay Male Romance, is a sequel to Mr. Huffbind’s debut novel, The Rescuer. However, this book can be read as a stand-alone. If you enjoy a story where the villain becomes the hero, you will love Surrounded by Silence.

Sam stood up and walked towards the office door. He knew he was getting nowhere and felt defeated. Sam turned to face Jason. “If I told you I was sorry a thousand times…” Tears began forming in Sam’s eyes. “No matter how many times I apologize, it’ll never be enough! It will never be enough!” He grabbed the doorknob and started to turn it.

“Hold up,” Jason halted Sam. He was completely taken aback seeing Sam wracked with this much emotion. Jason was a rescuer, had always been a rescuer, and would always be a rescuer. He couldn’t help himself. No matter what, that was who he was, through and through. And now, somehow, Sam Barron was exposing his soft underbelly. Somehow, this bastard of a man had him starting to cave. Jason grabbed his ever-present nearby box of facial tissues and handed them to Sam, so he could dry his tears. “Please, sit down again.” Sam took a seat. “Look… as I said… I’m not comfortable with this. I need to talk to Christopher. This involves him as well. I don’t know how he’d feel about me trying to help you, and I’m still in a quandary if it’s right for me to even try to help you. I should at least ask Christopher how he feels about it. I’m still struggling with why you want me, of all people, to help you.”

“Because… I always want the best. I’ve always learned to trust my instincts, and my gut tells me you’re the best. Just name your price!”

“As I live and breathe, I can’t believe I’m going to say this to you out loud. Thank you. It’s nice to be valued.” He knew how important it was to all individuals to be validated, and in that respect, he was no different from the patients he cared for. Jason sighed. “And I can name my own price? I recall you have a habit of tossing money at issues as a way of resolving problems. Sam, being perfectly frank, I think you’re a spoiled brat!”

Sam became quiet, having to absorb harsh words about himself. Staring down at the floor, he said, “You’re right, I know. The thing is… I’d like to be a better person… earn your forgiveness for my actions… not just yours, also your husband’s.”

Jason snapped, “You were so cruel to me, and you wanted to control Christopher like he was your puppet, someone to serve your sexual needs.”

“I’m sorry. Like you heard me just say. It’ll never be enough. I said you could name your own price! How about five hundred dollars an hour?”

He pondered a moment. “Hmmm… Five hundred dollars an hour? That’s a lot of money. Let me think about it. I’ll talk to Christopher. Without his consent, there’s no way I’m going to allow myself to get involved!”

“Thank you. I completely respect your wishes, and wanting to talk it over with your husband, I can respect that.”

Jason inhaled deeply and slowly exhaled. “Sam… I will tell you this much. If you want to help yourself in trying to resolve all this anguish you’re having, as well as becoming a better person, the first thing you need to do is learn some humility. I can’t see you moving forward without it. You must learn humility. You need to think of someone other than yourself. My instincts tell me that’s a deep-rooted cause of why you’ve behaved so abominably in the past. I’m sorry if those words sound callous, but you have to start somewhere in this process. There are many in this world who don’t have the prestige and capital you’ve become accustomed to.”

“You don’t like to mince words,” Sam blurted out.

“If you want help, then you’re going to have to take a deep look inside of yourself. If you’re not completely honest, not just with me, but with yourself, you have no hope of pulling out of this emotional crisis you’re in.”

“What would you suggest I do to learn humility,” Sam asked, frowning.

“Volunteer. You should do some volunteer work. My suggestion would be to volunteer in a local soup kitchen, to work with people significantly less fortunate than you.”

“A soup kitchen?” Sam said with a pained grimace. “Don’t you think that’s a little beneath me?”

“No, it’s not a little beneath you… it’s enormously beneath you! That’s exactly why you need to do it, Sam. You have got to climb down off that high horse you are saddled on. I’m not promising I’m going to be able to work with you, but if you ever expect to become a better person, you have got to learn humility, even if I have to beat it into you. You’re going to have to throw yourself into the deep end of the pool. So, go out there and apply to volunteer at a soup kitchen. Let me have one of your business cards. I’m going to need a phone number to call you back at.”

Sam reached into his pants pocket and pulled out a billfold filled with business cards. “Can I have something to write with?” Jason was quick to hand him a pen. He scribbled down additional phone numbers to be certain Jason could get ahold of him. He handed over the business card. “Every phone number you could possibly reach me at is here. Thanks for your consideration. Now, I’ll excuse myself and let you get back to your work.”

“I’ll be in touch. You have my word,” Jason confirmed.

Eric Huffbind is a man of many talents. Over the course of his lifetime, he has worked as a Registered Nurse, a Travel Agent, and an Uber driver. He characterizes himself as a hopeless romantic and is the eternal social butterfly. Among his passionate interests are history, genealogy, romance books, and travel.

Although his novels focus on the romantic relationship of two gay men, regardless of your sexual orientation, his stories are meant to rekindle the spirit and euphoria of falling in love.

Eric is a lifelong resident of Southwest Ohio. Born in Cincinnati, Ohio, he currently resides in West Chester, Ohio with his husband Paul and their Pomeranian, Linus. 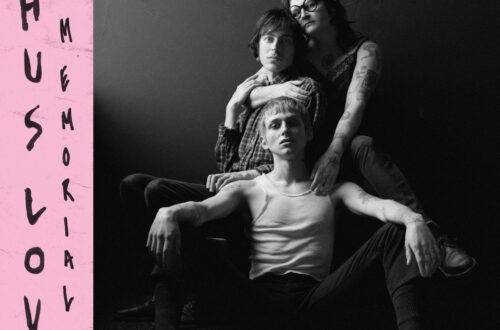 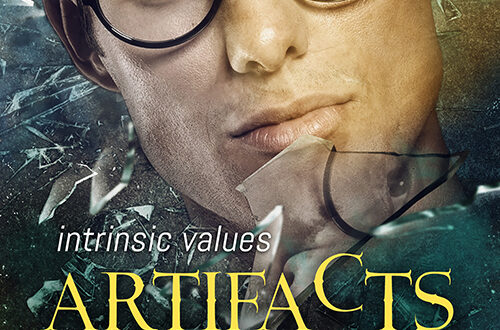 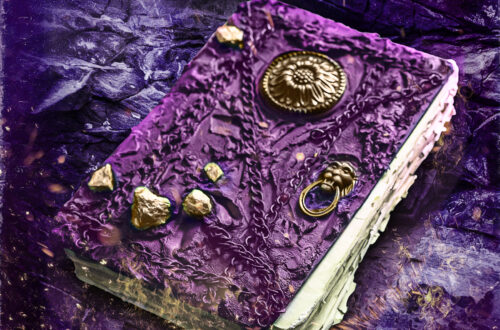