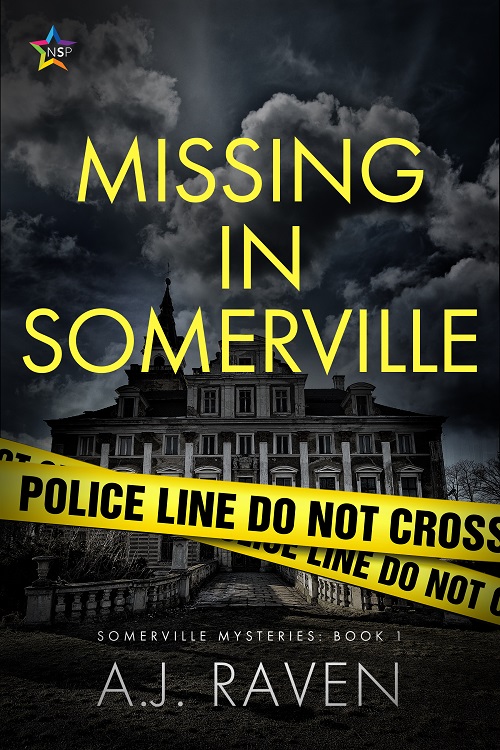 The young bride of the town’s wealthiest man is missing and rumors of her whereabouts are rampant. The whispers of her being killed by her husband and chatter about her running away sound like an interesting story for young Jerry Mathews to write to ensure a place in his school’s newspaper team. But peeling away the layers unravels a far more dangerous mystery than Jerry and his friends could have anticipated.

As if dealing with high school wasn’t already too much for him, Jerry has to quickly learn that a wrong move during his investigation could end his life.

“Jerry, wake up,” came my mother’s voice, the same voice I’d heard every morning for as long as I could remember.

“Eeeep, Mom!” I cried. I was in one of my smallest shorts and a vest. “This is so uncool!” I concealed myself in the covers.

“Well, it’s not as if I haven’t seen what you’ve got.” She smiled and winked at me. “Now get up, or you’ll be late for school.”

“High school, Mom!” I corrected her, rolling my eyes, ignoring the comment she made about having seen what I had got. “Not school.”

“Just get up, dear.” She smiled again.

She walked out of my room and down the stairs. Giving my body a good stretch and suppressing a yawn, I got up and went to the bathroom. I took a quick shower, pulled on a pair of jeans and a T-shirt lying on my bedroom floor, and looked at myself in the mirror. A five-foot-seven boy with black eyes, black hair, a not-so-deep cleft in the chin and wearing a pair of glasses looked back at me.

Not bad, Jerry Mathews. I had accepted the fact I wasn’t supermodel material a long time ago.

I picked up my backpack and went downstairs to the kitchen, where my parents were having breakfast.

Knowing him, I knew he was trying to make a joke even though he was always awful at them.

“Good morning to you too, Dad,” I answered, sitting down at the table between my parents.

“It’s not his fault!” said Mom, obviously mistaking Dad’s weird, so-called joke for something else. “I like waking up my child in the morning,” she continued, pouring me a glass of milk with a smile as I helped myself to some toast. “He’s the only one I’ve got. I want to spend as much time as I can with him before he goes into the world on his own.”

Mom and her attachment issues.

Dad must’ve been rolling his eyes. I couldn’t tell because his face was behind the morning newspaper he was reading. The rest of the breakfast went on silently as usual; we were one of those families who preferred talking more as the day went by.

“Well, I’m off,” I said, getting up and grabbing my backpack from the floor. “See you both later.”

“Have a nice day, sweetie!” Mom called as I reached the front door, followed by a weird grunt from Dad—his way of telling me to stay safe.

He had always been bad at showing his emotions, though Mom did tell me he was quite romantic. That was yet to be proven true as far as I was concerned.

I went out of our house and started walking toward school, taking in the familiar surroundings. I lived in a typical suburban neighborhood. Every upscale house on either side of the road had well-manicured lawns. A few houses had small apple trees. I saw a couple adults in suits getting into their cars for work. A group of five kids laughing at something funny rode past me on their bicycles on their way to school.

“Good morning, Mrs. Dave.” I waved at our neighbor across the street. The old woman smiled and waved back as she tended to the flowers in her front yard.

Yup! Life does look the same when you’ve been living in the same neighborhood since you were born, and that, too, with the same people around you. Even if you don’t want to, you’re still going to end up knowing everybody living in the neighborhood as time passed and force yourself to have a smile when you see them.

“I knew that was you walking,” said a voice from behind me. I recognized the voice, so I slowed down a little to let her catch up.

“Seriously, Jerry, you walk too fast!” said Ash as she reached me.

I smiled; people had always told me I walked fast and, well, a bit weirdly. Weirdly in the sense I, according to them, walked as if I was about to jump in the air after every step. But as far as I was concerned, I walked fine enough, thank you very much. Mom did tell me years ago my weird gait might be because I used to walk on my toes as a child, as if I were wearing invisible heels around the house. That never made any sense to me.

“Your father isn’t driving you to school today?” I asked Ash, pushing my glasses up my nose.

“Nah, he had to leave early,” Ash answered.

Ash or Ashley Burro-way and I had been friends since kindergarten. She had beautiful brown hair, perfect dark skin, and piercing green eyes. I’d always told her she could be the hottest girl in our school if she tried. But she maintained a bossy air around her and dressed like a boy.

“Hey, did you do the chemistry assignment?” she asked, forcing her short brown hair into a knot behind her head. “I found it quite tough!” she added.

“I know what you mean,” I answered. “Who cares how atoms bond together. Why can’t we let three-dimensional objects be?”

Ash and I walked on for a few seconds when I heard a car behind us. “Ash, look out!” I yelled, pulling her away from the side of the road as the car zoomed past us. Its tire went through a puddle of muddy water. The drops missed us by inches.

“I bet you twenty dollars it was that jerk, Drew!” growled Ash, glaring at the speeding car as it grew smaller and smaller. “He’s been after me ever since I told the principal he and his cronies were smoking near the school bicycle stands.”

“Well, you know it might help a lot if you don’t feel the necessity to tell on everybody at school,” I said, as we both started to walk again.

“It’s not my fault the school has rules,” answered Ash. “And we as students are expected to follow the rules in order to…”

Blah, blah, blah. I tuned her out. It was something you had to learn if Ash was your friend. She was one of those people who held upholding the rules in high regard. It’s not as if I didn’t follow the rules; it’s that I knew about the line you shouldn’t cross unless you needed to make enemies at school. 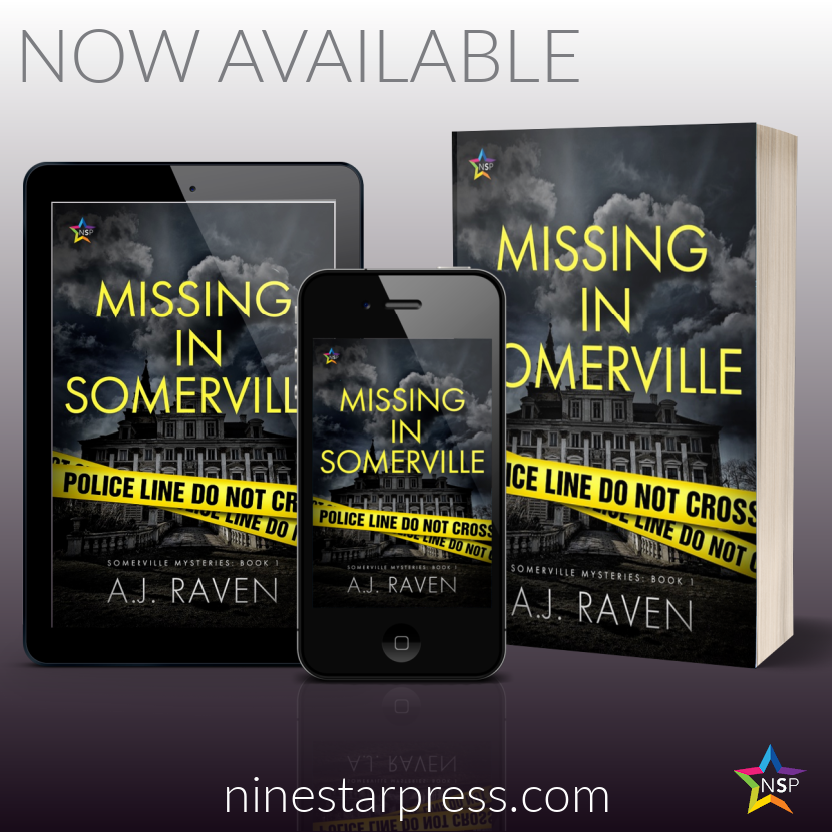 A.J. Raven is an author who likes to write mysteries with queer characters. He likes exploring leads that have a lot to learn and aren’t perfect; they will make mistakes. So, bear with them. You can find A.J. on Twitter 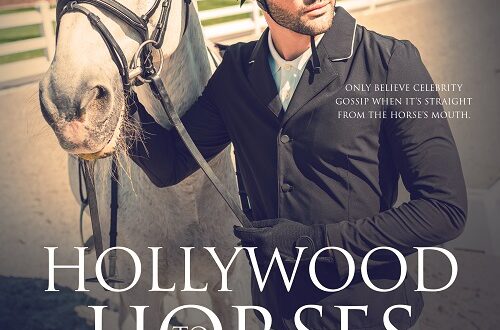 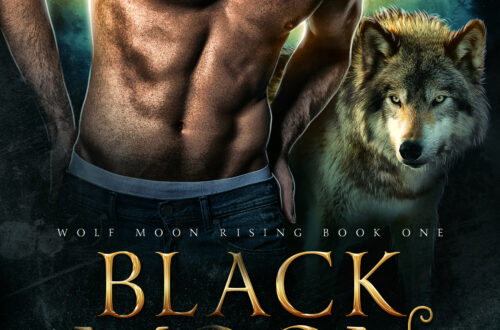 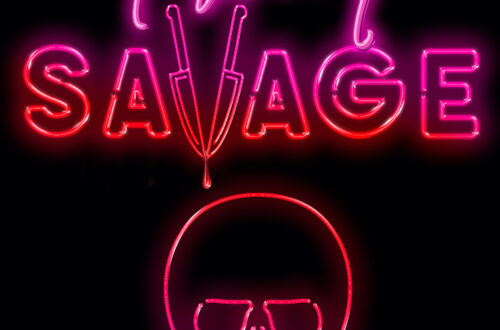