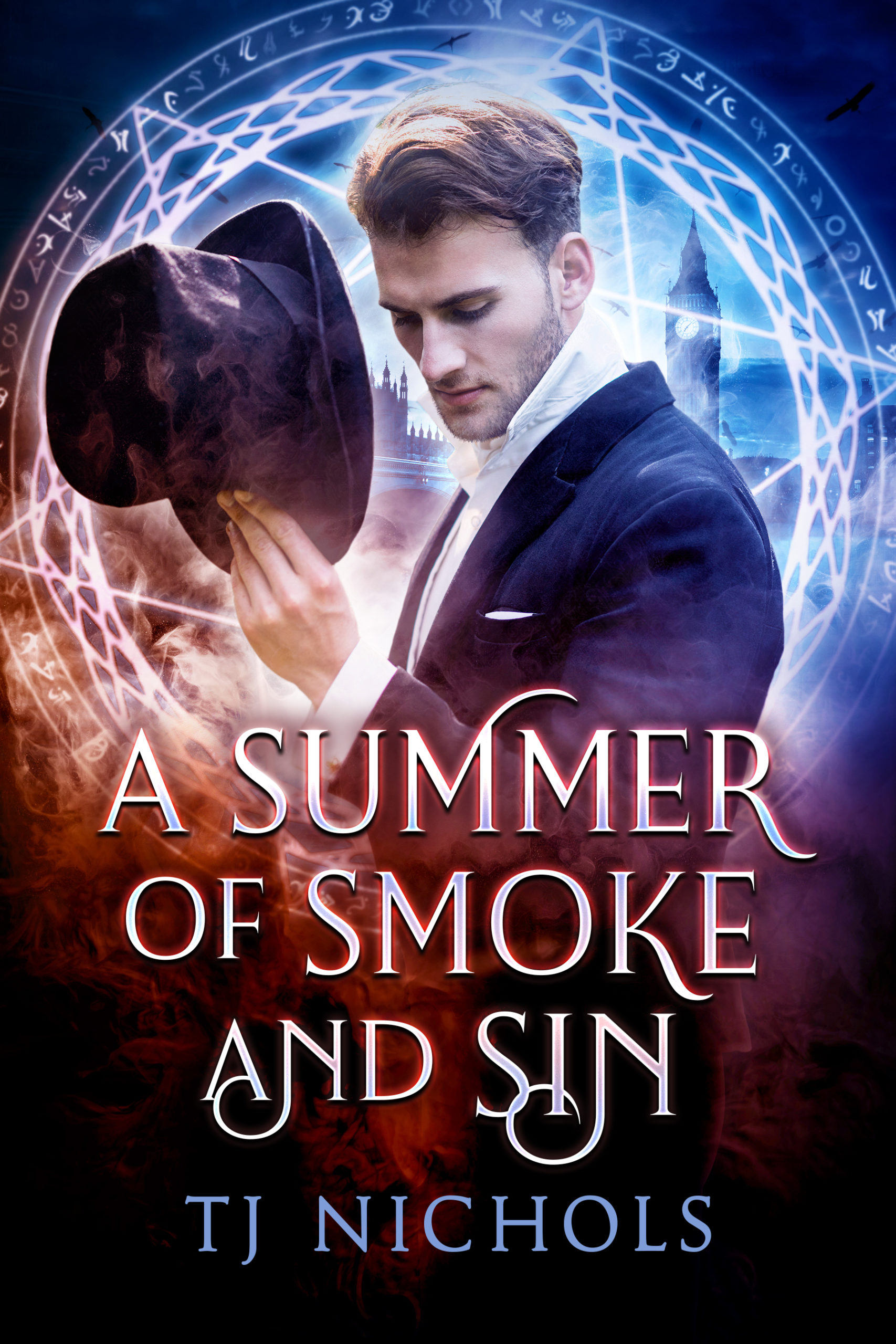 Book Title: A Summer of Smoke and Sin

Nathanial Bayard wants nothing more than to find the nobleman creating snuff pornography. If he fails, his career in the recently formed nobility task force will be over and as the youngest son he’ll be forced to obey his father and join the church. But a life of celibacy doesn’t appeal. Nathanial has never even kissed another man, fearing for his soul and his reputation.

Jericho Fulbright has never lived a wholesome life. After behavior unbecoming he was discharged from the army and sent home in disgrace. His inventor and nouveau riche father refused to have anything to do with him, so Jericho turned to what he knew best: opium, gambling and sex.

As the owner of the Jericho Rose, a club for gentlemen who like men, he enjoys a certain notoriety. Some would say he has a golden tongue, but the truth is a succubus lives within him feeding on souls. Once he needed her help, now she is a burden that keeps him from getting close to anyone.

After the unfortunate death of a young nobleman in Jericho’s bed, Nathanial is sent to investigate. He is scandalized and intrigued by Jericho, but soon realizes that Jericho could be exactly who he needs to help break the snuff case. Together they are drawn into a web of lies that will result in Jericho facing prison unless Nathanial can unmask the real creator of the snuff, a man with rank and privileges that reaches almost to the King.

Nathanial scanned the room. Everywhere he looked there was artwork or statues of naked men. On the small tables were smoking implements, and opium residue stained the glass. He’d never been in such a place before, but it was obvious what happened here.

The owner, Jericho Fulbright, stood in the middle of the room in his garish blue floral robe. The robe didn’t hide his yellow pajamas. He was as extravagant and lacking in morals as the scandal sheets declared. Who wore yellow pajamas? Sensible men wore night robes. “Would you like to dress appropriately before I interview you?”

Jericho smiled. “Would you prefer me to dress?”

Nathanial glanced at his notebook. Yes, he would. Because all he could think about was the two thin layers of fabric that covered Jericho’s body. He’d heard of Jericho Fulbright—who hadn’t?—but the sketches had done him no justice and the cartoon of his flamboyant dress had made him appear to be quite devilish in appearance. He was no devil, though. Just a man.

“I do not care either way.” He was sure he could see the word liar on Jericho’s lips, as though he knew exactly what Nathanial kept hidden.

“Very well then, let’s sit. I’ll call for tea.” Before Nathanial could agree or disagree Jericho rang a small bell, then sat on one of the chaises.

Nathanial perched on the edge of an armchair. “What exactly is this place?”

“Is this part of the interview?”

Nathanial considered Jericho for a moment. His dark hair hadn’t been combed and he hadn’t been shaved. His moustache was unkempt, and he had the general appearance of someone who’d just gotten out of bed. What kind of gentleman went wandering through the house in such a state? “Yes.”

“It is a gentleman’s club.”

Nathanial pointed to a painting of two naked men wrestling, and then a statue of a naked man on his own in what seemed to be either the final throws of death or pleasure; his back was arched, and his mouth was open. “With very specific art.”

Most clubs were much more subdued with art depicting scenes of hunting.

“For gentlemen who appreciate the male form.” Jericho’s voice was as smooth as silk and in that moment, he seemed impossibly pretty and extraordinarily predatory. “Are you suggesting something illegal happens here?”

Urban Fantasy where the hero always gets his man

TJ Nichols is an avid runner and martial arts enthusiast who first started writing as a child. Many years later while working as a civil designer, TJ decided to pick up a pen and start writing again. Having grown up reading thrillers and fantasy novels, it’s no surprise that mixing danger and magic comes so easily. Writing urban fantasy allows TJ to bring magic to the everyday. TJ is the author of the Studies in Demonology series and the Mytho urban fantasy series.

With one cat acting as a supervisor, TJ has gone from designing roads to building worlds and wouldn’t have it any other way. After traveling all over the world TJ now lives in Perth, Western Australia. 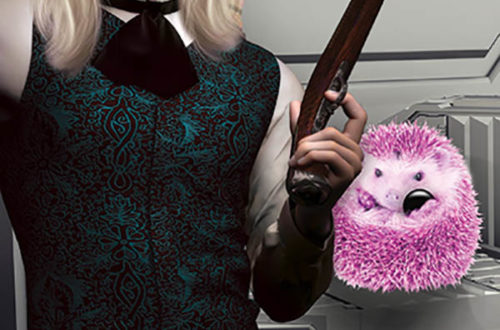