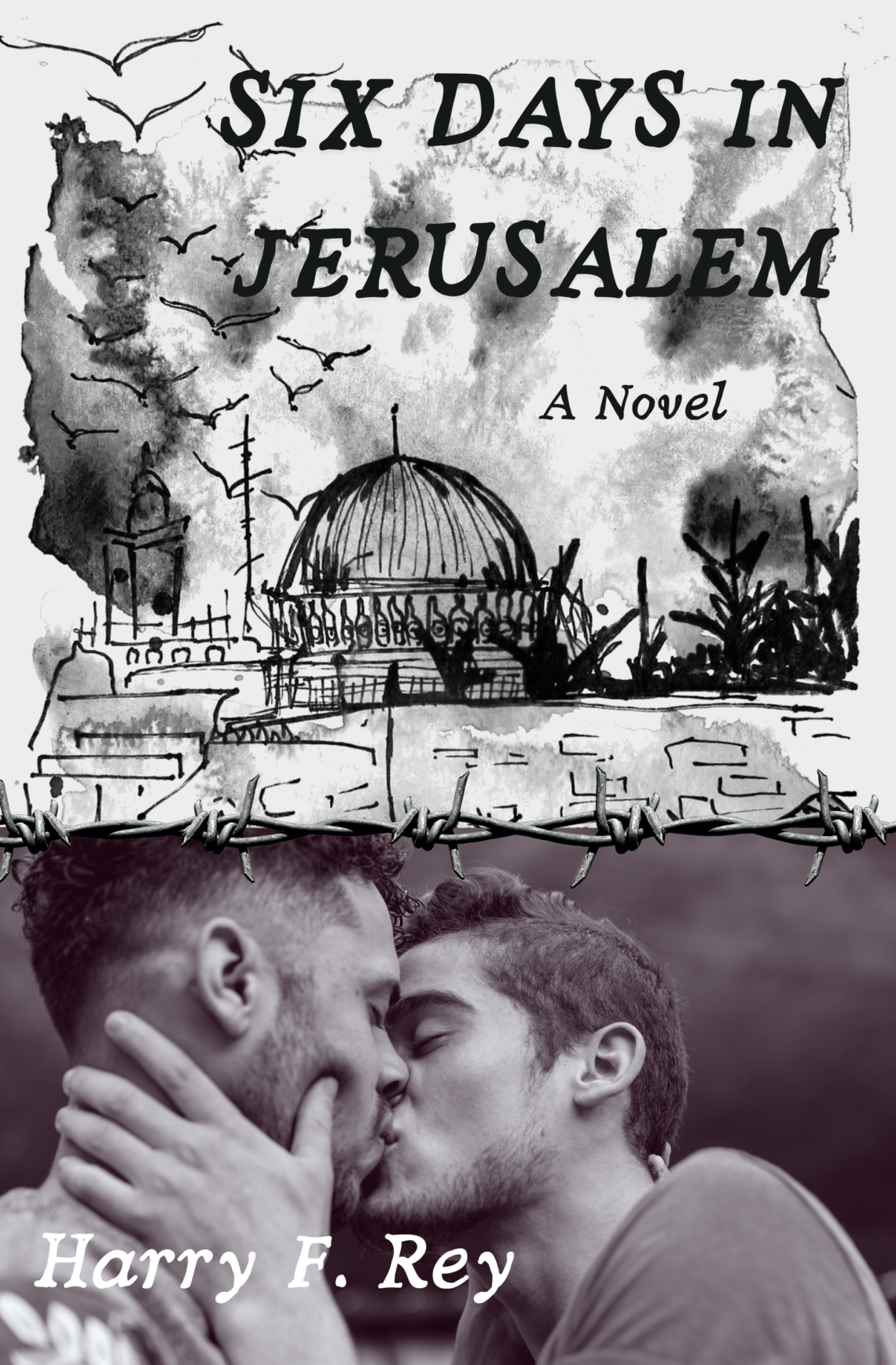 There is no war so great, love cannot overcome it.

Jerusalem, 1967, one day before the sudden outbreak of the Six Day War. In Jordanian East Jerusalem, Omar’s Muslim family are preparing traditional Kurdish dishes for his older brother’s wedding. Meanwhile, across the barbed wire border in Israeli West Jerusalem, Asaf’s Jewish family are also preparing traditional Kurdish dishes for a wedding. Omar slips through the heavily guarded border dividing the city with his Jordanian father’s diplomatic pass, where he meets Asaf in the busy Jerusalem marketplace.

Despite the boys’ searing differences in religion and nationality, their cultural connection sparks a friendship that holds the promise of young love. Slipping across barbed-wire borders, their brief relationship becomes trapped in the flipping pages of history and shifting borders of the Middle East. As Jewish and Arab armies battle across Jerusalem, Omar and Asaf must fight for their own chance at love.

Six Days in Jerusalem is a star-crossed lovers historical gay romance novel about two boys – one Arab, one Jewish – trapped in the flipping pages of history and falling in love against the shifting borders of the 1967 Arab-Israeli War.

A harsh afternoon light spilled through the rickety window, waking Omar up from a sticky, uncomfortable sleep. From the bright blue heavens the light came, ricocheted off the golden dome of the Al-Aqsa Mosque, then speared him straight in the eye like the sharp end of a sundial. In these summer days, the light disturbed long, lazy afternoons an eighteen-year-old free of responsibilities should enjoy. Omar rolled over, wrapped in damp, sweaty bed sheets to face the stone wall, smacking the radio on in the process. Omar had hoped for some James Brown or even Aretha, but it was The Monkees who crackled on Israeli radio station from across the fortified border in West Jerusalem. The Israeli repeater was so weak though that on a foggy day the signal couldn’t even make it past the Mandelbaum Gate, the one crossing uniting two halves of the divided world. On those winter days, Omar would be forced to climb to the roof to pick up a bit of pop music coming down from Damascus or swept on a westerly wind from Amman. East Jerusalem really was the last place on earth to hear a good pop song.

But not today. The Monkees would do fine for this warm June afternoon. With his eyes clamped shut against the harsh light, Omar hugged the stone wall, sucking up all the coolness the Jerusalem stone had to offer. Yet sleep would not come again. The music drowned out most of the noise of Al-Isfahani Street below his window; mainly the motorbikes of the marketmen screeching a shortcut through what by all rights should be a quiet residential road. But The Monkees couldn’t cover the roars of diesel troop trucks or shouts of militarized Arabic coming from the Rockefeller Museum next door, or indeed the wail of the Muezzin which woke him most mornings long before sunrise and now heeded the call for afternoon prayer.

“Is that boy still in bed?” His father shouted from beyond the door of his room. Omar quickly shut off the Hebrew-speaking disc-jockey talking now the song had finished, but even his father’s angry roar couldn’t cover the shrieks from downstairs.

His mother and aunts in the kitchen laughed as women alone do. Omar rolled out of bed in only his vest and shorts, a deep hunger rumbling in his stomach amplified by the enchanting, earthy stench of unraveling vine leaves from the kitchen. If there was anything positive to look forward to in the wedding of his elder brother Hussein, and there was very little, Omar had concluded, it was the food. Pots of yaprach, pots and pots of it. Oil drums full even; of the overcooked sticky leaves stuffed with meat and rice turned deliciously clumpy and patchila from a night and a day being cooked on the gas. That’s what he had to look forward to at the walima feast tomorrow night.

Omar avoided the sight of the teeming walls of the old city just two streets away as he washed his face in the basin beneath the window, glad to hear the familiar slam of his father’s office door downstairs. The Dome of the Rock stood large and imposing from Omar’s view of the northern edge of the old city; beyond Herod’s Gate and the winding alleyways of the Arab souk leading all the way up to al-Ḥaram al-Šarīf where his father and Hussein and all the cousins and uncles and great-uncles and general well-wishers to the family—the ones who loved to say how they had not seen Omar since he was a baby—would soon be gathered for endless prayers before the evening’s nikah ceremony at the mosque.

Tonight’s food would only be tea and cookies and cakes; he’d spied his mom and grandmother making trays of baklava yesterday for the evening’s ceremony, but that didn’t much interest Omar. He’d already stolen a tray of baklava, the foil poked out from under his bed. He gave a quick kick to shove it back under. The food this evening—if tea and snacks could even count as food—was the same standard fare they ate to break their Ramadan fasts. Not that Omar had ever fasted a full day in his life. During the month of Ramadan, he went from place to place around the city, uncovering the secret stashes of wrapped biscuits or bread he’d hidden behind loose stones or window shutters.

No, it was tomorrow’s walima feast that Omar was most interested in, and the vague promise from his aunt Zuhal of an entire pot of yaprach for himself. His mother’s sisters, even his ageing grandmother, had traveled from Kurdistan for Hussein’s wedding. They weren’t going to come all this way and not do the one thing women from Zakho knew how to do best: roll yaprach and swap gossip. From the shrieking downstairs rising like the summer heat, it sounded like there was plenty more rolling to be done.

Harry F. Rey is a Pushcart-nominated author of over a dozen gay books. His novels includes the gay WWII epic Why in Paris?, the queer sci-fi series The Galactic Captains, the royal drama series The Line of Succession, and a teenage rom-com All The Lovers. His work has also been published in a number of anthologies including Not Meant for Each Other from Lost Boys Press, Dark Rainbow from Riverdale Avenue and Queer Life, Queer Love from Muswell Press. His short stories have appeared in literary magazines such Powders Press, Untitled Writing and Queerlings Magazine. He lives in Jerusalem. 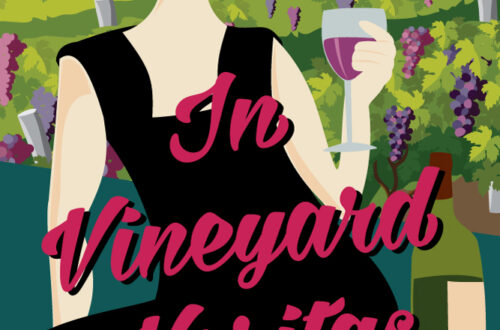 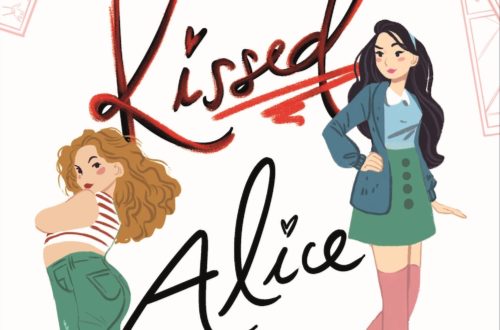