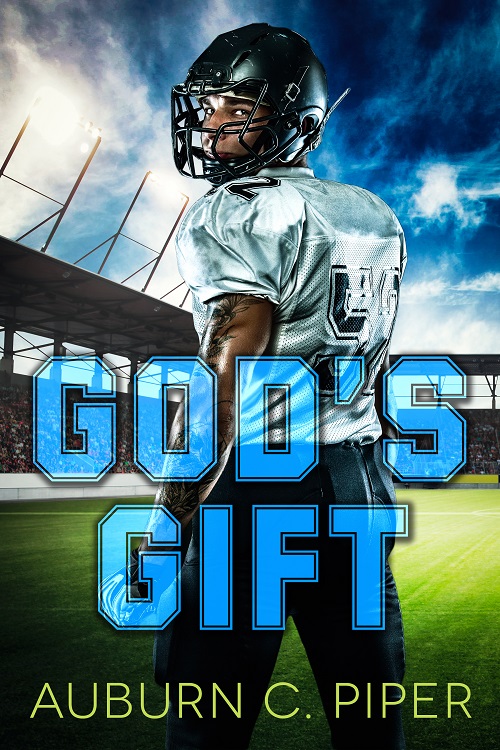 Robert Lee, a high school football star, is treated like a god in his small town as long as he keeps winning and bringing championships.

Lee has his sights set on breaking a sacred football record and all systems are ‘go’ until a new student, Justin, moves into town and turns his world upside down.

A simple kiss has his once-perfect life shattered into a million pieces.

My kingdom is Friday Night, and it spans fifty-by-one-hundred yards. In that space, I perform miracles and astound my following, who are legion. Game night fanatics awash in a sea of black-and-white streamers, pom-poms, and foam fingers. Zealots whose church is a stadium, who worship a scoreboard. They scream for points and lust for victory. They bring me offerings: free fill-ups at the Gas & Go, free food at the cafes and Dairy Queen, straight As on all my report cards. The followers of Friday Night tell me I’m strong and fast and smart. They say I’m the best they’ve ever seen, and there’s no limit to my talent. They worship me, want to be me, parents want their kids to grow up just like me. Their babies wear tiny football jerseys with my number on them. Lucky number 13. They video my games, post highlights on YouTube, Instagram, and Facebook. Thousands hit those vids, including college coaches from across the nation. It’s not arrogance. It’s fact. The God’s gospel.

I can part troubled seas and walk on water.

And to keep the faithful happy, all I have to do is win.

Because I am a God.

I never used to keep track of my stats during a game. It used to be all about the team. Eyeballin’ your numbers isn’t cool. But I know I have more than fifty pass attempts already and maybe close to five hundred yards, maybe more. Some may think that’s a good game. Some may think that’s a helluva game! But to the football learned, it means something is up; there’s a reason you’re throwing so many passes. Our reason? We have no defense, and my offensive line is worthless. Yeah, I know I got a lot of numbers up, but I’m bleeding and hurting like hell too. I look at the faces around me in the huddle. They’re young kids now, mostly freshman and sophomores, all of them wide-eyed and full of fear and fire, praying they won’t screw up too much. I look up at the scoreboard, 62–42. That’s a big score, and there’s only eighteen seconds left. No, they haven’t screwed it up too much. The blocking might have been better, maybe a lot better, but I guess these boys have done all right for themselves, at least offensively. Defensively, well, I don’t worry about that too much. I haven’t played on defense since my freshman year. Defense is the coach’s worry.

“All right! All right! Everybody pull it in! Pull it in close, time-out’s almost over!” I yell at them. The youngbloods gather close, surrounding me, waiting for the words that will inspire them, fill their hearts with fury.

“OK, now, y’all stand up straight while I do this.” I bend over in the center of the huddle and heave. Hot, frothy puke spews out of my mouth and through my face mask. I feel better.

I’ve got liquid goo hanging from my face mask and oozing down the front of my bloodstained white jersey, and the faces looking at me now are full of wide-eyed terror. No worry. I always chunk at least once before or during a game. If I didn’t toss my guts, I’d worry.

If Hollis were here, he would laugh. But Hollis isn’t here. Man-mountain Hollis Strahan—our 300-pound, all-world right tackle and my best friend—is on the sideline nursing a high-ankle sprain and didn’t even dress for the game. Big Hol, that’s what everybody calls him, is pure mean and loves to make people hurt on and off the field, more so off. In a street fight there are no refs and no rules, and Hol never plays by the rules. I’ve seen him make people bleed before, hammer a guy so hard blood spurts out of all his holes. I’ve seen him stand over ’em, too, laughing and smiling after he’d beat them down, then spit on ’em or call their momma a bad name. But Hollis is my boy, best friend since way before we were in school. He keeps me safe in the pocket. When Hol is playing, I never have to worry about getting blindsided and broken.

It’d been a game-time decision to hold Hollis out. Coach Steele told the reporters it wasn’t necessary for him to play, made a big deal about him resting up for the next game. Fine with me. The team we’re playing, the Paducah Dragons, are in a down year anyway. They’re 2–6 and at the bottom of our district. Going up against us, the mighty Plains Plainsmen, state champs three years running, they didn’t have a chance in hell on paper. But like I always say, the game ain’t played on paper, it’s played between the hash marks. To be honest with you, someone else said that. I just like repeating it.

The Drags are a small team but fast, and they came up with a good game plan. They’d let us score as much as we wanted, but they make us bleed for every point. That’s no lie. They’ve been blitzing all night and laying their D-backs off deep. Every damn play there’s been a linebacker or a safety in my face. And without Hollis watching my blind side, it’s been puredee hurtin’ hell. I’ve already been sacked more tonight than I have all season, and I’ve been pretty much on my ass after every throw. But I’m making them pay too. Our receivers are quick as shit and open on almost every play. I hit my boys on ropes. Up and down the field we go, scoring at will. After the first quarter, when Coach Steele understood what their game plan was, he didn’t even bother with trying to run the ball to keep ’em honest. He told me, “Robert Lee, light ’em up.” Again, I never keep stats, but I know I’m having a big night. Even if I hurt like a sum’bitch.

As bad as their defense is, their offense ain’t too shabby. They’re pretty fast, maybe as fast as us, and they have this short Mexican kid for a quarterback who can run rings around lightning and put a BB through a pinhole at fifty yards. Their receivers are beating our secondary almost as bad as we’re beating theirs, and “shorty” is having a career night. But I look up at the clock and see only eighteen seconds left. Speedy’s big night is almost over.

I look at my boys, shake my head. Too damn young!

I say, “How the hell that dumbass reporter picked us to win state after graduating six seniors is beyond me. You boys ain’t nothin’ but babies. Hell, we may be able to score a hundred points, but what good is it when the damn defense gives up two hundred? Eventually, somebody’s gonna come up with a defense that’ll stop us. If I know that for a fact, you know every coach in 3A ball knows it!”

I wonder if what I’m saying is even getting through or if they understand the forces at work here. Nah, ’course they don’t. They’re all dumb jocks, and this game, this season, well, it’s a tangled web, a battle of wills and wants. The Plainsmen machine I’d led for the last three years is gone. This squad, this version of the mighty, is nothing but a shadow of those teams. Those were teams of destiny—three state titles, no one even coming close to us. The perfect pieces and the perfect players that only come along once in a lifetime. No, this isn’t the same team, but I figure it can still be a team of destiny, only a different kind of destiny. A personal kind. This team is a machine, but it’s my machine. I mentioned I never kept stats, well, I didn’t, at least not until this year.

I know damn well there isn’t a chance in hell we’re going all the way. There’s not enough experience, not enough senior vets. Hell, that was obvious to me at the beginning of the season. No, this year is going to be all about me. It’s time to drop my pants and show people the shine on my ass. To show all those recruiters from those big schools this quarterback from a one-horse town can move and throw with the best of ’em. To do that, I’ve got to come up with a big one. I have to throw up a number so huge those big schools can’t possibly ignore me.

Yeah, that’s my big fish. My marlin. It’s what this season is all about. 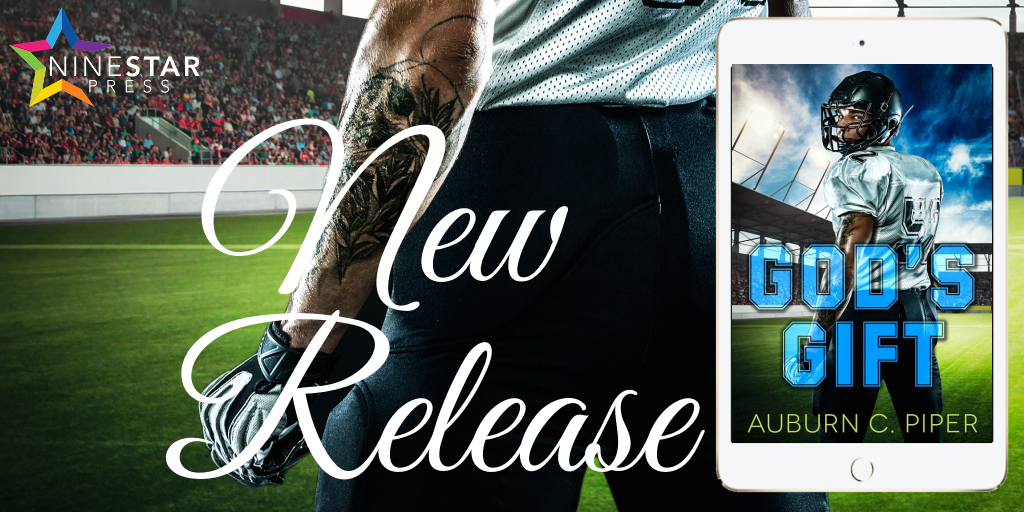 Auburn Piper is an author from rural Paducah, Texas. His first novel is the self-published GOTHA. 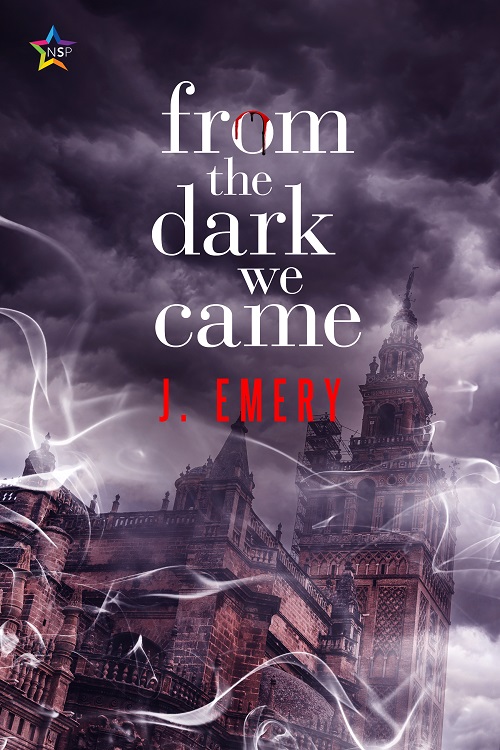 NEW RELEASE BLITZ: From The Dark We Came by J. Emery (Excerpt & Giveaway) 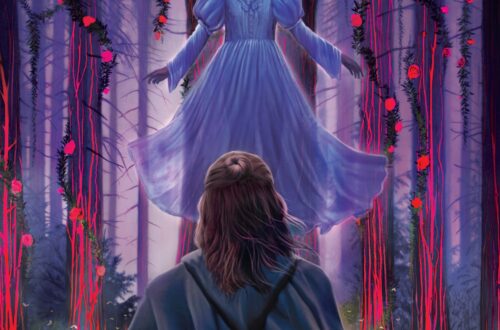